TAIPEI (Taiwan News) -- Over 10,000 workers marched on the streets of Taipei to mark Labor Day yesterday (May 1) and to make six demands, including a 10 percent salary raise, reported CNA.

Organized by the May 1 Action Coalition, the march departed at 2 p.m. yesterday from in front of the Presidential Office on Ketagalan Boulevard and wound its way along Gongyuan Road, Xiangyang Road, Guanqian Road, Kaifeng Street, Boai Road, Zhongxiao West Road, Qingdao West Road, and Zhongshan Road, before eventually reaching the Legislative Yuan.

The six demands the protesters called for included the following:

Taiwan Confederation of Trade Unions Chairman Chuang Chueh-an (莊爵安) told CNA that Taiwan is a developed country therefore living conditions should continue to improve, however wages are getting relatively lower with the actual salary adjusted for inflation going down to the level seen 10 years ago and 40 days have been added to the work year.

Trade Union of Electrical, Electronic and Information in Taiwan Secretary General Lee Ming-che (林名哲) said to CNA that although the number of industries currently exempt from the "one fixed day off, one flexible day off" (一例一休) system are not yet that many, it is likely that after the next election cycle ends next year, more industries will be added to the list. Therefore, Lee urged the public to sign two petitions.

The first petition calls for the abolition of the changes to the Labor Standards Act (勞動基準法) which went into effect on March 1. The second petition calls for a new law that provides 19 national holidays a year to all workers in the country, including public servants. Lee says that 50,000 people have signed the two petitions so far. 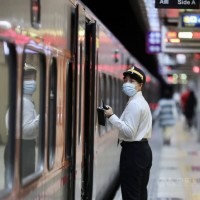