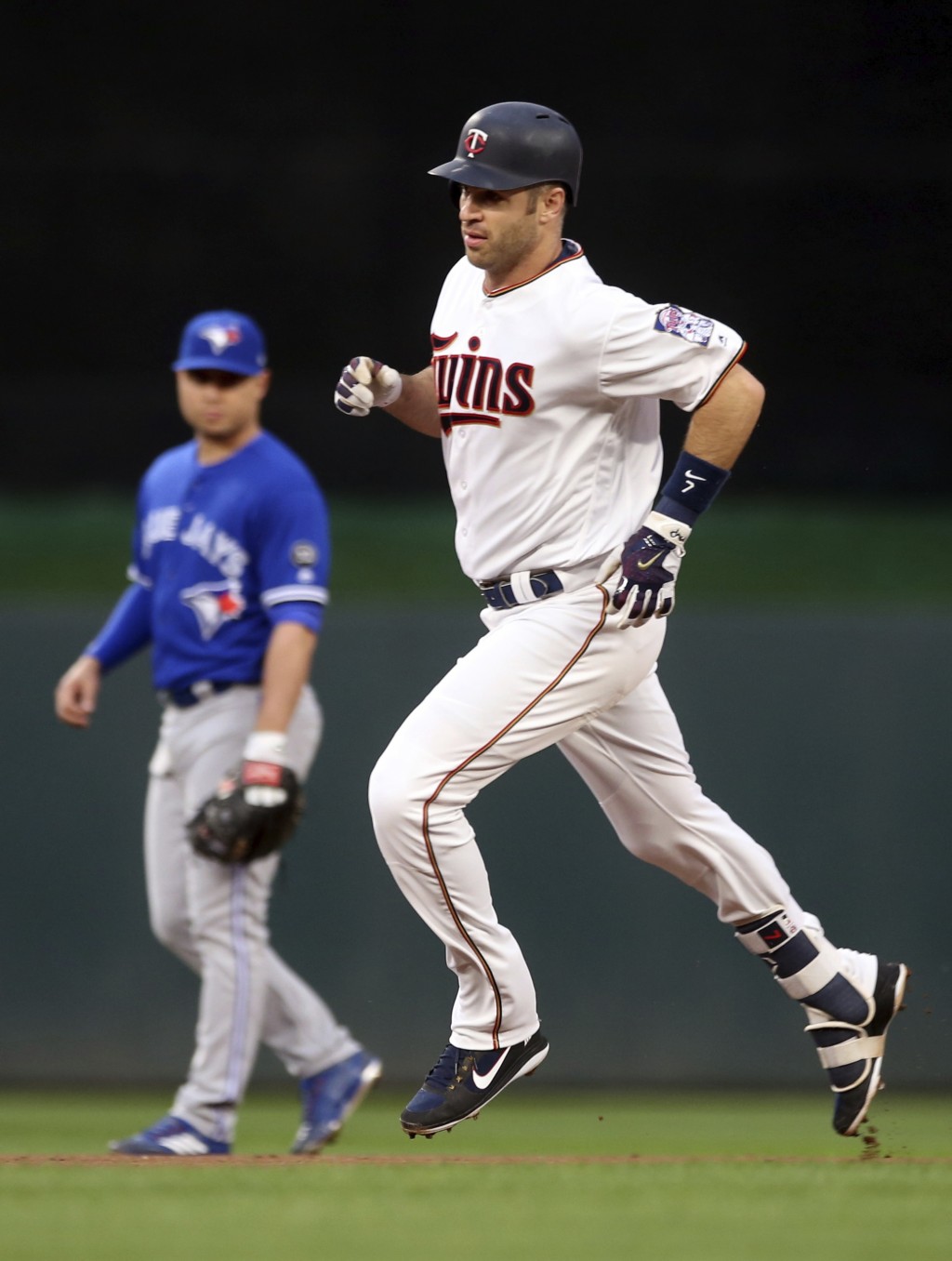 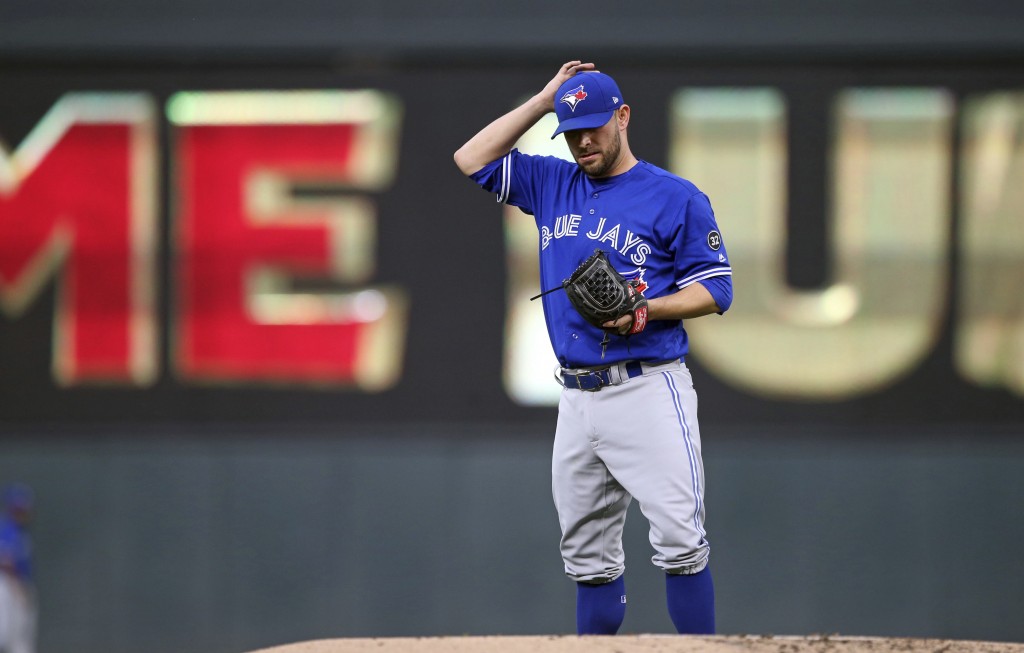 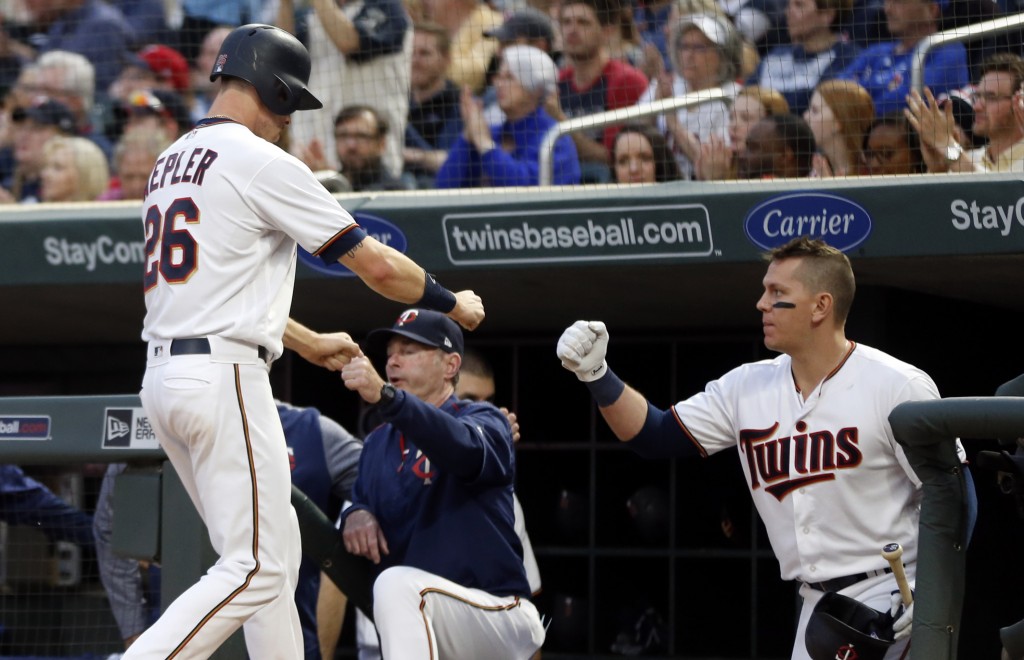 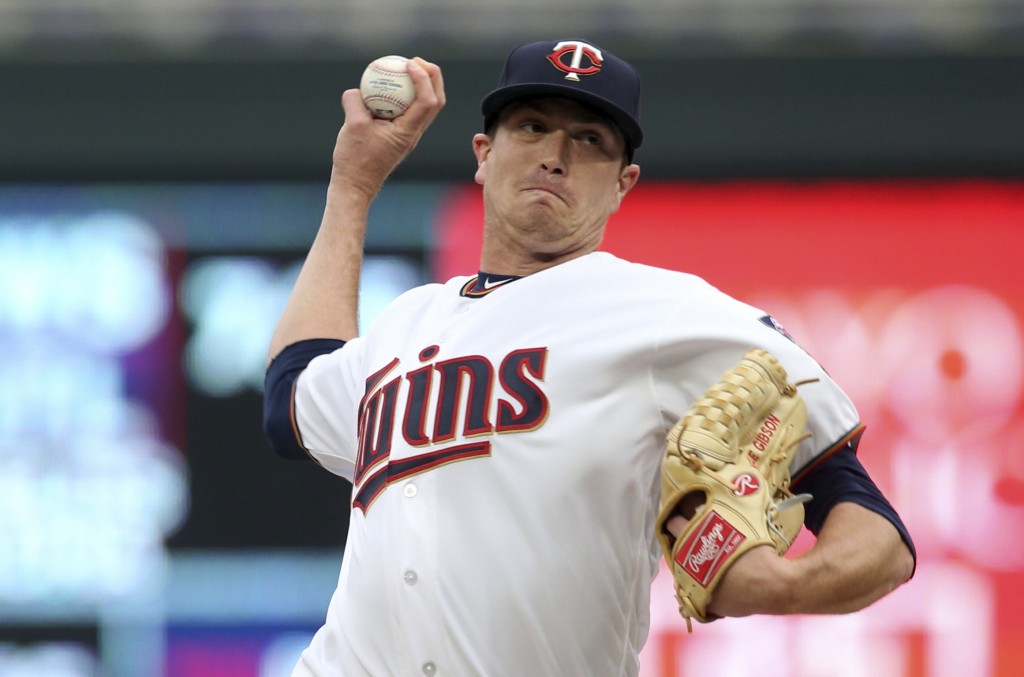 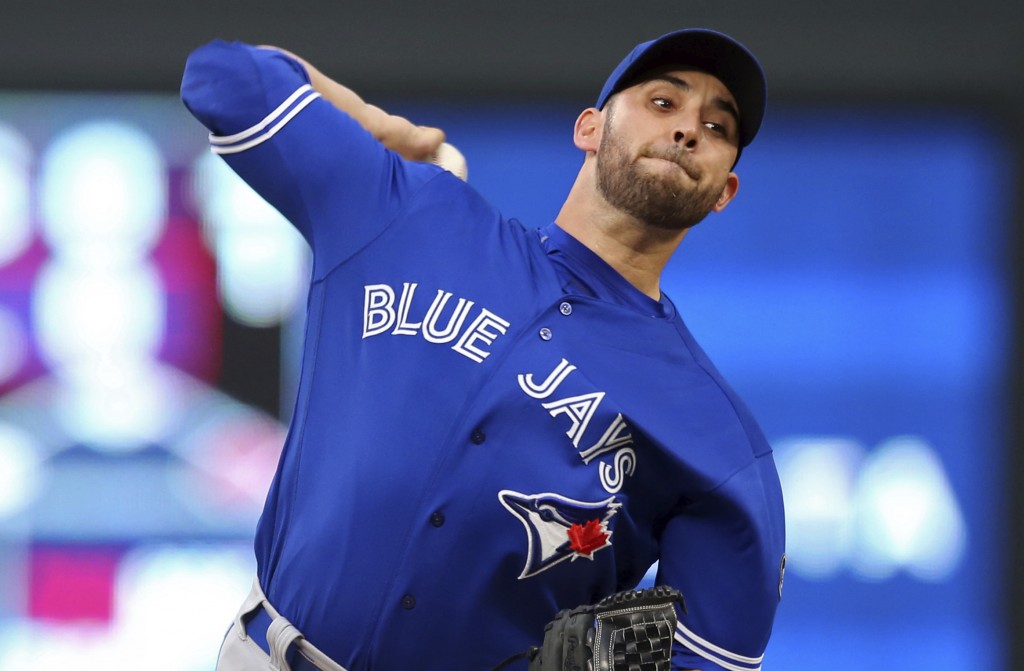 MINNEAPOLIS (AP) — Kendrys Morales homered twice for Toronto and reached base all five times he batted, including an intentional walk in the 10th inning when the Blue Jays scored twice on wild pitches by Minnesota's John Curtiss and sped past the Twins 7-4 on Tuesday night.

The bullpen finished with five scoreless innings for the Blue Jays, with Tyler Clippard (4-0) taking the ninth for the win and Roberto Osuna working the 10th for his eighth save in nine tries.

The Twins, who've tumbled through an alarming two weeks after leaving Puerto Rico with an 8-5 record , have lost 11 of their last 12 games. The Blue Jays improved to 14-0 when leading after eight innings. Their relievers entered the evening with a collective 2.28 ERA, the second-best in the major leagues.

Eddie Rosario put the Twins in front 4-3 in the sixth with a two-run homer , before a sacrifice fly by Kevin Pillar tied the game in the eighth against Addison Reed. Pillar, whose last 10 hits have been for extra bases, then led off the 10th against Curtiss (0-1) with a double.

Morales was walked with one out, and after Pillar swiped third he moved up with his first stolen base since Oct. 2, 2009, when Curtiss ducked late and catcher Mitch Garver didn't throw. Perhaps that rattled the young battery, because Curtiss couldn't find Garver's glove when it counted, let alone the plate. Luke Maile walked to load the bases, and Pillar came home on a wild pitch before Maile did the same. Another run scored between them on an infield single by Aledmys Diaz.

THE MORALES OF THE STORY

Morales used Twins starter Kyle Gibson to snap out of his slump, with a second-inning single that ended an 0-for-21 slide that was tied for the longest of his career. He followed with a solo homer to start the fifth . Justin Smoak's soft two-out single fell in shallow center field to tie the game at 2 later that inning. Then with Ryan Pressly pitching in the sixth, Morales went deep again for the lead with two outs and his 21st career multi-homer game.

Joe Mauer homered for the first time in 35 games, taking Blue Jays starter Marco Estrada deep in the first, and Rosario added an RBI double later in the inning. Estrada, who tied for 10th in the majors last season with a career-high 31 home runs allowed, is tied for second this year with nine homers in 32 innings.

Mauer sent a 3-1 fastball left up in the strike zone over the wall in right-center field for the early lead , his first long ball since last Sept. 17. Mauer took Toronto deep at Target Field with that one, too, a grand slam against Blue Jays reliever Chris Rowley in a 13-7 victory for the Twins. That was also the only one of seven homers last season that Mauer pulled . Mauer didn't homer last year until May, either.

Max Kepler, who has been batting third and playing center field for the Twins with Miguel Sano and Byron Buxton on the disabled list, had his streak of 22 consecutive plate appearances without a single swing and a miss end during his fifth-inning strikeout. That was the longest active streak in the majors.

The Twins assembled a five-man outfield for Smoak when the Blue Jays slugger batted with the bases empty and one strike, moving third baseman Eduardo Escobar over to second, putting second baseman Gregorio Petit in shallow right and sending shortstop Ehire Adrianza to left with Rosario squeezed in as the left-center fielder. Smoak fouled a bunt attempt off in the first inning and eventually struck out. He grounded out in the fourth.

Blue Jays: Morales was a late addition to the lineup as the DH, replacing Steve Pearce. The team cited a managerial decision, not injury, for the switch. ... 3B Josh Donaldson, who has missed 17 games with an inflamed shoulder, went 2 for 2 with a walk and an RBI for Class A Dunedin on his rehab assignment.

Twins: RHP Ervin Santana, whose recovery from surgery on his middle finger is running several weeks behind the original timetable, was scheduled to throw briefly off a mound Tuesday for the first time in his rehab. ... Garver started a second consecutive for the first time this season, with Jason Castro battling a sore knee.

Blue Jays: RHP Marcus Stroman (0-3, 8.88 ERA), who turned 27 on Tuesday, takes the mound for the series finale. He has allowed four or more runs each start.