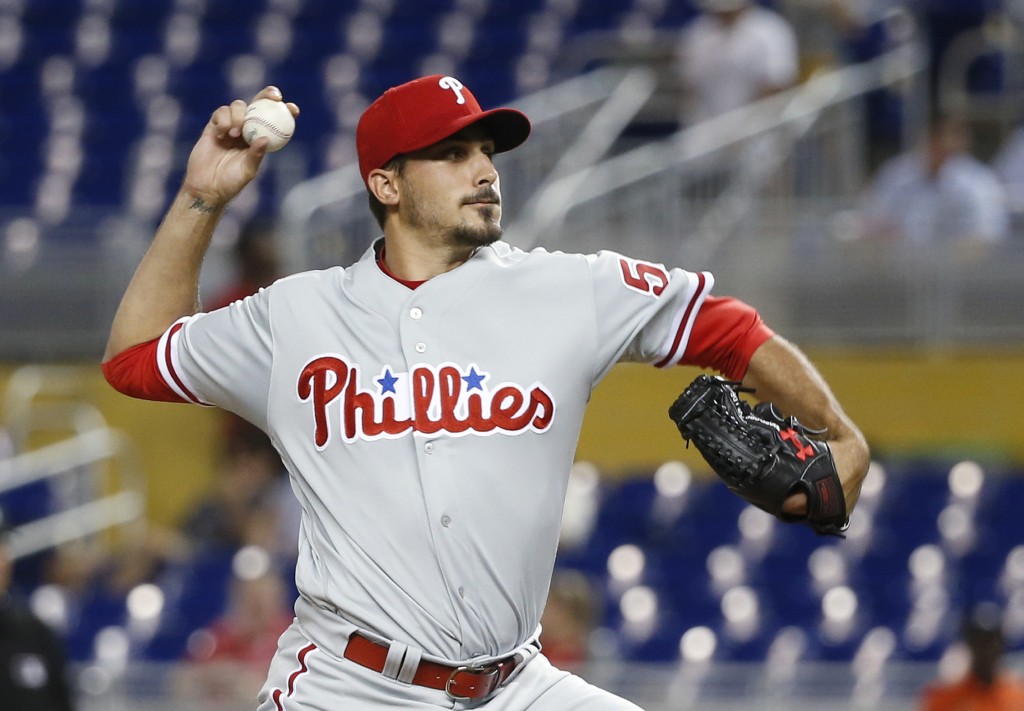 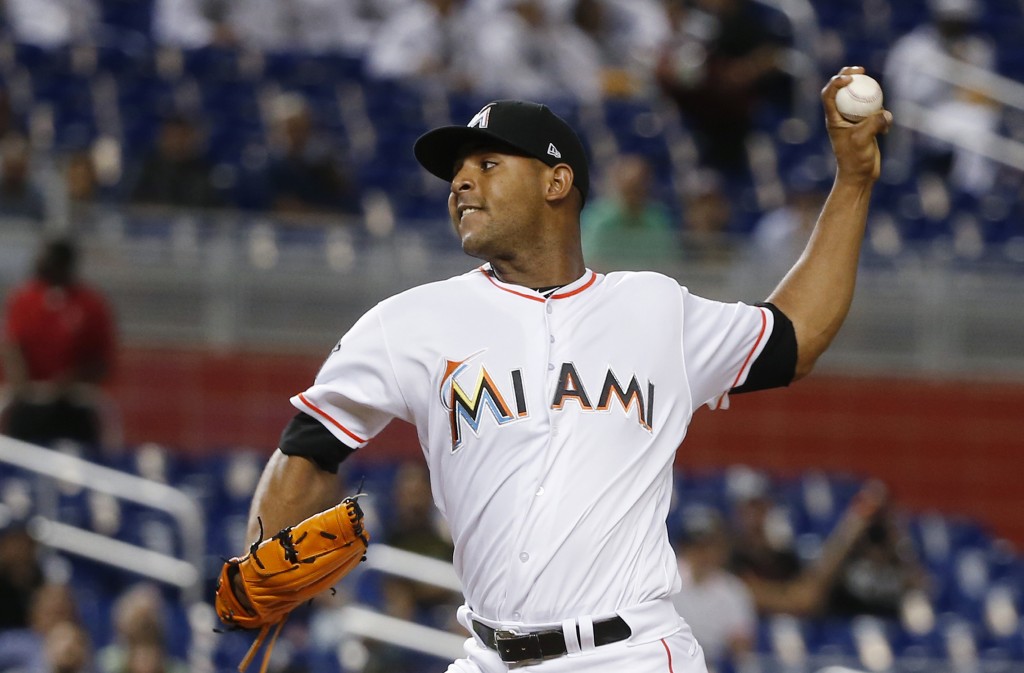 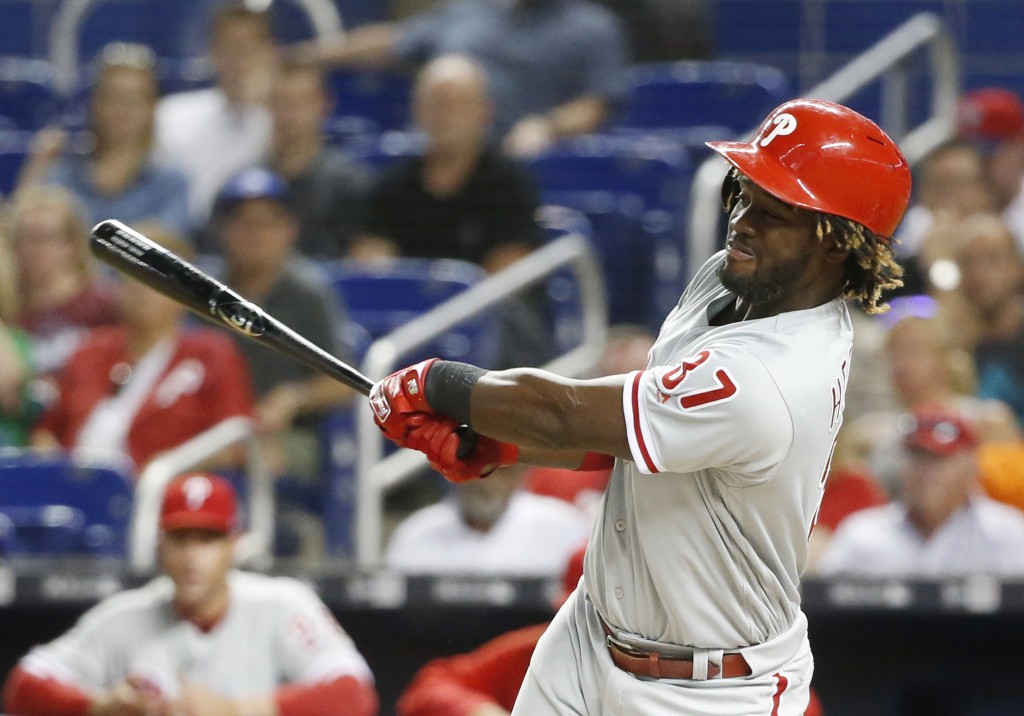 MIAMI (AP) — Pinch-hitter Yadiel Rivera improved his .100 batting average with a one-out RBI single in the 10th inning to help the Miami Marlins win their fourth game in a row and their third consecutive series by beating Philadelphia 2-1 on Tuesday night.

The Phillies lost their fourth consecutive game and fell to 4-1 in extra innings. The Marlins have won six of seven after a 5-17 start.

Cameron Maybin hit a one-out triple in the 10th against Yacksel Rios (3-1). After Miguel Rojas was intentionally walked, Rivera lined a 1-1 pitch to right center.

Junichi Tazawa (1-1) loaded the bases in the 10th, but escaped when Maikel Franco lined out to end the threat. The Phillies went 1 for 10 with runners in scoring position.

Philadelphia's Zach Eflin and Miami's Jarlin Garcia each allowed one run in six innings. Eflin, making his season debut, retired the first 15 batters but gave up a pinch-hit homer to Justin Bour in the sixth.

Bour has been held out of the starting lineup the past four games because of back spasms. The pinch-hit homer was his second this year and fourth of his career.

Just before the homer, Eflin picked Lewis Brinson off first base.

Philadelphia's Odubel Herrera singled in the fourth to reach base safely for the 31st consecutive game, the longest active streak in the majors.

Opposing batters were 0 for 19 with runners in scoring position against Garcia this season before Rhys Hoskins hit a two-out, 3-2 pitch for an RBI double and a 1-0 lead in the fifth. Garcia's ERA in four career starts, all this year, rose to 0.78.

Eflin was perfect until Rojas reached on a scratch double to start the sixth. The Phillies right-hander was called up from Triple-A Lehigh Valley to make the start in place of right-hander Ben Lively, who is on the disabled list because of a strained lower back.

Marlins opening day starter Jose Urena (0-4, 4.91) tries for his first victory of the year against RHP Aaron Nola (3-1, 2.58) in the series finale Wednesday.