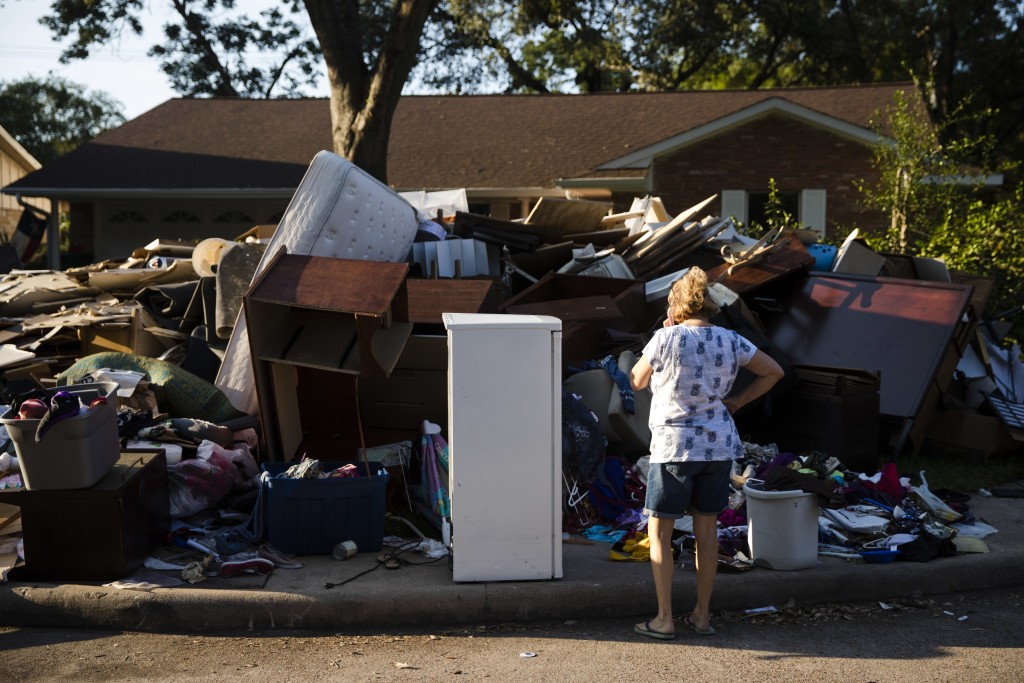 HOUSTON (AP) — Officials in the Texas county hardest hit by Hurricane Harvey voted on Tuesday to request that an August special election be set for a bond referendum in which residents could be asked to approve as much as $2.5 billion to finance critical flood-control projects.

The proposed Aug. 25 election would fall on the one-year anniversary of Harvey's Texas landfall. Harvey's torrential rainfall made it to the Houston area a day later.

The hurricane and the devastating rain that followed last summer caused an estimated $125 billion in damage statewide and flooded thousands of homes in Harris County, home to Houston.

While Abbott would need to grant permission to hold such an emergency election, county officials said they believe the request will be granted.

If approved, the bonds would help pay for various projects, including the widening of bayous and possibly a new reservoir. A list of projects as well as the dollar amount voters will be asked to approve are still being finalized.

Many of the flood control projects being proposed have been discussed for years but have either remained partially completed or confined to the pages of sketches and blueprints due to a lack of money or political will.

The groups "ask you to make hard decisions and prioritize people over projects, public health and the environment, to make equitable investments for our region that address communities that need it the most," said Jordan Macha, executive director of Bayou City Waterkeeper, a Houston-based nonprofit that works on water quality issues.

Emmett pushed for the August date instead of having the referendum on the November midterm election ballot in part because county officials are concerned that federal matching dollars that would help pay for these projects could be fully allocated by the fall.

Harris County Commissioner Rodney Ellis said he has concerns the referendum could fail during a summer election, when voter turnout would likely be low.

"I think we'll be hard pressed to get them to show up in August," Ellis said.

"On the one-year anniversary of Harvey, we're not sitting still. We're going to be fighting back," Emmett said.

Ellis initially voted against the Aug. 25 date but then changed his mind, saying it was for the "sake of unity."

Commissioners said they hope to enter a final order for the August date at their May 22 meeting.