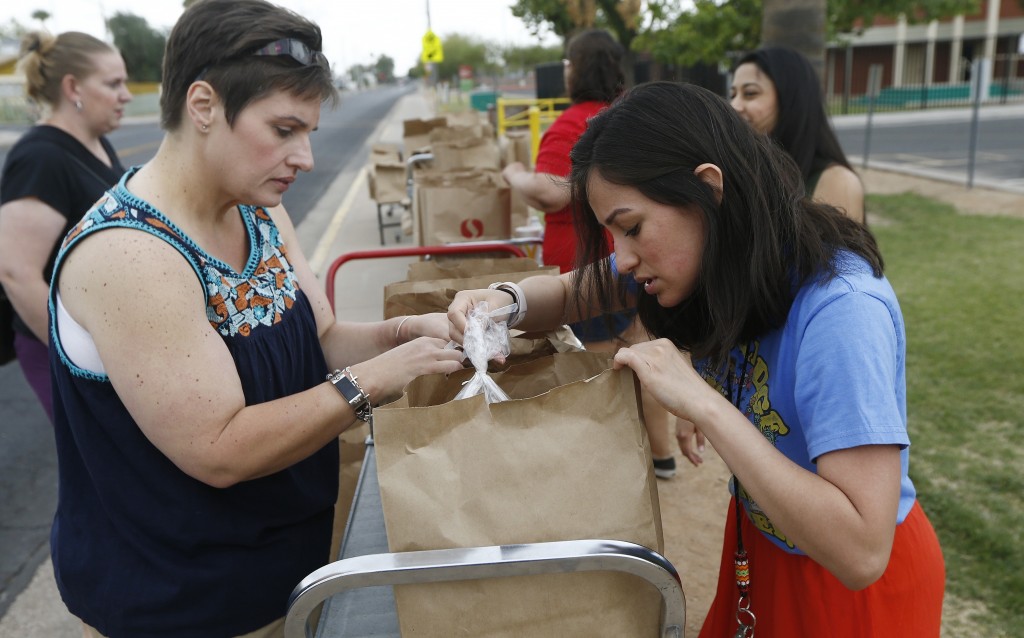 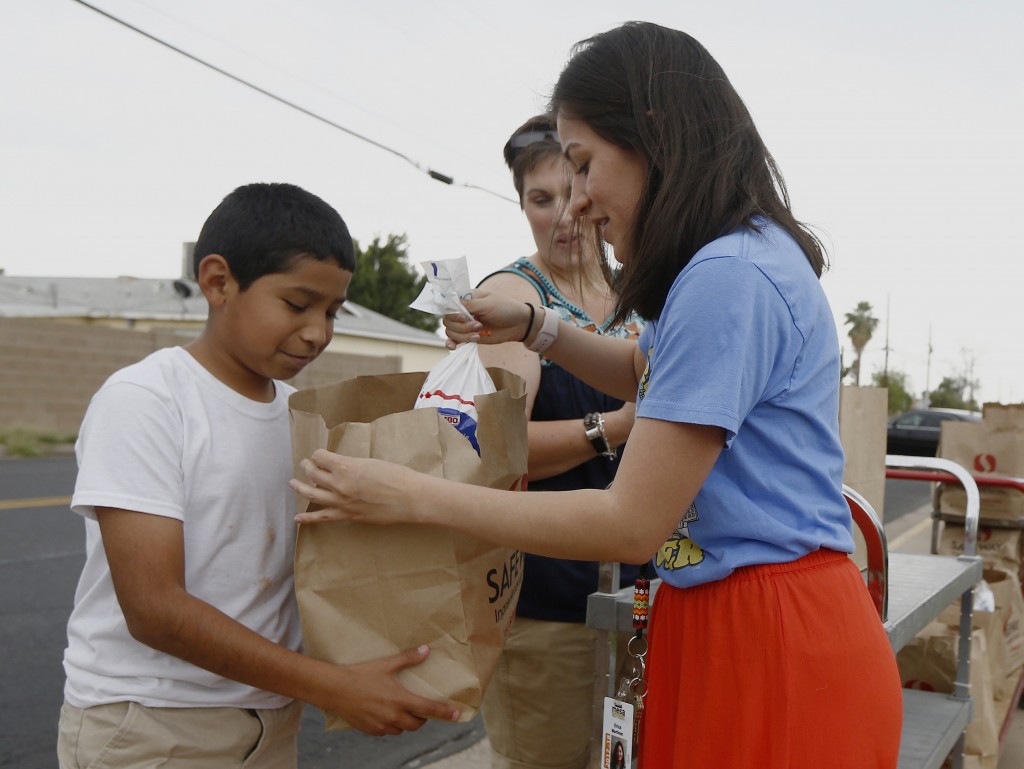 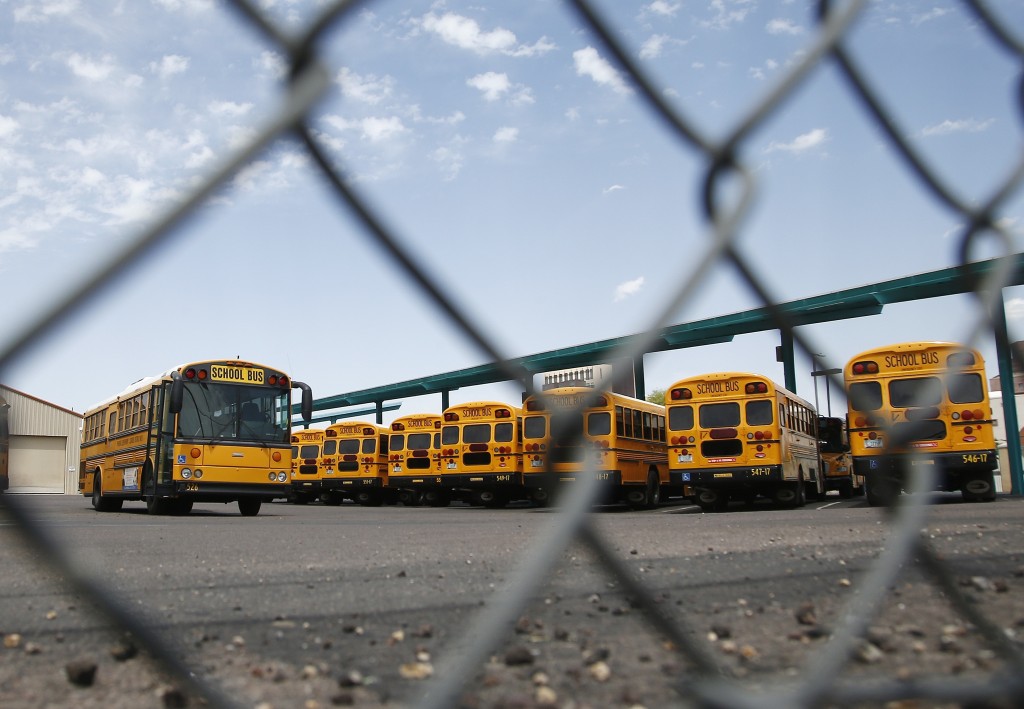 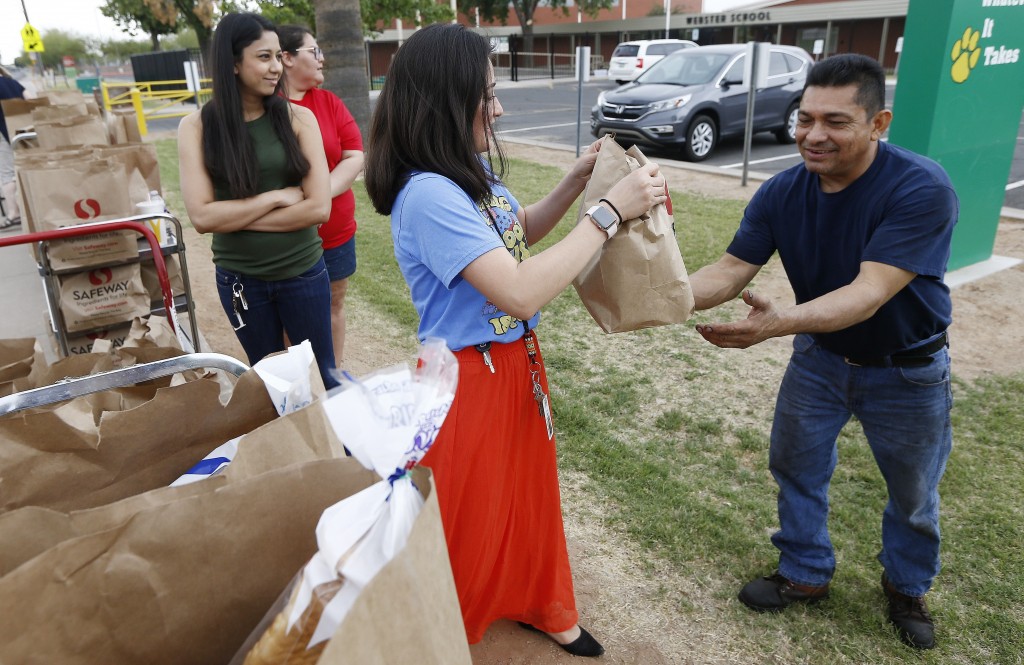 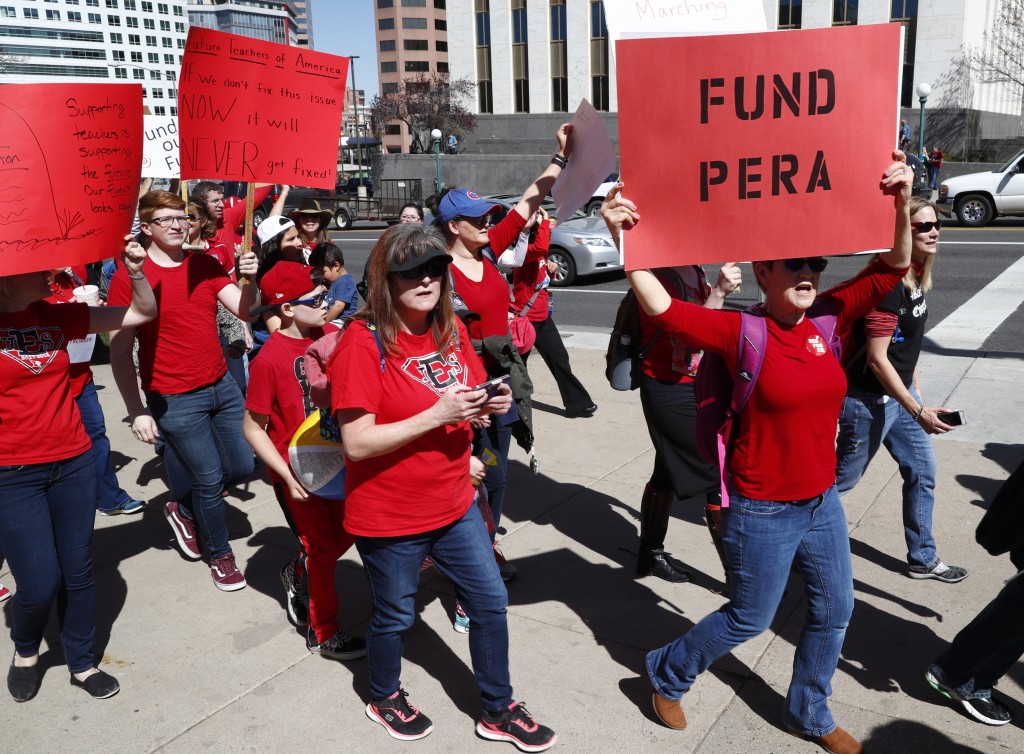 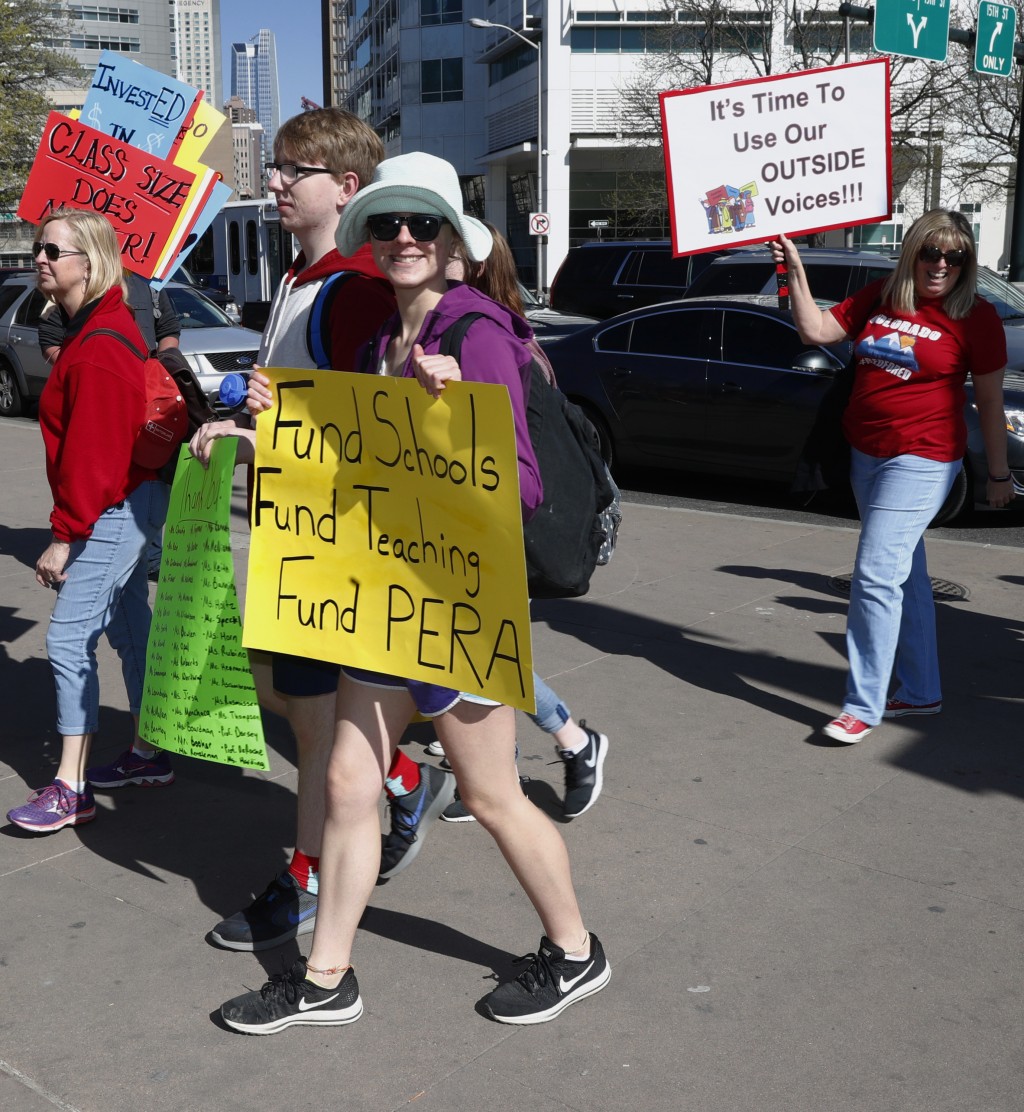 PHOENIX (AP) — While thousands of Arizona teachers pack raucous rallies at the state Capitol, others are helping care for students and trying to maintain community support with schools closed again Tuesday on the fourth day of a historic statewide strike.

Some districts also planned to close Wednesday as teachers demand increased funding for public education. Republican Gov. Doug Ducey and the GOP-controlled Legislature were trying to push through a state budget plan that provides pay hikes for teachers but doesn't meet their other demands for classroom funding.

Grass-roots organizers have urged teachers to hold community events, with some talking to parents over coffee before they head to work and others crowding street corners in red shirts to keep up support.

Gladys Garcia said many of her students rely on free or reduced price meals at Challenger Middle School in Tucson and she organized with colleagues to collect food to hand out at a local public library.

"It's our way to let the kids know, 'We're actively trying to do something for you, please don't feel like we're turning our backs on you,'" the first-year teacher said.

Two-thirds of Arizona's student population was still out of school, though some districts began opening their doors Tuesday. Many community members were supportive of teachers' efforts, but pressure was increasing on some parents and school administrators.

Gabriel Trujillo, superintendent of the Tucson Unified School District, the second-largest in the state, said he doesn't support the walkout because it takes teachers out of classrooms. He said he does support the objectives of the so-called #RedforEd movement, with his schools facing a host of funding needs.

But Trujillo is concerned teachers will lose public support as the strike drags on. He said when he called off school for the fourth day in a row, he received more "angry communications" from parents than he had last week.

"I felt like the energy on Thursday (when the walkout started) was palpable," Trujillo said. "Now that we're into Day 4, I think that's on the line."

Some educators are reaching out to help ease the strain.

Heather Fuentes, an administrative assistant in the Paradise Valley School District, gave an update on the walkout to about 80 parents and community members at a park.

"I think they're starting to get a little anxious, like how much longer do we think it's going to take, and really, we don't know," said Fuentes, who is taking paid leave to participate. "We're trying everything we can to communicate with our community as much as we can.

"They more they know, the more at ease they feel about what's going on," she said.

Kathy Eustace, a special education teacher and vice president at the Mesa Education Association, helped organize the camps and said they had 385 students Tuesday.

The camps provide breakfast, lunch and snacks at no cost, plus outdoor playtime, arts and crafts and instruction-oriented activities. Eustace said the program also was open to students from any district and any grade level — including special education students whose families may struggle to find appropriate care.

"It was very important to the teachers of Mesa that our children are taken care of during this time, that any child who needed a place to be had one," she said.