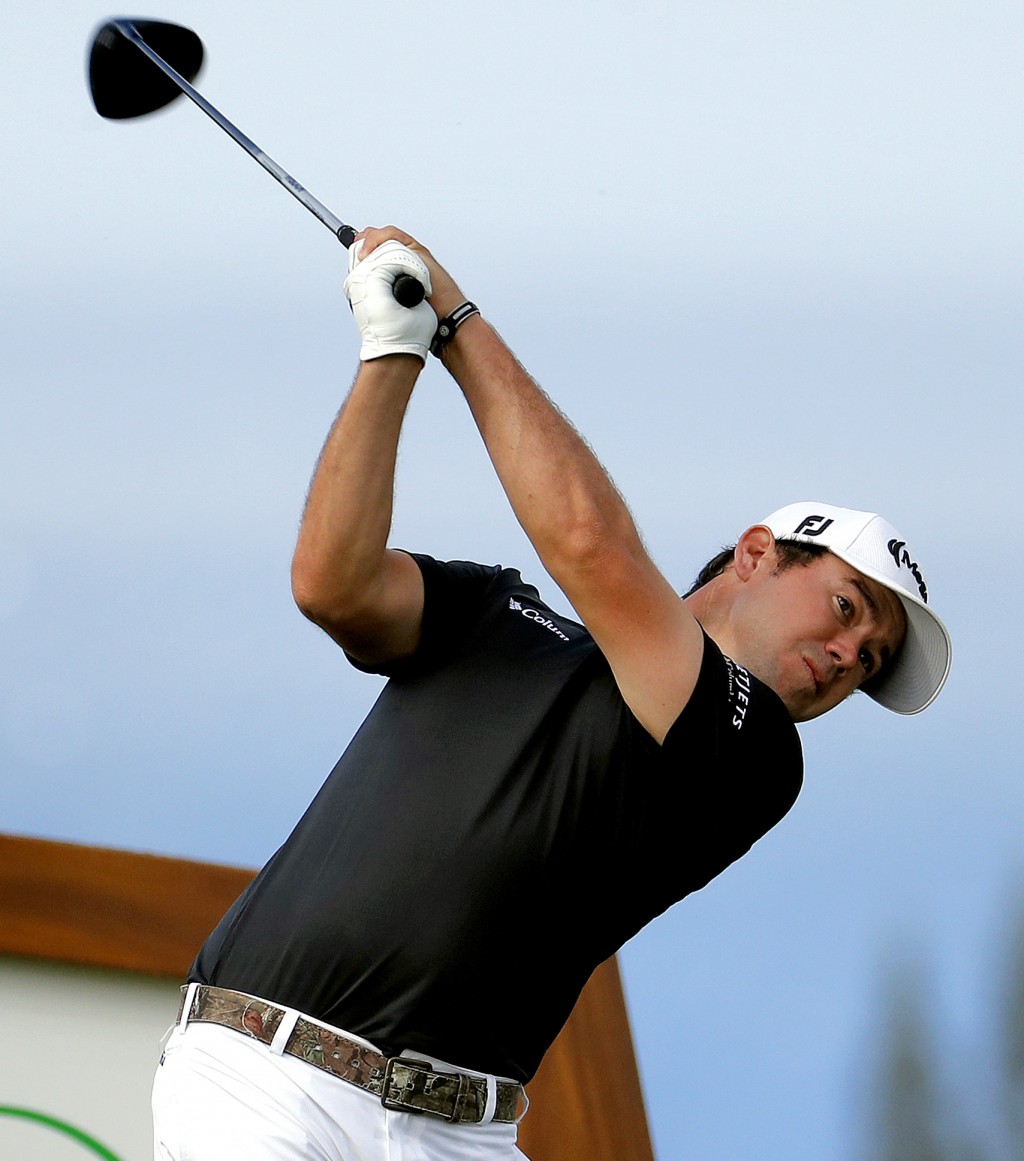 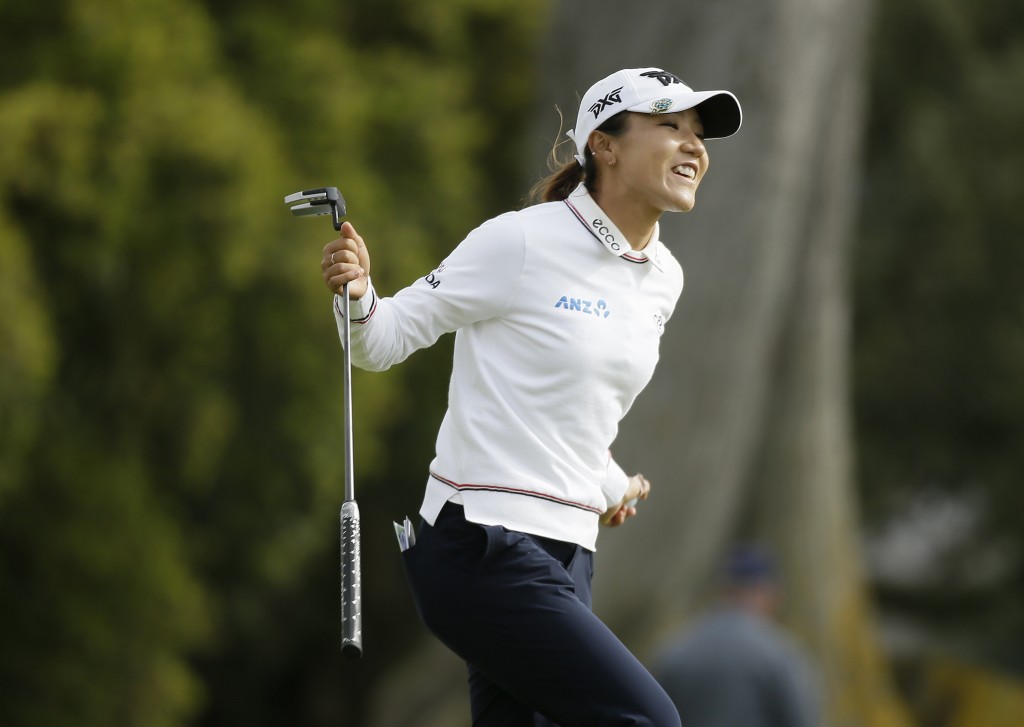 CHARLOTTE, N.C. (AP) — Brian Harman is coming off his best season on the PGA Tour — winning the Wells Fargo Championship, taking the 54-hole lead in the U.S. Open and finishing runner-up for his best result in a major, and finally making it to the Tour Championship.

The letdown occurred immediately after the season when he didn't make the Presidents Cup team. Harman had only one top-10 finish, and one other finish in the top 20, after the U.S. Open and wound up 12th in the standings.

He approaches the biggest part of this season at No. 10 in the Ryder Cup standings, a chance for redemption.

"I would be lying if I said I wasn't thinking about it a lot," Harman said Tuesday ahead of the Wells Fargo Championship. "The team stuff has always really kind of excited me. I love match play. It's just a different kind of golf. I feel like I've done pretty well in match play, and it's definitely on my radar. It's something I've really circled this year, and I'm trying my best to qualify for the team."

Harman made his debut in the Dell Technologies Match Play this year and beat Rory McIlroy, 5 and 3, to win his group. He had a tight match against eventual winner Bubba Watson until losing on the 17th hole.

Harman defends his title at Wells Fargo on a different golf course, but one that is still familiar.

He holed a 30-foot birdie putt on the final hole at Eagle Point in Wilmington to beat Dustin Johnson and Pat Perez. Quail Hollow hosted the PGA Championship last year, where Harman tied for 13th. He also tied for 10th in 2013 at Quail Hollow.

"I've had a nice year, a bunch of top 10s," Harman said. "But when you come back as the defending champ and you don't have any other wins ... it's been a year since I've won a tournament, so that's high on my list."

Quail Hollow now joins the list of golf courses that have hosted PGA Tour events and major championships, though not in the same year. The Wells Fargo Championship was held at Eagle Point last year so Quail Hollow could prepare for the PGA Championship.

Only four courses — Pebble Beach, Torrey Pines, Riviera and Pinehurst No. 2 — have held majors and tour events in the same year.

Justin Thomas hopes to join some exclusive company — winning on the same golf course where the player won a major the year before. The last player to do that was Jack Nicklaus. He won the 1972 U.S. Open at Pebble Beach and the Bing Crosby National Pro-Am in 1973.

Before that, Woods won the U.S. Open at Pebble Beach in 2000 and the next year tied for 13th in the AT&T Pebble Beach National Pro-Am.

Of the 9,049 entries for the U.S. Open, more than 8,500 of them are already at work — or in the case of retired Dallas Cowboys quarterback Tony Romo, done dreaming about teeing it up at Shinnecock Hills.

Romo failed for the second straight year to advance out of 18-hole local qualifying, which began Monday.

Another one is scheduled Tuesday in New Mexico, and 110 others will follow across the country through May 17 (one in Alaska, two in Hawaii). The goal is to reach 36-hole sectional qualifying at 12 sites on June 4 (along with one in England; the other international site is May 21 in Japan).

It's a long road for most of the entries, but it can be done. Over the last 20 years, an average of 28.5 players has made it through local and sectional qualifying. Cameron Champ was among 21 players who made it through both qualifiers last year. He tied for 32nd at Erin Hills.

Spencer Levin made it through both stages in 2004, the last time the U.S. Open was at Shinnecock Hills, and he tied for 13th that year.

Players who make the cut at the U.S. Open are exempt from local qualifying the following year.

Russell Henley and Scott Langley tied for 16th at Pebble Beach in the 2010 U.S. Open. Both were amateurs. Both made it through local and sectional qualifying. Three years later as PGA Tour rookies, they shared the 54-hole lead at the Sony Open until Henley prevailed.

The European Tour has added another tournament to the Middle East swing, and it already is lining up star players.

The Saudi Arabia Golf Federation says the tournament will start Jan. 31 at Royal Greens Golf & Country Club, situated along the Red Sea coastline. Still to be announced are the name of the tournament, the size of purse and tournament partners.

But organizers said last week at the official opening of the club that Dustin Johnson and Masters champion Patrick Reed already have agreed to play. Also in the field will be Paul Casey and Ryder Cup European captain Thomas Bjorn.

The European Tour had four events this season in the Middle East — Abu Dhabi, Dubai, Oman and Qatar.

The Saudi Arabia event will be held the same week as the Phoenix Open. Johnson and Casey (who lives in Scottsdale, Arizona) did not play the Phoenix Open. Reed has played the TPC Scottsdale four of the last five years without ever finishing in the top 15.

Tiger Woods had a new set of TaylorMade irons in his bag Tuesday at the Wells Fargo Championship. Woods tweeted a photo of them and said that "Phase 1 of irons development" is complete. ... Branden Grace missed the Zurich Classic last week when his wife gave birth to their first child, a son they named Roger. Grace was replaced by Charl Schwartzel, who teamed with Louis Oosthuizen to finish third. ... Vijay Singh has signed up to play in the Fiji International for the fifth straight time. Singh will be joined by Ernie Els at Natadola Bay Championship Golf Course on Aug. 2-5, the same week as the World Golf Championship at Firestone. ... Lucas Glover in 2011 is the only player to post all four rounds in the 60s at Quail Hollow.

The Wells Fargo Championship is the only regular PGA Tour event where Tiger Woods has missed the 36-hole cut twice.

"In golf, you say it's such an individual game. But without the team around, you really can't do it." — Lydia Ko.