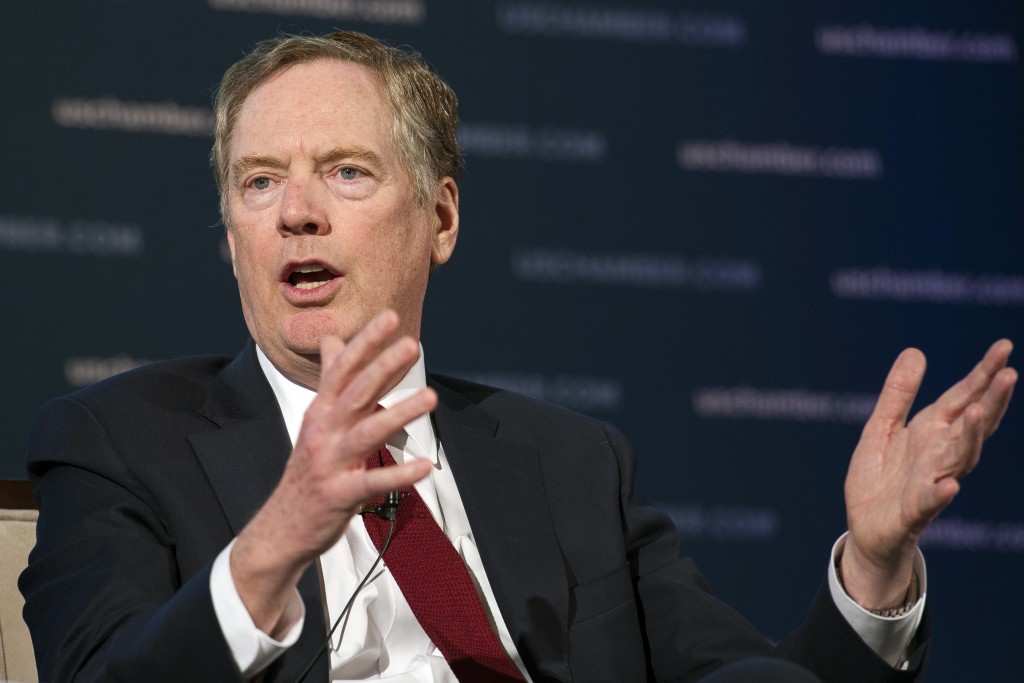 WASHINGTON (AP) — The White House's on-again, off-again tariffs are heightening uncertainty for U.S. companies that buy steel and aluminum and the foreign companies that supply them.

And major American allies, from Europe to Canada and Mexico, are signaling increasing resentment.

Delivering its second reprieve for steel and aluminum imports, the Trump administration late Monday postponed the tariffs that had been set to take effect Tuesday. But it decided to limit the delay to 30 days. After that, no one knows what the administration will do.

"It's nice to have a little breather," said John McDonald, an executive at Trans-Matic Manufacturing, a supplier of precision metal components in Nashville, Tennessee, which buys $16.5 million in steel annually, some of it from Finland, the Netherlands, Russia and Taiwan.

But "the uncertainty is going to continue," McDonald said. "We're struggling with supply availability, lead times."

With the potential conflict only delayed, the European Union, which has vowed to slap tariffs on American bourbon, motorcycles, blue jeans and other goods if the U.S. taxes its steel and aluminum, warned that it won't "negotiate under threat."

The delay comes just as the United States prepares for high-stakes trade talks with China this week over Beijing's efforts to challenge U.S. technological dominance.

The rift with the EU and other allies stems from the Trump administration's decision in March to impose tariffs of 25 percent on steel and 10 percent on aluminum imports. In doing so, it made the unusual claim that a dependence on imported metals posed a national security threat to the United States.

But it soon backed off, for a time. It granted the EU, Mexico and Canada exemptions from the tariffs that were to expire Tuesday before they were extended for a month at the last minute.

Separately, the United States has reached a deal with South Korea, which agreed to limit steel shipments to the U.S. in exchange for being spared the tariffs. Some analysts suspect that the Trump trade team hopes to pressure the EU and others to accept quotas on their steel exports to the United States as the price for having the tariffs lifted.

Speaking Tuesday at the U.S. Chamber of Commerce, U.S. Trade Rep. Robert Lighthizer avoided saying whether the administration would be willing to extend again the one-month delay in the tariffs. Lighthizer also said "we more or less have an agreement" to permanently exempt Argentina, Australia and Brazil from the metals tariffs.

The U.S. is seeking to use the tariff threat to pressure Canada and Mexico to rewrite the North American Free Trade Agreement more to President Donald Trump's liking. Among other things, Trump wants to see more auto production moved to the United States.

But Chad Bown, senior fellow at the Peterson Institute for International Economics, says "Canada and Mexico look at the NAFTA negotiations as a long-term deal. They're not going to take shortcuts and agree to a bad deal that has long-term implications" just to escape the immediate threat of steel and aluminum tariffs.

"The administration has created a moment of crisis but made it very difficult politically for all sides to get out of this and still claim victory," Bown says.

In the meantime, manufacturers that buy steel and aluminum are struggling with uncertainty. The Swedish appliance maker Electrolux in March postponed plans to modernize a plant in Springfield, Tennessee. That decision had consequences for the tool-and-dye maker Vaughn Manufacturing in Nashville, which has been supplying Electrolux for years. Vaughn has had to delay plans to expand its staff of 60 until the tariff situation is resolved.

The U.S. tariffs would likely raise steel prices in the United States, thereby increasing costs for American manufacturers that buy steel and putting them at a competitive disadvantage with foreign rivals that can buy cheaper steel.

"If those tariffs were to hit, our prices would go up and we would no longer be competitive," says Trans-Matic President Patrick J. Thompson.