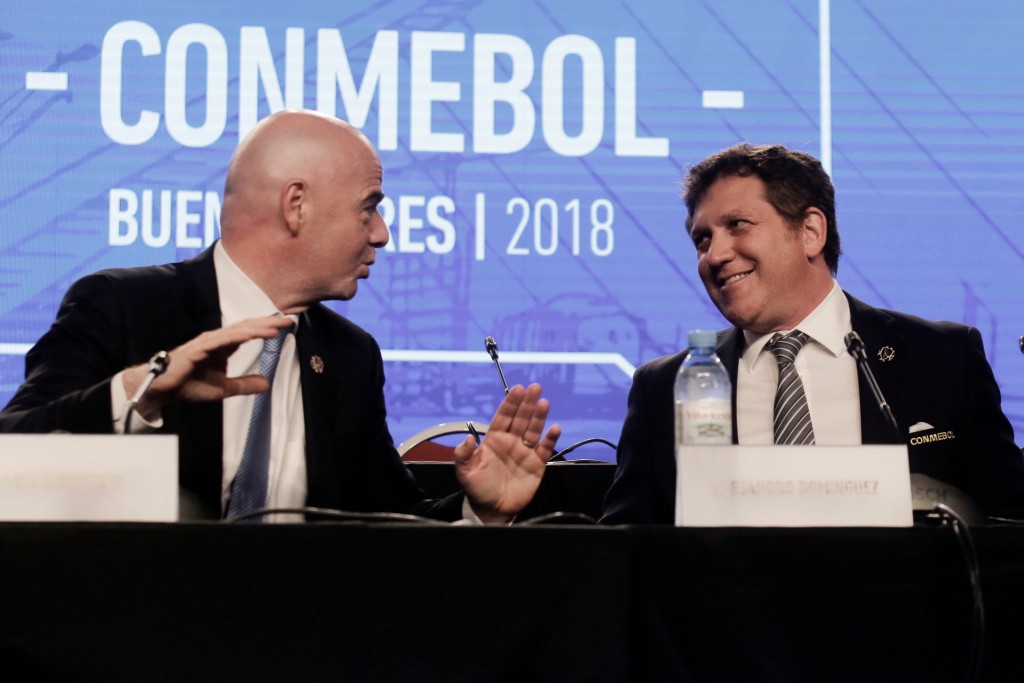 European football federations stand to earn up to $75 million every two years if FIFA's plans for new global league are approved.

The extent of the windfall is outlined in a letter from FIFA President Gianni Infantino to members of his ruling council, which has been seen by The Associated Press.

Infantino said an international consortium would underwrite guaranteed revenues of at least $25 billion over 12 years to create the Global Nations League on a two-year cycle for more than 200 national teams and expand the Club World Cup from an annual eight-team competition into a quadrennial event for 24 participants.

The global league plan was developed by UEFA , where Infantino was general secretary until 2016, to replace friendlies.

A complex format starts with regional qualifying groups with promotion and relegation, leading to intercontinental finals brackets in seven divisions. The pinnacle is an eight-team mini tournament of teams from five continents, including three top European countries and two South American. It would likely be hosted in one nation in as few as eight days in October or November of odd-numbered years.

In a proposal configured for Europe, FIFA forecasts that the five top nations could each be guaranteed to receive $37.5 million to $50 million to play six games in the initial phase of the GNL.

Each team qualifying for the "Final 8" competition would bank $15 million and another $5 million for being runner-up or $10 million for winning the GNL. FIFA would compensate countries who lose the dates currently reserved for friendlies they organize.

The overhaul of international football would herald the end of the mostly unloved Confederations Cup that functions as a warmup event for World Cup host nations. Germany only collected only $4.1 million for winning the event last year.

FIFA would have a 51-percent stake in a joint venture with the investors that would run the new competitions and an agency would be used to commercialize the competitions, including selling television rights.

"Obviously, should you feel that more time is needed for the Nations League as it does not only concern FIFA, the project could also be split and the two competitions could be discussed separately," Infantino wrote in the letter seen by the AP. "This would probably entail a change in the financial terms related to the Nations League, but it could certainly be explored further.

"Should the confederations show their willingness to move forward, an extraordinary FIFA Council meeting would be called around mid-May to finalize FIFA's position on the strategic matters impacting this project."

Infantino, who hosted talks on the new competitions with officials from football's six continental governing bodies on Monday, said the GNL will "strengthen and enhance" international football with more competitive matches.

"Matches would be ensured for all national teams and this format would offer a concrete, guaranteed, long-term financial security for all of FIFA's member associations and substantially increase their current revenues. This would significantly support the member associations' efforts in football development on their territories."

Here is a breakdown of the proposed distribution of GNL revenue to European nations in the group stage for playing six games over two years:

Prize money for the GNL Final 8: