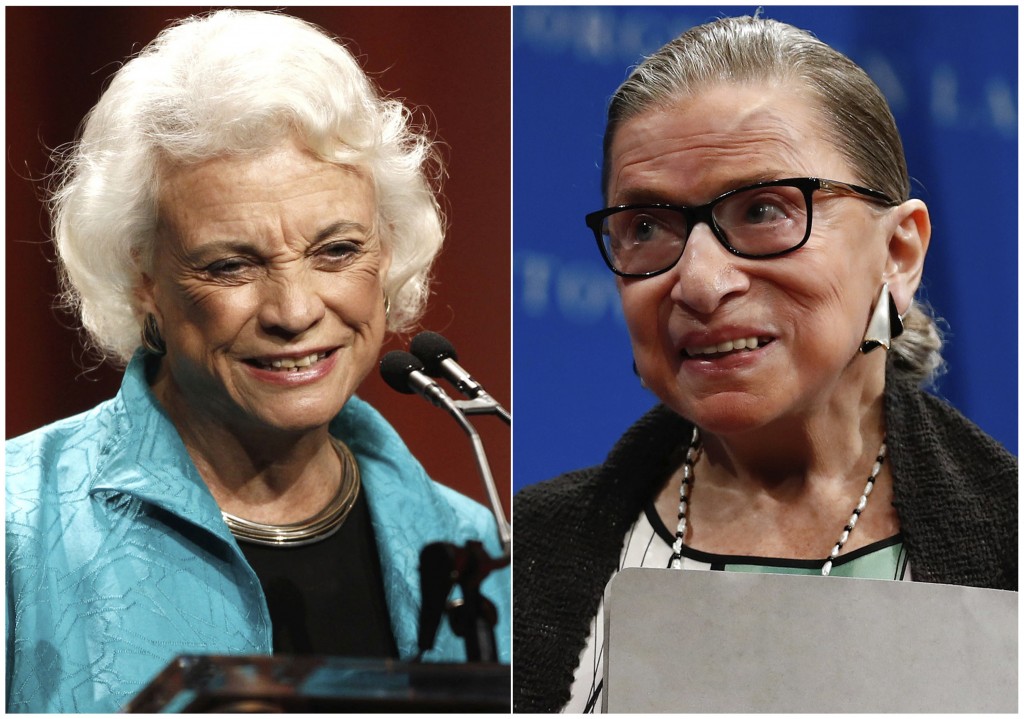 LOS ANGELES (AP) — A TV drama about the lives and careers of Sandra Day O'Connor and Ruth Bader Ginsburg is in the works.

A spokeswoman for Alyssa Milano said Tuesday that the actress' company, Peace Productions, is joining with PatMa Productions to develop the limited series.

The project will draw on the book "Sisters in Law" by Linda Hirshman, which details the legal and social impact of former Supreme Court Justice O'Connor and current Justice Ginsburg.

O'Connor was the first woman to serve on the high court, with Ginsburg the second.

Milano will serve as an executive producer along with PatMa executives Nina Tassler and Denise Di Novi. Casting was not announced.

Ginsburg is in the spotlight these days: She's the subject of a documentary, "RBG," scheduled to be released in theaters Friday.