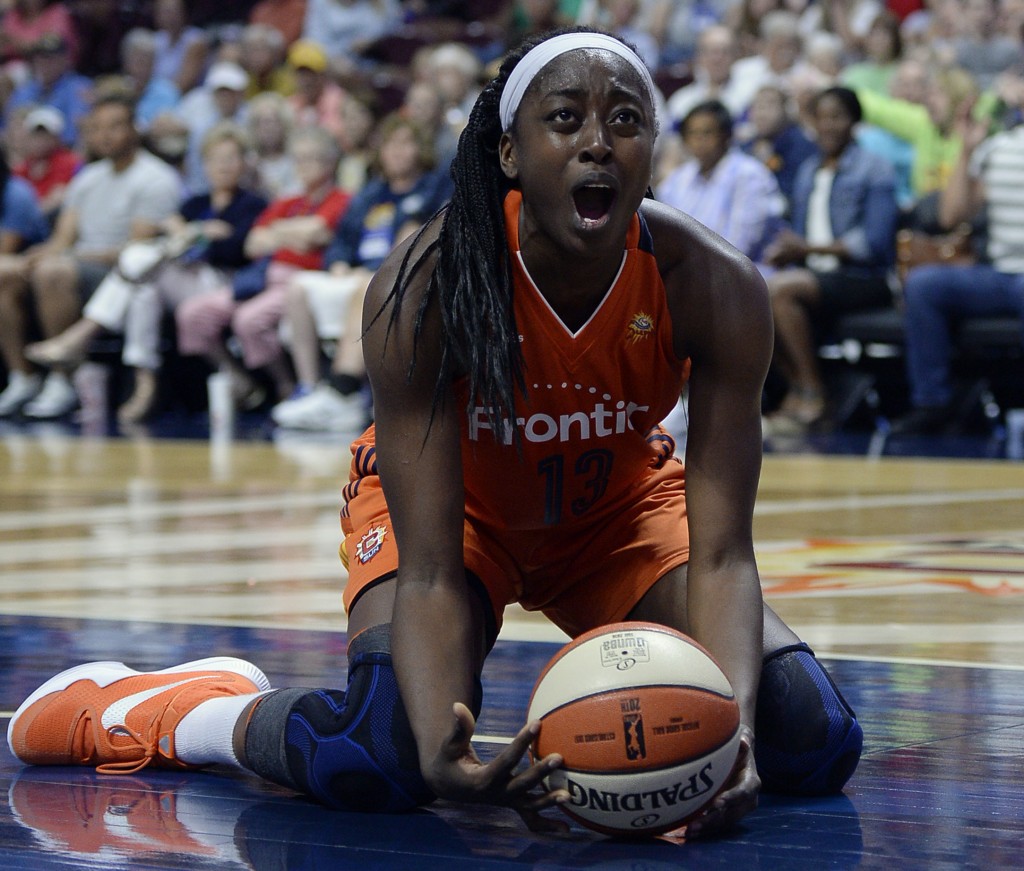 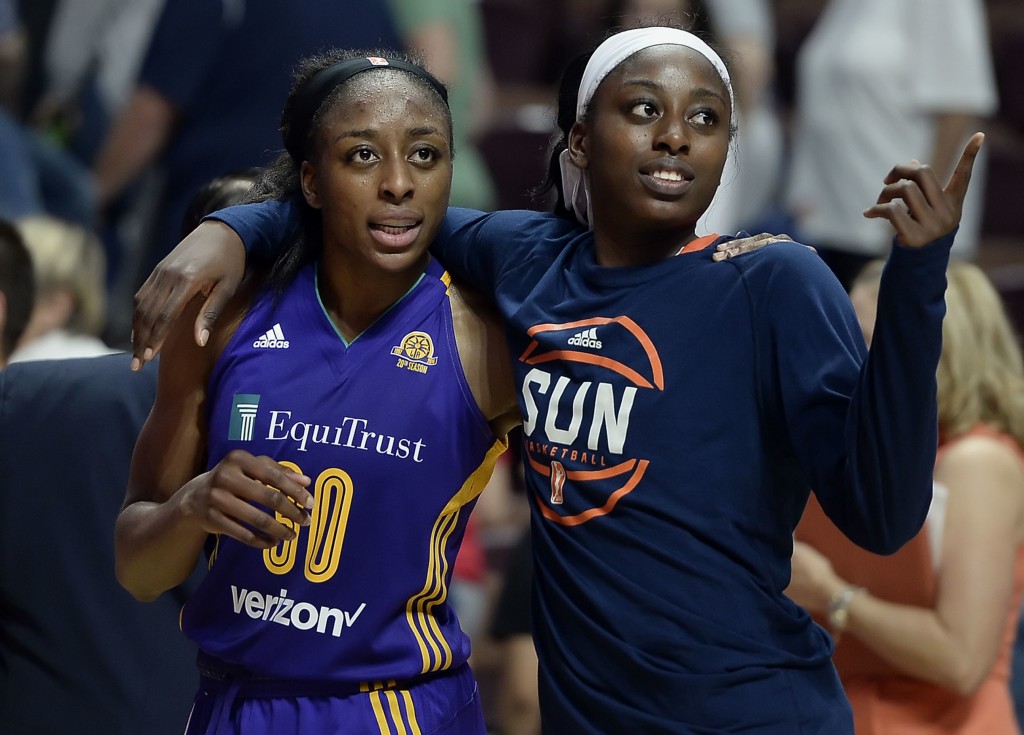 NEW YORK (AP) — Chiney Ogwumike remembers her father always telling her and her sisters that every disappointment is a blessing.

The Connecticut Sun star followed that advice, turning two season-ending injuries into what could be a television career.

ESPN on Tuesday announced she will be a full-time basketball analyst. At 26, she is one of the youngest analysts at the network and one of few women in that role.

"It is truly the best of both worlds, being able to pursue my passions both on and off the court," she said. "My hope is to inspire the rising generation, especially young girls, to continue to defy expectations and create their own path."

"I'm really proud of being back with my team, I missed them" she said. "I'm happy to be back and wearing a jersey."

The Sun have been supportive of her television endeavors that began in 2015 after she was first injured playing in Italy. She missed the 2015 WNBA season because of a knee injury.

"I just didn't push myself in rehab on the court. I also tried to push my mind and career off the court to see what horizons there would be," Ogwumike said.

That's when she started working at ESPN. She credits her agent, Allison Galer, for helping her pursue the new line of work.

It was trial by fire. Ogwumike co-hosted a few shows that covered a wide range of sports. It gave her a taste of live television and she was hooked.

"It's weird, people on TV will tell you, being on TV is almost like being in a game," she said. "Being in broadcasting is very similar to being a professional athlete. You're competing, you want to do well. I love basketball. I'm a competitor. It takes that same mindset to broadcast."

She spent time rehabbing her body and working games at both the Pac-12 Network and ESPN. Ogwumike was healthy for the 2016 season, playing in the WNBA and working for ESPN part time.

Another offseason injury to her Achilles while playing in China shut the door on her WNBA season in 2017, but allowed her to work more at ESPN. She became the host of "SportsCenter Africa" and was used as an analyst on shows discussing the NBA, WNBA and college basketball.

She has spent the last four months getting up at 4:30 a.m. and working all morning at ESPN before continuing her rehab to get back on the court. The grueling schedule is worth it.

"Now I know that I don't have to play 24-7 if I don't want to," Ogwumike said. "I think a lot of times, we are prisoners of the paycheck in the WNBA. People go to countries in turmoil. They go to faraway places to play, pushing their bodies to the limit. That's the strength of a WNBA player. I am fully blessed to play in the WNBA."