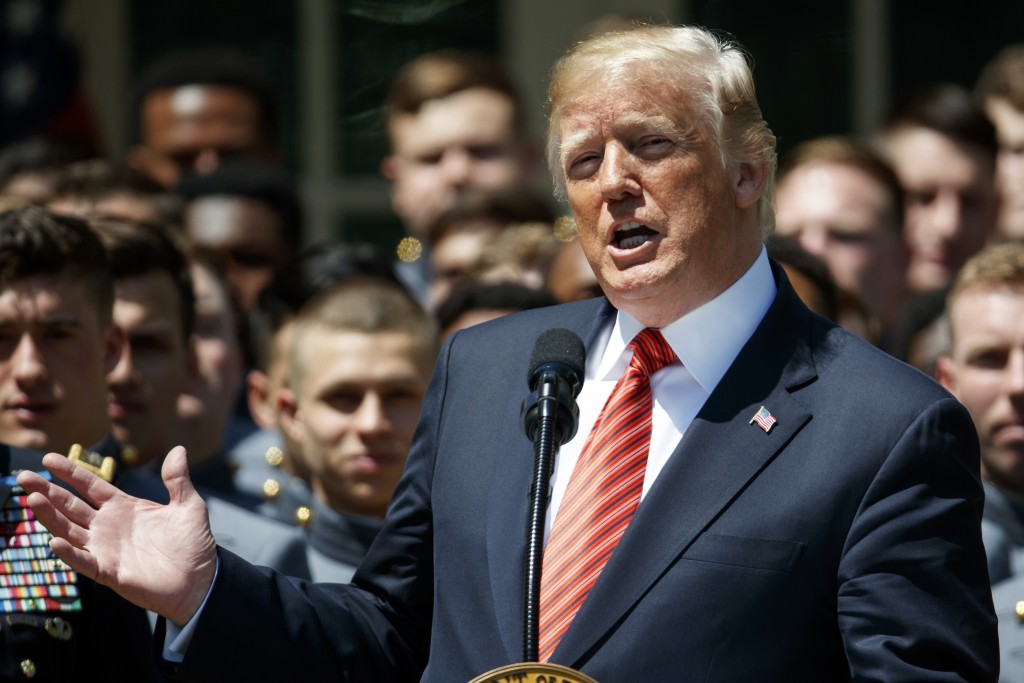 Trump says, "I think it's probably going to be announced over the next couple of days."

The president recently floated the idea of holding the meeting on the Demilitarized Zone separating North and South Korea. The meeting is expected by the end of May or early June.

Trump commented Tuesday as he was asked about South Korean President Moon Jae-in's recent suggestion that Trump could take the Nobel Peace Prize if the two Koreas receive peace in return.

Trump says Moon's statement was "very generous." Trump says the main thing is "we want to get peace."