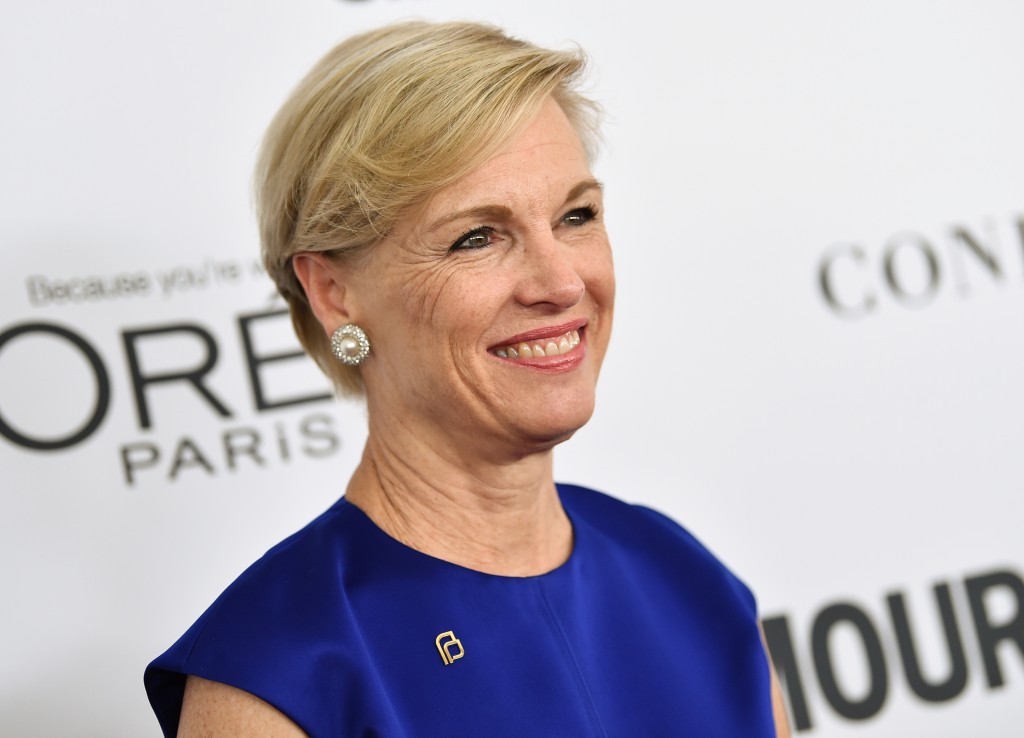 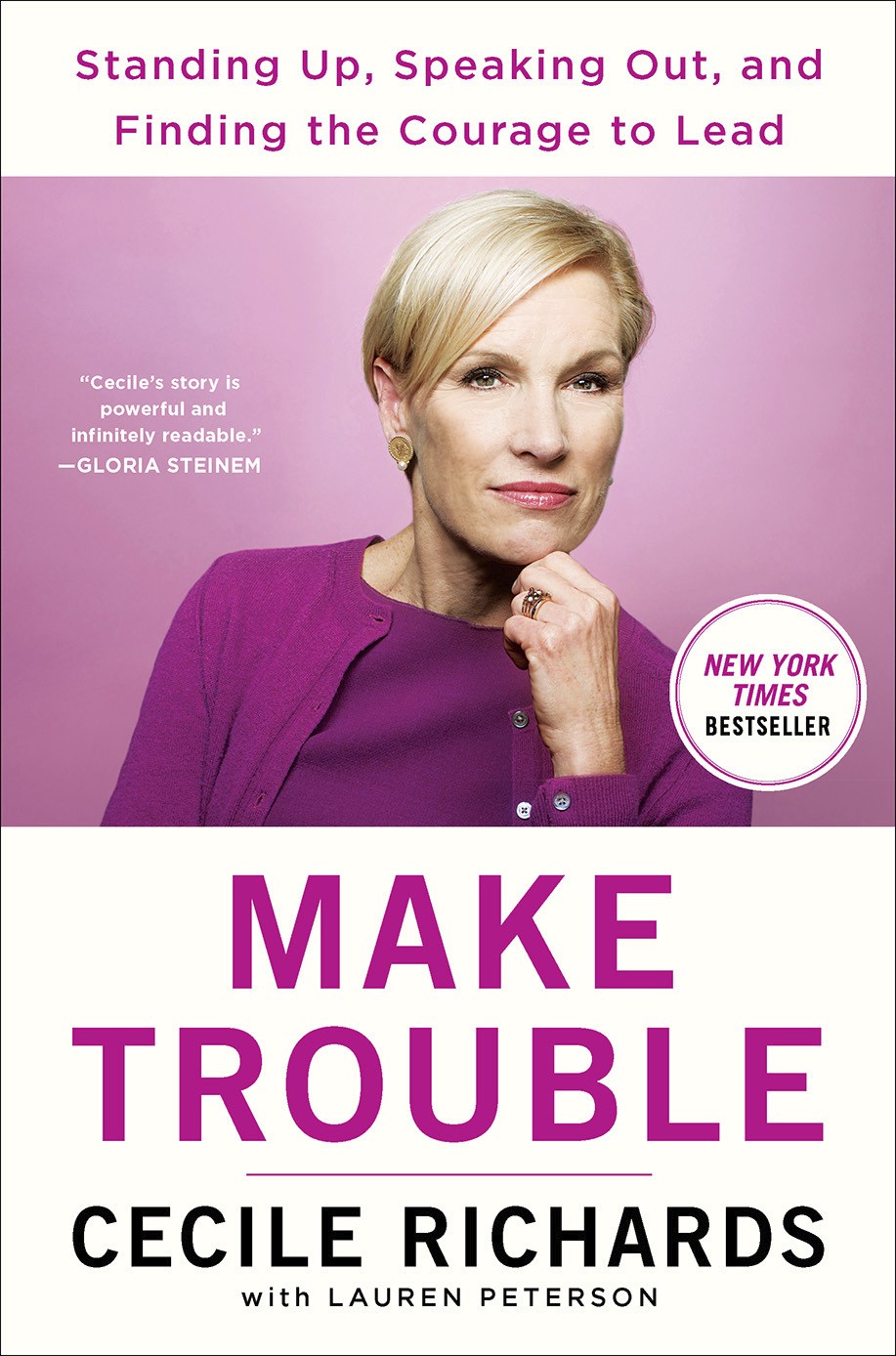 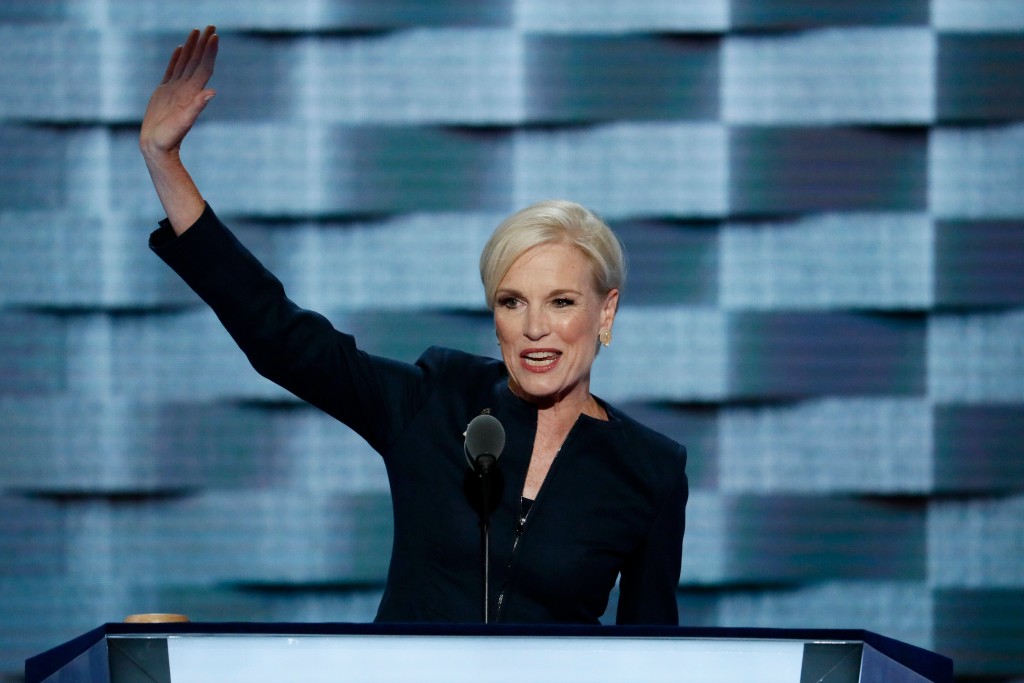 NEW YORK (AP) — Cecile Richards, who steps down from the helm of Planned Parenthood on Tuesday after 12 years as one of the nation's most visible activists, has a message for her fellow women: Now is the time to get involved. Not soon, not next year. Now.

And, she wants women to know, being an activist really isn't as daunting as it might seem. "It isn't dreary, it isn't depressing," she promises. "It can actually be incredibly joyful, and you meet amazing people."

Though Richards, 60, was officially exiting her very prominent perch, she was hardly going home and crawling into bed. Maybe just changing clothes: on Tuesday night, she was the co-honoree of a star-studded Planned Parenthood gala, along with transgender actress Laverne Cox. She's still out promoting her new book, "Make Trouble," a "combination of memoir and call to action." And she's working hard, she says, to support female candidates and help get out the vote in the midterm elections.

Of course, many expect Richards — daughter of the late Texas governor Ann Richards — may well have political plans of her own. She's not specifying any, and deftly shifts the question, for now, to her enthusiasm for other candidates and what she calls a crucial need to elect more women. If half the Congress were female, she often says, people wouldn't still be arguing about basic questions of women's health care.

Richards sat down last week for a conversation about her goals, her new book, and also a fraught meeting she had last year with President Donald Trump's daughter and son-in-law.

AP: You must get this question a lot: Do you plan to run for office?

Richards: That's been a common question. Partly because there is, I hope, a growing understanding that marching and rallying and all this is great, but electing more women to office is absolutely essential. So I think they're just fitting me into that framework, but actually the exciting thing is that so many women we're running into ARE running for office. It's quite amazing.

AP: Do you think that's a lasting phenomenon?

Richards: No way to know, but that's why the work we're doing is so important. This is about more than electing a new president. I think we are seeing this really retrograde sort of last gasp, holding onto a society where women are frankly second class, and that has created this inverse reaction, not only from young women (but all ages). I think there's a recognition among women in this country that there are people trying to take us backward, and we're not going.

AP: What are you focusing your efforts on?

Richards: I really believe we can expand the electorate. I come from Texas where 43 percent of voters turned out for the presidential elections. And politics is such a fundamental decider. My mother used to try to say to women, of all the institutions that affect your life, government is the most important, because it decides everything. It's an exciting time. Frightening, but exciting. Women have been winning. The future is definitely on our side.

AP: You've written about a meeting you had early last year with Ivanka Trump and Jared Kushner.

Richards: Yes, she had reached out. I thought maybe she wanted to be an ally in the White House. It was Jared who really did most of the talking. He said, if you all would quit providing abortion services to women, then I could talk to Paul Ryan about keeping your money and maybe even getting you more money. I said that's not going to happen — we're not going to trade off women and women's right to safe and legal abortion for money. And he said well if there could just be a headline saying Planned Parenthood discontinues abortion services ... I said that's just not going to happen.

Richards: Well, 12 years is three presidential terms. I always thought I'd stay about 10 years. I did volunteer for Hillary Clinton, I thought she would have been a great president ... but we are stronger than we were before the election, in terms of membership and support. This is my history with Planned Parenthood: Every time we're in the crosshairs of Congress or some politician, that's when people begin to focus, and support grows. It's like clockwork. We've just opened a new health center in Waco, my hometown. To me that's a sign that we're not going away. I feel I can go because this organization is as strong as it's ever been.

AP: Any more specific plans on the horizon?

Richards: There's a lot of work left for me to do with women. I'm excited about it. We already have the candidates out there. It's a matter of ensuring that women get to the polls and vote. The marching has been great, and all the mobilization and town halls, but if women don't go vote, we won't have (lasting change.) The way it's lasting is we finally get political equity in Congress and in state legislatures.

AP: What's the key message we should take from your book?

Richards: After the election, every day some woman stopped me and said, 'What are we supposed to do?' They wanted to do more than they were doing. And that is the book's message: Do more than you're doing. It's a lot of Ann Richards lessons that seem pretty evergreen at this point. Because she saw so many women wait until the perfect time. The message is: THIS is the time. This is the time we've been waiting for.