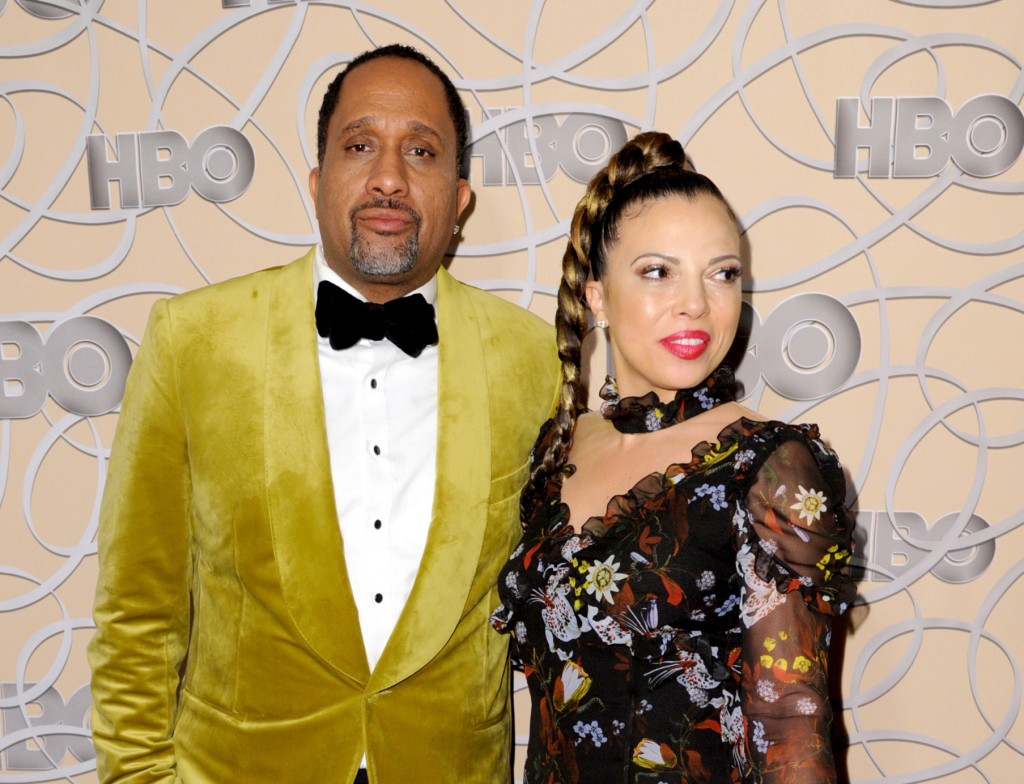 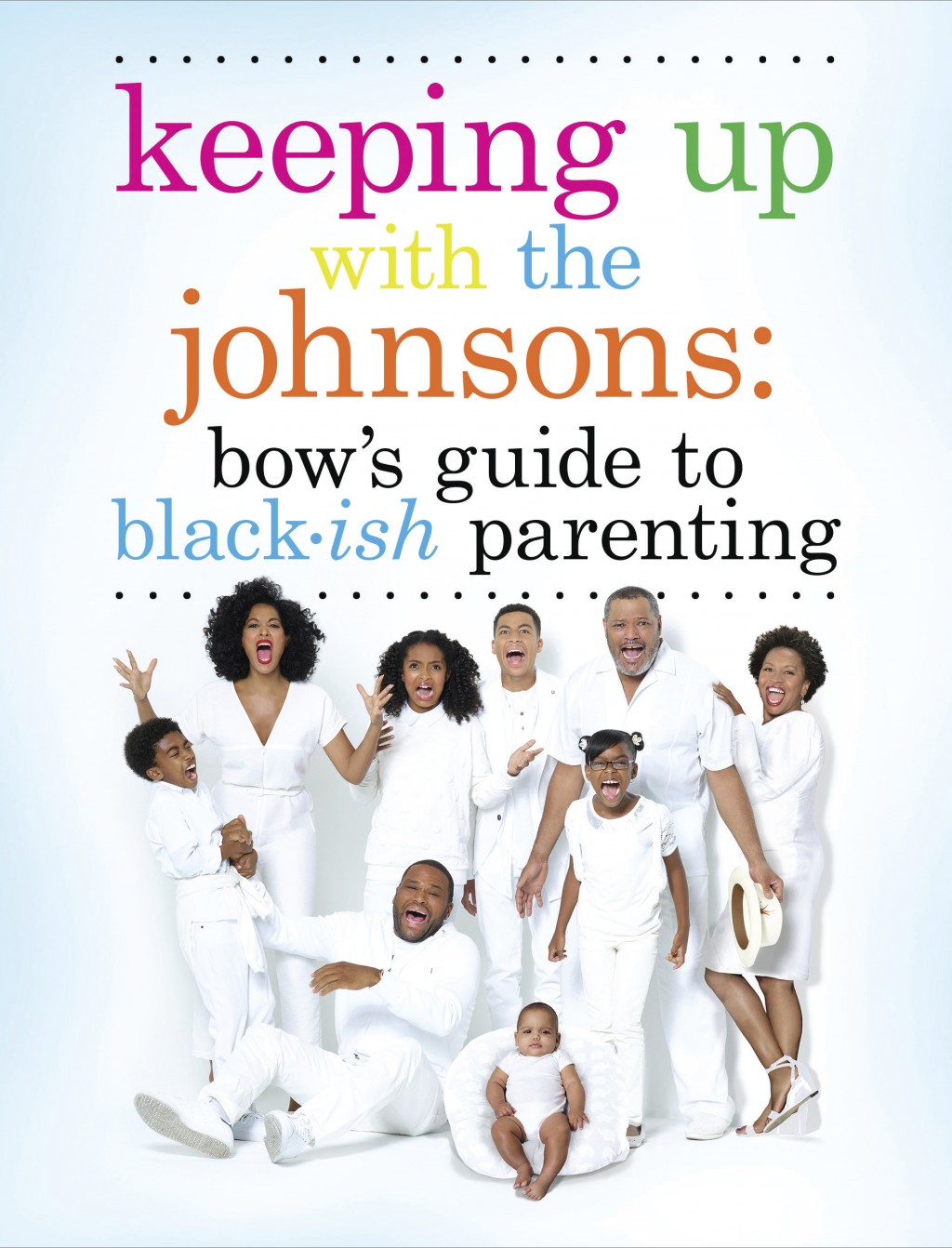 NEW YORK (AP) — When it comes to parenting advice, you've got your homegrown experts, your celebrities, the granola crunchy crowd and your "bad moms" who write funny books about drinking and cursing their way through rearing children.

Sometimes, though, there's a mom who writes a book that revs on a great many of those cylinders. Count the real Rainbow "Bow" Johnson in that camp, only her name is Dr. Rania Edwards-Barris.

Edwards-Barris, wife of "black-ish" creator Kenya Barris, is the inspiration for Tracee Ellis Ross's character on the popular ABC series. On the show, she's a busy anesthesiologist and mom of five struggling to provide a sense of cultural identity for their kids as the only black family on their upper middle-class Los Angeles block.

In real life, Edwards-Barris is in fact an anesthesiologist and the couple has six — count 'em — six kids, ranging from 2 to 19. A parent doesn't live that way without racking up some sound advice and support for others, especially moms. That's part of the motivation behind "Keeping Up with the Johnsons: Bow's Guide to Black-ish Parenting," out in May from the Disney imprint Kingswell and written tongue-in-check by Edwards-Barris in the voice of TV Bow.

With Mother's Day approaching, The Associated Press asked the real "Bow" for some pearls from her parenting adventures:

Edwards-Barris opens the book with a touch of harsh reality from years ago, beginning with, "You've got to be freaking kidding me." She was wrangling two of her kids in a department store fitting room when she had a very real bathroom emergency of her very own. She had a toddler running in circles while breastfeeding her newborn when she realized she was definitely not going to make it to a bathroom.

So she went MacGyver, doing her No. 2 business into a diaper on a stool. She wrapped it all up, made it through checkout when the clerk complimented her almost 3-year-old on the doll she had chosen, wondering if it was her birthday, and her toddler overshared: "No, Mommy said she would buy it for me if I didn't tell anyone that she pooped in a diaper in the changing room."

Edwards-Barris laughed: "It hit me and it was not like I could wait. I was like, oh my God, what am I going to do right now? I did what would allow me to walk out and still buy my items. I forgot I had this kid who was really smart and could talk."

Edwards-Barris had been camping a few times growing up, which isn't to say she was an expert. Nor was her husband, but they wanted that experience for their kids. The first time they tried they had three little kids. They went the recreational vehicle route, as opposed to tenting it, for the trip to the mountains, but all did not go entirely well.

They couldn't get the stove to light, then matters of the toilet reared once again in her life. They didn't make it through the night.

"I guess one of the girls put too much toilet tissue in the potty and it got stopped up," Edwards-Barris said. "I told Kenya, I guess you should take it out and he was, like, I don't know, you should call your dad or something. I'm, like, 'You are the dad now.'"

The lesson: "Never go camping. Always go glamping," Edwards-Barris chuckled. "Why do that to yourself?"

Her best parenting hack for catching a kid in a fib also has to do with the bathroom. Specifically, kids who don't wash their hands after using one. Edwards-Barris used to do the "smell your hands" test when she suspected foul play.

"Then they started spraying perfume and other stuff on their hands and I was like, wow," she said. "I mean, if you're going to bother with that just wash them. I was, like, this does not even make sense. They act like they're allergic to the water."

"Always make them feel as guilty as you can if you know that they're lying," she said. "I ask, is that the truth and they say, yeah, you want to go check and I'll be, like: "Absolutely not. You know why? Because I trust you and because we have a relationship built on trust I know I don't have to go and check. And then they cave."

UP IN THE AIR

Traveling by plane with kids can mean high drama. Try it with a spouse who's a nervous flyer and you've got the life of Edward-Barris.

"Always take a wife with you. Your mother, your nanny, any other woman in your life who gets it. And make sure that you tell the flight attendant the Benadryl was Tylenol," she laughed again.

On a trip to Hawaii, when her youngest lucky No. 6 was still a baby, he was on antibiotics and he threw up all over her and the flight attendant as well.

"Kenya didn't even know. I mean he was clueless and talking about what a great flight that was and I was, like, oh my God. He was down the row and he slept through it," Edwards-Barris said.

Teaching a teen to drive, Edwards-Barris wrote, "is a little bit like teaching a drunken toddler how to remove your appendix." Just as Junior on "black-ish" failed his driver's test for failing to yield, so did one of real Bow's kids.

Edwards-Barris has two drivers now. It's a team effort between she and Barris but mom took them out the most to practice and went for the driving tests. The show's Junior role is based on one of her daughters, who wanted her license on the day she turned 16.

"And she failed. For the same reason, failure to yield, and I was like you've got to be kidding me," Edwards-Barris said. "When we'd be out driving she didn't want me to tell her anything so I was, like, I can't believe you're thinking you know how to drive and you can't do the simplest things."

Her best tip: "Pay someone to teach them how to drive. Just remove yourself. It's so much better. I'm telling you."