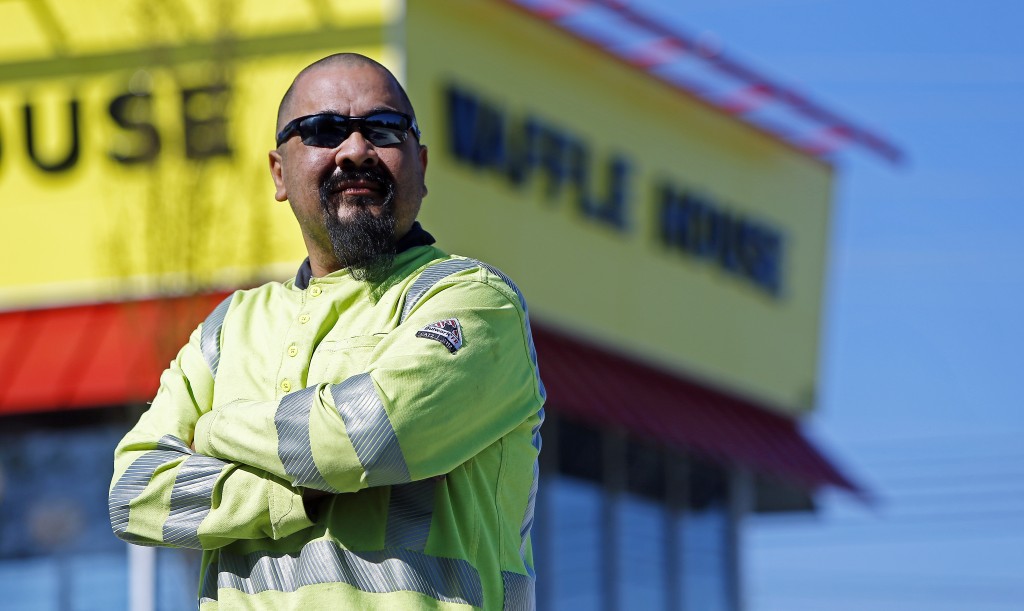 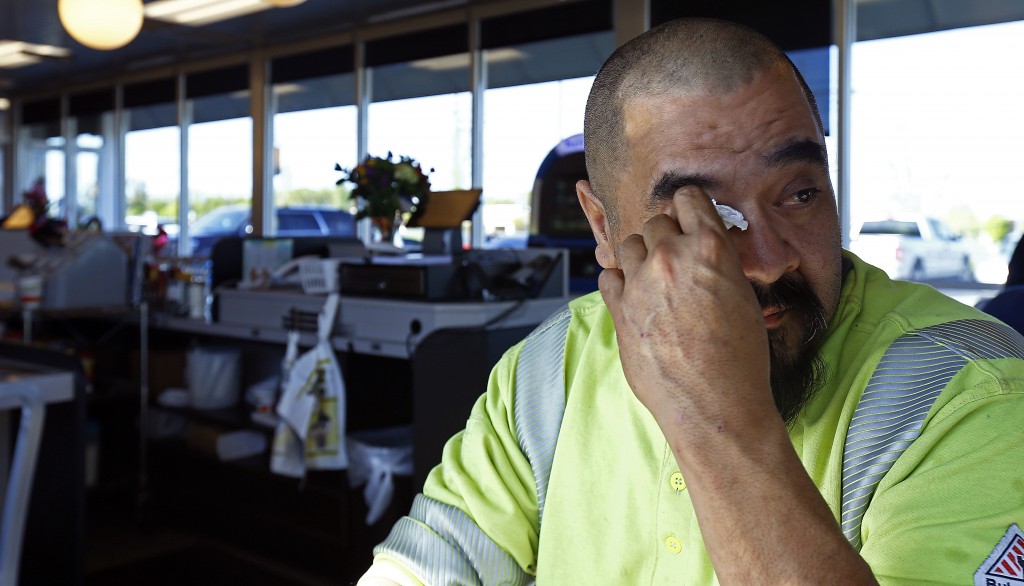 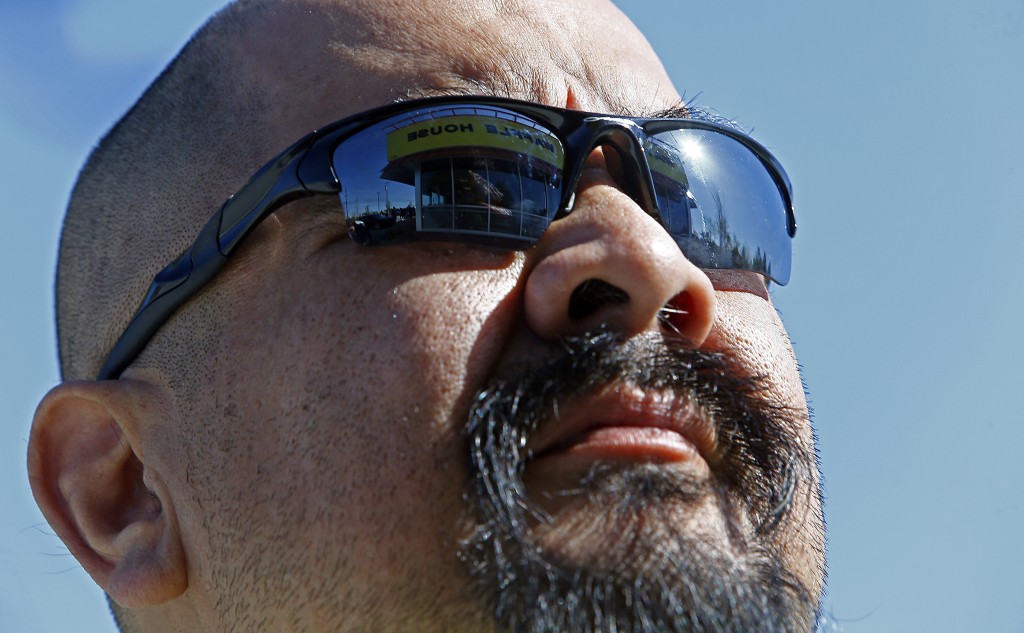 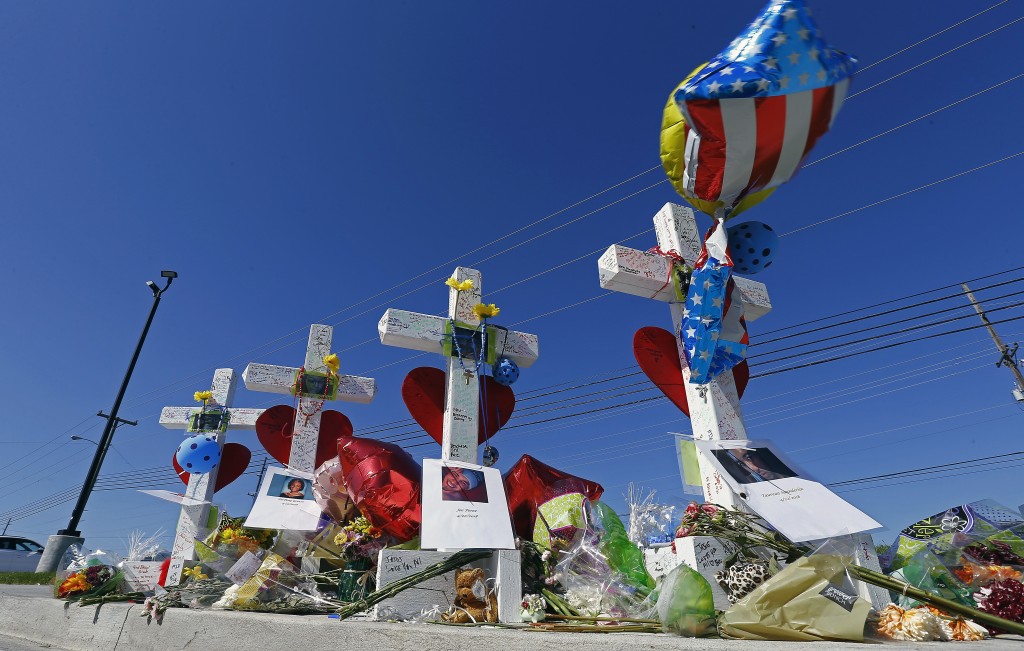 NASHVILLE, Tenn. (AP) — He felt like an invisible force was drawing him into the parking lot, past the four new white crosses in the driveway, the balloons and the flowers, and the letters addressed to the dead.

He felt it pulling him into his regular spot, the one where he had been sitting in his car when a stranger, three spaces over, stepped out of a truck carrying an AR-15. He surprised himself by walking into the restaurant and sitting down in his regular booth, which had always seemed like the most comfortable seat in the world — until all of a sudden it didn't.

Children often have little choice but to return to their schools after a mass shooting and employees must return to their offices. But 51-year-old Cordero thought at first he'd never come back here. Then he found himself again and again back at his Waffle House — No. 2,267 in the ubiquitous chain of yellow and black storefronts that are open 24/7, 365 days a year.

The eateries are so ingrained in American culture the federal government uses them after hurricanes to help gauge suffering: An open Waffle House signals hope for recovery; a closed one means disaster. Cordero's Waffle House was closed for three days.

Four young people died, the oldest of them a 29-year-old cook, Taurean Sanderlin, whom Cordero had always called "T." He saw the gunman shoot him in the parking lot, and now he feels compelled to come back, multiple times a day, desperate to cling to a community he never realized he was so attached to until a man with a gun threatened to destroy it.

Dozens of others feel it, too. The restaurant has been packed after the company pledged to donate a month's worth of profits to the families of the victims, and people have come from hours away, insisting on buying strangers' meals.

Cordero is grateful but also eager for this to be his normal Waffle House again, the place where his favorite waitress always had his coffee ready just how he likes it, with cream and three packets of Splenda. On the night of the shooting, her fiance, a cook, threw her to the ground and laid on top of her as bullets whizzed by.

Before all of this, Cordero had thought of the restaurant as a utilitarian stop, a place to pass the time between calls on his overnight shift with a roadside assistance company. Though he's not crazy about the greasy food, Cordero likes the people who cook and serve it, and the familiarity of the jukebox and the bright fluorescent lights in the middle of the night.

"Chuck's a special guy. But Chuck's a normal guy for Waffle House," says Jeff Camp, a manager for the chain. "We have a Chuck in every store: that guy that associates know, that comes in every night, that sits in the same seat, eats the same food."

Now, people on the street recognize Cordero from the news, and he knows they mean well when they stop him. "They say, 'God bless you. Nice to see you,' and then I start thinking to myself, 'It's nice to be here.' And then I get all emotional about how close it came."

He pictures himself dying — not the death itself, but the news of it being delivered to his 5-year-old daughter, Emily. So he shaved his head so that people might stop recognizing him. He sometimes fantasizes about moving out to the mountains so his daughter never has to feel fear like this. He feels hopeless, like the shooting will never make sense and gun violence will never be stopped.

When he ran into a pastor one day outside the Waffle House, he told him, "It seems like the bad people are winning."

The pastor replied: "They're not winning."

Cordero is struggling to believe it: "They're terrorizing us. To me, that's them winning. To me, keeping someone from going into their restaurant without feeling scared means they won."

Then he feels awful for feeling so awful because he lived and four others didn't.

When he heard a community group had planned a vigil exactly one week after the shooting, at 3:25 a.m. Sunday morning, he pulled back into the parking lot for the second time that day. His favorite waitress, Virginia Stanley, was waiting for him at his spot, wearing a T-shirt she'd hand-painted with the phrase "Waffle House Strong." They hadn't seen each other since the shooting, so they hugged and cried and he immediately felt relieved — like things might be normal again. They went inside and slid into a booth along with her fiance, Douglas Lauderdale.

Cordero had, for a week, struggled to find the right adjectives to convey what had happened to them. Scary. Horrible. Devastating. None seemed big enough to describe it: the first glimpse of the gun, the blood, what it feels like to consider that inches or seconds separated those who lived from those who didn't.

But sitting with others who had experienced it all, too: "I don't have to say that I was scared," he says. "They were there. They know that."

Stanley promised Cordero she'd return to work soon, and then she raised her sleeve to show him a new tattoo: "spread love," it said, with the L drawn in the shape of an orange ribbon.

They should all get matching ones, she told him, all of the survivors.