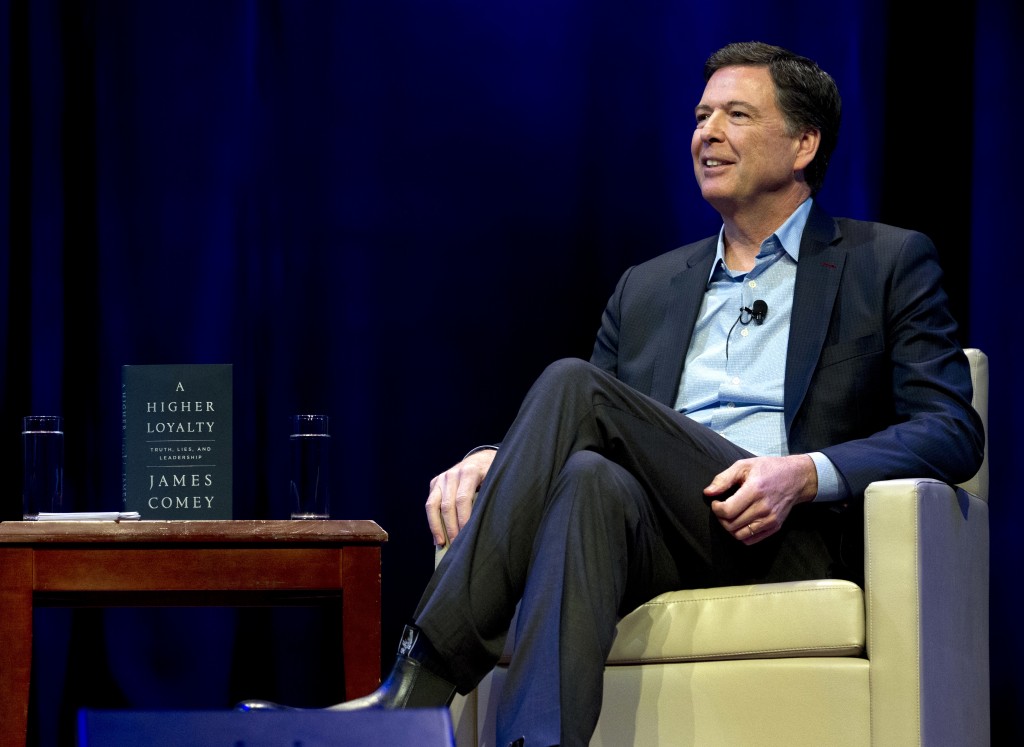 In a telephone interview with The Associated Press on Tuesday, Comey said Trump's blistering attacks on FBI leadership undermine public respect for the bureau and could make people question whether agents are competent, honest and thorough.

Trump fired Comey last May, an act under investigation by special counsel Robert Mueller for possible obstruction of justice.

Comey is promoting his new book, "A Higher Loyalty." He declined to discuss details of Mueller's investigation, including what questions he'd pose to Trump.

He also said he takes responsibility for some of the turmoil surrounding the FBI, including anti-Trump text messages involving an FBI agent who was assigned to the Mueller probe.