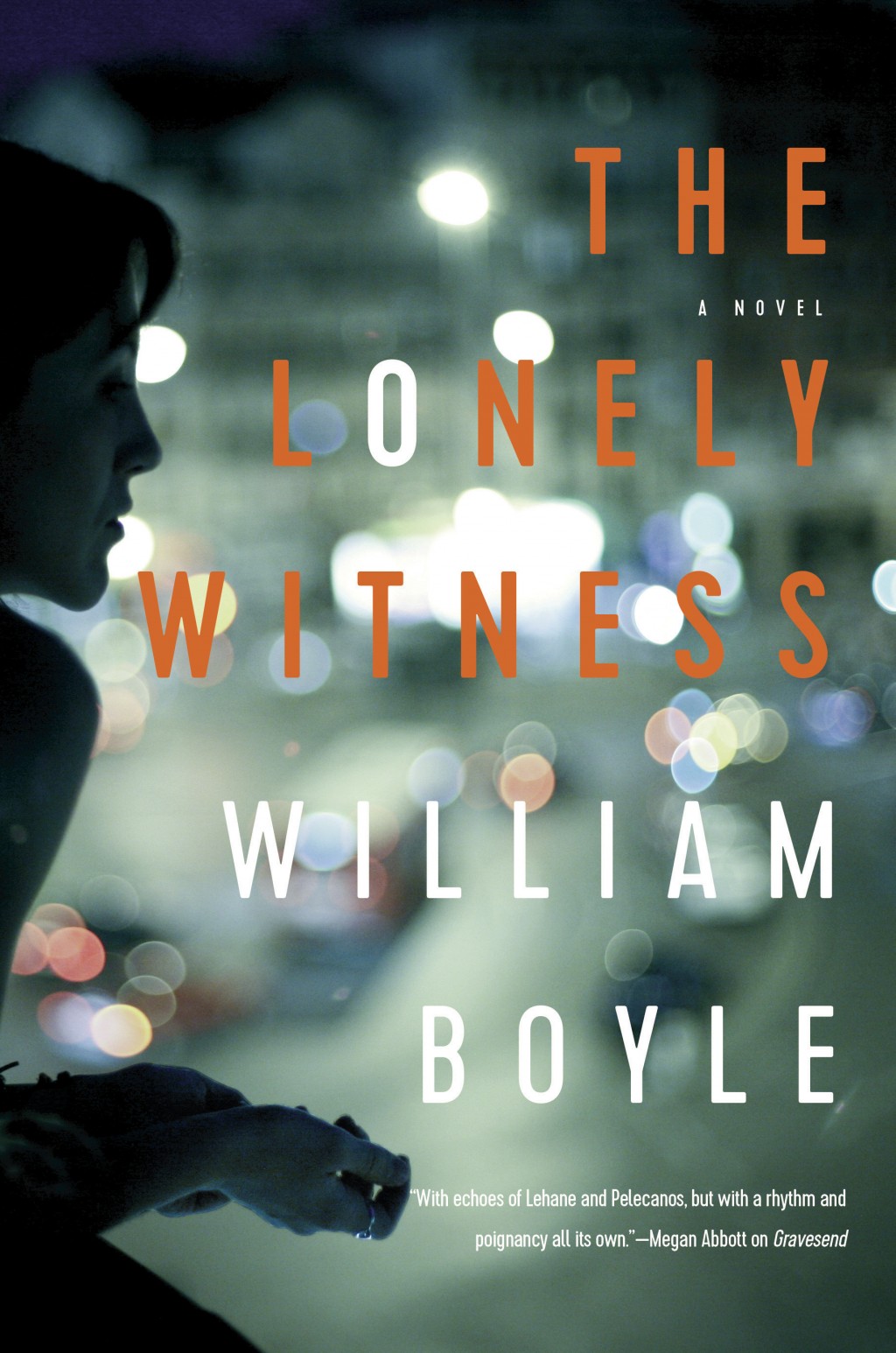 "The Lonely Witness: a Novel" (Pegasus Books), by William Boyle

Some of the most thoughtful crime fiction tackles issues of identity — how a person becomes the person they are and if they can reinvent themselves.

Amy Falconetti has certainly tried to leave her past behind her, becoming someone even she doesn't completely recognize. Amy is the epitome of "The Lonely Witness," William Boyle's second character-driven novel that explores the neighborhoods of Brooklyn and the people who inhabit them.

Just a few years ago, Amy was a hard-drinking party girl, working as a bartender and in love with aspiring actress Alessandra Biagini. But Alessandra left for Los Angeles, hoping to break into film. Now in her mid-30s, Amy lives alone in a tiny, sparse basement apartment in Gravesend, takes the occasional cleaning job and spends most of her time as a volunteer Eucharistic Minister, bringing communion to the elderly who seldom, if ever, leave their apartments.

In many ways, the church saved her, and her return to Catholicism has brought her peace. But she is incredibly bored, emotionally numb and as lonely as the elderly parishioners who relish her company — one of their few interactions with people — as much as the communion.

Then Amy witnesses a murder and though she can't explain why, takes the knife that killed the man. Then her father, Fred, whom she hasn't seen since she was 12 years old, returns, wanting forgiveness for abandoning her and her mother, and Alessandra lets her know she is back in Brooklyn.

Trying to sort her feelings about Fred and Alessandra, Amy also is convinced that the murderer saw her and is now stalking her.

In "The Lonely Witness," Boyle skillfully shows how crime fiction has the ability to explore what motivates people to choose their path in life. Since Fred's abandonment, Amy admits she's been "searching for an identity my whole life, trying all these different lives. I've never been comfortable anywhere." Now she seeks a balance, a life between the destructive person she used to be and the lonely existence she's been living.

Boyle launched his gritty vision about this section of Brooklyn, where neighbors make their own small town, in his debut, "Gravesend," which is being rereleased in September. "The Lonely Witness" offers an excellent sequel with a superb plot, matched by its realistically shaped characters.