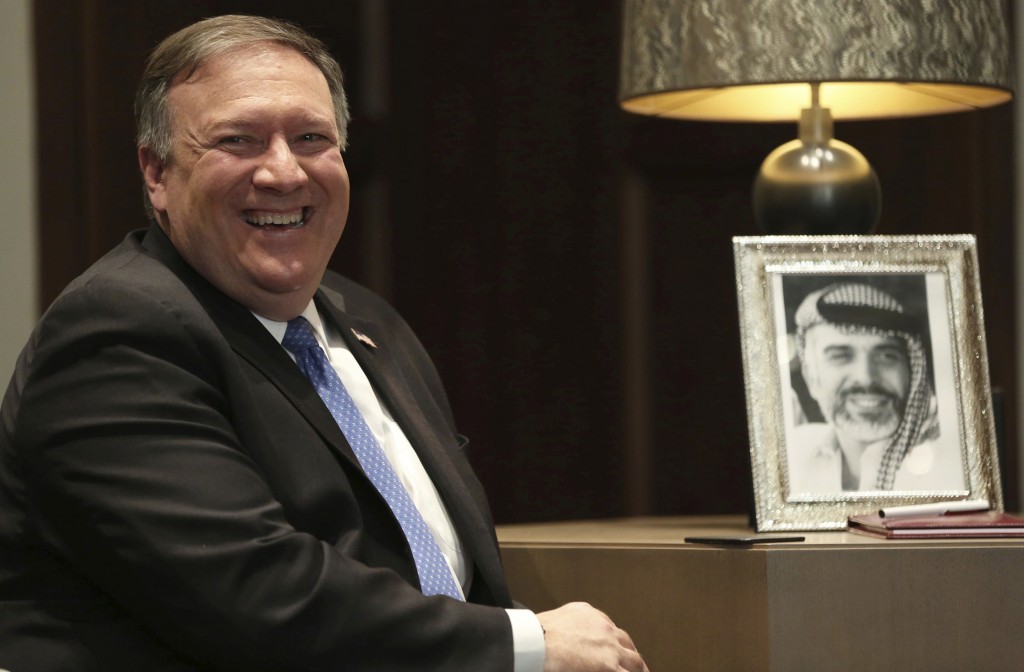 WASHINGTON (AP) — Secretary of State Mike Pompeo is vowing to help the State Department "get our swagger back."

Pompeo on Tuesday will appear for the first time at the State Department, following his confirmation last week. He plans to give a brief speech to the diplomatic corps, which is deeply dispirited following a tumultuous year under former Secretary of State Rex Tillerson.

Pompeo says he's counting on the support and talent of American diplomats. He's praising them for serving the United States "sometimes at great personal risk."

Pompeo is also thanking diplomats' families for their sacrifices and "contributions to our mission."