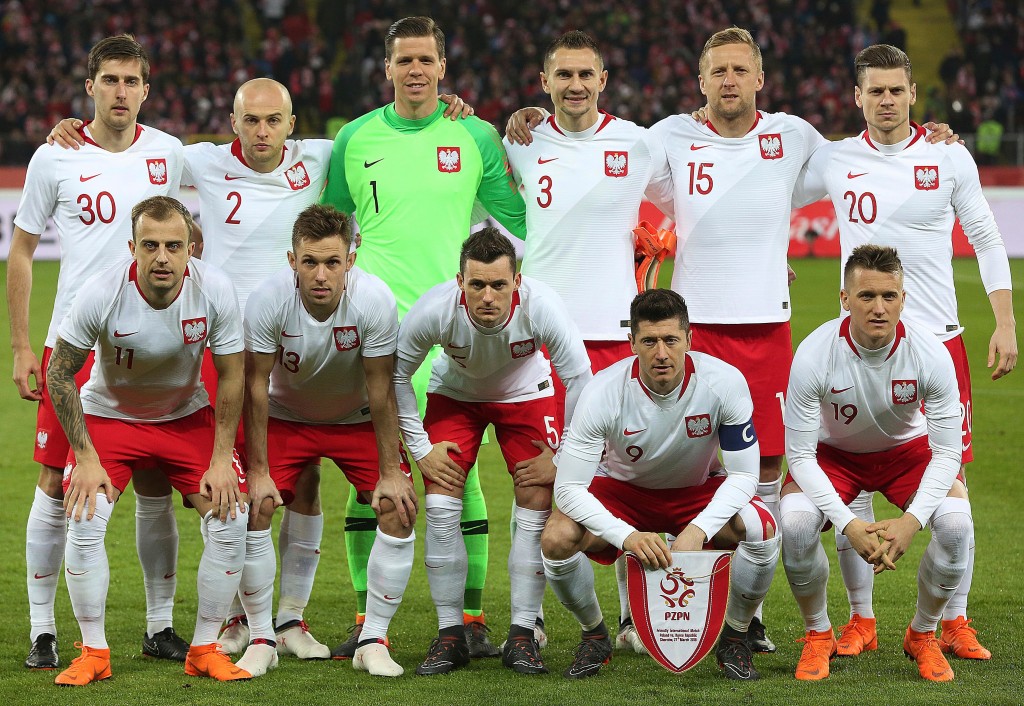 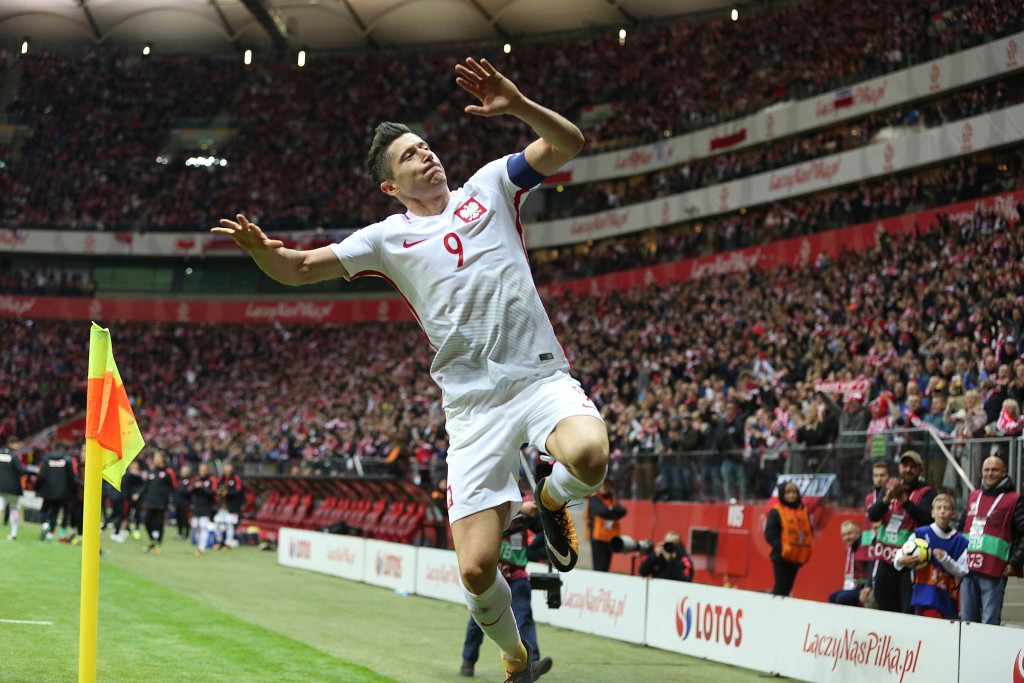 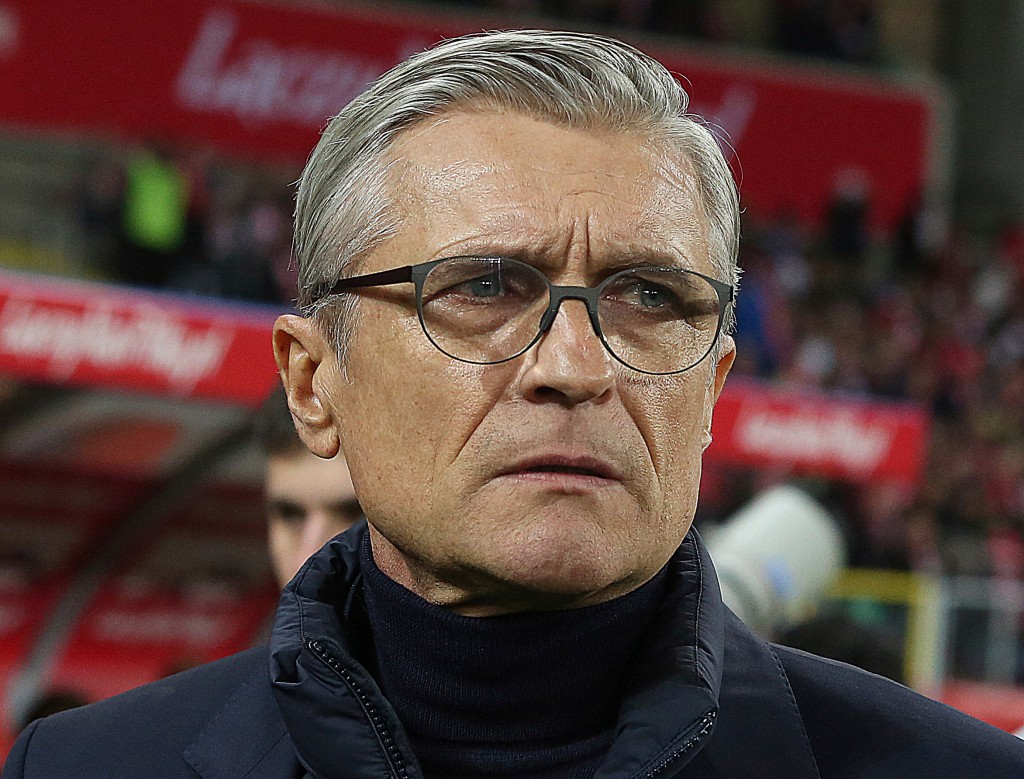 Poland's hopes at the World Cup depend on Robert Lewandowski.

The Bayern Munich forward scored 16 goals in 10 games — a European qualifying record — to propel Poland to its first World Cup in 12 years.

Lewandowski offers hope of a return to the fruitful period during the golden era in the 1970s and 1980s when Grzegorz Lato and Zbigniew Boniek were on the team and Poland played in four straight World Cups, finishing third in 1974 and 1982.

Former international Adam Nawalka has crafted a hard-working cohesive unit since taking over as coach from Waldemar Fornalik in 2013.

Poland was 69th in the FIFA rankings when Nawalka took over. After qualifying for the 2016 European Championship, where the team lost on penalties to eventual champion Portugal in the quarterfinals, and a strong qualifying campaign for Russia, Poland is now 10th.

Here's a closer look at the Poland team:

Nawalka, who has never worked outside of Poland, was handed the job after the country failed to qualify for the last World Cup. He ensured qualification was never really in doubt this time, a 4-0 loss in Denmark notwithstanding, as Poland won every home game.

Nawalka, who played at the 1978 World Cup for Poland, coached several Polish teams, including three stints at hometown club Wisla Krakow before leading Gornik Zabrze to promotion six months after taking over in 2010. Gornik was at the top of the Polish league standings when he took over the national team.

Nawalka was also briefly an assistant to former Poland coach Leo Beenhakker during qualification for Euro 2008.

Wojciech Szczesny, now playing for Juventus as an understudy to Gianluigi Buffon, started Euro 2016 but missed the rest of the tournament after picking up an injury in the opening game against Northern Ireland.

Fabianski played most of the qualifiers but Szczesny returned for the final two. Roma goalkeeper Lukasz Skorupski should provide additional backup.

Tough-tackling and hard-working, Glik also excels in organizational skills, and is adept at quickly switching play to wingers Kamil Grosicki or Jakub Blaszczykowski.

Borussia Dortmund right back Lukasz Piszczek will be another who ensures Poland gets forward quickly from defense.

Apart from the tireless Blaszczykowski and Grosicki, Poland has a new creative force in 23-year-old Piotr Zielinski. The Napoli midfielder played in every qualification game and is among the first on Nawalka's teamsheet.

Grzegorz Krychowiak is another vital cog for Nawalka. A move from Sevilla, where he had excelled, to Paris Saint-Germain in 2016 didn't work out as well as he hoped, and the 28-year-old defensive midfielder has been playing this season on loan at Premier League club West Bromwich Albion.

Krychowiak epitomizes the team's hard working ethic and is already a veteran for Poland after making his senior debut in 2008.

While Lewandowski is undoubtedly the star, Poland does have another option in attack in Arkadiusz Milik, a teammate of Zielinski's at Napoli.

Milik had little success for Bayer Leverkusen or Augsburg in Germany, but excelled in a loan spell at Ajax, which consequently made his loan permanent.

Napoli signed the 24-year-old Milik as a replacement for the Juventus-bound Gonzalo Higuain in 2016. Two serious knee injuries have blighted his time in Italy. Milik made five appearances for Poland in qualifying.

Even with Milik at his best, however, Lewandowski is irreplaceable for Poland. The 29-year-old Lewandowski provided more than half of the team's goals in qualifying alone. Clinical in front of goal, strong and skillful, Lewandowski is the key to success.

Poland will be based in the Black Sea resort of Sochi and will begin its campaign against Senegal in Moscow on June 19. The team then faces Colombia in Kazan on June 24 before wrapping up Group H play against Japan in Volgograd four days later.