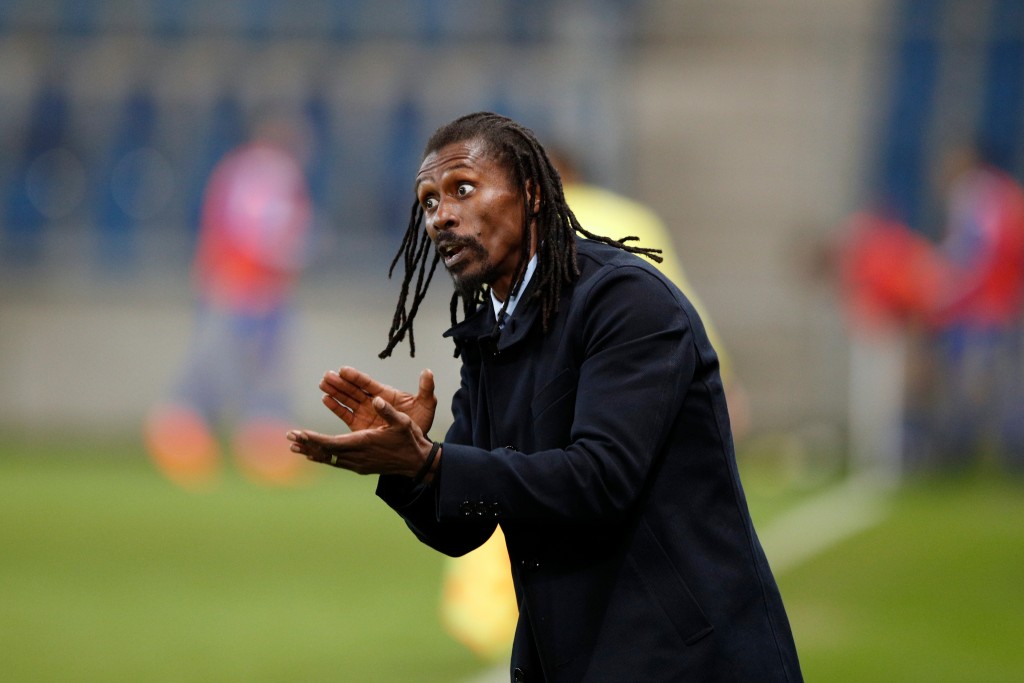 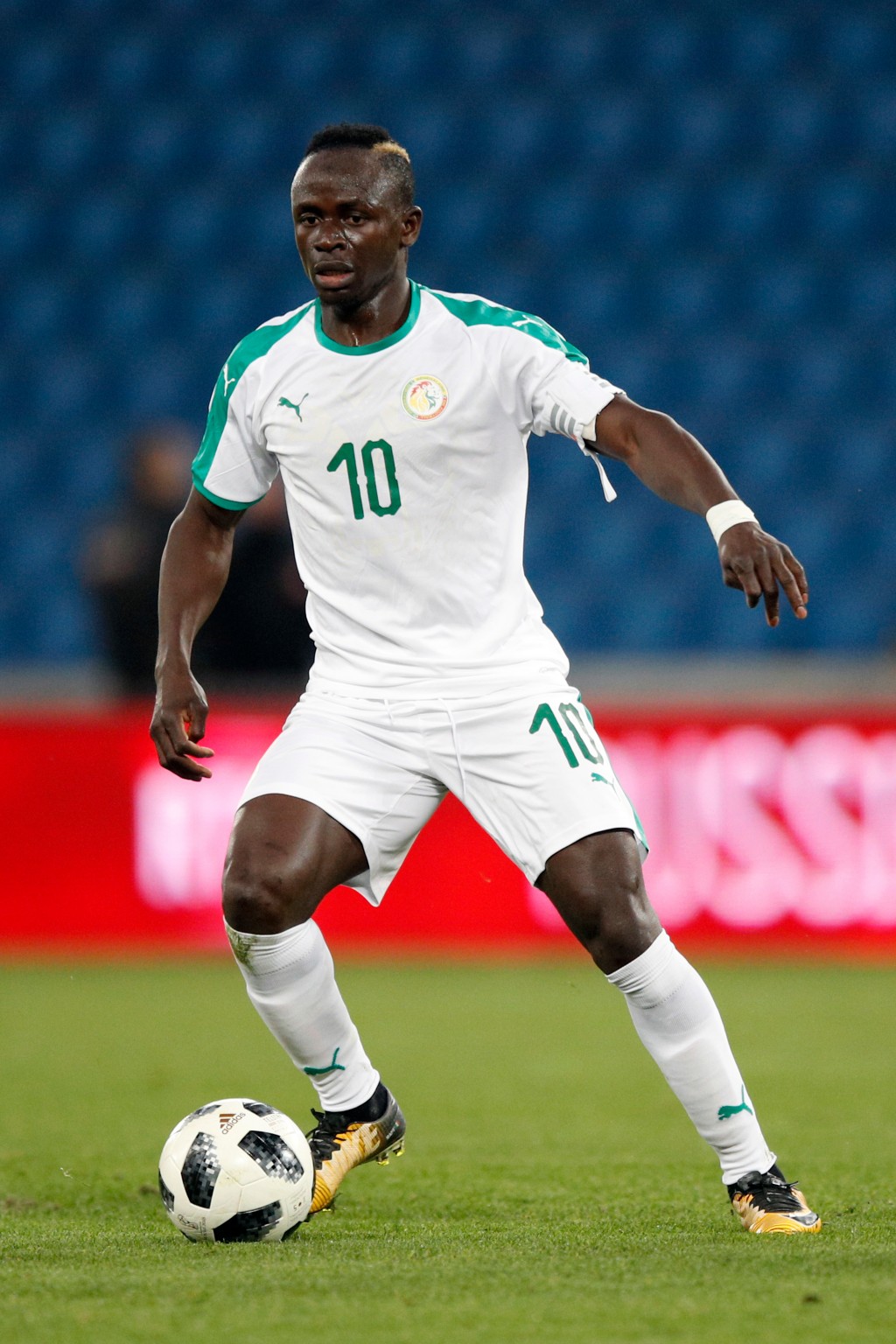 DAKAR, Senegal (AP) — When the World Cup trophy tour reached Senegal, President Macky Sall got the taste of being a champion.

It's an experience he hopes to feel for real one day. Turning to coach Aliou Cisse, Sall said optimistically, "It won't be long."

That's some pressure for a team making only its second World Cup appearance.

Back in 2002, a team of relative unknowns led Senegal to the quarterfinals in a run that began with a 1-0 victory over defending champion France.

For a country with so much talent, Senegal should qualify for the World Cup more often. Certainly, the Senegalese thought that would be the case after a wildly successful debut 16 years ago that came with a freewheeling style of play and memorable celebrations.

A national holiday was declared after the victory over France. It's still among the best performances by an African team. Cameroon (1990) and Ghana (2010), neither of whom qualified for the tournament in Russia, are the only other African teams to reach the quarterfinals.

Senegal's preparations for the World Cup have not been perfect. Two recent friendlies ended in draws with Cisse experimenting with a 3-5-2 formation instead of the 4-4-2 used during the qualifying campaign.

Fasting during Ramadan could present training challenges for the Senegalese, many of whom are Muslims, including Mane. The holy month ends several days before their first match at the World Cup.

Here's a closer look at the Senegal team:

Cisse was the captain of the 2002 team and he has now led Senegal to a second World Cup from the sidelines.

On returning to Dakar following a 2-0 win over South Africa to clinch the spot, supporters at the airport picked up Cisse and threw him in the air while singing songs in his honor.

So much more awaits Cisse, potentially. Bruno Metsu, the Frenchman who coached Senegal in 2002, is so revered in the country that his image is on a wall of fame in the "Place du Souvenir African" in Dakar. The exhibit highlights achievements of Africans, including Nelson Mandela. Metsu died of cancer in 2013 and is buried in Dakar.

Cisse, though, has done his best to downplay the high expectations.

Khadim Ndiaye was Cisse's top choice by the end of qualifying. He is one of the few squad members who play in Africa — starting for Horoya AC in Guinea — and at 33 is the most experienced of the goalkeepers.

Playing regularly might also give him an edge over others who play in Europe, but as backups.

French-born Abdoulaye Diallo was No. 1 at the start of World Cup qualifying but an injury sidelined him and opened the door for Ndiaye. Diallo plays for French club Rennes, but usually as a backup.

Don't count out 24-year-old Alfred Gomis. Raised in Italy, he has seen plenty of action this season for Spal in Serie A.

At 6-foot-5, center back Kalidou Koulibaly is Senegal's defensive titan. He plays for Napoli but has been linked to a move to clubs including Barcelona and Chelsea.

As the France-born Koulibaly evolved into one of Europe's top defenders, French fans wondered how they let him slip into the national colors of his parents. After a header for Napoli secured a Serie A win over Juventus in April, even Diego Maradona was buzzing about him and posted a photo holding a Koulibaly jersey.

The right side seems set with Lamine Gassama and Youssouf Sabaly. On the left, Senegal would love to have Kara Mbodji, but he injured his knee and hasn't played for his club, Anderlecht, since late last year.

In his place, Senegal could turn to Papy Djilobodji. Also on the left side, Armand Traore's ability to play defense or midfield provides flexibility. Another option is Pape Ndiaye Souare of Crystal Palace.

There's a Premier League look to the midfield.

The captain is Cheikhou Kouyate of West Ham, who has drawn comparisons to Patrick Vieira. Another stalwart is Idrissa Gana Gueye of Everton. Cheikh Ndoye (Birmingham) and Pape Alioune Ndiaye (Stoke) were called up by Cisse in qualifying and should play important roles in Russia.

Mane, who recently became the highest-scoring Senegalese player in Premier League history, is the key to success up front. He's been overshadowed by the spectacular Mohamed Salah this season for Liverpool, but Mane has been no slouch with his goals and assists.

The trick will be who else to plays up front to get the best out of Mane.

Keita Balde, Diafra Sakho and Ismaila Sarr are expected to make the final squad. If Cisse wants experience, he could look to the likes of Moussa Sow or Demba Ba. Both are 32 and play in Turkey.

Senegal starts in Group H against Poland on June 19 in Moscow, then plays Japan on June 24 and Colombia on June 28.