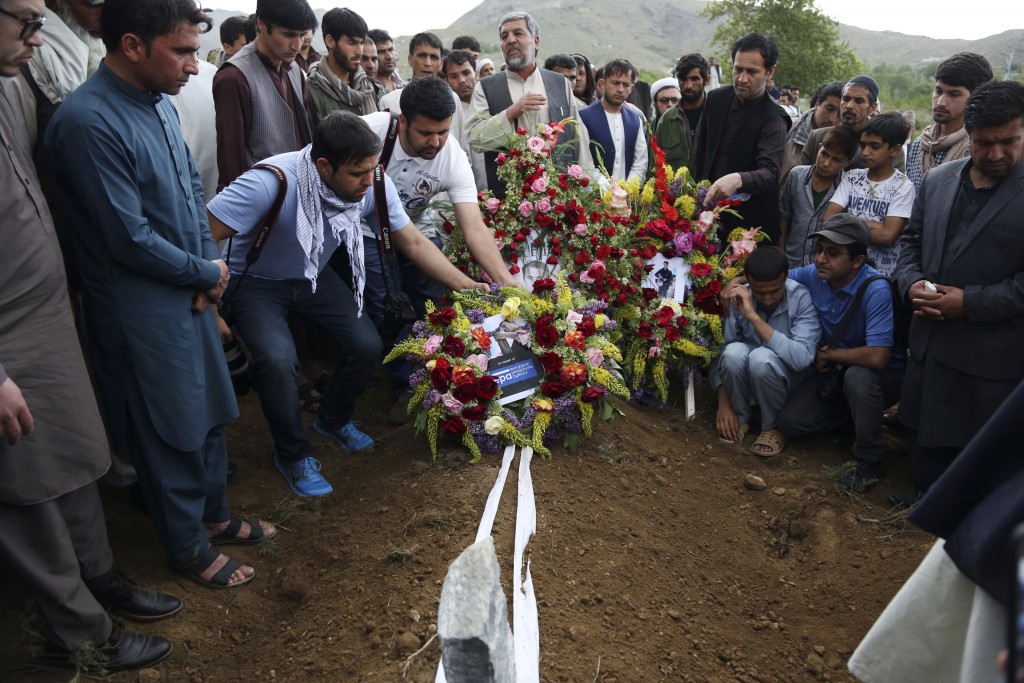 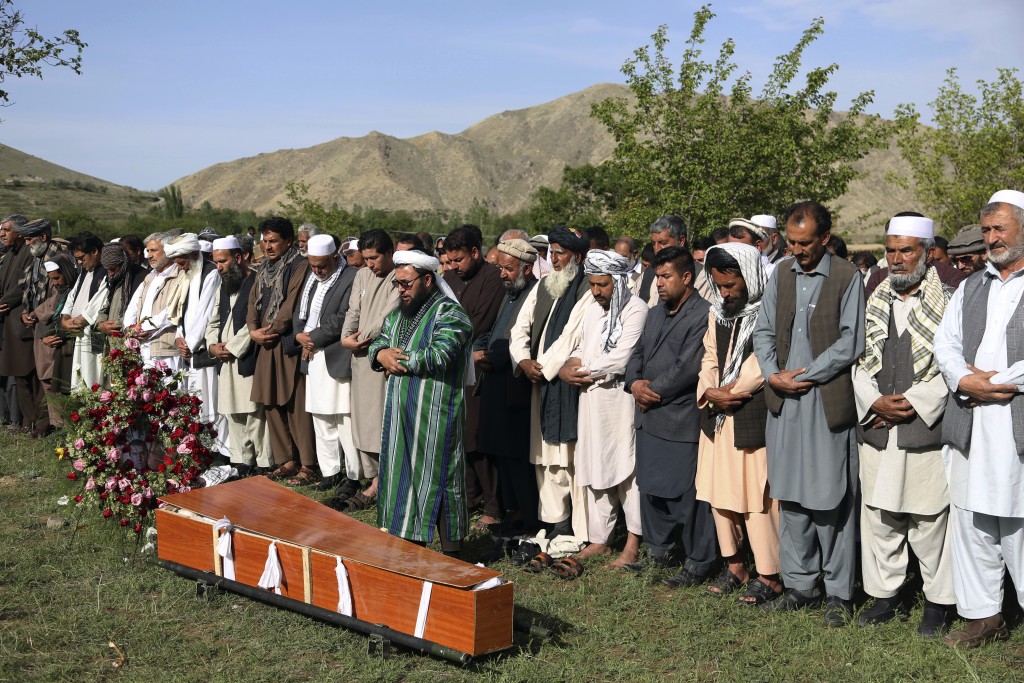 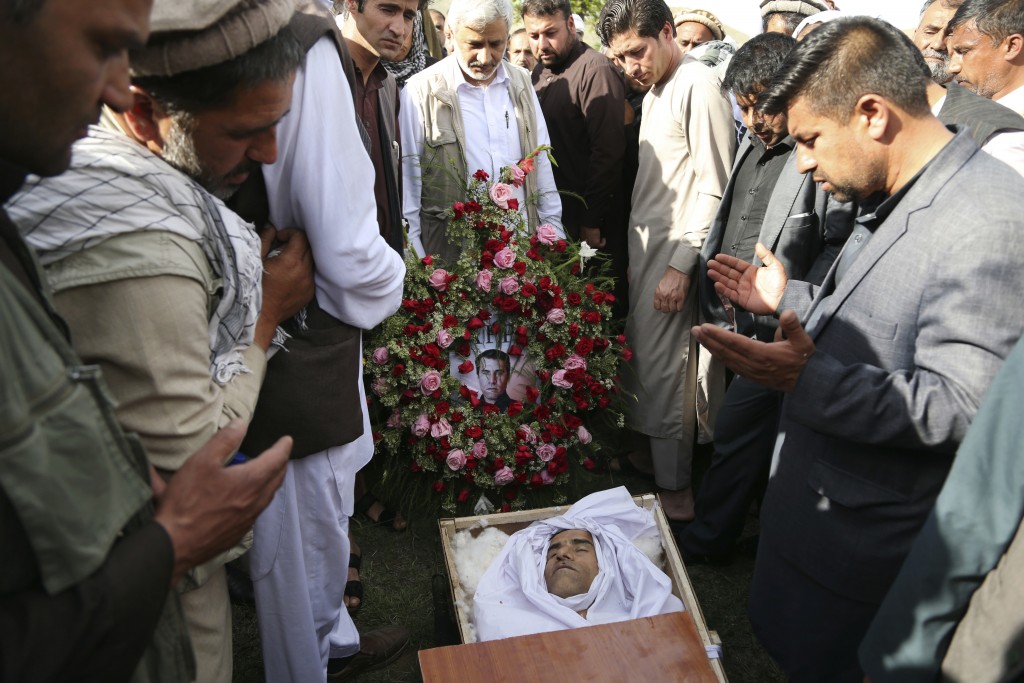 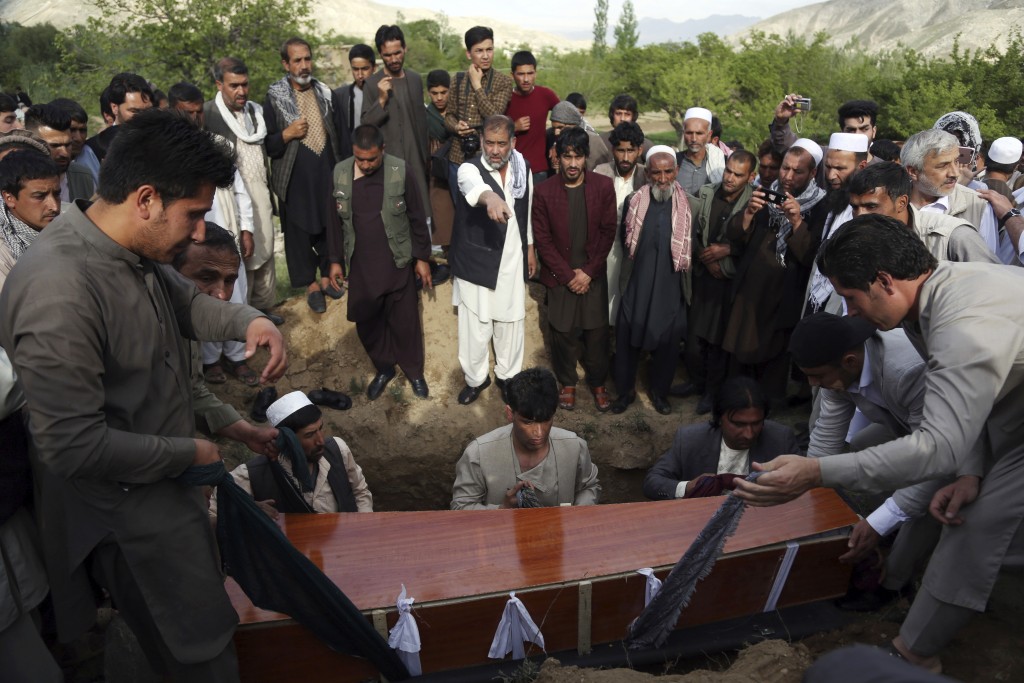 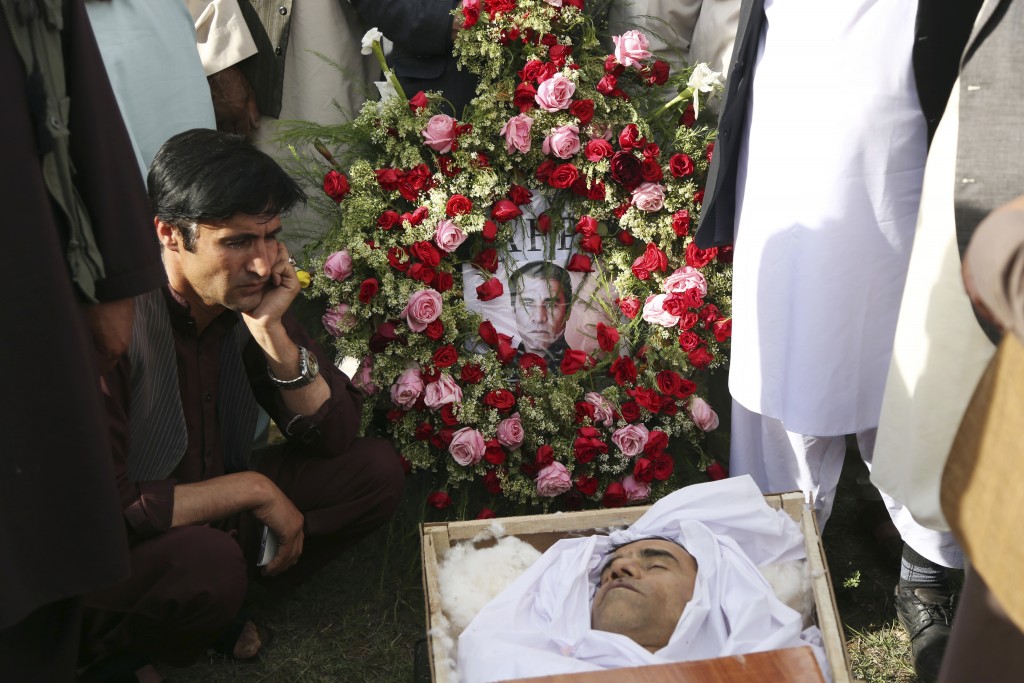 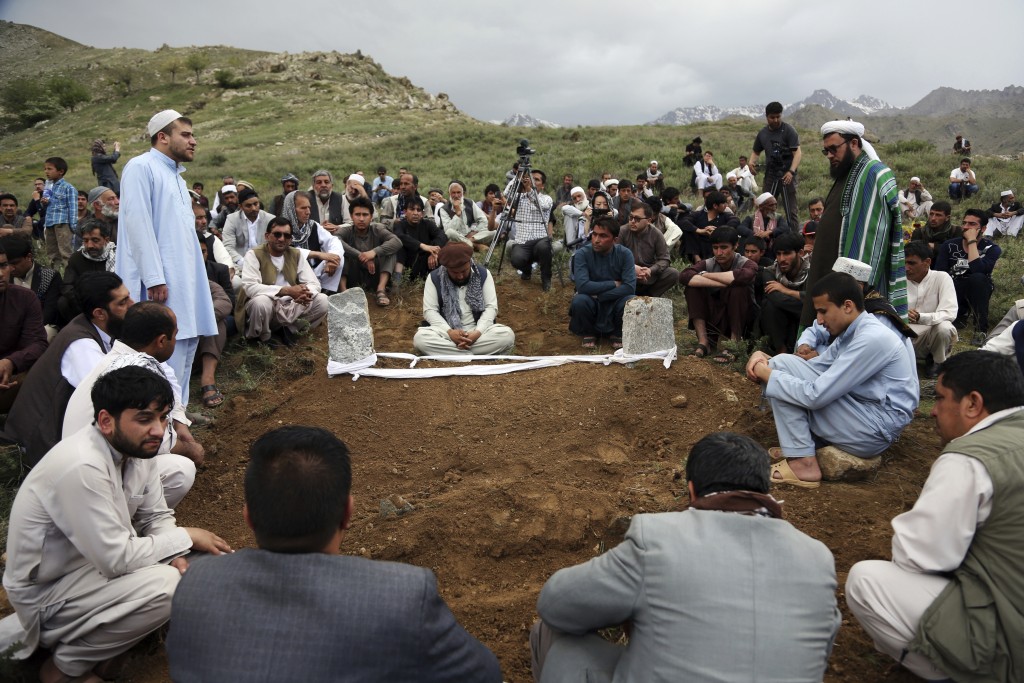 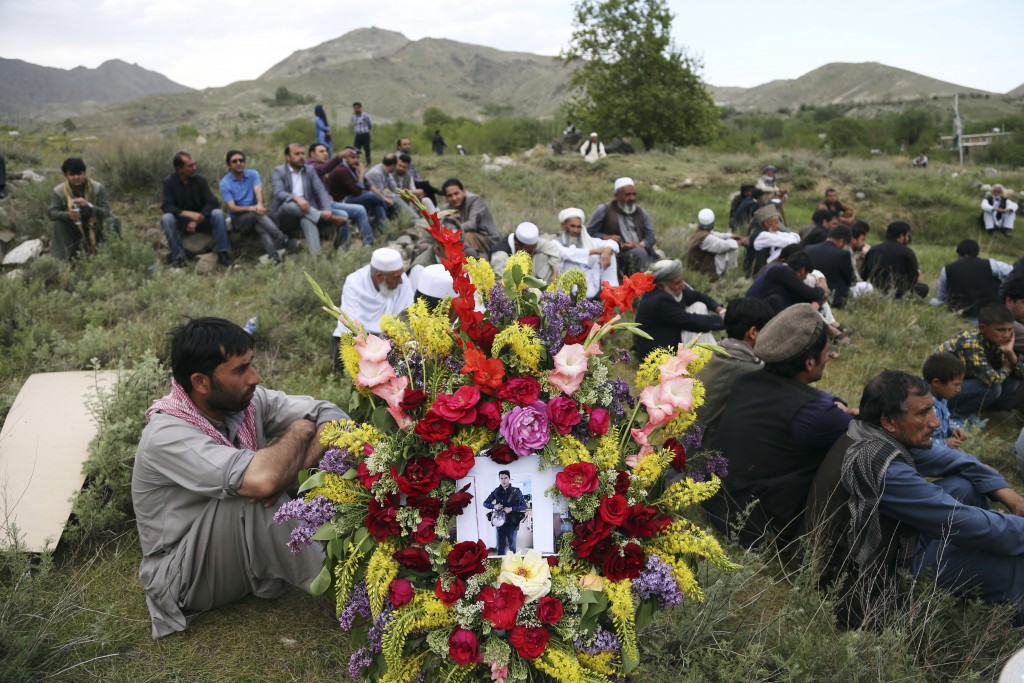 Mir Ahmad, a provincial council member in Helmand, says two other civilians were wounded in the airstrike by the Afghan air force late Monday in the Nad Ali district. He says the strike killed around a dozen Taliban insurgents.

Omar Zwak, spokesman for the provincial governor, confirmed the airstrike but said all the killed and wounded were Taliban members.

Elsewhere in Helmand province, a roadside bomb struck a vehicle in the Gareshk district, killing at least three civilians, according to the district chief, Mohammad Saleem Roodi.

Thousands of mourners have attended a memorial ceremony for AFP's chief photographer in Afghanistan who was killed along with eight other reporters in a double suicide bombing by the Islamic State group in Kabul the previous day.

Relatives, friends and government officials all gathered to pay tribute to Shah Maria and extend condolences to his family and colleagues for their loss in Kabul on Tuesday.

Monday marked the deadliest assault on reporters since the fall of the Taliban in 2001, according to Reporters Without Borders, also known by its French acronym RSF.

The double Kabul bombing claimed a total of 25 lives and wounded at least 45.

RSF said 36 media workers have been killed in Afghanistan in attacks by the Islamic State group or the Taliban since 2016.