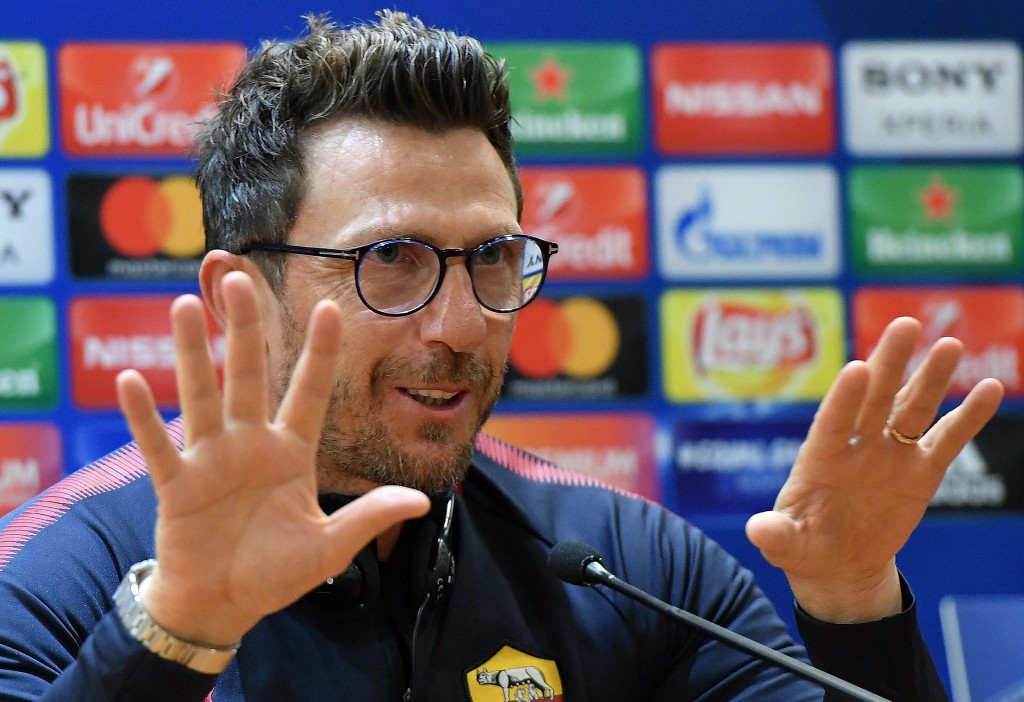 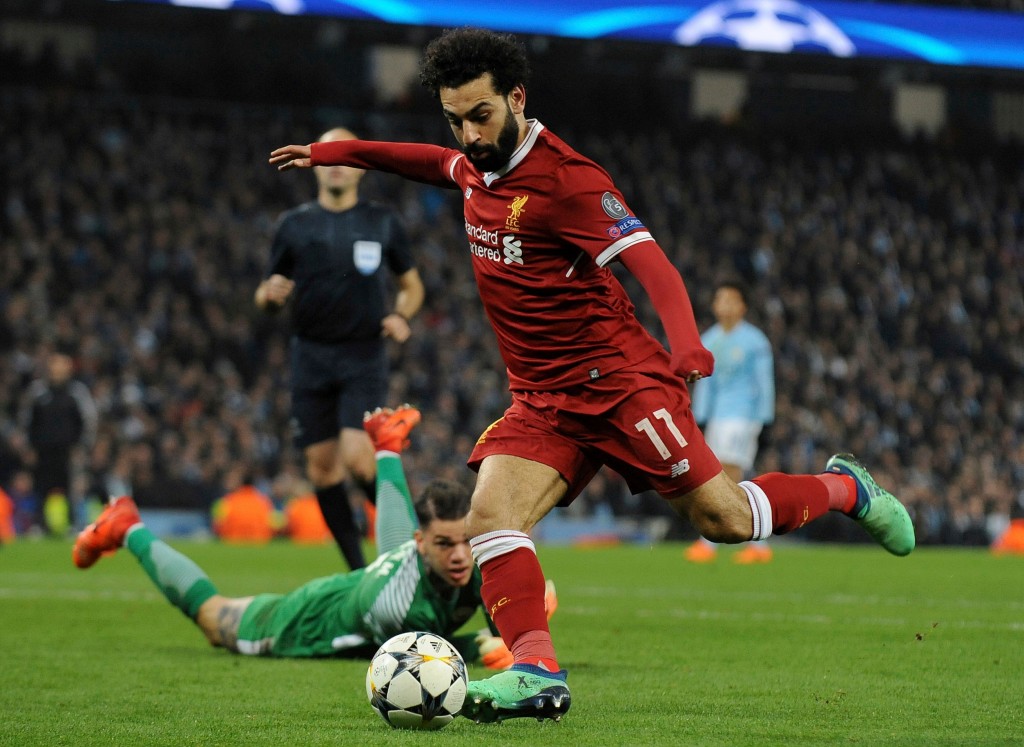 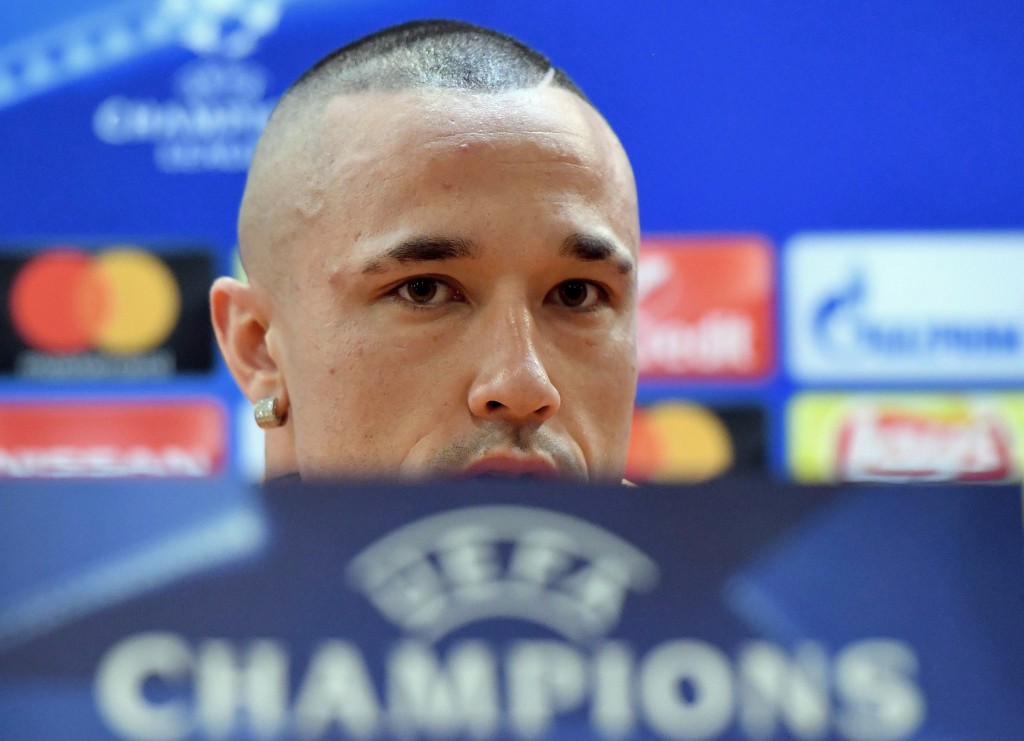 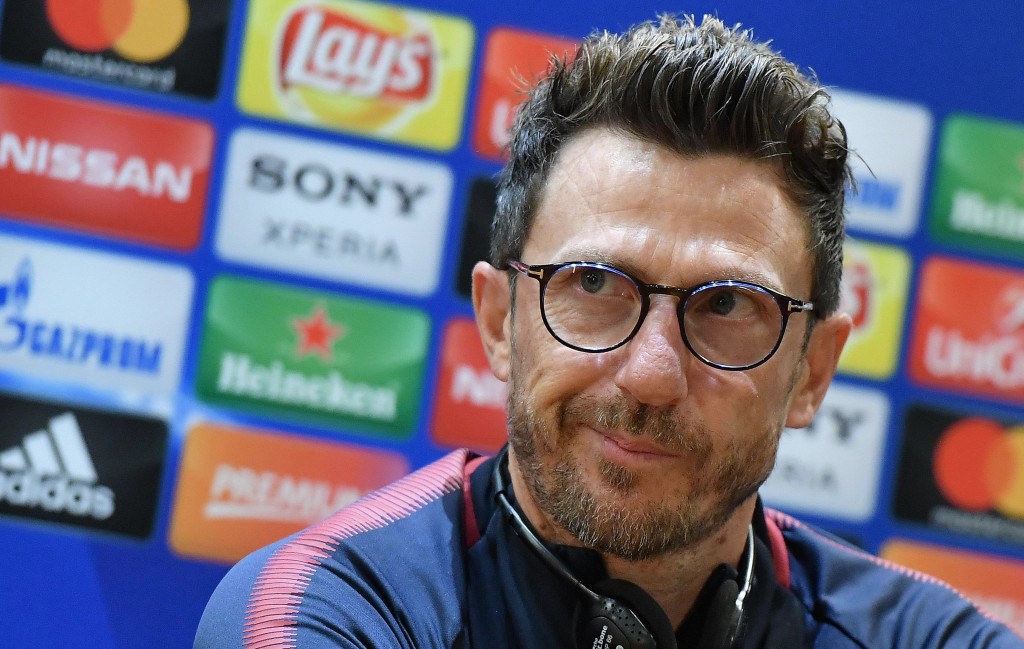 ROME (AP) — Liverpool striker Mohamed Salah moves so fast that it's difficult to keep an eye on him.

Yet that's exactly the advice Roma coach Eusebio Di Francesco has given his players before they face their former teammate in the second leg of the Champions League semifinals.

Salah scored two goals in the first half of the opening leg, setting Liverpool on its way to a 5-2 victory.

Roma needs to win by a three-goal margin on Wednesday to advance to next month's final in Kiev, Ukraine, so Di Francesco is putting the emphasis on attacking while instructing his squad to be more aware of Salah's darting movements.

"We can't move a chunk of the squad around just for one player — even if he was decisive in the first leg — or try to put the entire squad's focus on Salah," Di Francesco said Tuesday. "All I can say is this player is unbelievably skilled when he moves vertically and we need to be a bit better at reading certain situations.

"It's not like we can put three players on Salah. That's out of the question, because we need to spread our energies around," the first-year Roma coach added. "Yes we need to account for the opponent but we need to focus on ourselves and doing something great to erase the three-goal deficit."

Salah has scored 43 goals in 48 appearances in all competitions this season.

"If you lose focus just for a second in games like this, you get punished," said Roma midfielder Radja Nainggolan, who has never scored in 23 Champions League appearances. "We need to be fully focused for 95 minutes and give everything - that's the only way we'll be able to turn this around."

Roma has not conceded a goal in their five Champions League home matches this season, and it's clear that the Giallorossi want to duplicate their surprising 3-0 win over Barcelona from the quarterfinals.

"I would do it like on a computer or telephone — copy and paste," Di Francesco said. "We want to create another miracle, if you will. But we all need to do a lot more than we did in the first leg."

Roma will be without physical midfielder Kevin Strootman, who injured his chest in the first leg.

There are concerns over fan violence surrounding the match after two men from Rome were arrested on suspicion of attempted murder following an assault outside the stadium before the first leg that left a Liverpool fan in critical condition.

"I can assure you there are really great fans in Rome — real fans — who mean well," Di Francesco said when asked about the incident by a British journalist. "But a very small part of them — and I think you have them on your side, too, and generally all around the world — can ruin a beautiful sport like ours.

"So I want to issue an appeal: I hope it's really joyful and fun to come to the stadium, beyond the result."

The game is a rematch of the 1984 European Cup final that Liverpool won over Roma in a penalty shootout at the Stadio Olimpico — and it's the first time that Roma has reached the semifinals since that year's competition.

"Too much time has passed since that final for these players to realize what it meant," said Di Francesco, who as a player helped Roma to the 2001 Serie A title. "That's more in the hearts of the fans.

"The motivation for them should lie elsewhere, playing a Champions League semifinal. We need to build belief that we can achieve things in this competition."