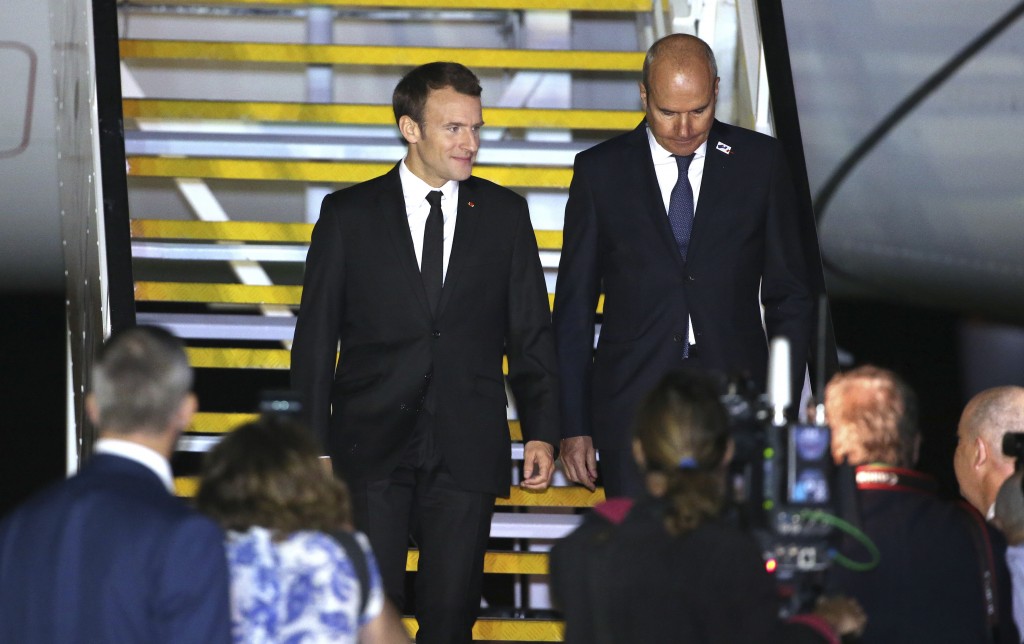 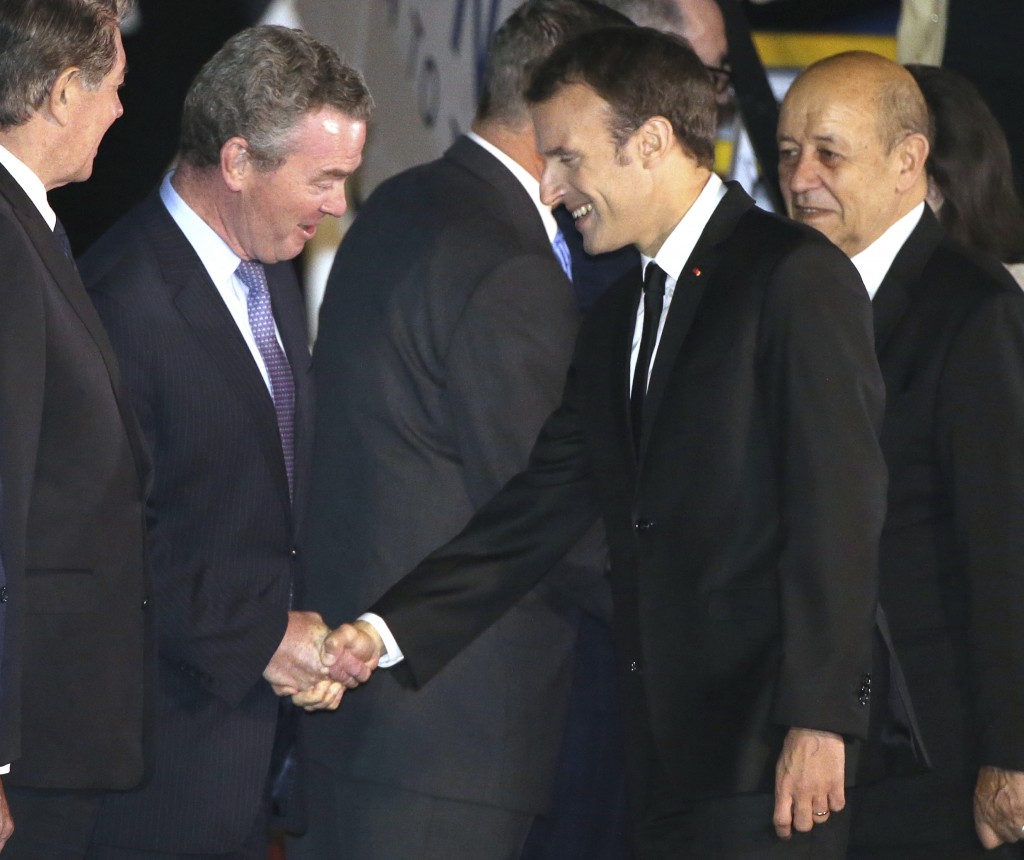 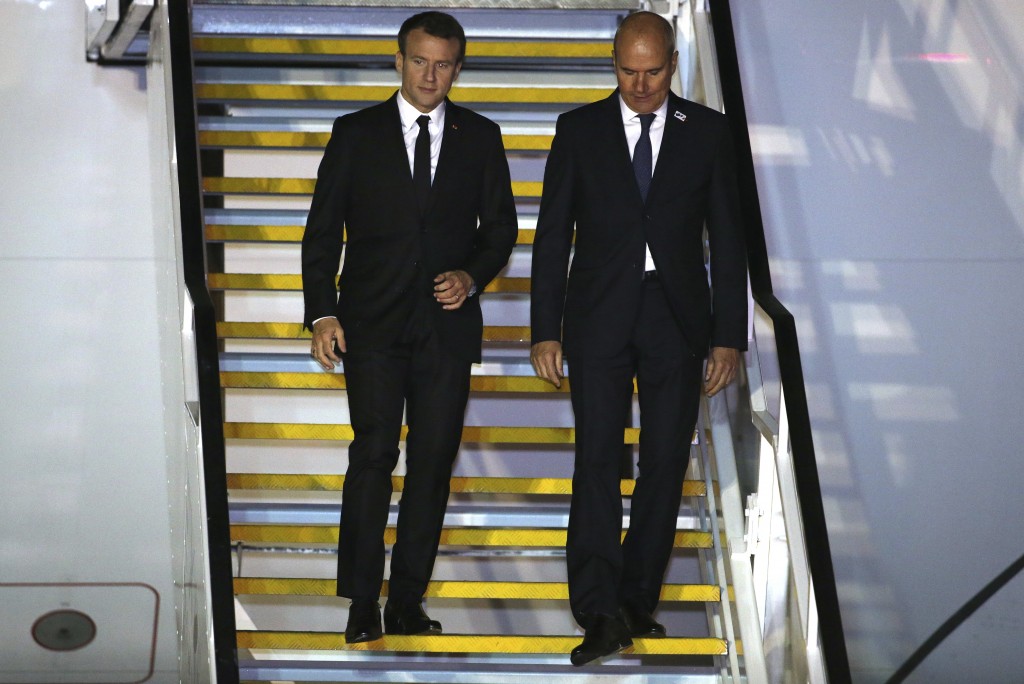 PARIS (AP) — French President Emmanuel Macron has arrived in Australia for a three-day visit set to seek closer cooperation between the two countries on security issues.

Macron's trip will have a strong focus on defense, since Naval Group (former DCNS), a French state majority-owned company, won a 2016 bid to build submarines for the Australian navy in a deal worth 50 billion Australian dollars ($37 billion).

The visit will also focus on climate-related issues.

Macron, who is just back from a state visit to Washington, will be welcomed by Australia's Prime minister Malcolm Turnbull and his wife with a dinner at Sydney Opera House.