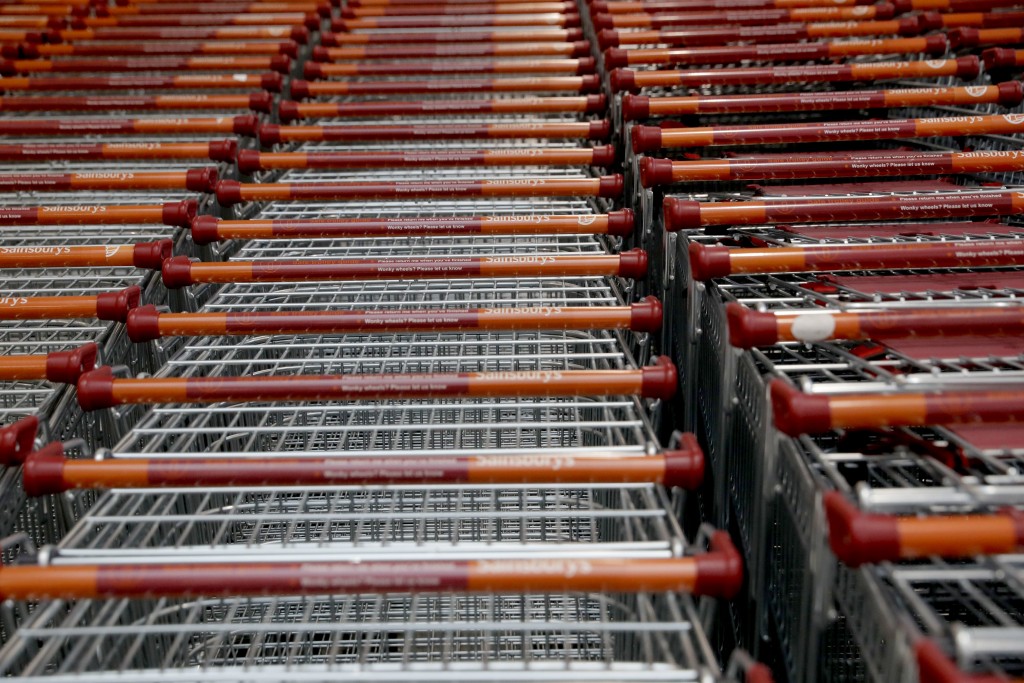 LONDON (AP) — The CEO of British supermarket chain Sainsbury's has apologized after being caught on camera singing 'We're in the Money' following the takeover of Walmart's unit Asda.

Mike Coupe was preparing for an ITV interview to discuss the $10 billion deal when caught on microphone singing a song from the musical '42nd Street.'

Coupe sang "we're in the money, the sky is sunny, let's lend it, spend it, send it rolling along." He later described it as "an unguarded moment" before settling down to speak.

He says it was "an unfortunate choice of song from the musical ... I saw last year and I apologize if I have offended anyone."

The value of Coupe's 1.28 million shares in Sainsbury's rose over half a million pounds ($750,000) Monday after the deal's announcement.