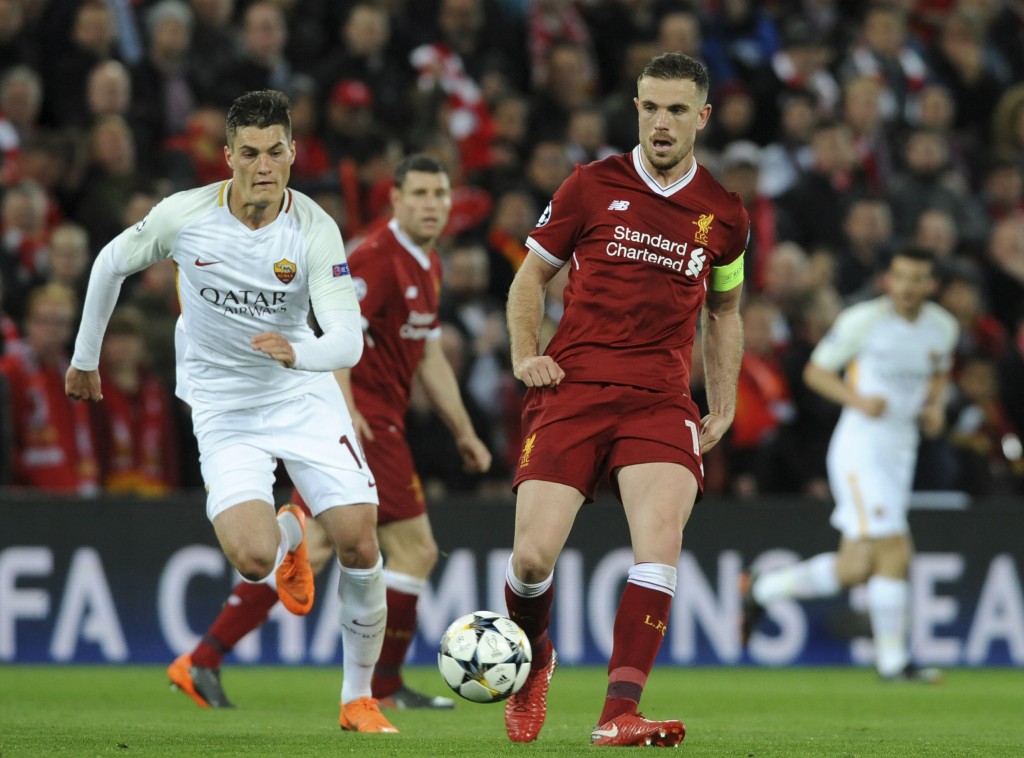 ROME (AP) — Roma waited all season to see what Patrik Schick can do.

Plenty, it turns out, as evidenced by his last two appearances in both the Champions League and Serie A.

The 22-year-old Czech Republic striker can impose his physical presence as a center forward and can also take some of the attention off of more established No. 9 Edin Dzeko when he lines up on the right wing.

Expect Roma coach Eusebio Di Francesco to select the second option for Wednesday's return leg against Liverpool in the Champions League as part of a more offensive 4-3-3 formation — with Stephan El Shaarawy on the left wing.

Roma needs to overturn a 5-2 deficit and Schick should start ahead of Cengiz Under, the Turkish winger he replaced for the second half of the first leg, when Schick inspired Roma to score twice and give the Giallorossi a glimmer of hope for reaching next month's final in Kiev, Ukraine.

"Schick is the proof that when you find that mental strength and confidence, you can hit great heights regardless of the tactics," Di Francesco said after Schick scored the opener in a 4-1 win over Chievo Verona on Saturday.

"He played in a wider role, which people had said he wasn't suited to," Di Francesco said. "He has improved physically, because to play on the wing you've got to have a good running level and he's got that."

Having been slowed by injuries and ailments for much of the season, Schick has now scored twice in his last two Serie A matches — his first league goals with Roma. He also featured prominently in the remarkable 3-0 win over Barcelona in the second leg of the quarterfinals, showing off both his aerial skills and skilled feet.

After emerging at Sampdoria with 11 goals last season, Schick had been set to join six-time defending champion Juventus but the deal collapsed because of a reported heart problem.

Sampdoria coach Marco Giampaolo initially used Schick as a substitute, but the youngster scored on his first start — against Juventus — and after netting in three straight matches in December it became difficult to leave him out of the starting lineup.

That scoring streak was capped by a spectacular strike against Chievo when, with his back to goal, Schick flicked the ball over a defender and raced through the opposition before driving home a precise finish.

Schick made his league debut for Sparta Prague in 2014, but his career took off during the 2015-16 season while on loan at Czech club Bohemians.

Sampdoria then signed him the following year for a fee of about 4 million euros ($4.8 million), and Roma snapped him up in August on a club record deal adding up to about 42 million euros ($51 million) — the same fee that Liverpool paid for Mohammed Salah two months earlier.

"I have been operating in the role of a sporting director for 17 years," Monchi, Roma's transfer market mastermind, said at the start of the season, "and this is perhaps the signing where I feel the most pleased, satisfied and proud."