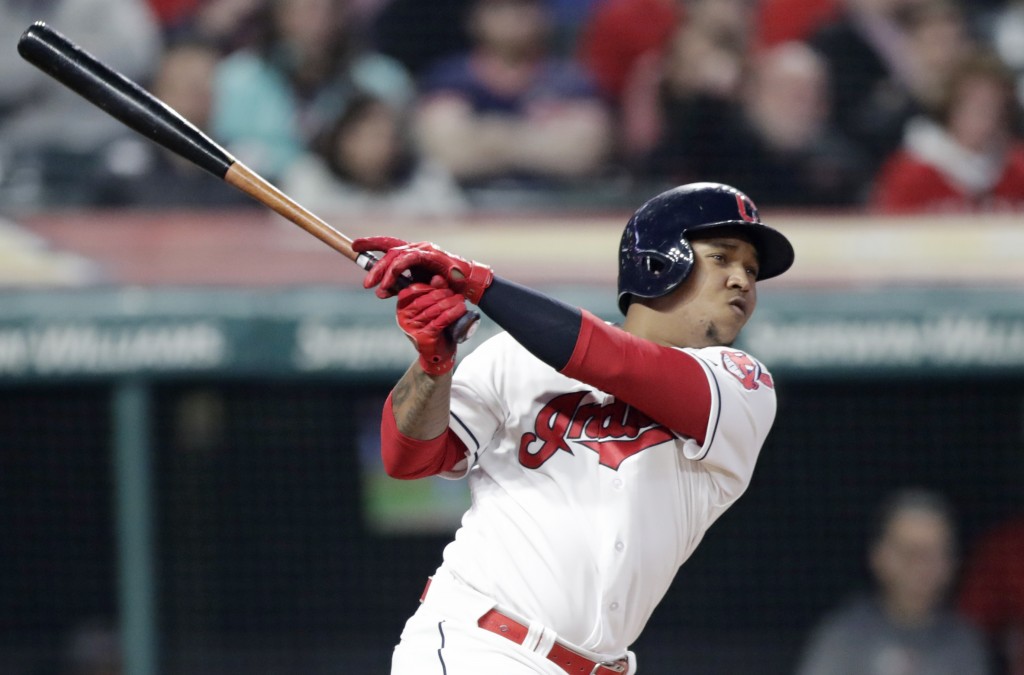 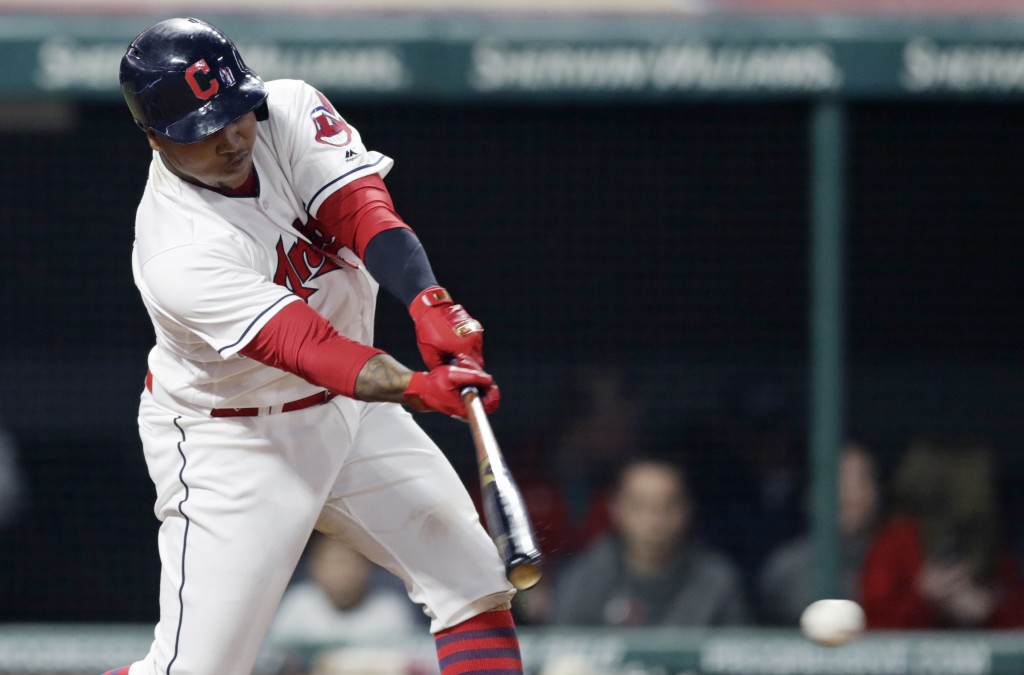 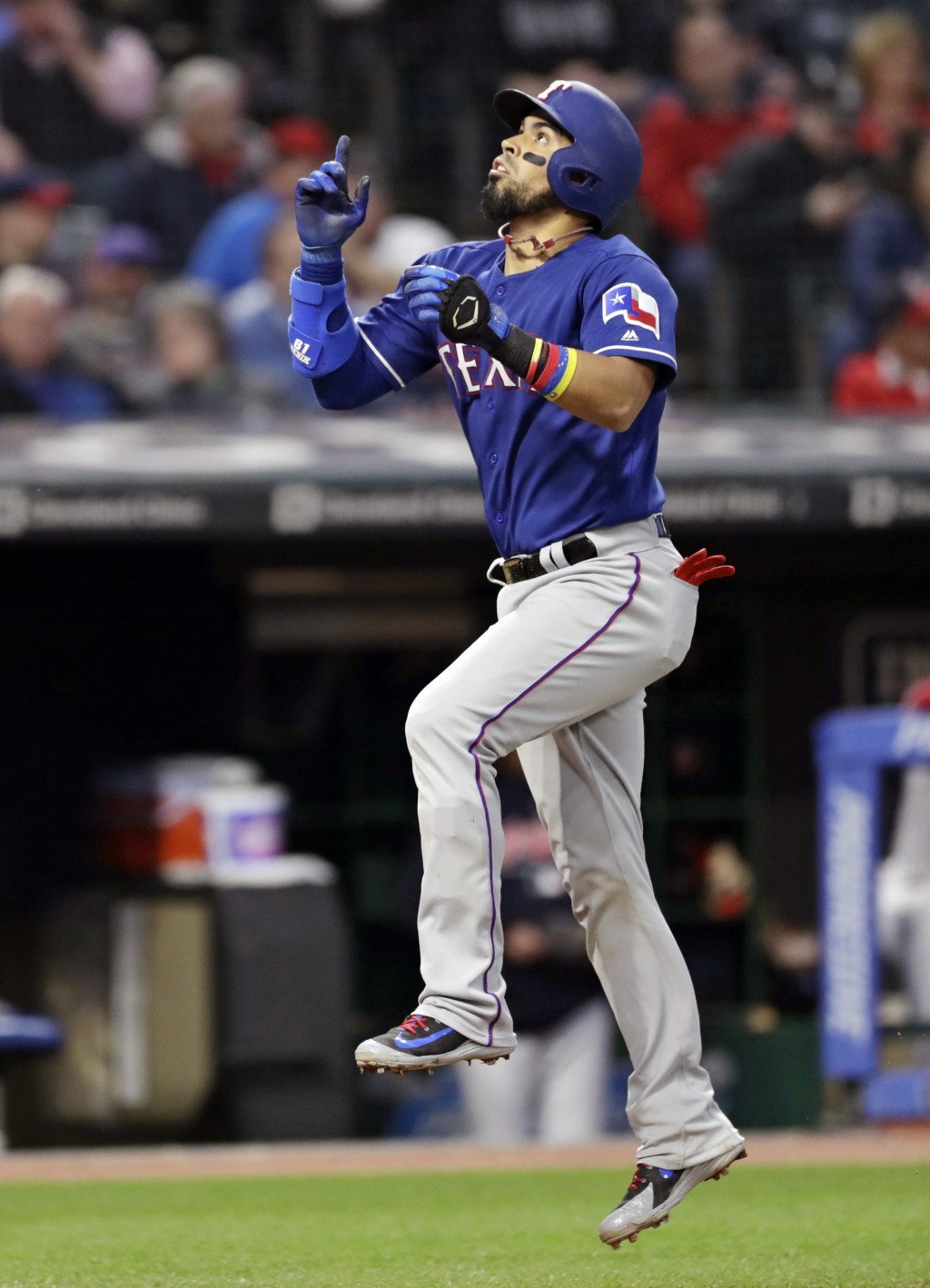 Beliveau struck out Joey Gallo with two runners on in the ninth for his second career save and the Cleveland Indians held on for a 7-5 win over the Texas Rangers on Monday night.

Being in the closer's role in a major league game wasn't something Beliveau was expecting when he was called up from Triple-A Columbus last week after ace reliever Andrew Miller went on the 10-day disabled list with a strained left hamstring.

"It's stuff you dream about," he said after his first save since Sept. 14, 2014, against Toronto. "My heart was pumping a little more than usual."

Cody Allen (2-0) got the final two outs in the eighth after Texas scored twice off Tyler Olson. Cleveland's closer put two runners on with one out in the ninth. Jurickson Profar grounded out, but Nomar Mazara's infield hit cut the lead to 7-5.

Allen was pulled by manager Terry Francona after throwing 41 pitches. Beliveau fell behind Gallo 3-0, but came back to strike him out and secure Allen's win.

"Cody did great," Beliveau said. "He threw a lot of pitches. Those are tough batters right there in a big situation. I guess he got the ball to me, never thought I'd be saying that."

Francona knew the late innings wouldn't be easy without Miller, one of the most dominant relief pitchers in baseball.

"We have some guys pitching maybe in situations they haven't pitched before," Francona said. "We may have to win a few games like this. Sometimes that's the way it is."

Texas scored twice in the top of the eighth to go ahead 4-3, but the Indians quickly regained the lead by scoring four times against Chris Martin (0-1).

Rajai Davis led off with a single and took second on Bradley Zimmer's one-out single. Davis stole third and scored when Francisco Lindor hit a chopper over Martin's head. Martin recovered after getting a glove on the ball, but his flip to first base was late.

Jason Kipnis flied out. Ramirez, who had an RBI single in the seventh, doubled to right. Martin left with a forearm cramp and Yonder Alonzo had a two-run single off Jesse Chavez.

"That was tough," Texas manager Jeff Banister said. "It felt like once we got the lead, we would be in good shape, but it just got away from us."

Trevor Bauer struck out 11 in 6 2/3 innings, but gave up Robinson Chirinos' home run on his 122nd and final pitch of the game.

Bauer had the 10th double-figure strikeout game of his career, holding Texas to four hits.

Kipnis' double off Cole Hamels gave Cleveland the lead in the fifth. The hit scored Zimmer on a call that stood after a Texas challenge.

Hamels allowed two runs — one earned — in five innings. He was pulled after the first two hitters in the sixth reached base.

"There was no room for error because Bauer is going to do what he's been doing and keep the game close," Hamels said.

The Indians plan to use right-handers Carlos Carrasco and Adam Plutko in a doubleheader against Toronto on Thursday. Francona thinks Carrasco, who strained his back while tripping on the dugout steps Saturday, will be able to make the start. Plutko had a perfect game for 7 2/3 innings for Columbus on Saturday and was removed after 95 pitches.

The Rangers placed left-hander Martin Perez on the 10-day disabled list because of right elbow discomfort. He had arthroscopic surgery on his non-throwing elbow in December. Perez broke a bone in a fall after being spooked by a bull on his ranch in Venezuela. The Rangers haven't named a starter for Friday against Boston.

Rangers: 2B Rougned Odor (strained left hamstring), who has been on the disabled list since April 10, will be sidelined for at least another week. General manager Jon Daniels said Odor has jogged on the field for the past few days at extended spring training and has not suffered a setback.

Indians: Miller has been playing catch and will throw off the mound before he's activated from the 10-day disabled list. Miller was injured April 24.