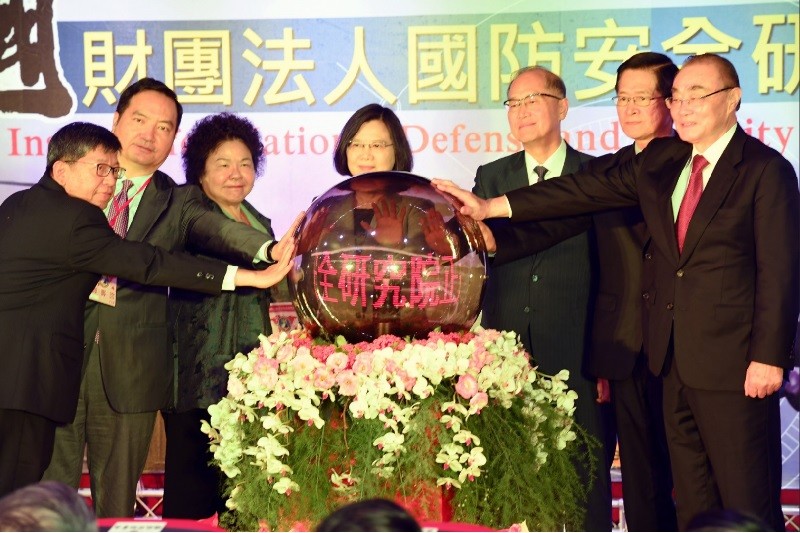 As expected, the new body is chaired by the previous defense minister, Feng Shih-kuan (馮世寬), a former Air Force general who retired from government two months ago.

In her speech at the opening ceremony, Tsai said she hoped the institute would assist the government in keeping abreast of strategic developments, recruit strategic research talent, and turn into a platform for international interaction and cooperation, the Central News Agency reported.

No matter how the strategic environment changed, some things would always remain the same, and those were the need to safeguard national security and to protect the national interest, the president said. Therefore, the new institute should point out a concrete strategic direction and present regular reports about development in strategy and defense technology, she said.

Tsai also emphasized the need for the research center to open its doors and communicate with similar institutions in other countries on a regular basis, CNA reported.