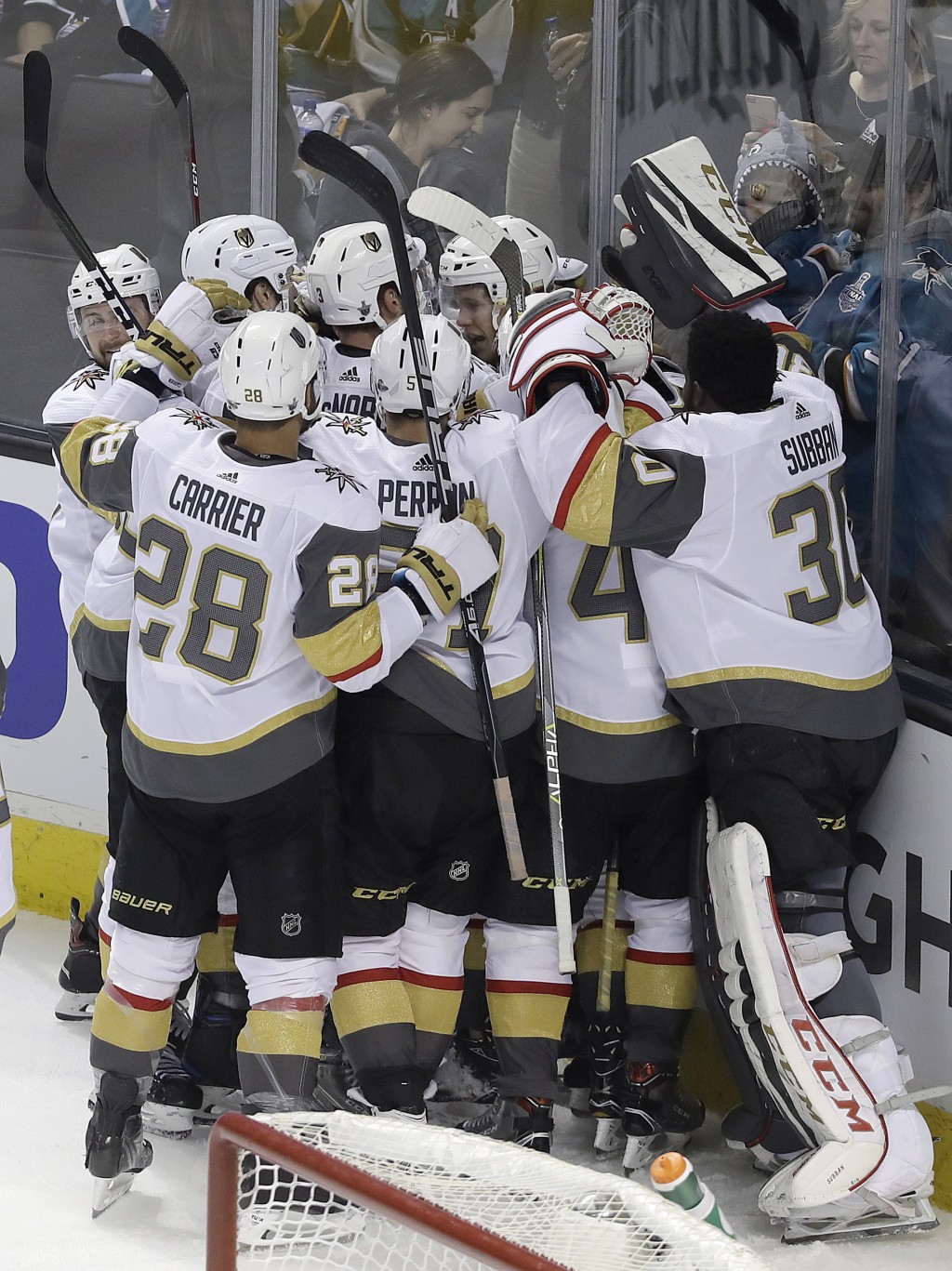 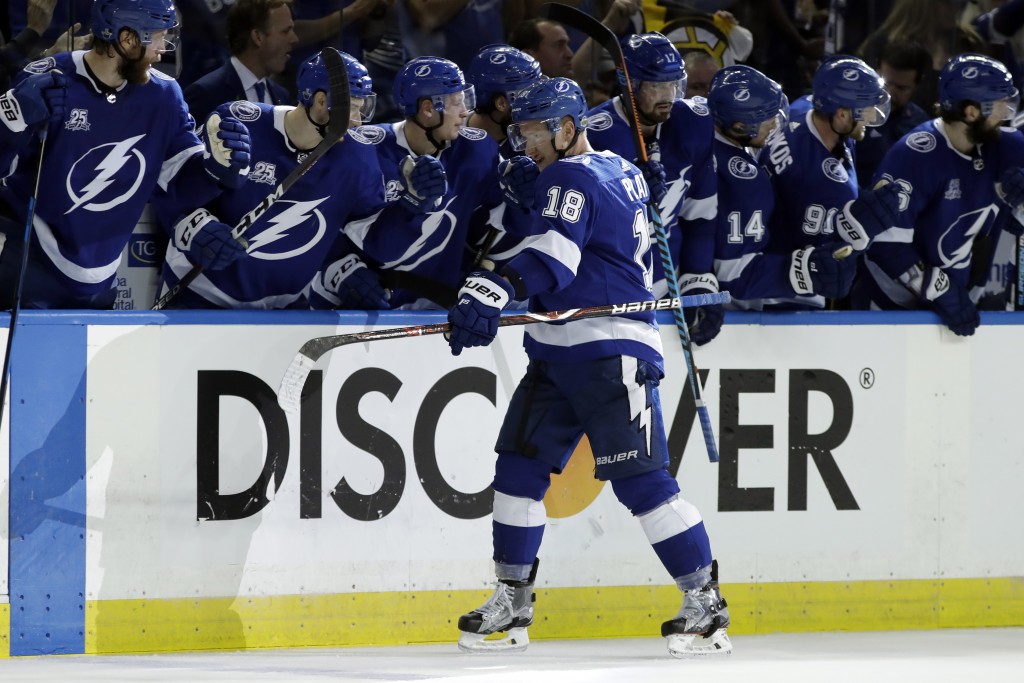 SAN JOSE, Calif. (AP) — William Karlsson scored 8:17 into overtime and the Vegas Golden Knights bounced back from a blown lead late in the third period to beat the San Jose Sharks 4-3 on Monday night to take a 2-1 series lead.

After Tomas Hertl tied the game with 1:57 left in regulation, the expansion Golden Knights rebounded and won in overtime despite failing to convert on two early power-play chances.

Marc-Andre Fleury made 39 saves, including a brilliant one to rob Logan Couture early in the overtime. Couture had another chance in the sequence before the winning goal.

But the Knights broke out with the loose puck and Karlsson beat Martin Jones with a wrist shot high to the stick side and was mobbed by his teammates. Jones made 29 saves.

TAMPA, Fla. (AP) — Brayden Point had an empty-net goal and three assists and Tampa Bay Lightning found a way to slow Boston's high-scoring line of Patrice Bergeron, David Pastrnak and Brad Marchand to beat the Bruins in Game 2 of their second-round playoff series.

The victory evened the best-of-seven matchup between the top two teams in the Eastern Conference. Game 3 is Wednesday night in Boston.

Point assisted on Tampa Bay's first three goals before sealing the win with his empty-netter with 25.2 seconds left. Yanni Gourde, Tyler Johnson and Ondrej Palat also scored for the Lightning, which rebounded from a 6-2 loss in Game 1.

Bergeron, Pastrnak and Marchand combined for three goals and 11 points in the opener. They had four more points in Game 2, but were unable to take over the game.