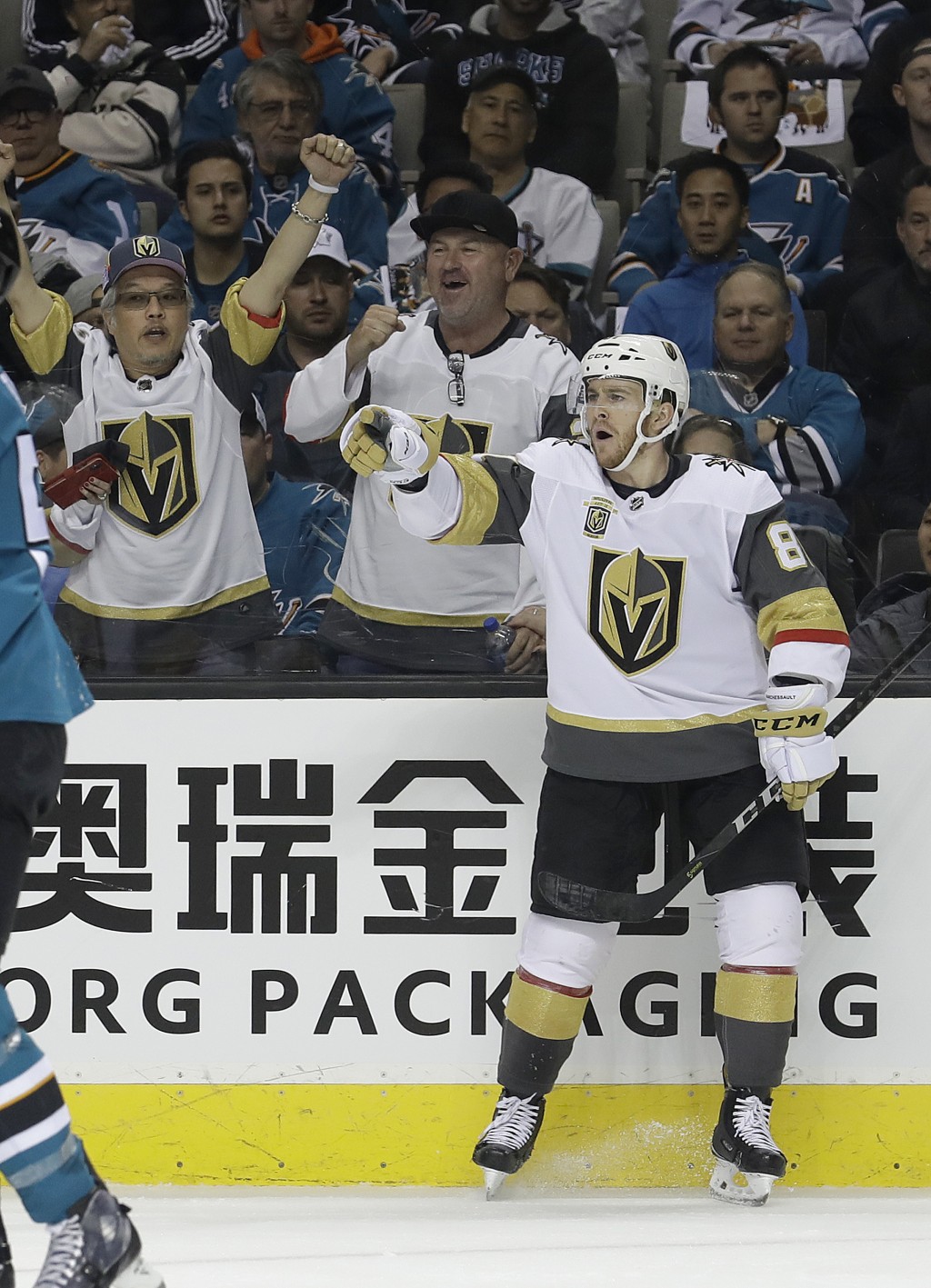 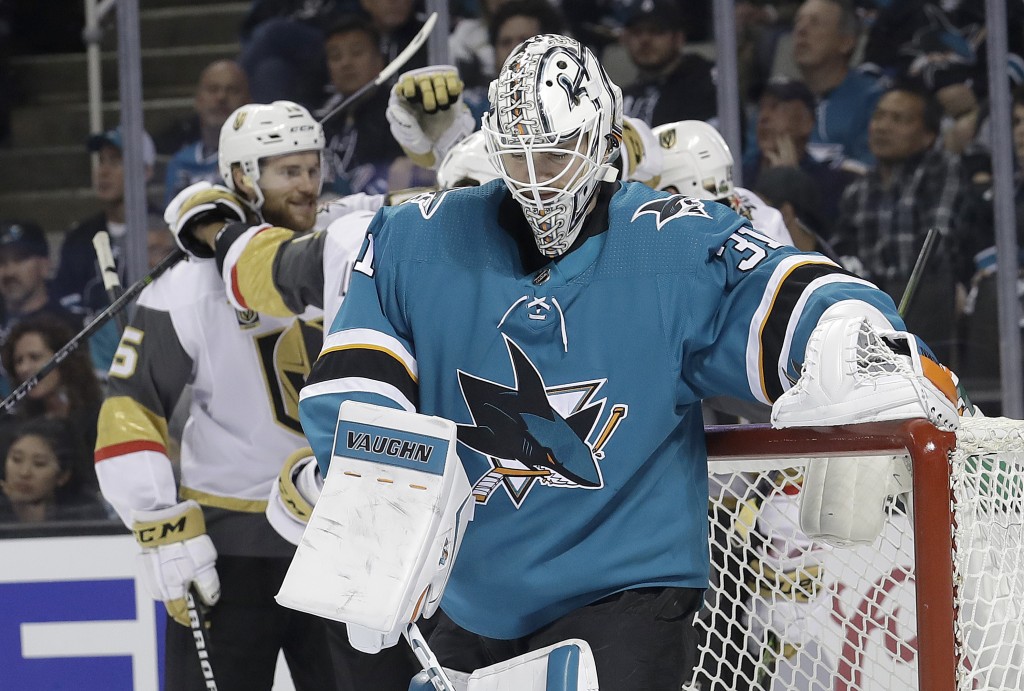 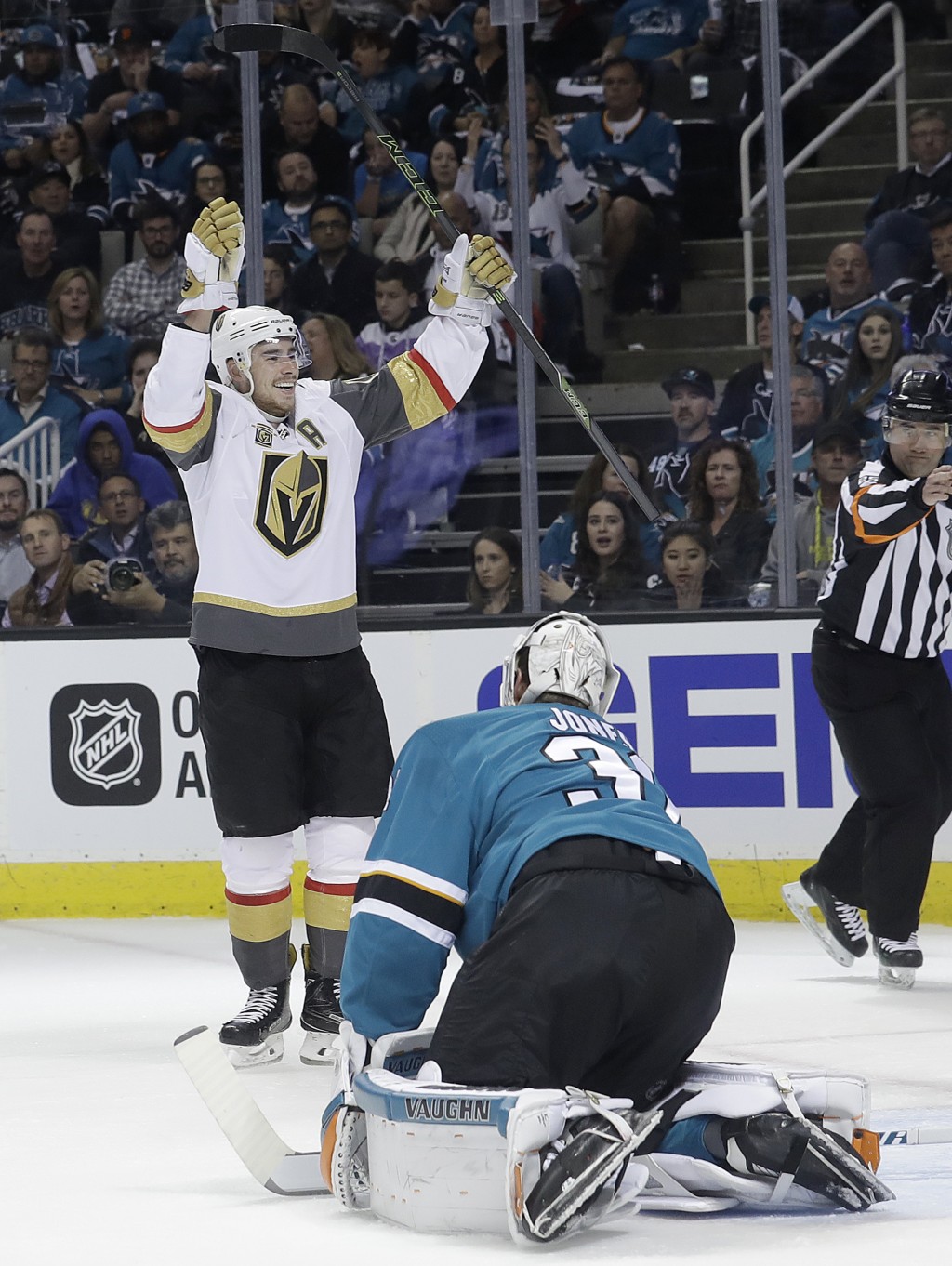 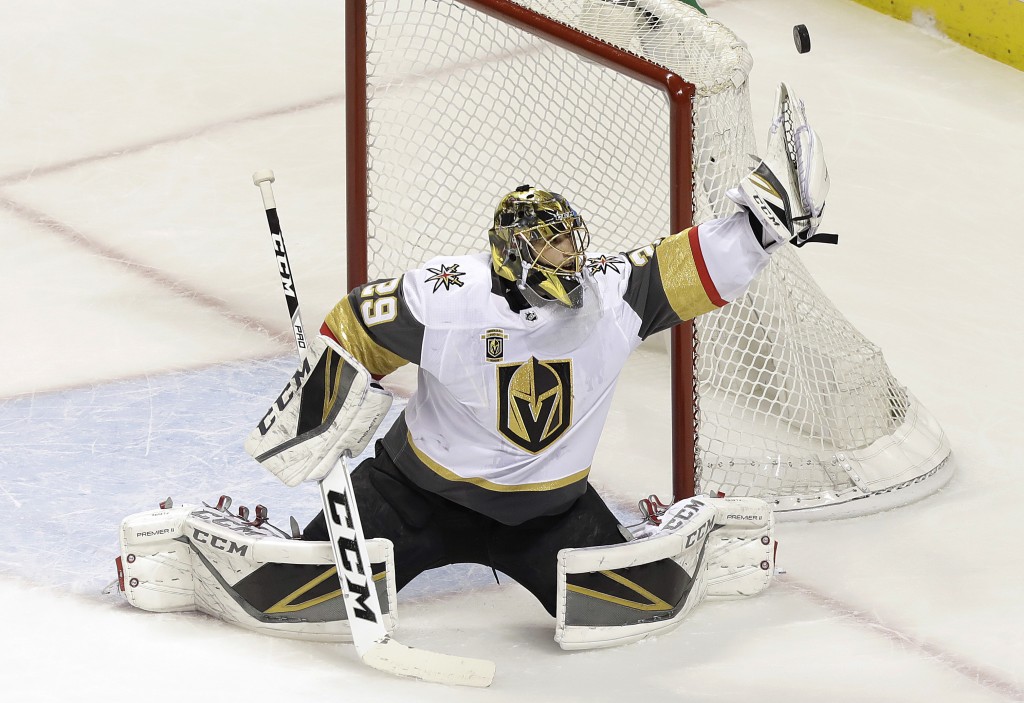 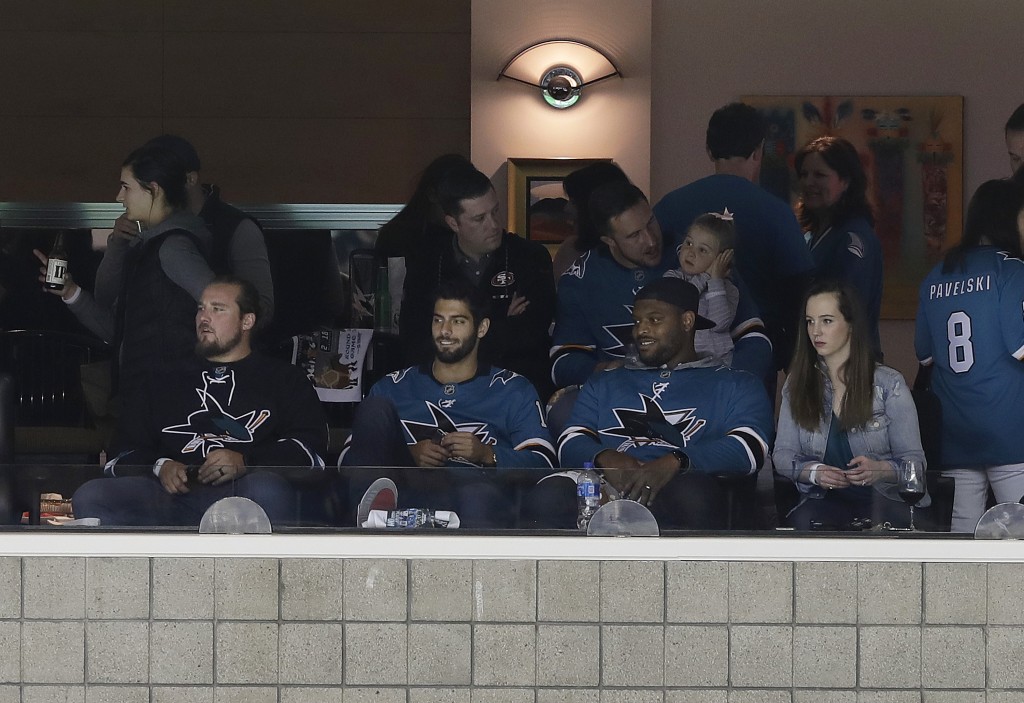 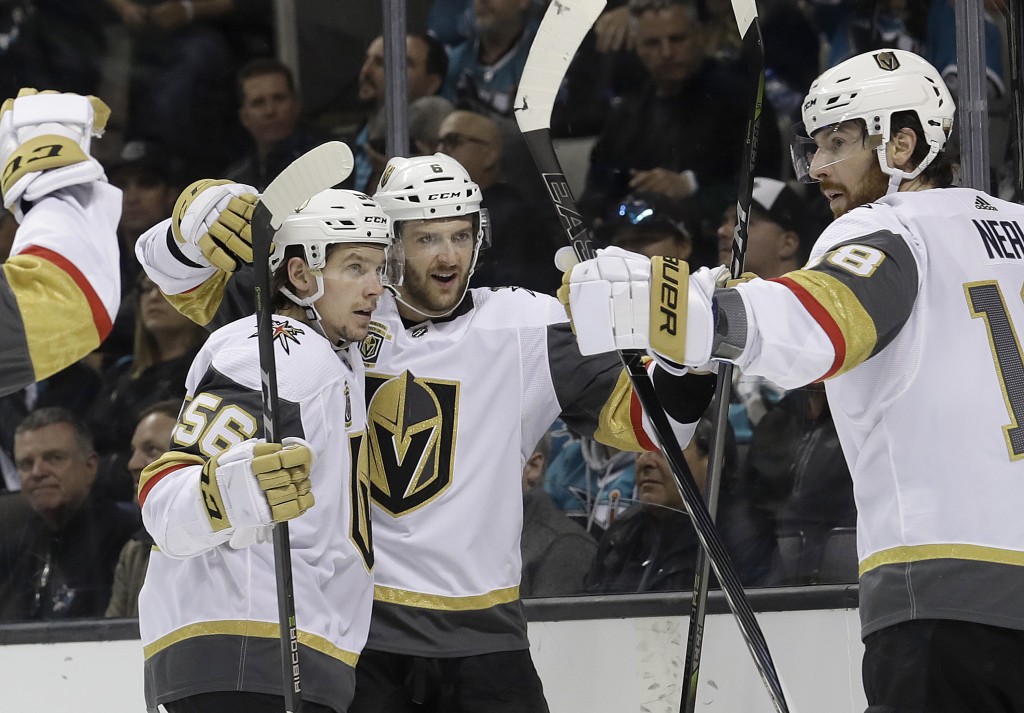 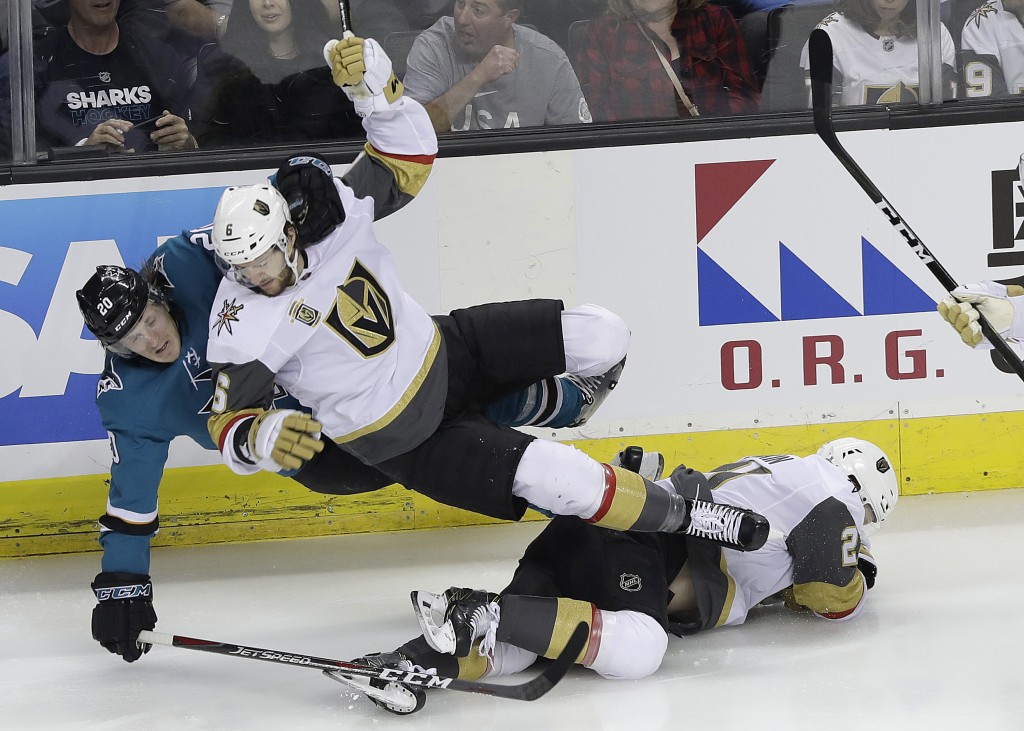 SAN JOSE, Calif. (AP) — William Karlsson scored 8:17 into overtime and the Vegas Golden Knights bounced back from a blown lead late in the third period to beat the San Jose Sharks 4-3 on Monday night to take a 2-1 series lead.

After Tomas Hertl tied the game with 1:57 left in regulation, the expansion Golden Knights rebounded and won in overtime despite failing to convert on two early power-play chances.

Marc-Andre Fleury made 39 saves, including a brilliant one to rob Logan Couture early in the overtime. Couture had another chance in the sequence before the winning goal.

But the Knights broke out with the loose puck and Karlsson beat Martin Jones with a wrist shot high to the stick side and was mobbed by his teammates.

The Sharks rallied to tie the game and force a second straight overtime with two goals in the third period. Evander Kane scored just seconds after the end of a power play midway through the third to set the stage for Hertl.

Hertl drove to the net with a strong power move. With the Sharks swarming in front of Fleury, Hertl whacked at a loose puck and knocked it in for the equalizer with 1:57 to go, sending the towel-waving crowd into a frenzy.

Colin Miller, Jonathan Marchessault and Reilly Smith scored in a span of less than five minutes in the second period to put the Golden Knights in control but they couldn't hold onto the lead.

Timo Meier opened the scoring with a power-play goal for the Sharks, but undisciplined play in the second period helped erase that lead and put San Jose in a hole.

Brenden Dillon held David Perron to give Vegas a power play less than a minute after Meier's one-timer off a perfect cross-ice pass from Chris Tierney gave the Sharks the lead.

San Jose had an 11-1 edge in shots on goal in the period at that point as the Sharks were controlling the play. But that quickly turned as James Neal held the puck below the goal line and fed Miller with a pass that Marc-Edouard Vlasic nearly broke up for a tap-in that tied the game.

About three minutes later, Hertl was called for roughing Neal well behind the play, giving the Golden Knights another chance with the man advantage.

They converted again when Marchessault one-timed a cross-ice pass from Alex Tuch past Jones to give Vegas the lead.

Smith then capped the three goals in 4:46 when Marchessault fed Karlsson, who was left alone at the side of the net. He deftly sent a blind, backhand pass through the crease to Smith, who tapped it in for the 3-1 lead that silenced the crowd until the third-period theatrics.

The Sharks came out energized by a raucous crowd and the presence of celebrity door opener and San Francisco 49ers quarterback Jimmy Garoppolo in their first home game of the series.

San Jose got 16 shots on goal in the first period, but were unable to get anything past Fleury, who rebounded well from his first loss of the postseason.

The Golden Knights didn't manage as much pressure on Jones but did get the lone power play in the first period on a delay of game by Mikkel Boedker. San Jose killed the penalty to keep the game scoreless after one.

NOTES: Sharks F Joonas Donskoi (lower body) sat out. Chris Tierney took his place on the top line with Barclay Goodrow slotting in on the third line. ... F Tomas Tatar returned after missing the past four games as a healthy scratch. He took the place of Ryan Carpenter.