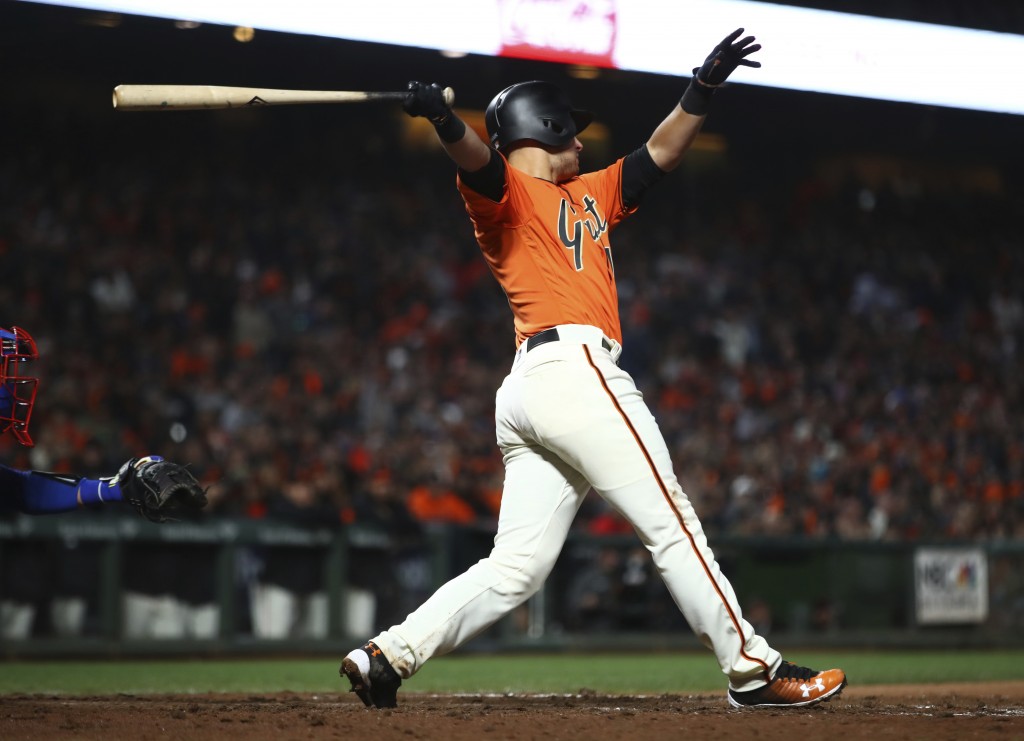 SAN FRANCISCO (AP) — Hoping for clearance to begin a throwing program, San Francisco Giants ace Madison Bumgarner is headed to Arizona to meet with the same doctor who performed surgery on his left pinkie.

Bumgarner was scheduled to leave the Bay Area on Monday night for a checkup with Dr. Donald Sheridan, who inserted three pins into Bumgarner's pitching hand one day after the 2014 World Series MVP was hit by a line drive late in spring training.

If Bumgarner is cleared to start throwing, the four-time All-Star is still likely a month away from rejoining the big league club.

The Giants also said second baseman Joe Panik underwent surgery on the ulnar collateral ligament in his left thumb and will miss at least six weeks. Panik had flown to Los Angeles to get a second opinion before opting for surgery.

It was the latest blow to the injury-ravaged Giants this season.

Left fielder Hunter Pence is rehabbing from a sprained right thumb. Pence's replacement, slugger Mac Williamson, is going through the concussion protocol. San Francisco closer Mark Melancon is slowly working his way back from a right elbow flexor strain. Relief pitchers Josh Osich (right hip strain) and Will Smith (Tommy John surgery) are also on the disabled list, though Smith is expected to come off this week.

Right-hander Jeff Samardzija was scheduled to make his third start of the season Monday after beginning the year on the DL with a pectoral strain.