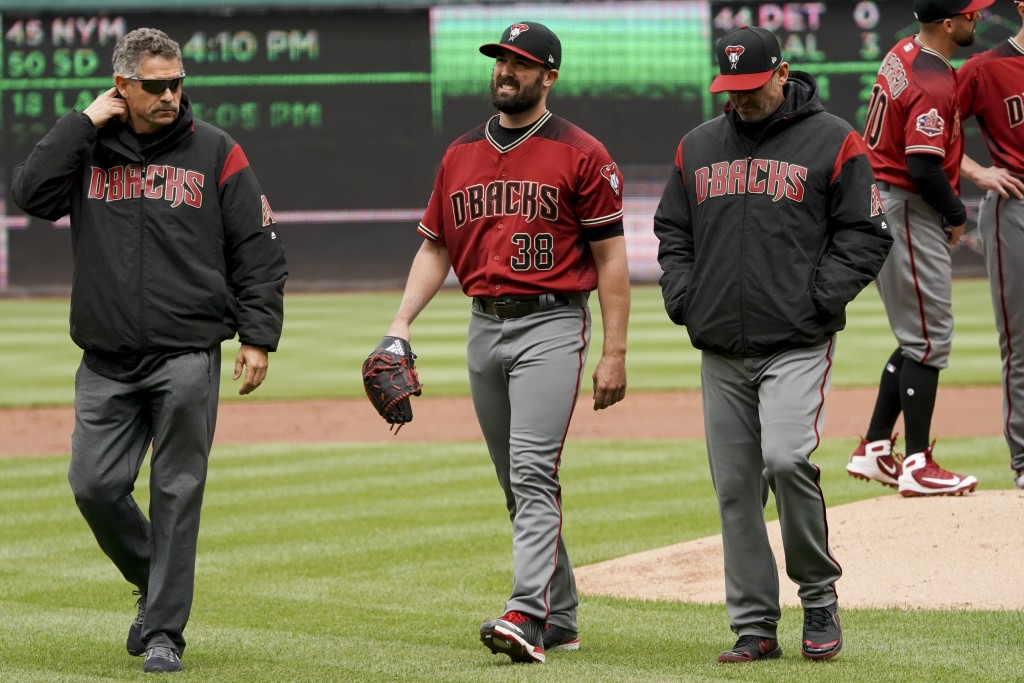 PHOENIX (AP) — The Arizona Diamondbacks have placed left-hander Robbie Ray on the 10-day disabled list with a strained oblique, the second starting pitcher the team has lost to injury already this season.

Right-hander Taijuan Walker is out for the season after undergoing Tommy John surgery.

Ray, an All-Star and 15-game winner last season, left with one out in the second inning of Arizona's 3-1 loss at Washington on Sunday. Diamondbacks manager Torey Lovullo said there is no timetable for his return.

Lovullo wasn't ready to say who would take Ray's next scheduled start on Friday, at home in the opener of a three-game series with Houston.