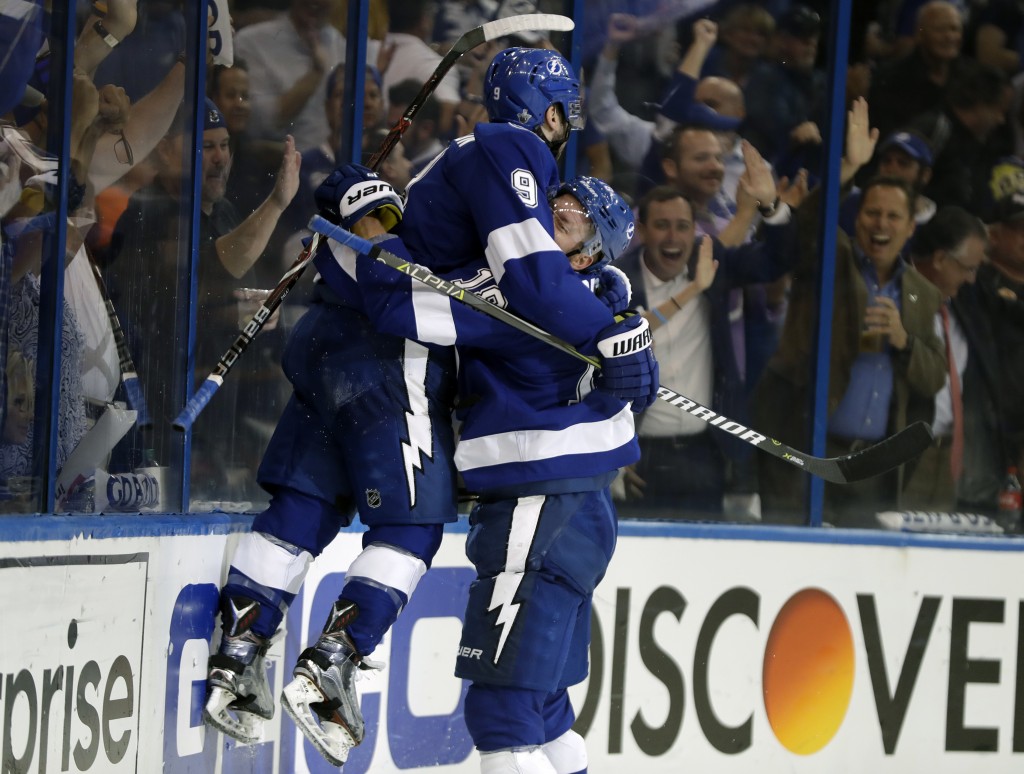 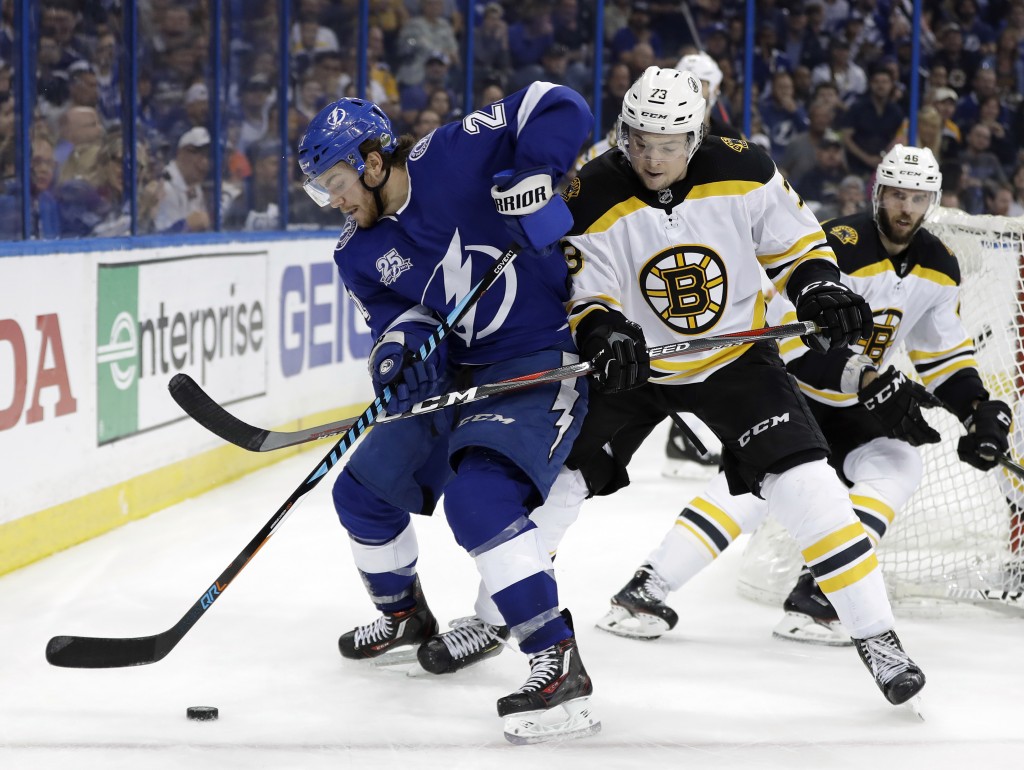 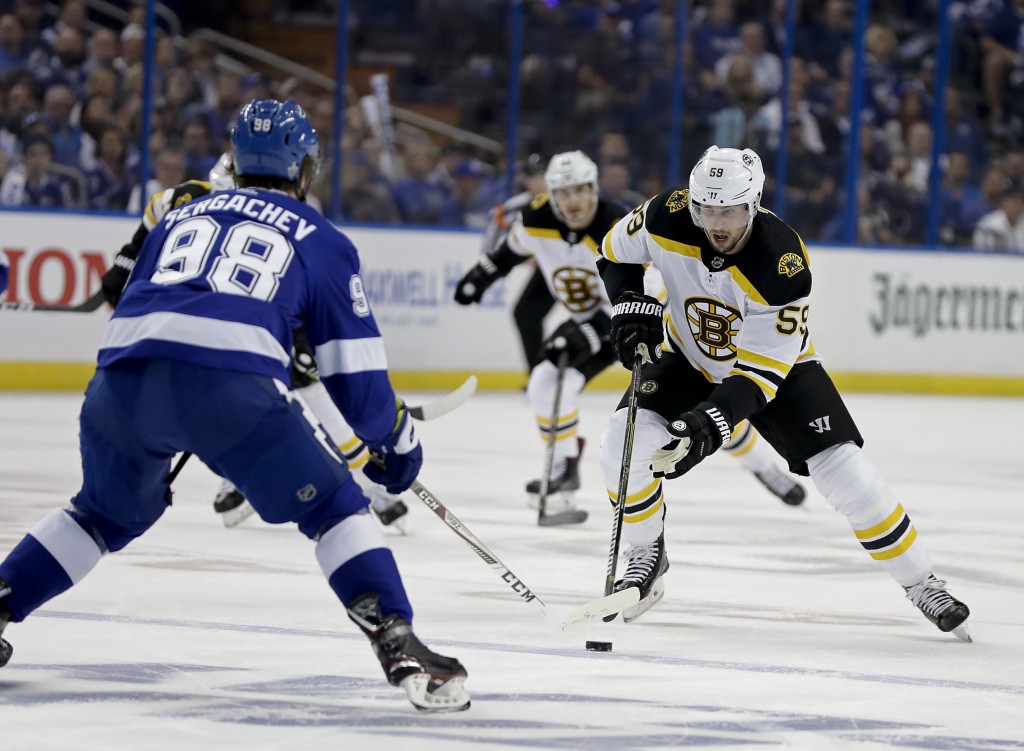 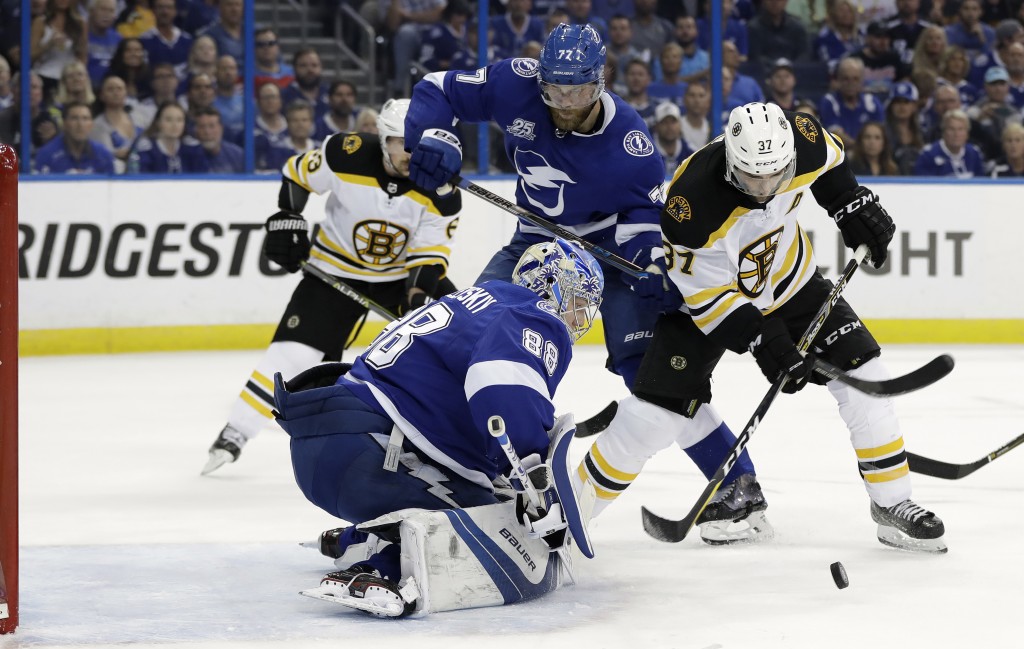 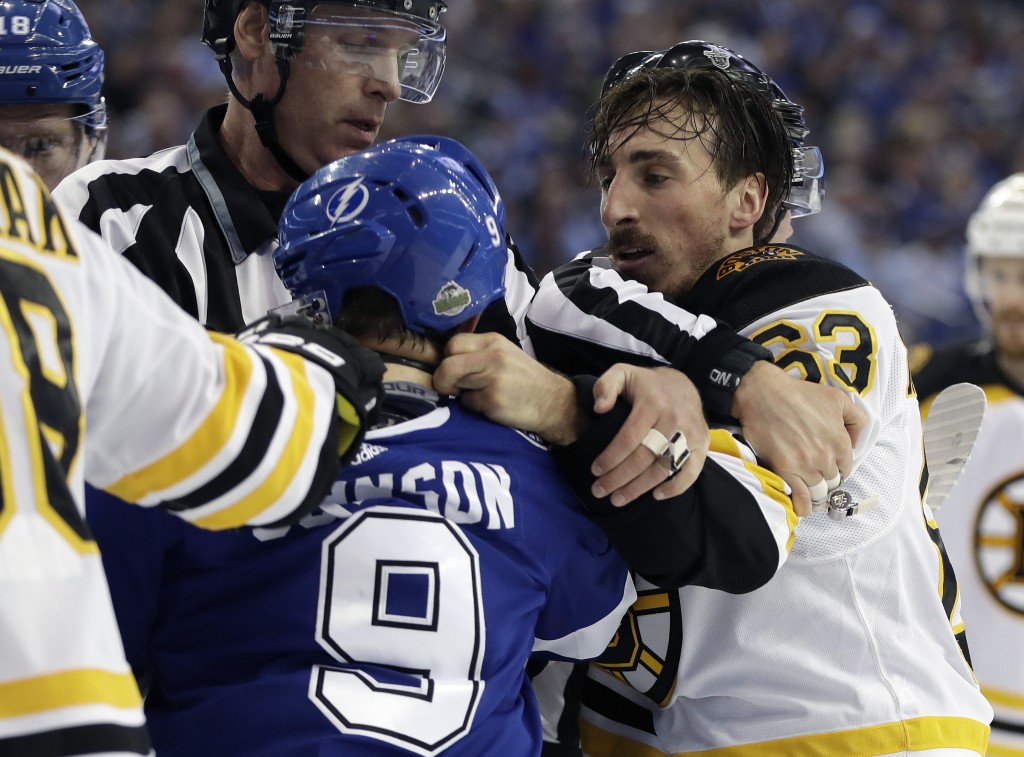 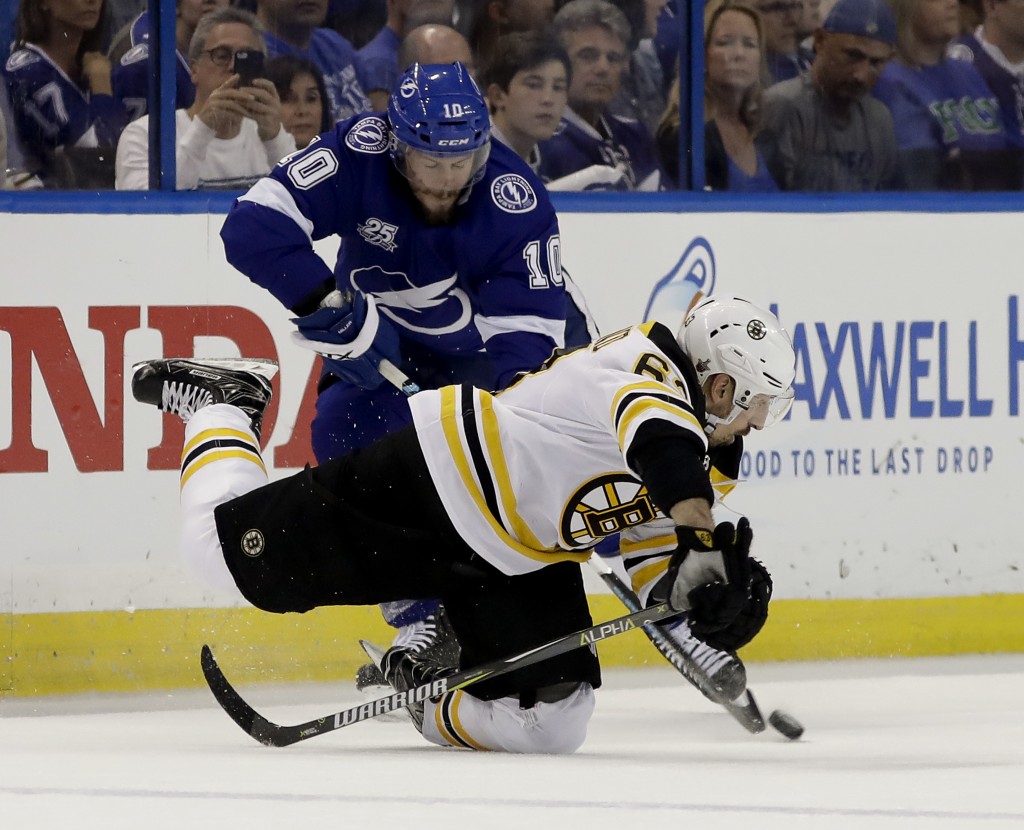 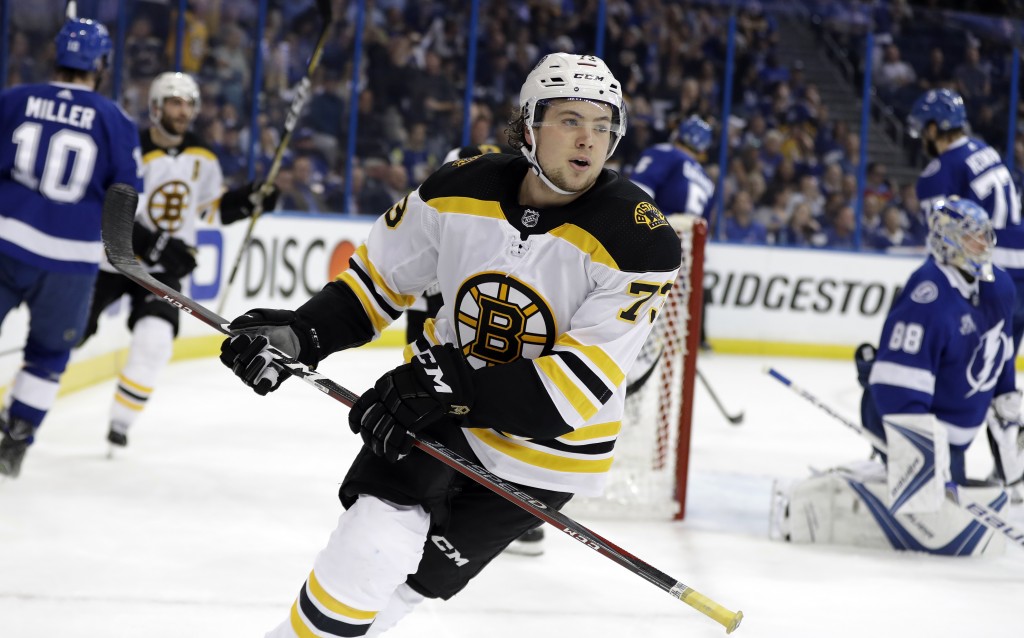 The victory evened the best-of-seven matchup between the top two teams in the Eastern Conference. Game 3 is Wednesday night in Boston.

Point assisted on Tampa Bay's first three goals before sealing the win with his empty-netter with 25.2 seconds left.

Yanni Gourde, Tyler Johnson and Ondrej Palat also scored for the Lightning, which rebounded from a 6-2 loss in Game 1.

Bergeron, Pastrnak and Marchand combined for three goals and 11 points in the opener. They had four more points in Game 2, but were unable to take over the game.

The Lightning had nearly twice as many scoring opportunities as the Bruins in the series opener and controlled play early Monday night, getting off the first 10 shots of the game and taking a 1-0 lead on Gourde's power-play goal at 11:47 of the first period.

With the exception of failing to taking advantage of a long 5-on-3 power play, the Bruins made the most of limited chances, with the Bergeron line leading the way.

McAvoy's goal, with Bergeron and Marchand assisting, made it 1-1. Pastrnak and Marchand set up Krug's goal to keep the Bruins close.

The Bergeron line has 12 goals and 41 points in Boston's five playoff wins. The four assists Monday night are the only points the trio has delivered in four losses.

NOTES: The Lightning have not fallen behind 2-0 in a playoff series since the 2014 Eastern Conference quarterfinals against Montreal. ... Bruins defenseman Zdeno Chara appeared in his 111th playoff game, tying Rick Middleton for fourth place on Boston's career list. It was the 109th playoff game for Bergeron, tied with John Bucyk for the sixth-most in franchise history. ... With his 24th career playoff goal, Johnson pulled even with Vincent Lecavalier for third on Tampa Bay's all-time list.