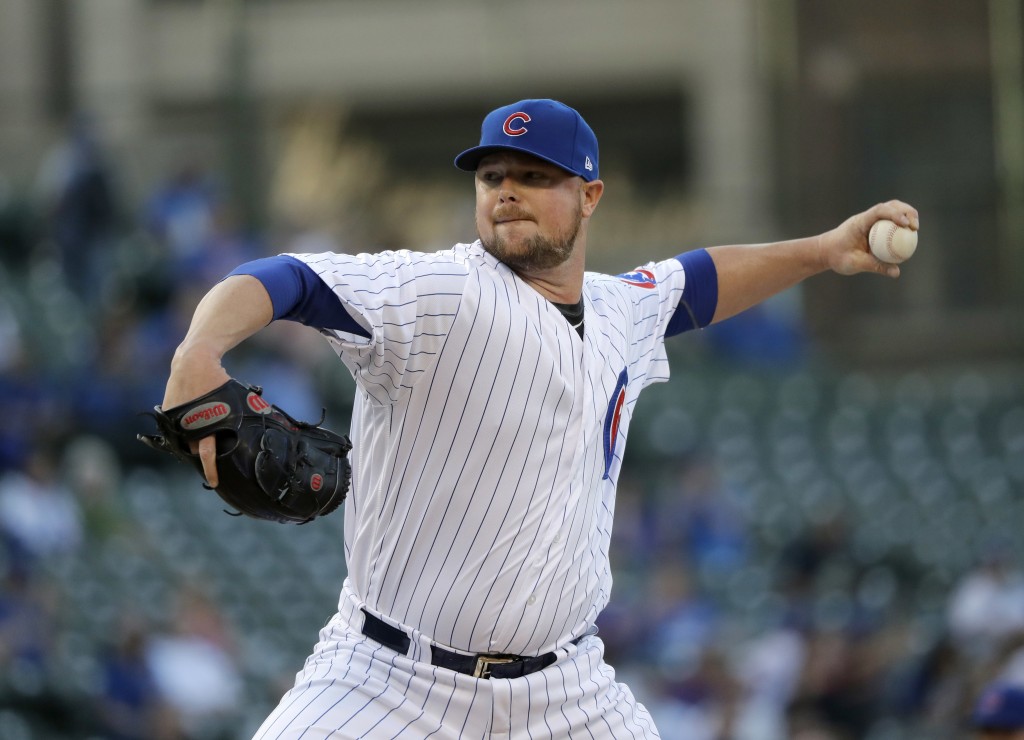 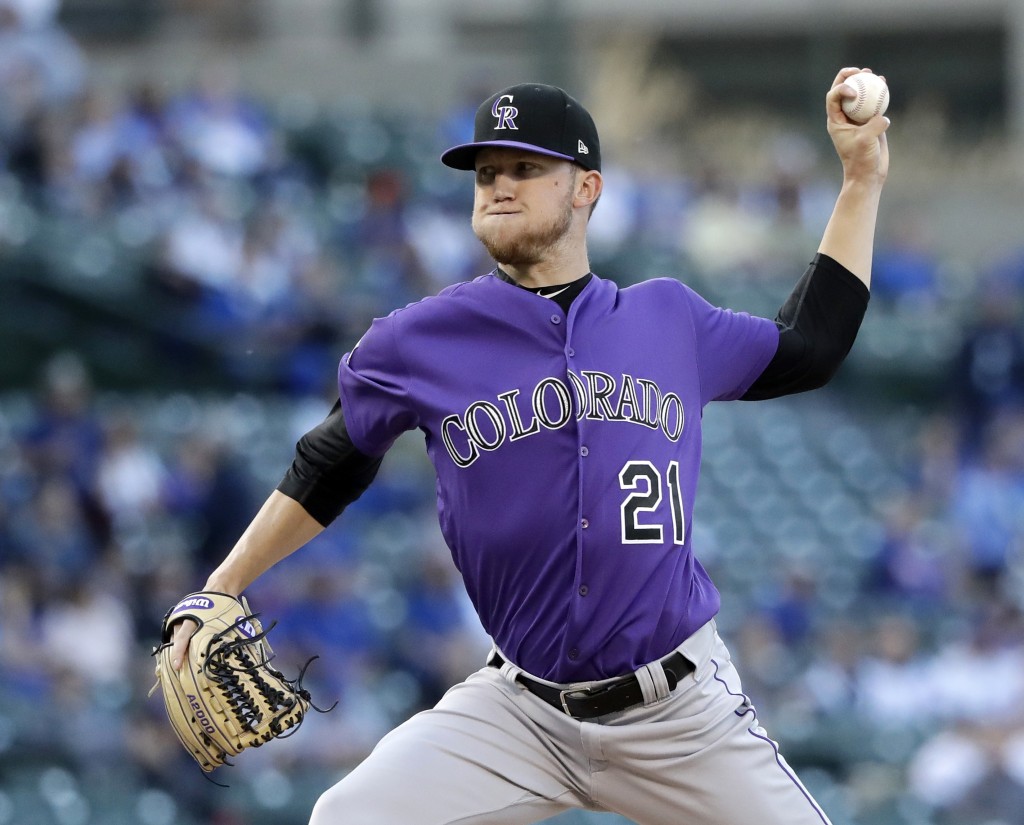 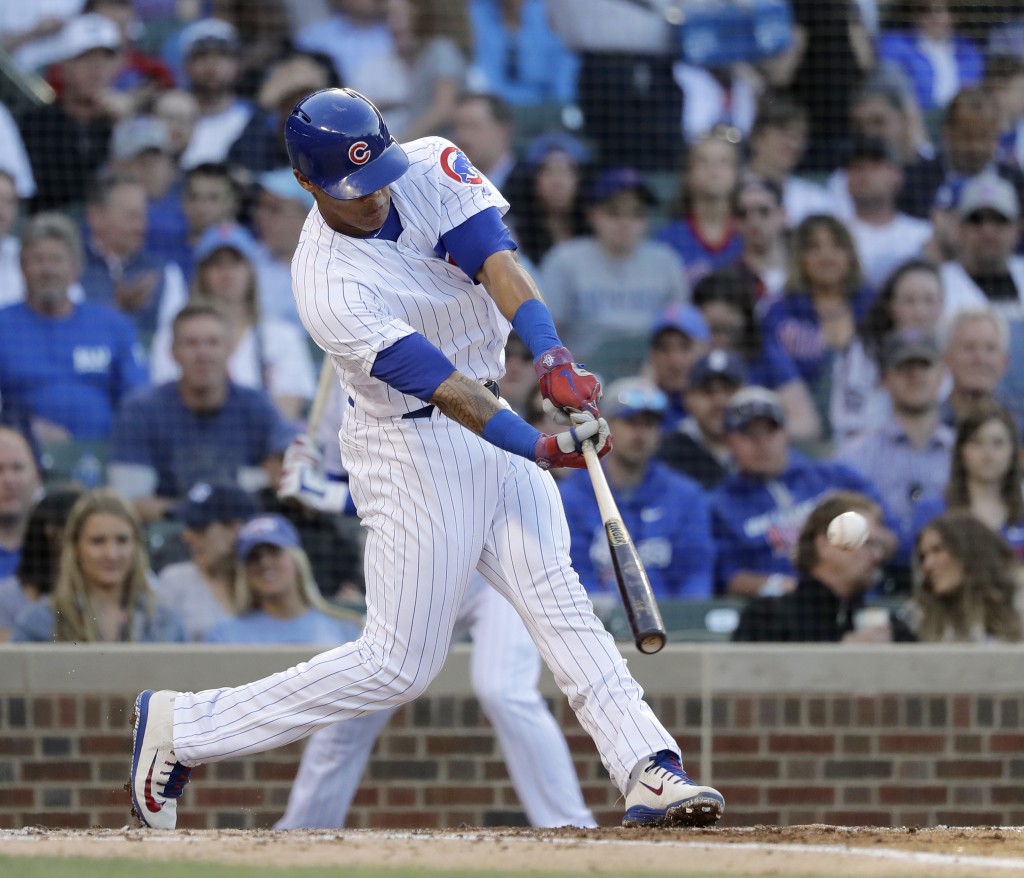 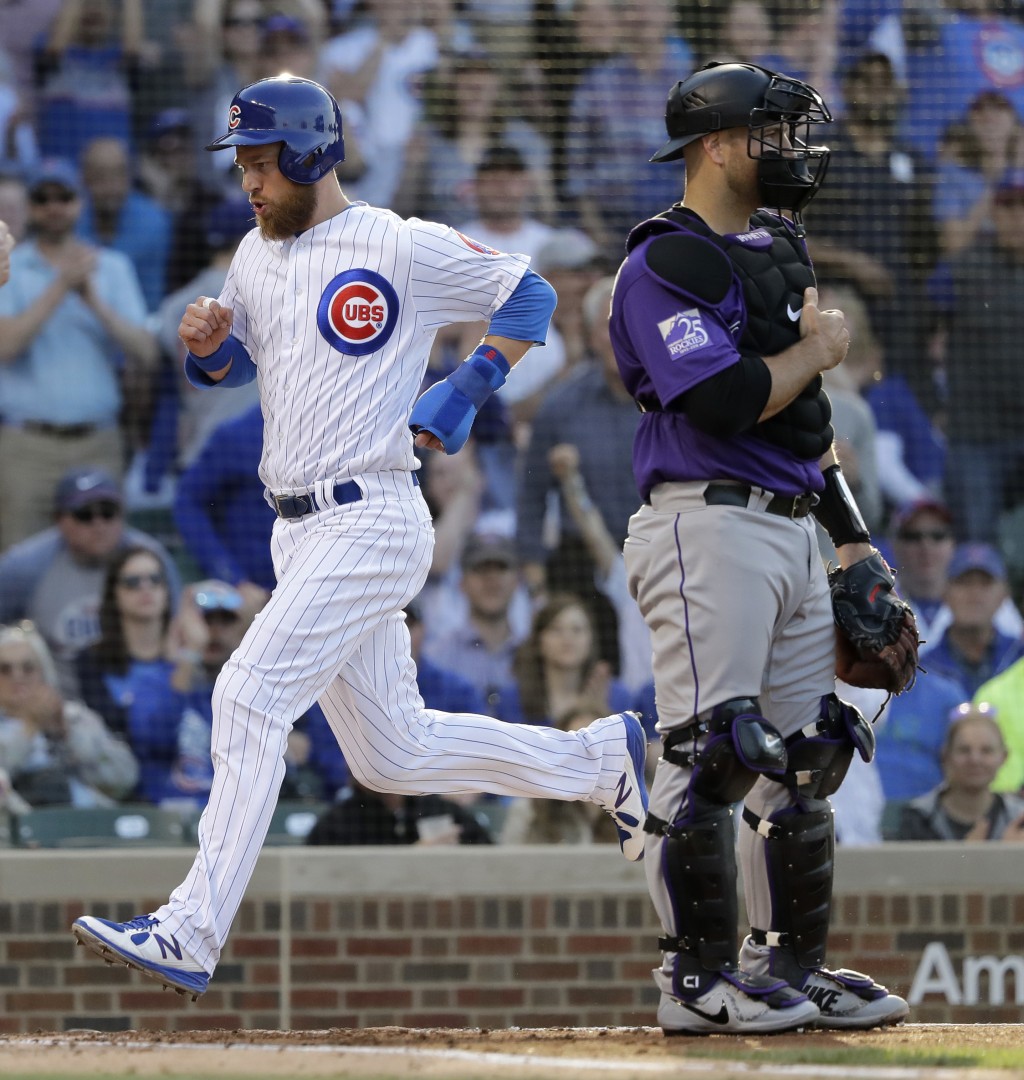 Lester allowed two runs and five hits, struck out five and walked three. Luke Farrell (1-0) worked 1 1/3 innings of perfect relief for his first career win, and Steve Cishek got two outs for his first save.

The Rockies put runners on first and second with two outs in the ninth before Cishek struck out Nolan Arenado.

Lester extended the streak for Chicago's starting pitchers to 33 2/3 innings without giving up an earned run. The Cubs have permitted just four runs and 21 hits during their last five games.

Colorado wasted a solid start by Kyle Freeland (1-4) in its third straight loss. The left-hander pitched seven innings of three-run ball, allowing six hits with five strikeouts and one walk.

The Rockies jumped in front with two in the fifth, taking advantage of an error by Cubs second baseman Javier Baez. With one out and a runner on first, Baez dropped catcher Willson Contreras' throw to first on Freeland's sacrifice.

After Ian Desmond flied out, Charlie Blackmon blooped an RBI single into center and Arenado hit a tiebreaking double. But the Rockies missed out on a chance for more when Chris Iannetta struck out looking with the bases loaded.

The Cubs responded with Albert Almora Jr.'s RBI single in the bottom half, then went ahead to stay in the sixth.

Kris Bryant led off with a triple high off the wall in left for his first hit since he was beaned by Colorado on April 22. Bryant then scampered home when Anthony Rizzo followed with a grounder to second.

Lester was pulled with two outs and runners on first and second, but Farrell got Desmond to bounce into a fielder's choice. Farrell also worked the seventh in the 13th major league game for the son of former Red Sox manager John Farrell.

Addison Russell had an RBI single in the second for Chicago, which has won nine of 11 overall. The Cubs moved a season-high six games over .500 and picked up their 16th win before May 1 for only the fourth time in franchise history.

Rockies: INF DJ LeMahieu was placed on the 10-day disabled list with a right hamstring strain and OF Carlos Gonzalez was activated from the DL. LeMahieu got hurt when he doubled in the third inning of Friday night's 1-0 victory at Miami. "It is getting better, it's just not good enough to be a productive player," LeMahieu said. Gonzalez pinch-hit in the ninth.

Rockies right-hander Jon Gray and Cubs righty Kyle Hendricks square off Tuesday night. Gray (2-4, 5.79 ERA) stopped a personal three-game slide when he struck out 11 while pitching six scoreless innings in a 5-2 victory against San Diego on Wednesday. Hendricks (2-1, 3.10) is 2-0 with a 2.25 ERA in his last two starts, including a win at Colorado on April 20.