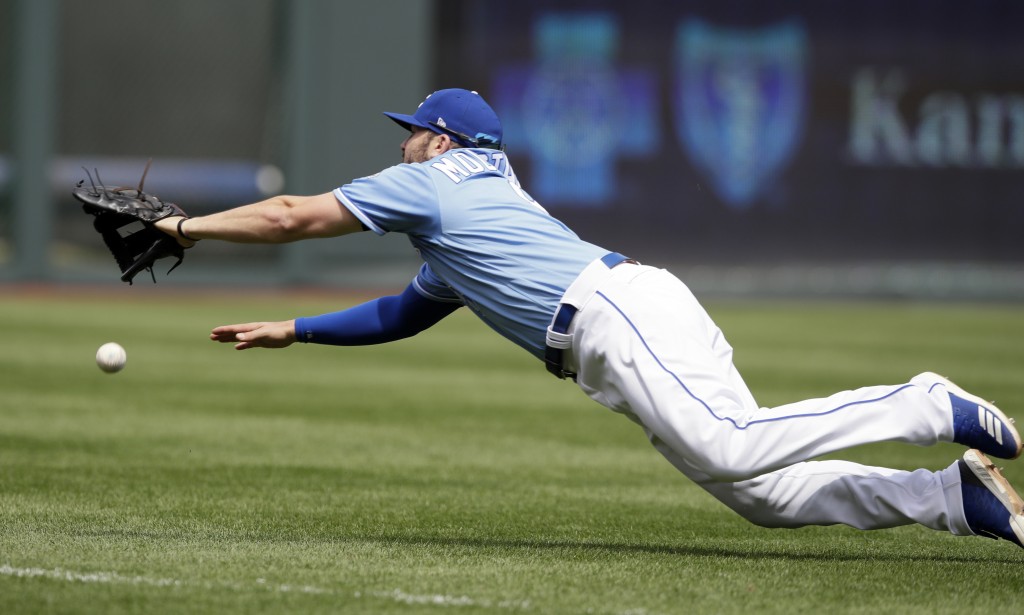 BOSTON (AP) — Royals slugger Mike Moustakas has left Kansas City's game against the Boston Red Sox after getting hit by a pitch in the first inning.

The team says X-rays were negative and Moustakas has a bruised right forearm. He was plunked by Red Sox lefty Eduardo Rodriguez.

Abraham Almonte pinch-hit for Moustakas in the top of the second inning.

Moustakas began the night batting .302 with eight homers and 19 RBIs.