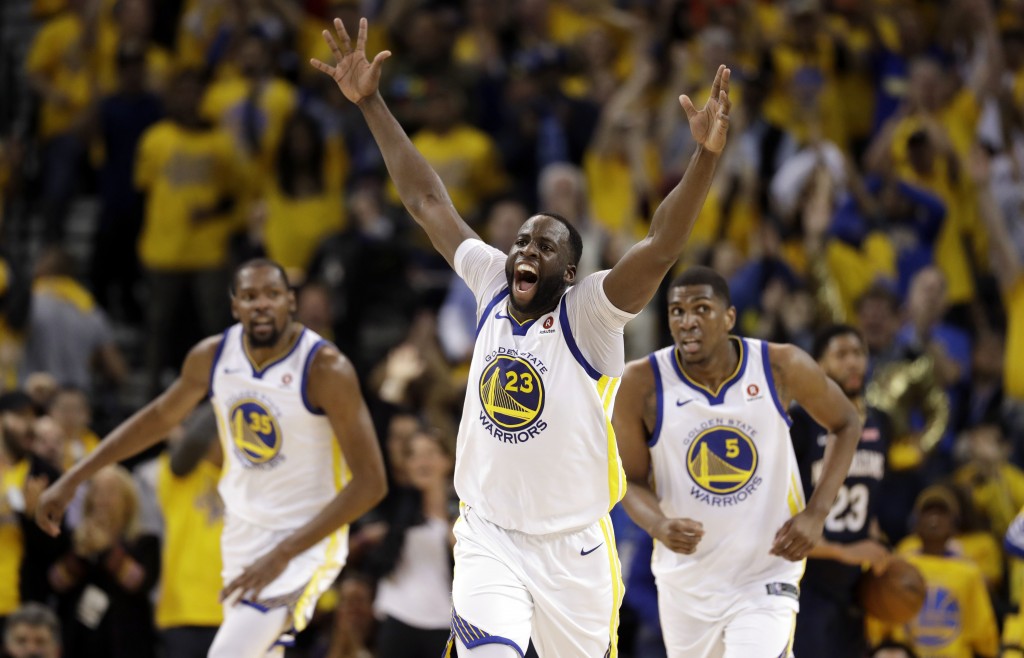 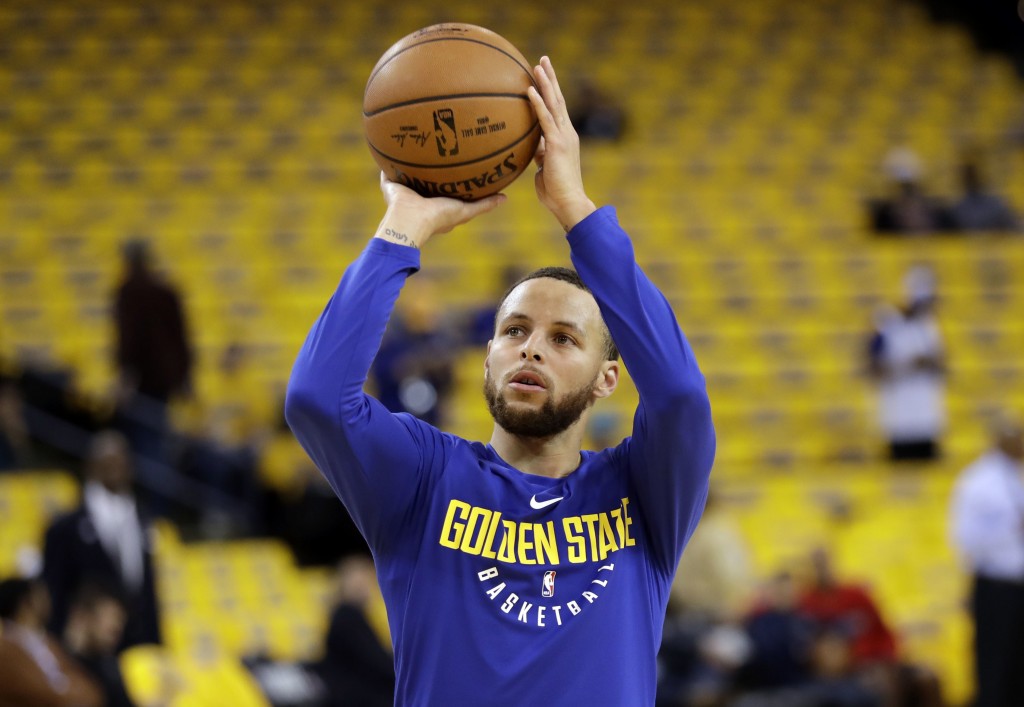 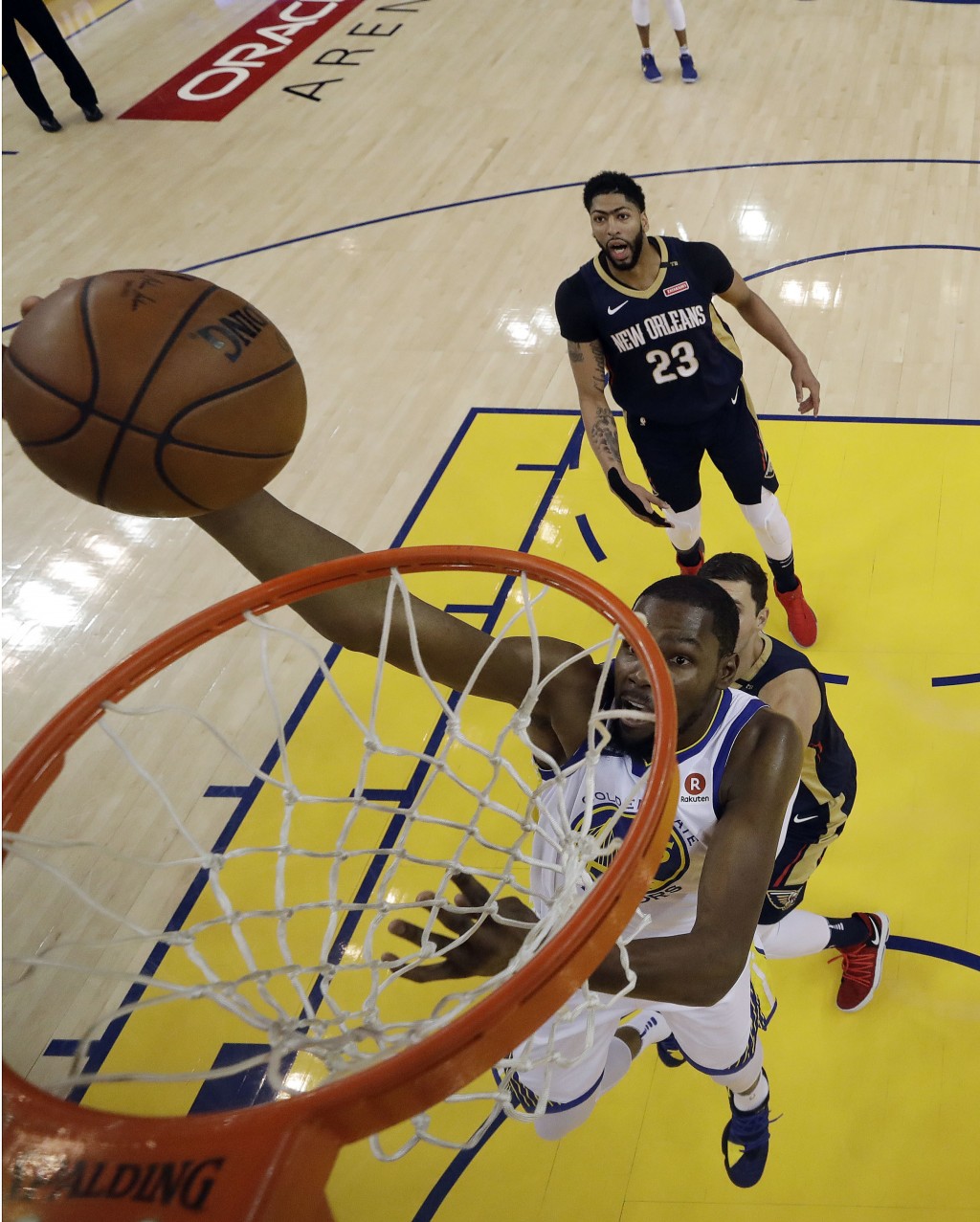 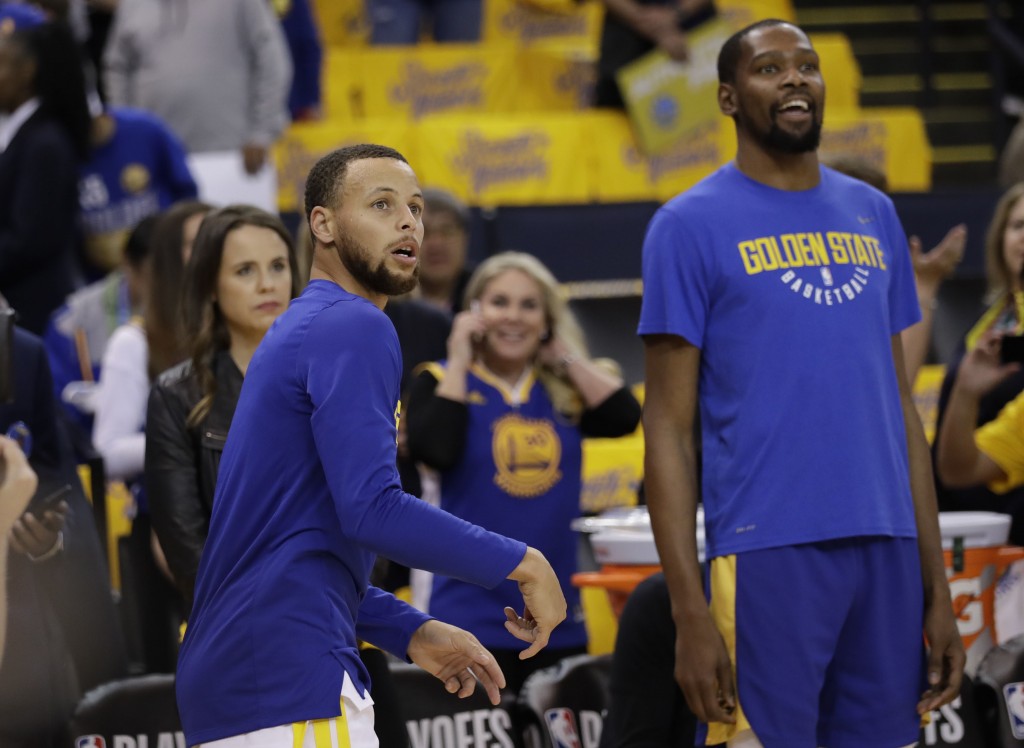 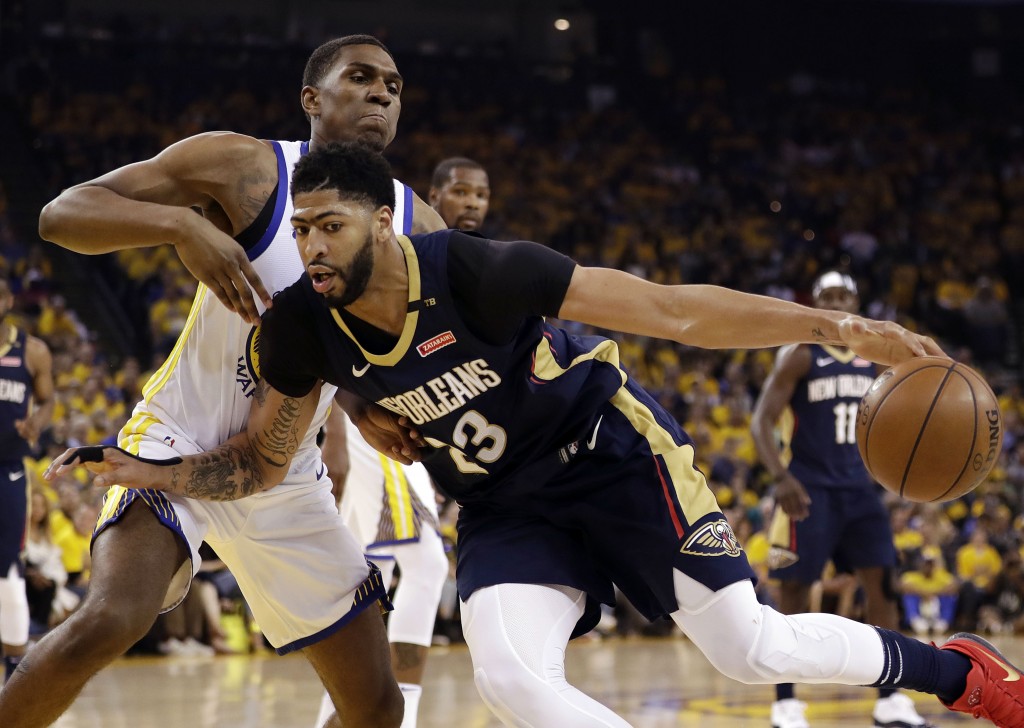 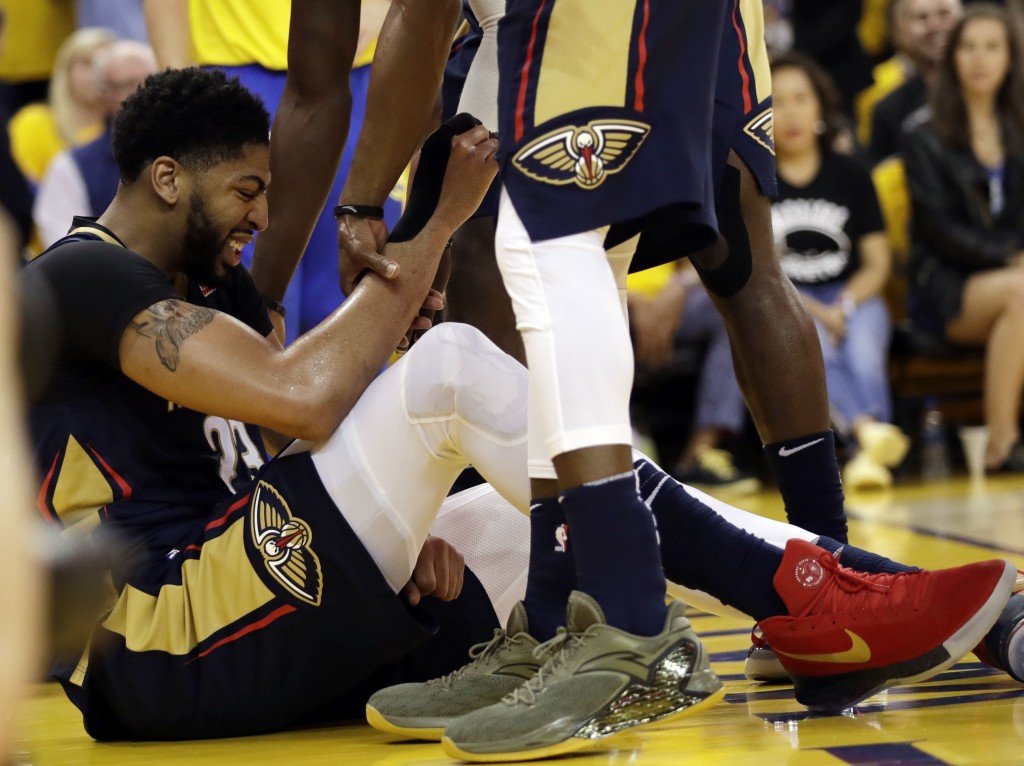 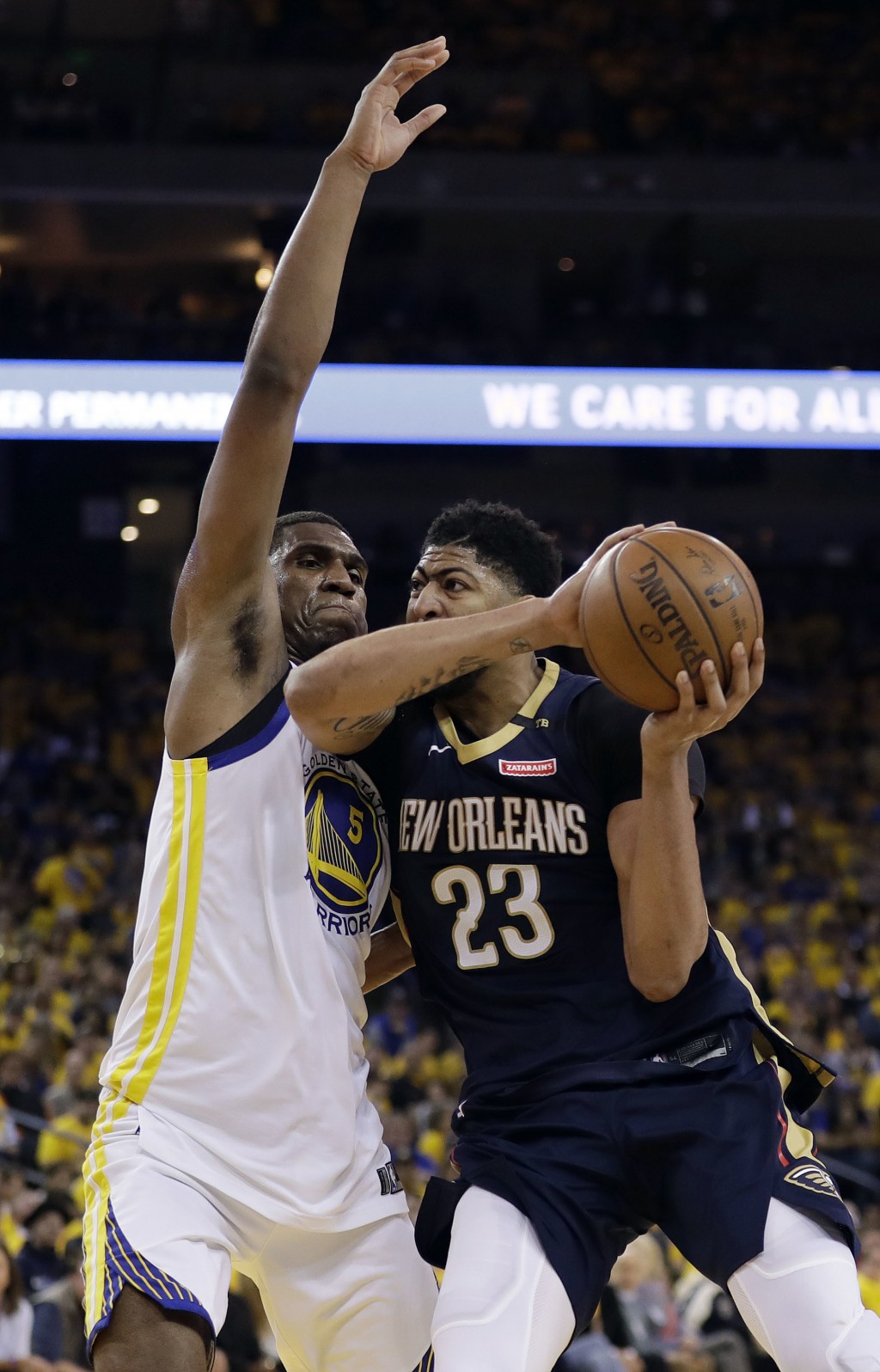 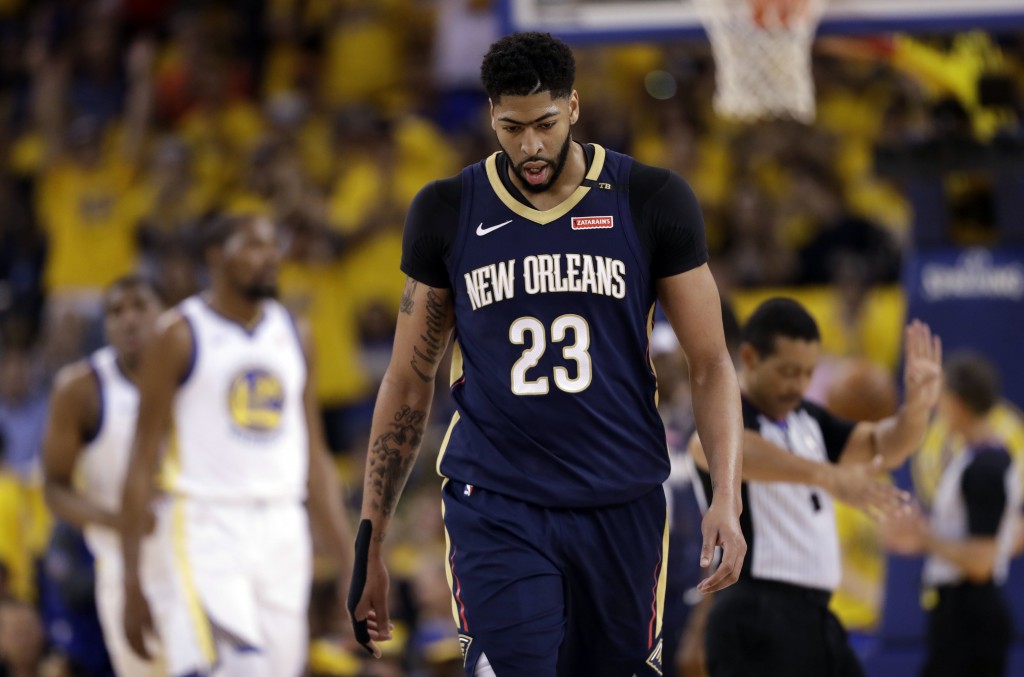 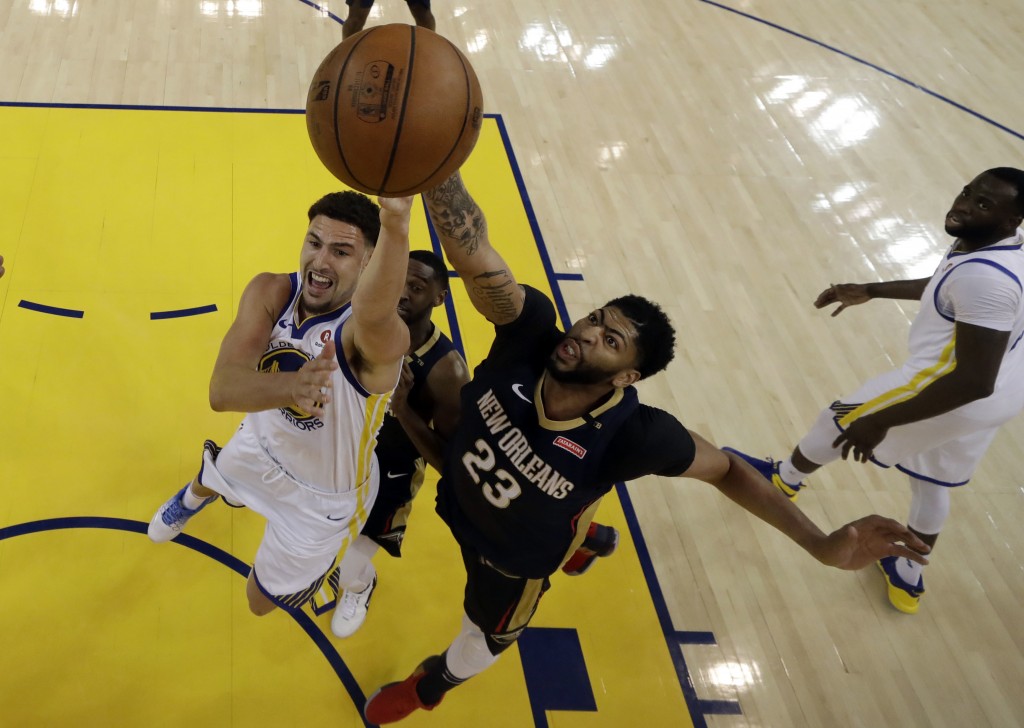 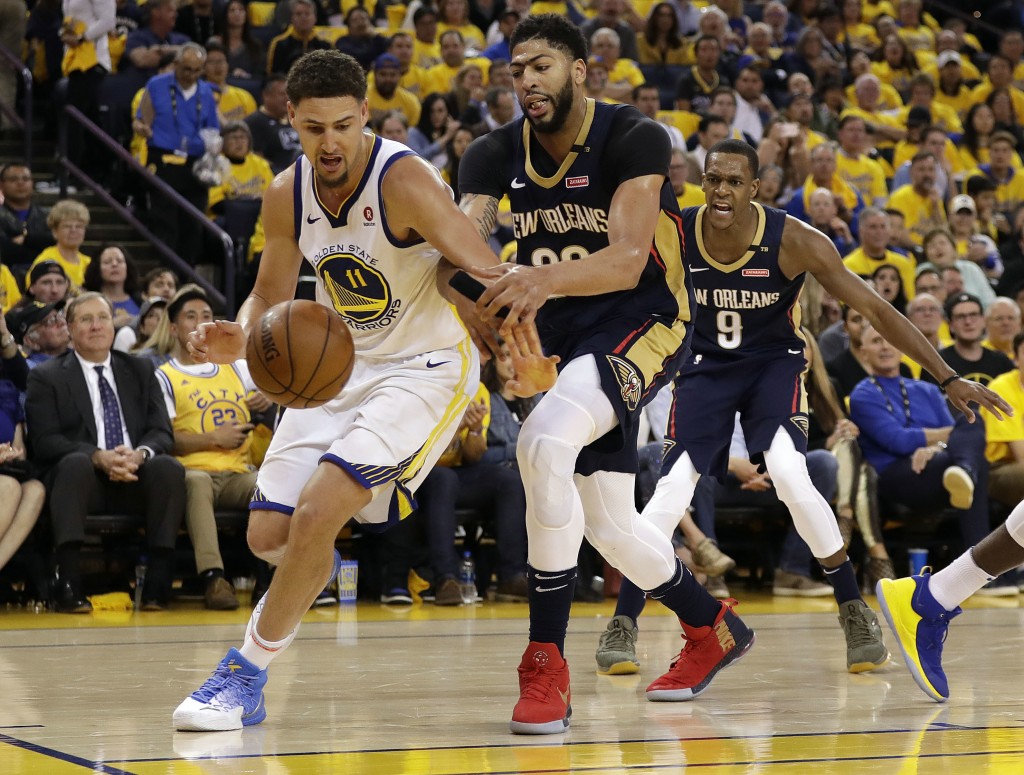 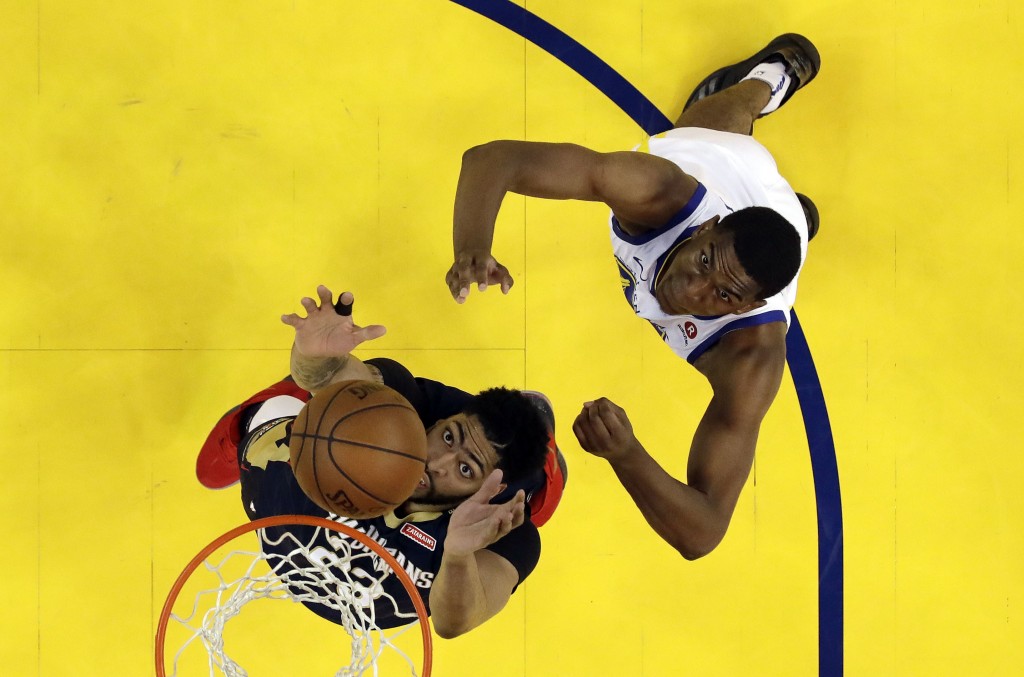 OAKLAND, Calif. (AP) — The last time Golden State got Stephen Curry back from a knee injury in the playoffs, he immediately returned to brilliance.

Curry returned for Game 4 of the Warriors' five-game Western Conference semifinals against Portland two years ago and made 16 of 32 shots with five 3-pointers and scored 17 points in overtime on the way to 40 in a 132-125 victory. He grabbed nine rebounds and dished out eight assists.

If that is any indicator, the New Orleans Pelicans better be ready for a superstar as eager as ever to get back on the court and chase a repeat championship.

The two-time MVP, sidelined since spraining his left knee March 23, is expected to play Tuesday night in Game 2 against New Orleans with what is sure to be a fired-up crowd at Oracle Arena. The Warriors have won a franchise-record 13 straight home playoff games.

In late December against Memphis, Curry came back after being sidelined 11 games with a sprained right ankle to score 38 points with 10 3-pointers.

"I'm not too worried about him. I've seen him come back from injuries many times," coach Steve Kerr said Monday. "... Sometimes it's just one shot that gets him going."

And what a boost Curry's presence could be for the defending champions who are already clicking on both ends.

"He loves the game just as much as anybody I ever been around and I know he wants to play. I've just been thinking about that, just worrying about how he feels not playing," reigning Finals MVP Kevin Durant said. "... Excited for him to get back just to be in a place where he enjoys most, which is playing ball, and the other stuff, we'll figure it out. But I'm more so excited as his brother that he's out there, he gets to play basketball, something that he loves to do."

The Pelicans prepared all week to see Curry back on the court and they know they must bounce back fast to stay in this best-of-seven series after a 123-101 flop in Saturday night's Game 1.

Golden State scored 41 points in the second quarter and 76 in the first half — both new franchise-bests for the postseason. The Warriors shot 13 for 20 in the second, making four 3s and 11 of 14 free throws.

While New Orleans coach Alvin Gentry thought his team's long layoff might have hurt, the players said it was much more.

"We hang our hats on defense," Rajon Rondo said. "What happened in the second quarter is inexcusable. I can't blame it on a week off of rest. It's a lack of communication and not being disciplined. If we can clean that up, I think we'll be fine."

Anthony Davis and Rondo will challenge the Pelicans to play with more intensity on the defensive end. The Warriors thrived when they made things hard on Davis to take shots, got stops and pushed the ball in transition.

The Warriors have taken their defense to another level, led by Durant and Draymond Green — who is coming off a triple-double and has 15, 19 and 18 rebounds in his past three games, respectively.

Golden State also is pushing the pace, a far different game than in the first round against the Spurs.

"We all like to get out in transition," Warriors guard Shaun Livingston said Monday. "We can slow it down and we understand to win games we'll have to execute and maybe win some grind-out games, that's just part of playoff basketball, but everybody loves to run."

Here's something to know about the Cleveland-Toronto series opener, also Tuesday:

LeBron James just won his fifth straight Game 7 and now the Cavs will face the Raptors for the third consecutive postseason.

Toronto eliminated the Wizards in a six-game first round and now the challenge is stopping LeBron and his supporting cast.

The Cavs are 8-2 against Toronto the past two postseasons and went 5-2 in matchups during the regular season the past two years.