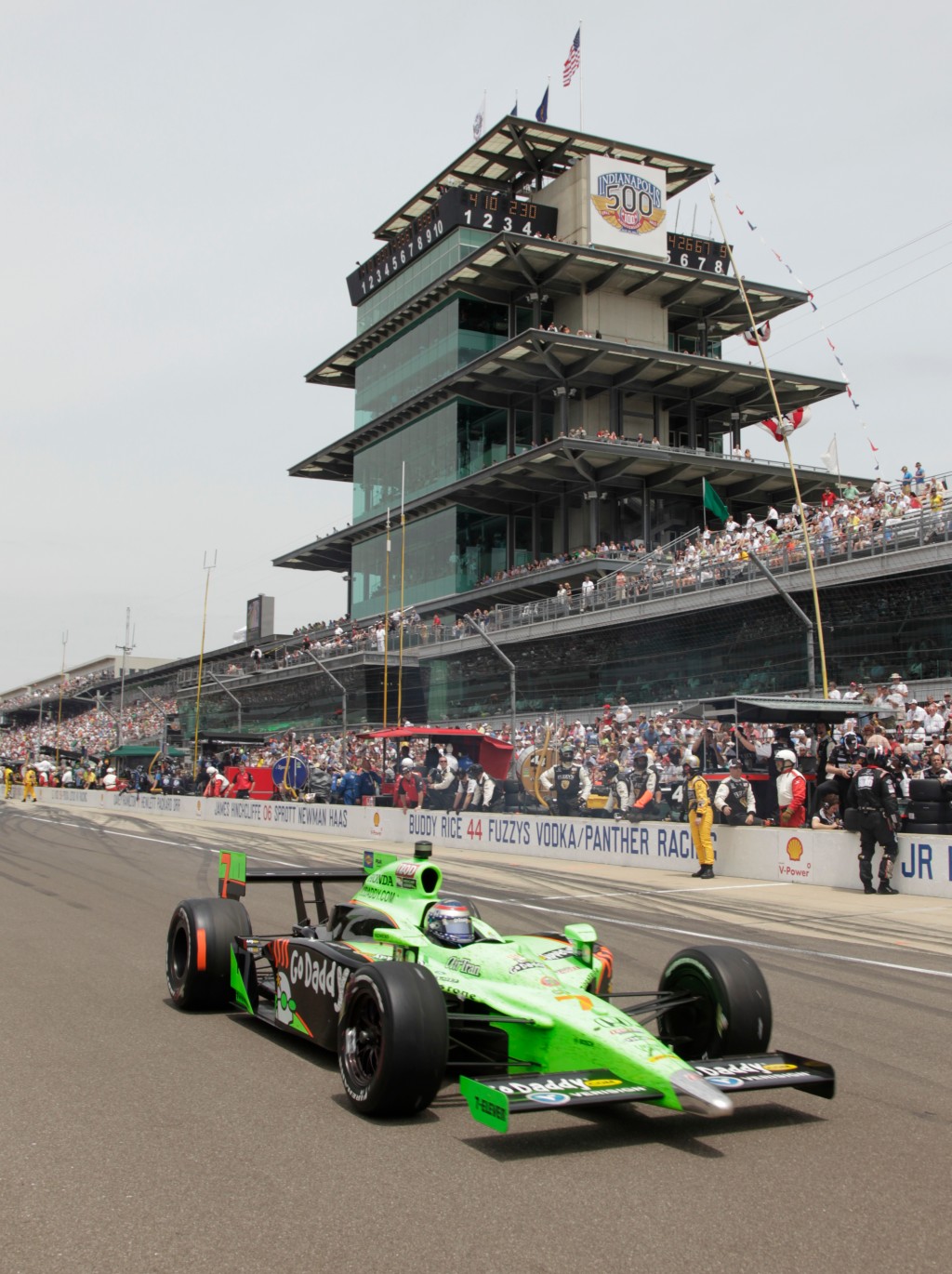 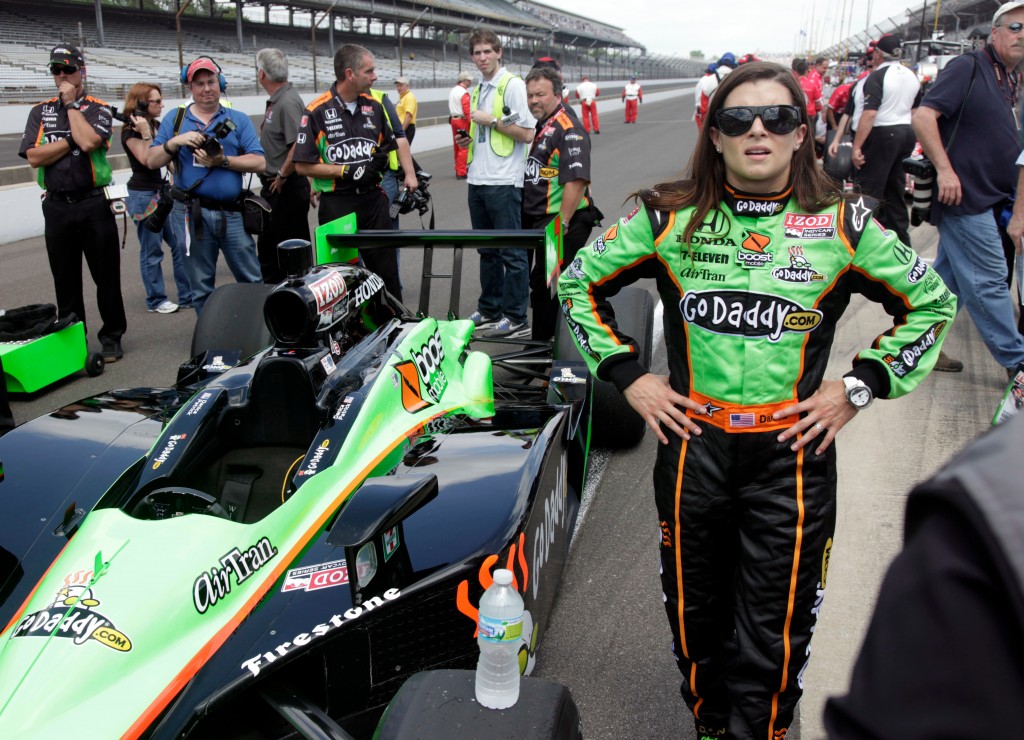 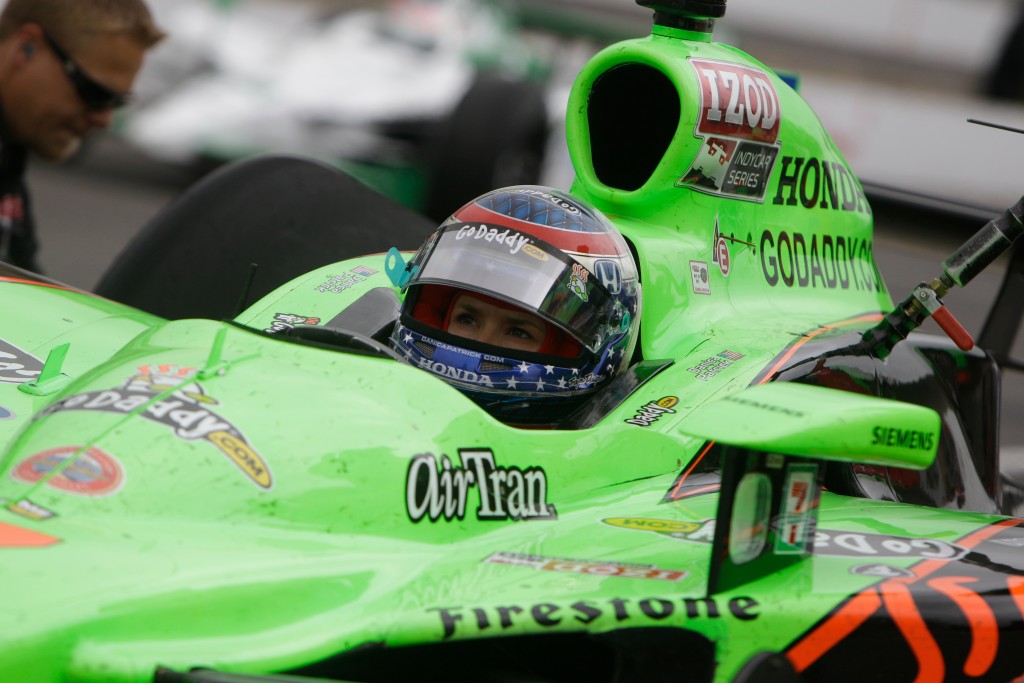 Sebastien Bourdais was back at Indianapolis Motor Speedway on Monday. So was Helio Castroneves, who returned to his home away from home to re-acclimate to an Indy car.

But the show really begins on Tuesday when Danica Patrick's farewell tour returns to her biggest stage. The world's most famous female race car driver returns to IndyCar for the first time since 2011 to prepare for her final drive around Indianapolis Motor Speedway in the in advance of the Indianapolis 500. Her preparations will help kick off IndyCar's beloved "Month of May" — and Patrick is sure to own the headlines.

"I imagine I'll probably pop up into the seat fully kitted up once before I get in, just to make sure everything is good, and go over things like, 'How the hell do I start this thing?'" Patrick said in a telephone interview with The Associated Press.

And by that, Patrick literally meant how she starts the car and begins her final drive.

She's been chasing her dreams since she was a little girl in Illinois, and two decades later, she's ready to call it a career. Her farewell began with NASCAR's season-opening Daytona 500, where Patrick was collected in a crash and finished 35th.

But the "Danica Double" was always about bringing her career full circle and walking away at Indy, the place that made her a household name. Patrick led 19 laps and finished fourth as a rookie in 2005 and she was a career-best third in 2009. She's always thrived on Indy's main stage, and she doesn't anticipate that changing this year.

Patrick, who spent last week at boyfriend Aaron Rodgers' Green Bay, Wisconsin, home "watching the snow melt," was already shifting into race mode and talked confidently about her next hurdle. Yes, it's been more than six years since she's been in an Indy car and it has had two body modifications during her absence.

She's approaching Tuesday much like she did her very first Indy test, in 2004.

"When I first drove an Indy car back in the day at Kentucky when no one was watching, now they are going to be watching," she said. "I've got a feeling that if it's comfortable, it could come back to me really quick. I have to remember the very first time I ever drove an Indy car, having never driven one before, it went fine. So I've got to trust that everything will be fine."

Like it or not, Patrick has earned her spot on the central stage for the final month of her racing career.

With Patrick back at Indy for the May 27 race, everything she does in her GoDaddy-sponsored Chevrolet will be scrutinized. Even Monday, the first day the track opened for testing, had a buzz about Patrick's presence and she wasn't even on the track.

Instead, it was Bourdais back on the big oval for the first time since he broke his hip and pelvis when he wrecked qualifying his car for last year's 500. The injury was supposed to sideline him all year, but he was back in the IndyCar Series before the end of 2017 and already has a win and a pole on his resume this season.

Castroneves, the three-time Indy 500 winner, also got his first laps around Indy in the 2018 configuration of the car. Because he was moved by Roger Penske to the sports car series this year, the Brazilian will only run this month at Indy and try to grab a record-tying fourth victory. Tony Kanaan, in an A.J. Foyt Racing car, was fastest on the day at 226.181 mph, and Marco Andretti wasn't too shabby at third on the speed chart.

IndyCar closed the afternoon with a brief test session of a windscreen it is developing to protect drivers' heads in the open cockpit cars. Defending series champion Josef Newgarden spent about 45 minutes behind the windscreen at the end of the day and seemed to struggle a bit with glare bouncing off the screen and vision.

Next comes Patrick's return on Tuesday, which was originally scheduled for late March but was postponed because of a cold and rainy weather. She's used to attention, she thrives under pressure, and she's ready for the cameras when she gets back into the car.

There are 35 entries for this year's race, which means two drivers won't qualify for the 500. Patrick will be in a Chevrolet fielded by Ed Carpenter Racing, a team that is traditionally strong at Indy, and hasn't thought at all about potentially missing her retirement race.

"Why would I?" she said. "I'm thinking about going to win the race."