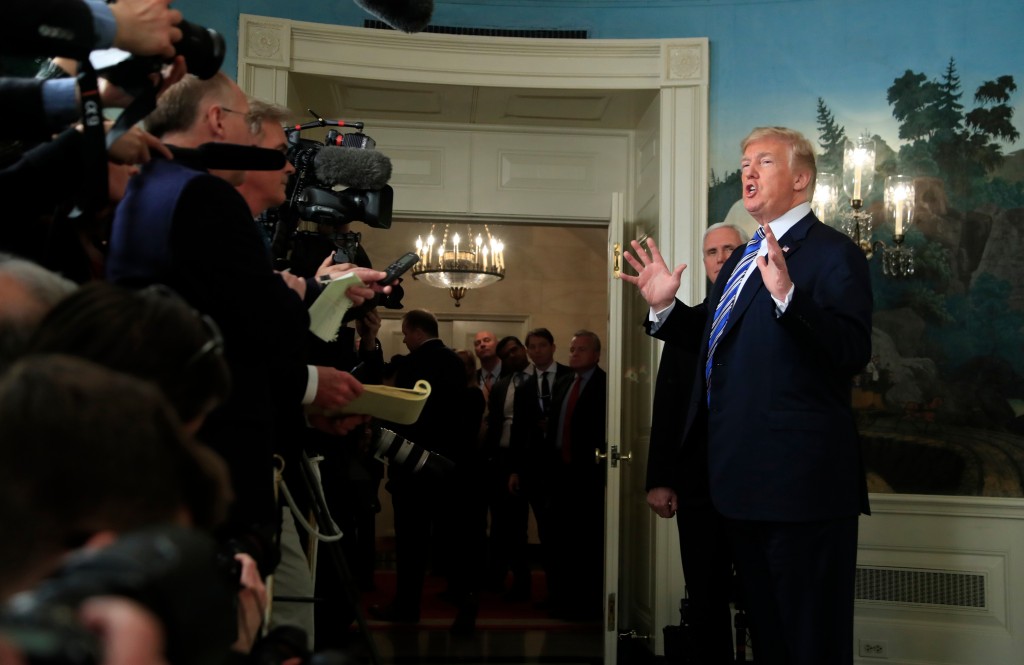 WASHINGTON (AP) — President Donald Trump and Vice President Mike Pence will both speak at the National Rifle Association convention in Dallas on Friday.

A White House official said Monday that Trump will attend the group's annual meeting. Trump has been a strong supporter of the NRA and enjoyed their backing in his 2016 campaign. Pence had already been scheduled to address the group.

After a deadly shooting in February at a high school in Parkland, Florida, Trump suggested he was open to new gun control measures. He held a meeting with senators, declaring that he would stand up to the gun lobby and calling for a "comprehensive" bill.

But Trump later backpedaled from those sweeping statements, offering a more limited plan. After he advocated increasing the minimum age to purchase an assault weapon to 21, Trump tweeted there was "not much political support" for the idea.