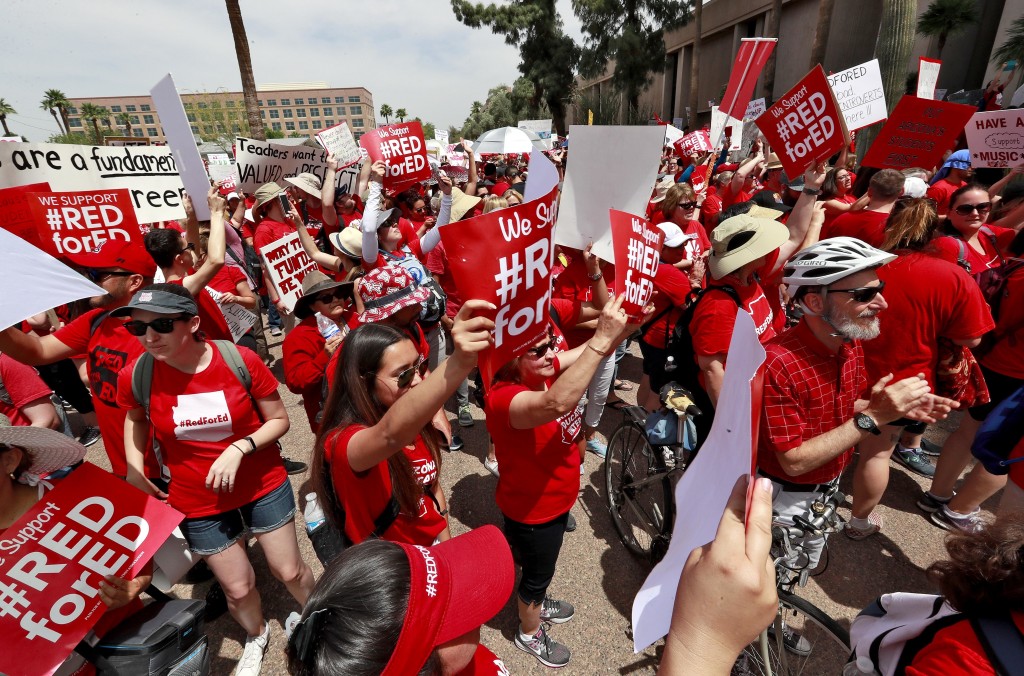 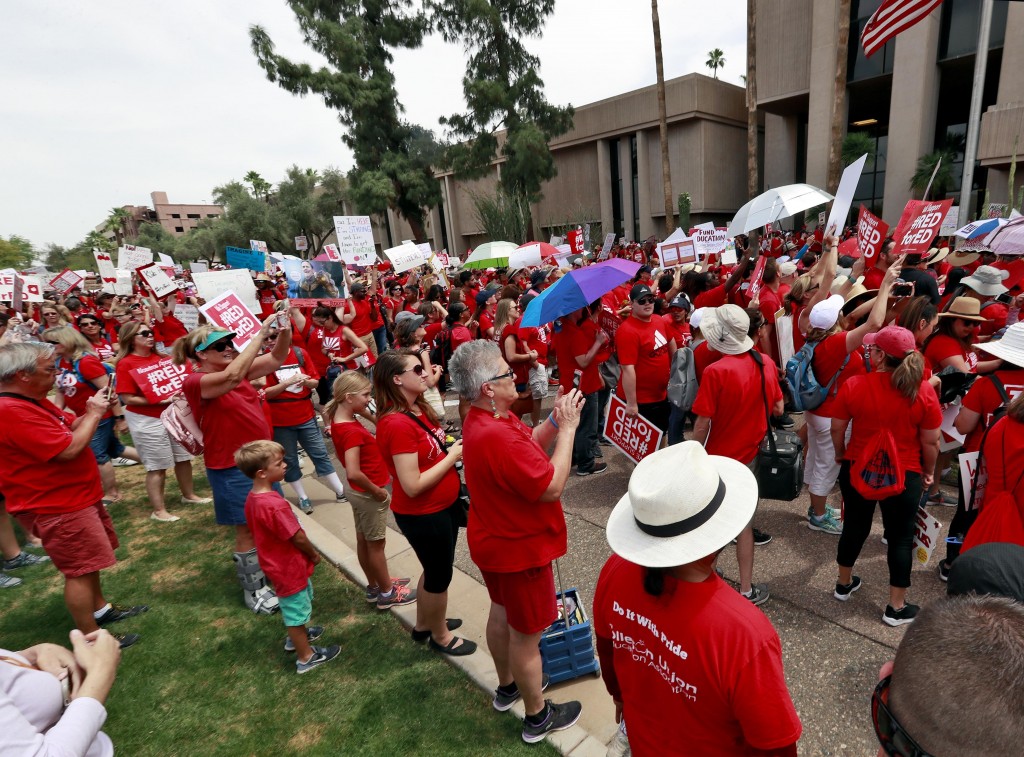 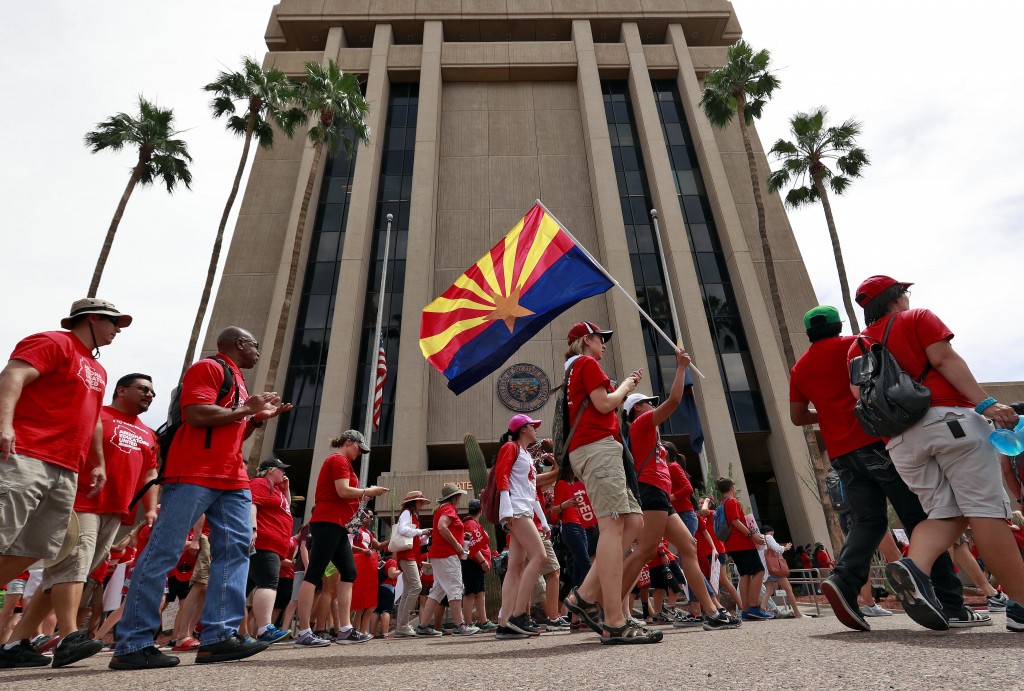 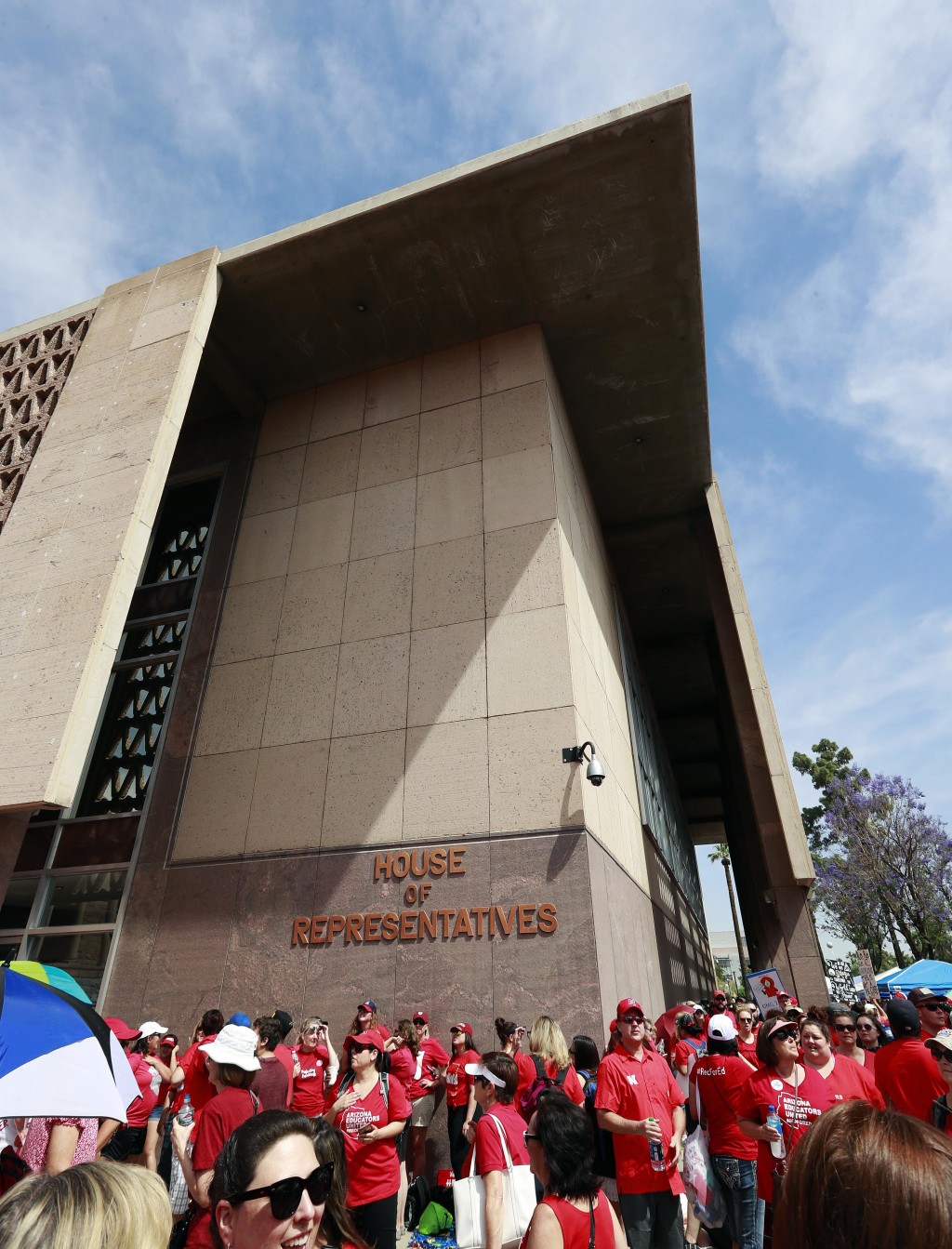 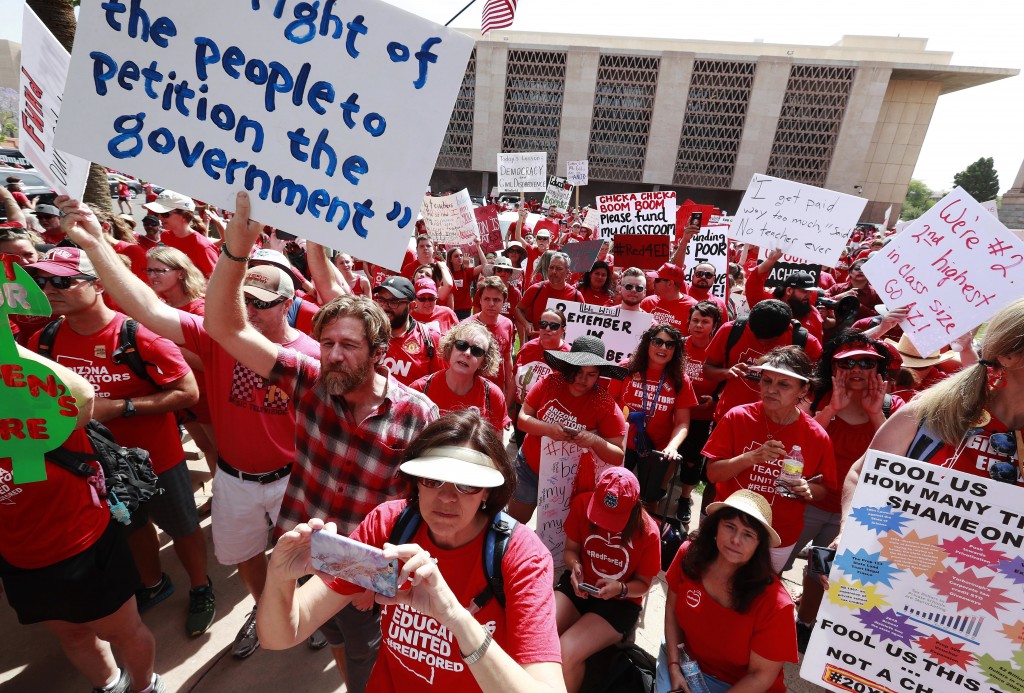 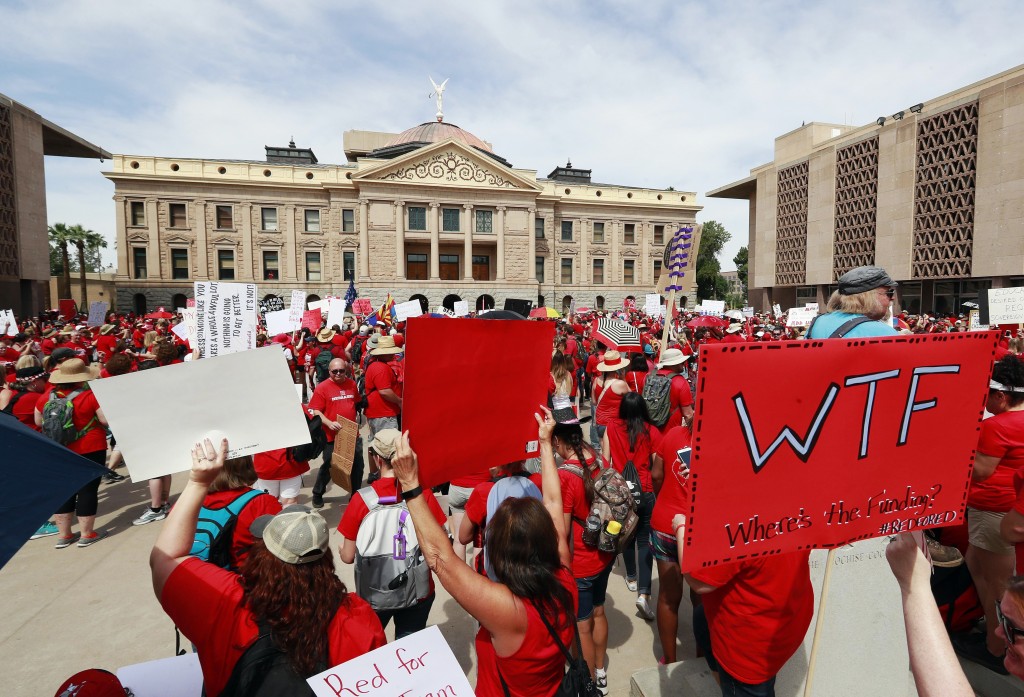 PHOENIX (AP) — Thousands of Arizona teachers gathered for the third day at the Capitol on Monday to protest low pay and school funding as many schools around the state remained closed, while the Legislature prepared to introduce a budget package that gives them raises but falls short of other demands.

The budget package negotiated between Republicans who control the Legislature and GOP Gov. Doug Ducey provides the first 10 percent of what will be a 20 percent increase by 2020. The governor is counting a 1 percent raise awarded to teachers this year as part of that raise, meaning it will be 19 percent by 2020.

It also restores $100 million out of the nearly $400 million in recession-era cuts to a fund that helps schools pay for books, school buses and other capital expenses.

But several teachers interviewed Monday said that doesn't go far enough after years of low funding that not only left them among the lowest paid in the nation but also has many schools operating with broken equipment and outdated books.

"Not only is there an issue with teacher salaries, but our buildings," said Jessica Hauer, a former classroom teacher at a Phoenix-area school district that now works in administration. "I don't think $100 million is enough. From the numbers I'm seeing we've been in such a decline for such a long period of time, 10 years, that's it's not going to be enough money. And I'm not sure his plan is sustainable."

"The fire alarm system now at (one) school goes off so often the students are starting to ignore it," Hauer said.

Some educators are concerned that the governor's pay raise only goes to teachers with set classes and not support staff like counselors or bus drivers or people like reading specialist Jodi Walker, who teaches at the Apache junction Unified School district.

"I get paid just as much as a teacher does and I don't think it's right. I'm worried about our classified staff not getting a fair increase," Walker said. "And we have to attract teachers. We have to bring teachers to Arizona not lose them to other states.

The question for Ducey and republican lawmakers who control the Legislature is how long teachers will remain off the job after walking out last Thursday. Organizers have said they are making those decisions day by day and plan to continue to keep the heat on the Legislature.

Arizona Education Association president Joe Thomas said he believes teachers will be rallying at the Capitol on Tuesday.

Monday's rally drew thousands of teachers and the leader of the national teachers union, the American Federation of Teachers. Despite the presence of the state and national unions, the Arizona walkout is mainly led by a grassroots group of teachers that banded together after strikes in Kentucky and other states earlier this year.

In addition to 20 percent raises, teachers want competitive pay for all support staff, yearly pay boosts, a restoration of funding to 2008 levels and no new tax cuts until Arizona per-public spending reaches the national average.

"I know those are demands by some people and some who have organized, but not necessarily everybody," Mesnard said. "At least not based on the conversations I've had with numerous teachers. They seem mostly focused on teacher pay.

Mesnard said he expects that budget legislation will be passed by the end of the week and that the Legislature could adjourn by the weekend.