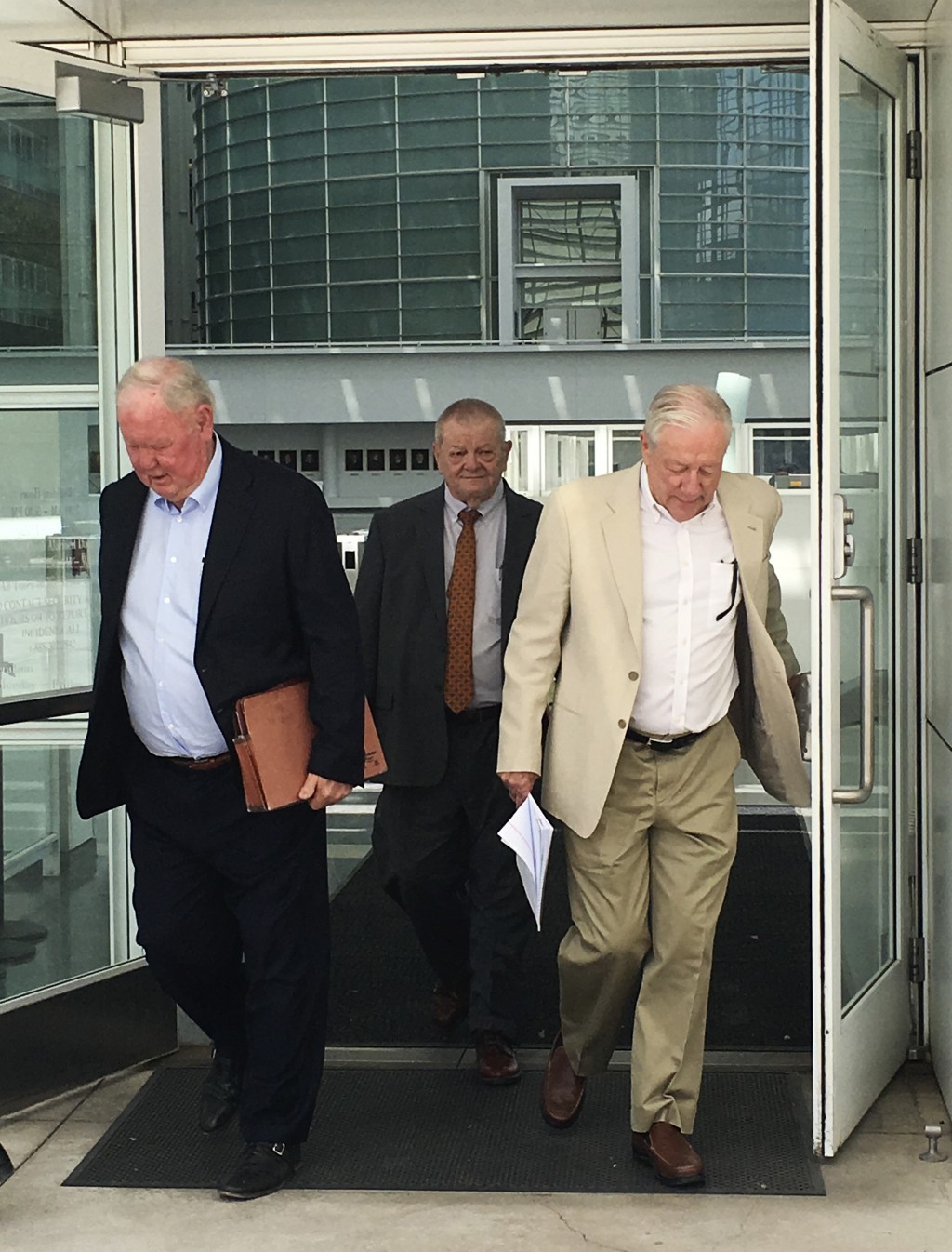 "Nonsense!" Lacey said before his attorney added that his client had no further comment.

Lacey, and co-founder James Larkin are scheduled to stand trial Jan. 15, 2020i, on federal charges in Arizona that they knowingly ran prostitution ads and laundered money earned from the classified advertising site. Five site employees will also stand trial. Attorneys were given enough time to review an estimated 7 million to 9 million pages of documents about the case.

An indictment alleges Backpage.com ignored warnings to stop running advertisements promoting prostitution, sometimes involving children, because the site has brought in $500 million on prostitution-related revenues since its inception in 2004.

Authorities say Backpage.com portrays itself as trying to prevent such ads, but investigators have determined the site's operators have declined to confront the problem. Employees are accused of helping customers edit their ads to say within legal limits while still encouraging commercial sex.

The indictment alleges Backpage.com started to launder money earned from ad sales a few years ago after banks raised concerns that they were being used for illegal purposes.

The site founders and five employees charged in the federal case in Arizona have pleaded not guilty to charges.

Another employee of the site, CEO Carl Ferrer, has pleaded guilty to a separate federal conspiracy case in Arizona and state money laundering charges in California.

In addition, the company pleaded guilty to human trafficking in Texas and in a federal money laundering conspiracy case in Arizona. Ferrer has agreed to testify against others.