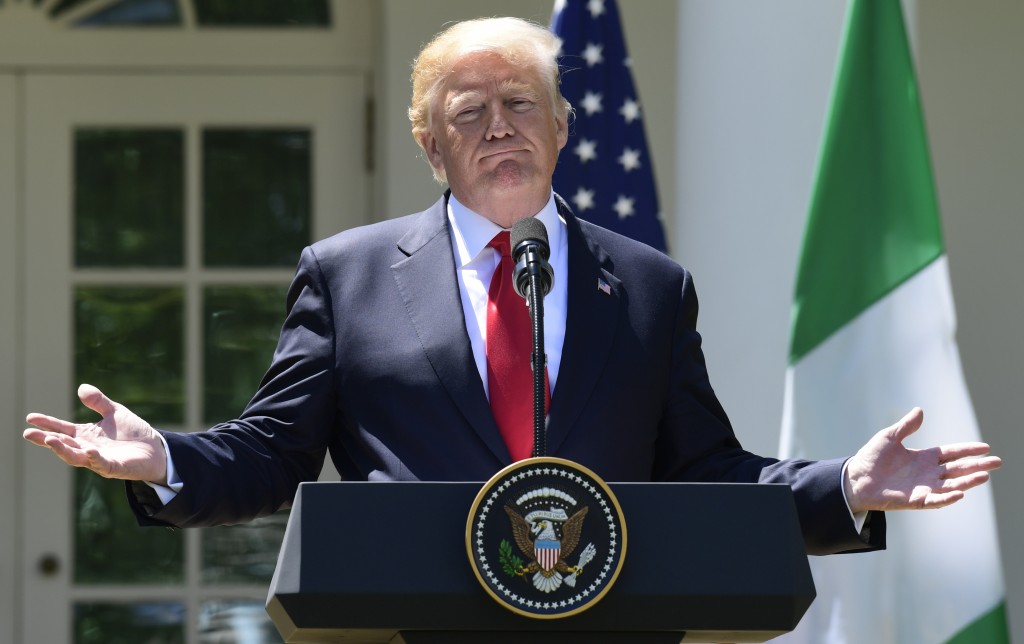 WASHINGTON (AP) — The Latest on (all times local):

President Donald Trump says he may favor the heavily fortified border between North and South Korea for his proposed summit with the North's dictator Kim Jong Un.

Trump said Monday that "there's something that I like" about meeting at the border known as the Demilitarized Zone "because you're there."

The president also said that if the talks were successful, the "celebration" at the border would be memorable.

United States and North Korean officials are still negotiating the timing and location of the possible summit.

Trump said a number of other countries were also being considered, including Singapore.

Kim met with this South Korean counterpart, President Moon Jae-in, at the DMZ for talks last week. Trump tried to visit the DMZ while in Asia in November but was thwarted by fog.

President Donald Trump is questioning whether a potential meeting with North Korean leader Kim Jong Un could be held in the Demilitarized Zone that divides the Koreas.

Trump says on Twitter Monday: "Numerous countries are being considered for the MEETING, but would Peace House/Freedom House, on the Border of North & South Korea, be a more Representative, Important and Lasting site than a third party country? Just asking!"

Trump said over the weekend that the time and location of the meeting with Kim are being set. It is tentatively scheduled for May or early June.

Kim and South Korea President Moon Jae-in have pledged to seek a formal end to the Korean War by year's end and to rid the Korean Peninsula of nuclear weapons.