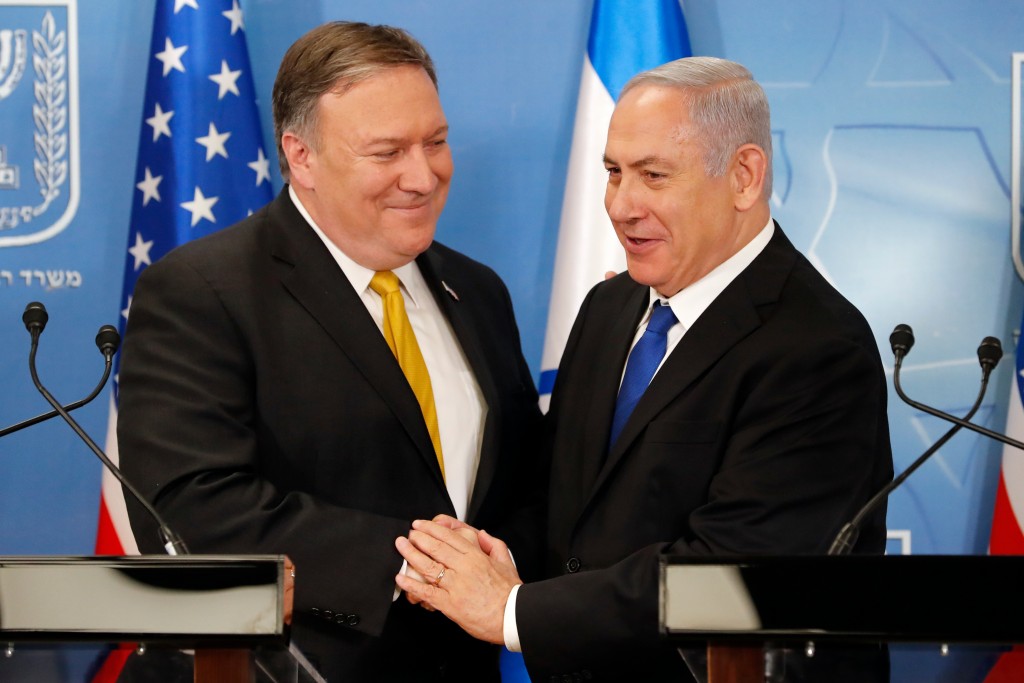 JERUSALEM (AP) — The Latest on Israel's claim that it has documents proving Iran had a nuclear weapons program in the past (all times local):

Israel's prime minister says his government has obtained "half a ton" of secret Iranian documents proving the Tehran government once had a nuclear weapons program.

Calling it a "great intelligence achievement," Netanyahu said Monday that the documents show that Iran lied about its nuclear ambitions before signing a 2015 deal with world powers.

Speaking in English, perhaps with an international audience in mind, he says the material is filled with incriminating evidence showing the Iranian program, called "Project Amad," was to develop a weapon.

President Donald Trump is to decide by May 12 whether to pull out of the international deal with Iran. Netanyahu has led calls for Trump to withdraw.