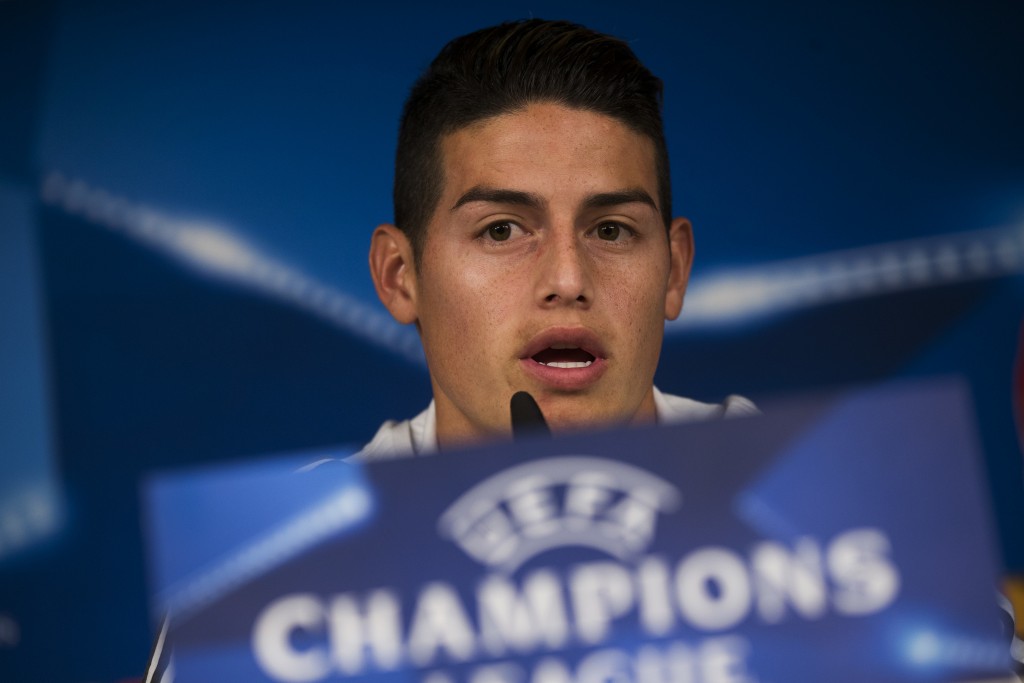 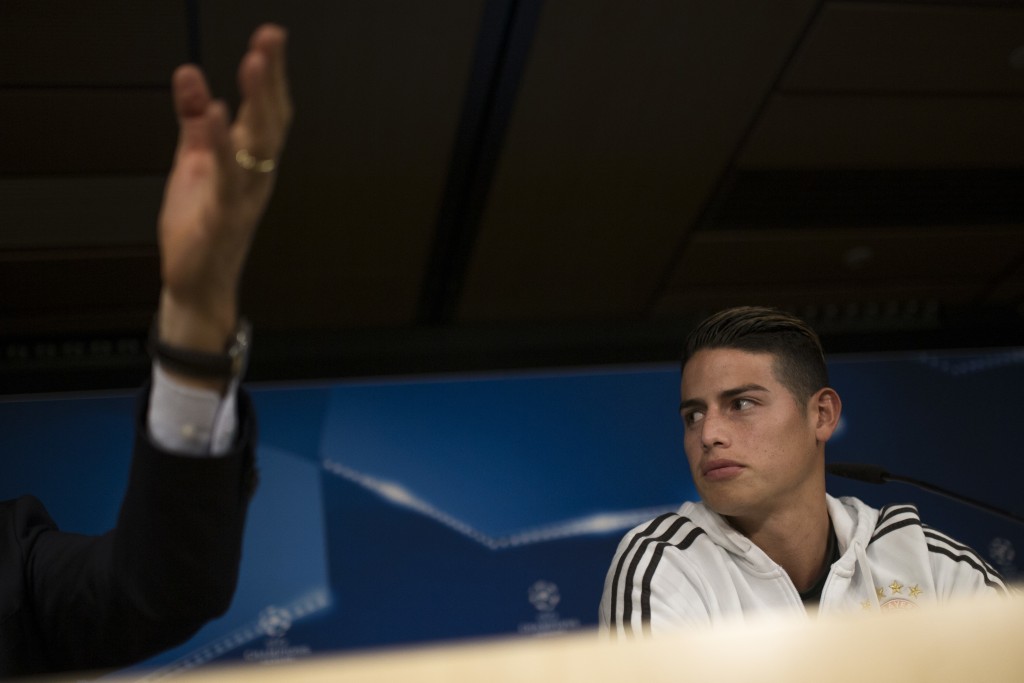 Rodriguez helped Madrid win two Champions Leagues, two Club World Cups and a Spanish league before he left on loan last year because of declining playing time under coach Zinedine Zidane. Rodriguez says his prime focus on Tuesday is to help Bayern overcome the 2-1 first-leg loss and advance to the final.

The Colombian playmaker said on Monday he expects a warm welcome from the locals at Santiago Bernabeu Stadium, and will not celebrate if he scores out of respect for the Madrid fans.

"It's beautiful to be able to return to a place that was my home for three years," Rodriguez said. "They treated me very well here. It's a place I always wanted to be. I spent three unique years here and I won many titles. I only have respect for the people here. I was happy here."

Rodriguez left because he wanted to play more often.

Zidane constantly praised Rodriguez when he was with Madrid but gave him few chances as a starter or reserve.

"I have absolutely nothing against (Zidane) or the club," Rodriguez said. "I don't have any feelings of anger toward him. I'm not going to try to win the match only because I'll be playing against him. I just want to play well and help Bayern advance to the final. I want to play a good match, that's it."

The 26-year-old Rodriguez said nobody was at fault for his departure from Madrid.

"When I had the chance to play I did good things, scored goals, and helped my teammates," he said. "When I got to play I played at a very good level."

Madrid paid Monaco a reported 80 million euros (now about $100 million) for the then 22-year-old Rodriguez after he attracted the world's attention at the 2014 World Cup in Brazil.

Bayern has an option to buy Rodriguez for 42 million euros ($51 million) after his two-year loan expires.

"I don't have to show anything to anybody," Rodriguez said. "For now I'm with Bayern and I'm happy. I don't know anything about the future."