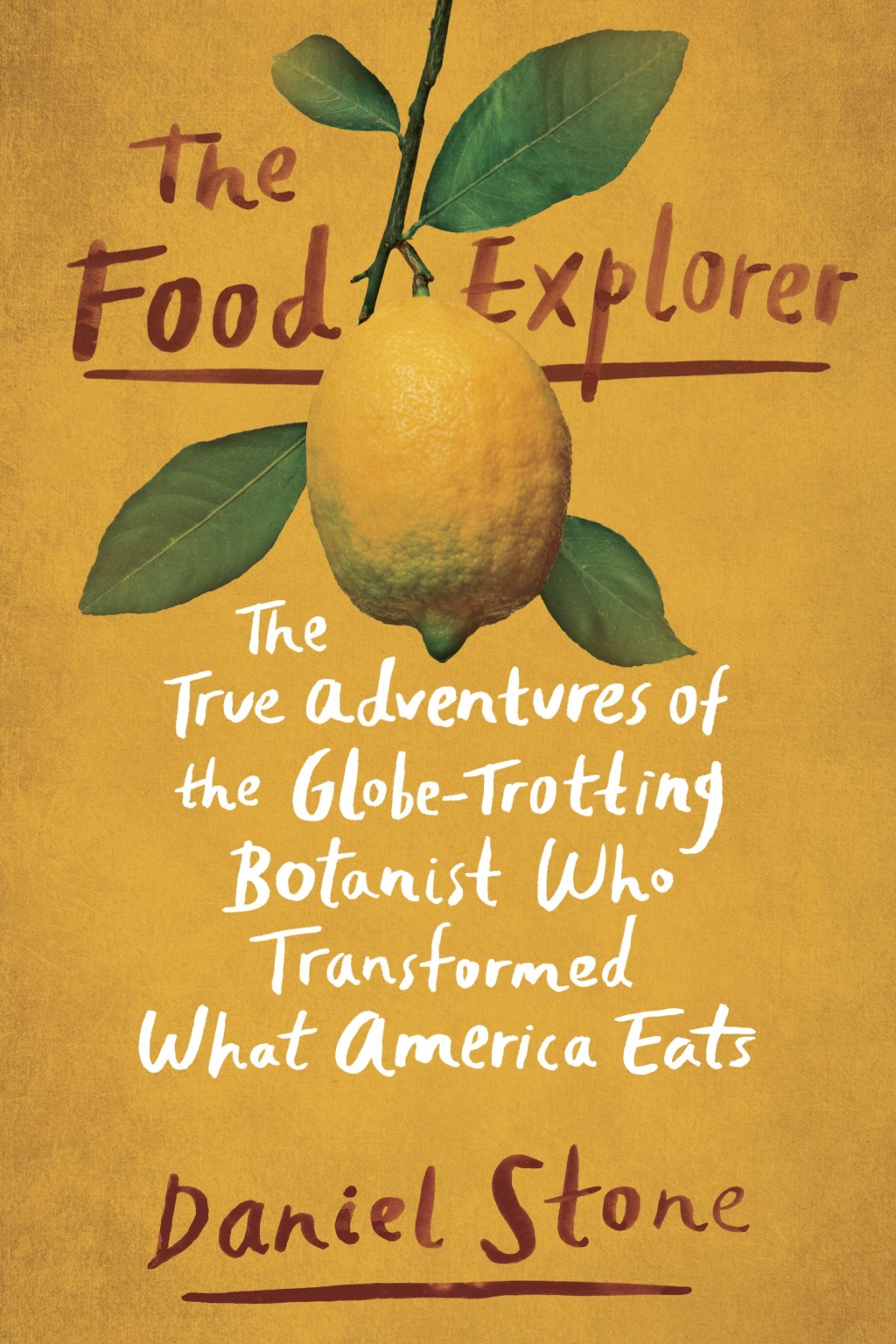 "The Food Explorer: The True Adventures of the Globe-Trotting Botanist Who Transformed What America Eats" (Dutton), by Daniel Stone.

Who knew avocados, citrus and cherry blossoms had a spellbinding past full of smuggling, spying, tycoons and death-defying adventure?

"The Food Explorer" by Daniel Stone brings a forgotten era of American food history back to the table, with a timely twist. It turns out some of America's first immigration battles were over plants, not people.

In the late 1800s, quantity, not variety, was the issue at most American tables. Different regions had specialities, but many farmers struggled to produce bountiful crops of grains, fruits and vegetables, partly because of limited native varieties.

A Midwest farm boy named David Fairchild dreamed of bountiful fields and tables, and he ultimately visited more than 50 countries to bring tens of thousands of new plant varieties to America.

Stone brings drama, humor and perspective to what began as a tentative U.S. Department of Agriculture program. Fairchild made a semi-official 1894 trip to Corsica, and suspicious local officials arrested and expelled him — but not before he slyly pocketed local citron seeds and shoots.

A wealthy playboy stepped in to fund Fairchild's travels, and soon exotic fruits, grains and vegetables were streaming back to Washington — and to farmers who welcomed the new diversity. Fairchild eventually became director of the USDA's "Office of Foreign Seed and Plant Introduction."

Bureaucrats and politicians linked crop diversity with national prosperity, and some varieties were quickly embraced, while others languished for decades.

Fairchild eventually oversaw five globe-trotting USDA seed hunters, including Frank Meyer, heralded by newspapers as "the Agriculture Department's Christopher Columbus." The Meyer lemon, collected in China, was named after him.

Manchurian spinach, soybeans, wild pears, millet and the first asparagus to enter the country came in through the program.

The agricultural bounties led to personal and professional fame. Fairchild married one of Alexander Graham Bell's daughters and spoke at the National Geographic Society. But a backlash was coming. The exotic new plants sometimes carried devastating insects and diseases. The blight that destroyed millions of American chestnut trees was accidentally introduced from Asia, and soon Fairchild had a botanical enemy: Charles Marlatt, a USDA rival who believed "the greatest danger is often from something you do not know about."

Japan's first gift of beloved cherry trees to Washington, D.C., nearly turned into a diplomatic disaster when Marlatt found infestation in the roots — and had the entire shipment burned. But the Japanese were mortified at having sent faulty trees, and a new delivery flourished.

In 1910, Marlatt told Congress that America needed a "Chinese Wall" to keep out plant enemies, and the Plant Quarantine Act soon became law. One of Meyer's huge shipments was seized in San Francisco and burned, and his job description changed: "to find useful plants ... and to investigate plant diseases."

The warnings about imported plants that greet travelers at airports today are a legacy of that century-old bureaucratic fight.

After World War I, America began to close its doors to immigrant plants. Faced with dwindling budgets, Fairchild left the USDA but continued to do his own botanical expeditions. He settled in Florida with his wife, surrounded by the exotic plants he loved.