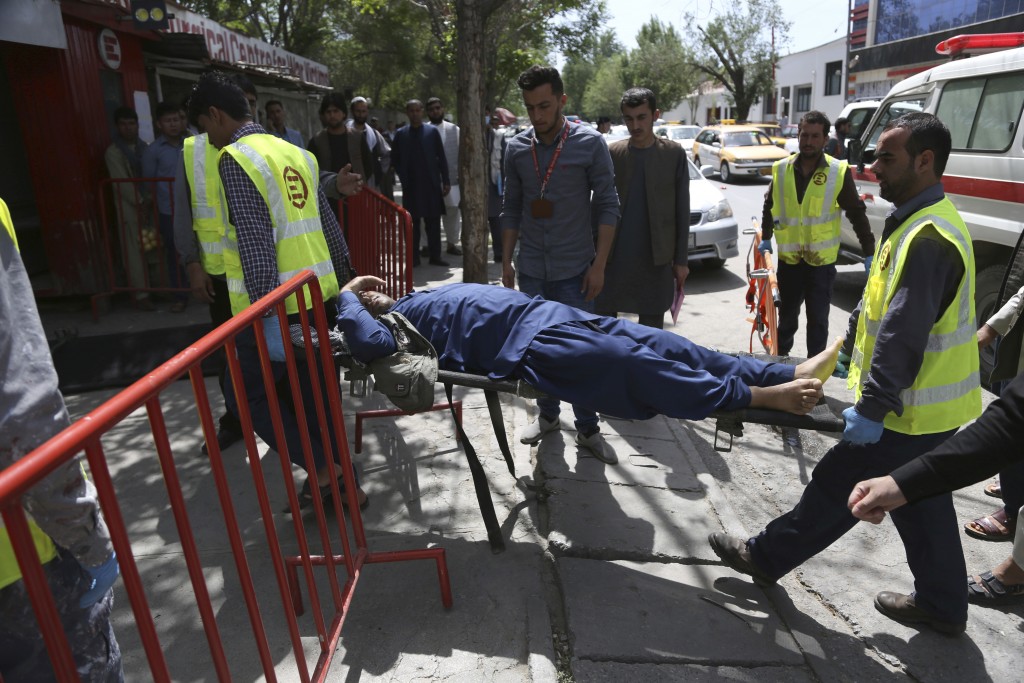 The Islamic State affiliate that claimed Monday's twin bombings in Afghanistan has grown increasingly lethal in recent years even as the main group's self-styled caliphate in Iraq and Syria has been dismantled.

The Afghanistan affiliate refers to itself as the Khorasan Province, an archaic name for a central Asian region that includes modern-day Afghanistan. It claimed the twin bombings in Kabul, which killed 25 people, including nine reporters, saying the attack targeted Afghanistan's intelligence headquarters.

Like the more-well-established Taliban, the IS affiliate is committed to overthrowing the U.S.-backed government and imposing a harsh form of Islamic rule. But while the Taliban mainly target government officials and security forces, the IS affiliate tends to favor massive attacks on civilians from Afghanistan's Shiite Hazara minority, who it views as apostates.

The group first emerged in 2014, as the U.S. and NATO were wrapping up their combat mission in the country, and has steadily expanded its footprint since then.

WHERE DID IT COME FROM?

The group was initially largely made up of Pakistani Taliban who had been driven across the border by a Pakistani military offensive. It also included disgruntled Afghan Taliban fighters opposed to their leadership's attempts to rein in violence and pursue peace efforts.

The IS affiliate was initially confined to Afghanistan's eastern Nangarhar province, along the border with Pakistan, but has recently gained ground in the north. Its ranks have swelled with Uzbek fighters from the Islamic Movement of Uzbekistan, many of whom were driven out of Pakistan's South Waziristan tribal region.

The exact size of the IS affiliate is unknown, but estimates generally run between 3,000 and 5,000 fighters.

WHAT DO THEY WANT?

The IS militants in Afghanistan are loyal to Abu Bakr al-Baghdadi, the leader of the group in Syria and Iraq, and share his goal of a worldwide Muslim caliphate.

They also share his hatred of Shiites, who make up roughly 15 percent of Afghanistan's 35 million people. The Sunni Muslim extremists of IS view Shiites as apostates deserving of death, and have no compunctions about killing Shiite men, women and children in large-scale bombings.

Shiites have stepped up security around their places of worship in recent years, but Afghanistan's security forces seem confounded on how to prevent the relentless attacks.

DO THEY ENJOY POPULAR SUPPORT?

Afghanistan is a conservative, Sunni-majority country, but there is little support for the group's extreme agenda.

While the Taliban have carried out numerous deadly attacks, they have also provided governance in the areas under their control, and some Afghans may prefer them to the corruption-riddled government in Kabul.

The Islamic State affiliate, in contrast, is mainly known for its horrific attacks on civilians, which have been widely condemned. It's also seen a largely foreign force, while the Taliban are a homegrown movement.

WHAT IS THEIR RELATIONSHIP TO THE TALIBAN?

While both the Taliban and the Islamic State group want to drive out NATO and impose a severe form of Islamic rule, they are fiercely divided on leadership, ideology and tactics.

The Taliban have been careful to confine their struggle to Afghanistan's borders, and do not accept al-Baghdadi's claim to lead a worldwide caliphate ruling over all Muslims. The Taliban have also, at different times, expressed a willingness to join a peace process for Afghanistan, something IS absolutely rejects.

The two groups have fought turf wars in Nangarhar province, and Russia and other countries have come to see the Taliban as a bulwark against the spread of IS in the porous border regions.