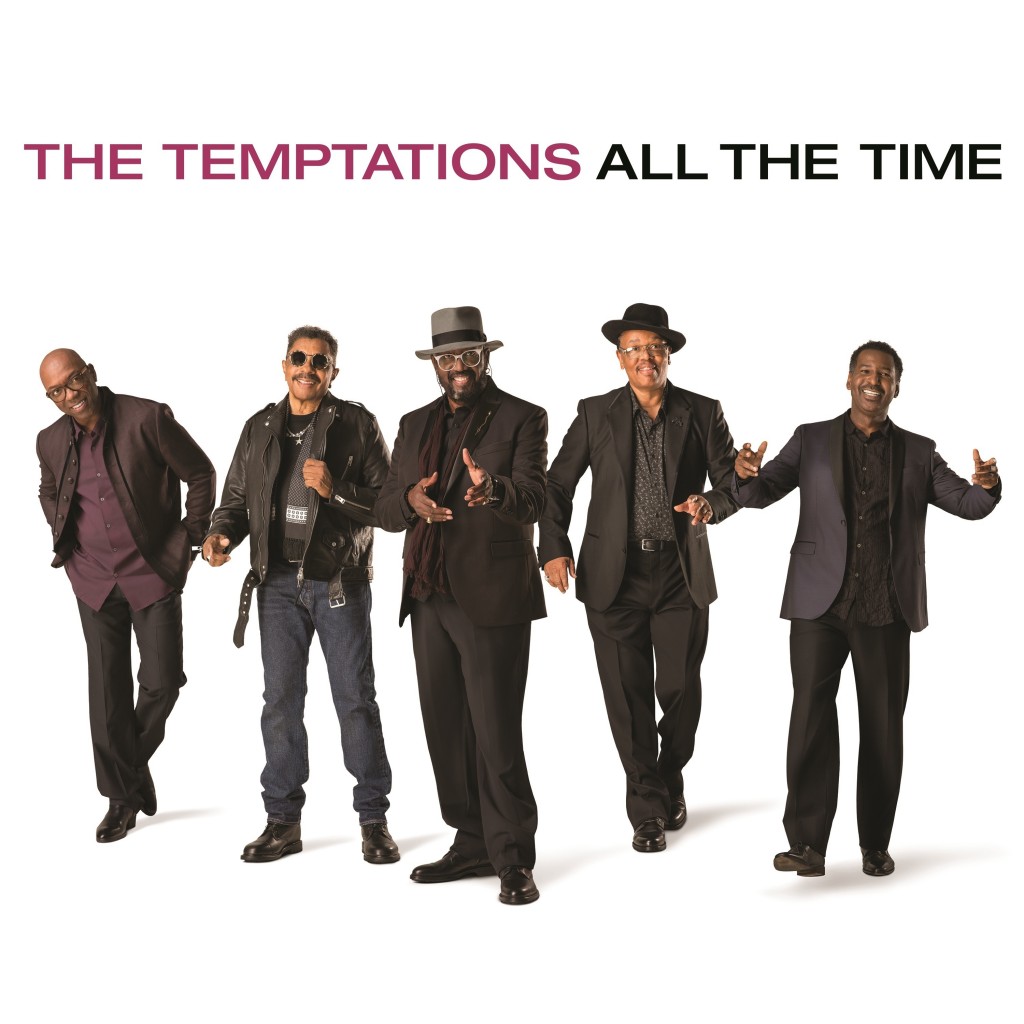 The Temptations, "All the Time" (UMe)

Every music star covers The Temptations at some point. So what happens when this legendary group does its own covers?

The answer is something very special when the Motown icons get their hands on songs by Sam Smith, Bruno Mars, John Mayer, Maxwell, Ed Sheeran, Michael Jackson and The Weeknd. Some covers might even be better than the originals.

The R&B pioneers who gave us "My Girl," ''Ain't Too Proud To Beg" and "Get Ready" are respectful of each tune they handle on the 10-track "All the Time" but still infuse their own gospel-tinged sound and distinct soulful harmonies.

"Still Feel Like Your Man" is stripped of Mayer's sharp guitar work in favor of strings and new R&B clothes. Unbelievably, Smith's astonishing vocals on "Stay With Me" are matched in a white-hot cover (could it be that, maybe, you're not that special, Mr. Smith?).

A fantastic reworking of Sheeran's "Thinking Out Loud" now fits effortlessly into The Temptations' catalog, even deepening its emotion. Mars' spare, piano-driven ballad "When I Was Your Man" is given plenty of strings and background harmonies.

The group transforms the Weeknd's cool, piano-and-strings ballad "Earned It" into a throbbing, steamy soul number, complete with organ and fuzzy guitar. They open up Maxwell's fluttering, slow-burning "Pretty Wings" and give it a fuller orchestral sound. Perhaps the only misstep is their cover of Michael Jackson's "Remember the Time," which is overly processed and heavy.

The Temps — Terry Weeks, Larry Braggs, Otis Williams, Ron Tyson and Willie Greene — also offer three terrific original songs, as if to prove they don't need to rely on covers at all.

"Waitin' On You" is a soulful throwback that sounds classic, the slow jam "Be My Wife" is likely to show up on wedding-party playlists and "Move Them Britches" is so filthy funky that it might be illegal.

So whether it's new songs or old classics — or, as with this album, even somebody else's tune — you can't beat The Temptations. It's the way they do the things they do.