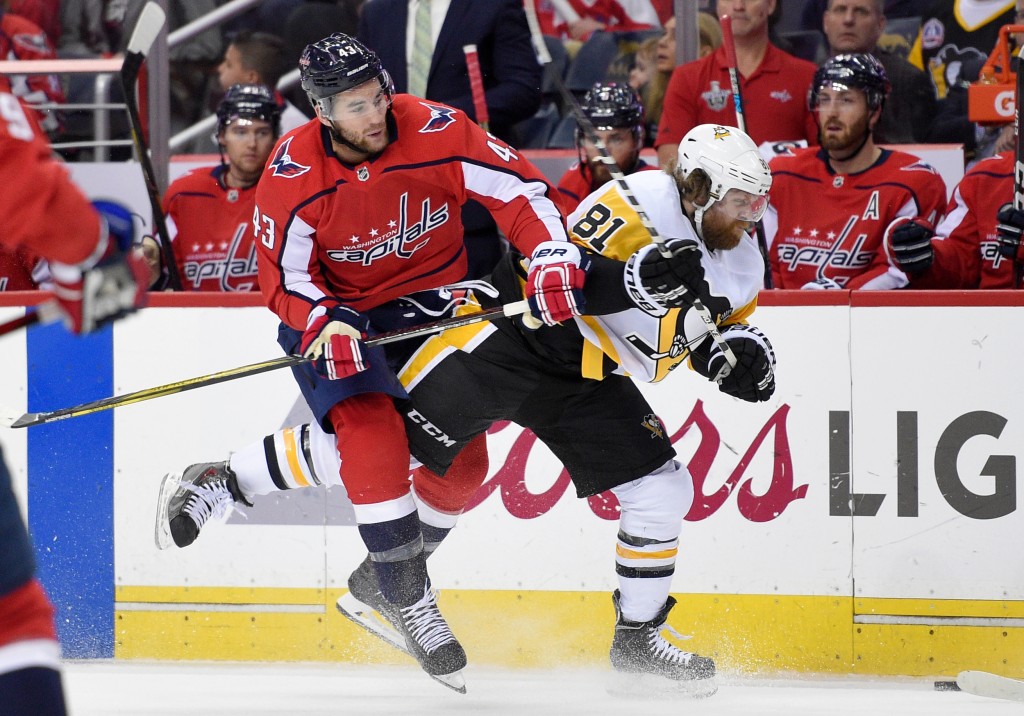 WASHINGTON (AP) — A person with direct knowledge of the decision says there will not be a disciplinary hearing for Washington Capitals winger Tom Wilson for his hit to the head of Pittsburgh Penguins defenseman Brian Dumoulin.

The person spoke to The Associated Press on Monday on condition of anonymity because the NHL does not announce when there is no hearing for a player.

Wilson struck Dumoulin in the head with his left shoulder 4:36 into the second period of Game 2 Sunday. No penalty was called. Dumoulin adjusted his positioning at the last second to brace for a hit from Alex Ovechkin, which was enough to keep Wilson from being suspended. Wilson will be available for Game 3 Tuesday at Pittsburgh.

Wilson said after the game he watched replays and didn't know what he could have done to avoid hitting Dumoulin's head. Dumoulin remained down on the ice for several minutes, went down the tunnel and never returned.

Penguins captain Sidney Crosby and teammates expected the league to take a look at Wilson's hit on Dumoulin in part because of the Capitals winger's track record. Wilson was suspended twice this season stemming from incidents in exhibition games.