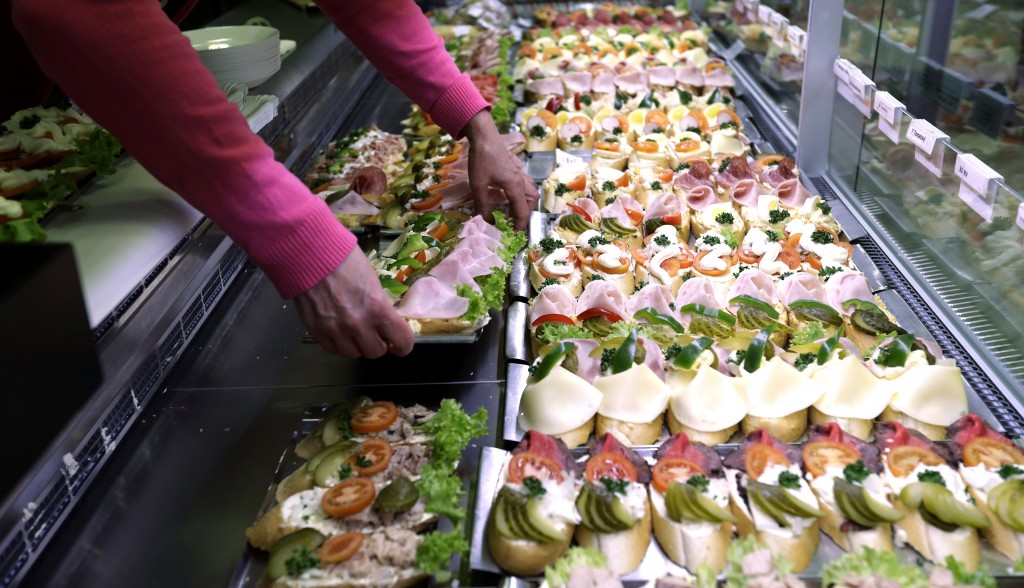 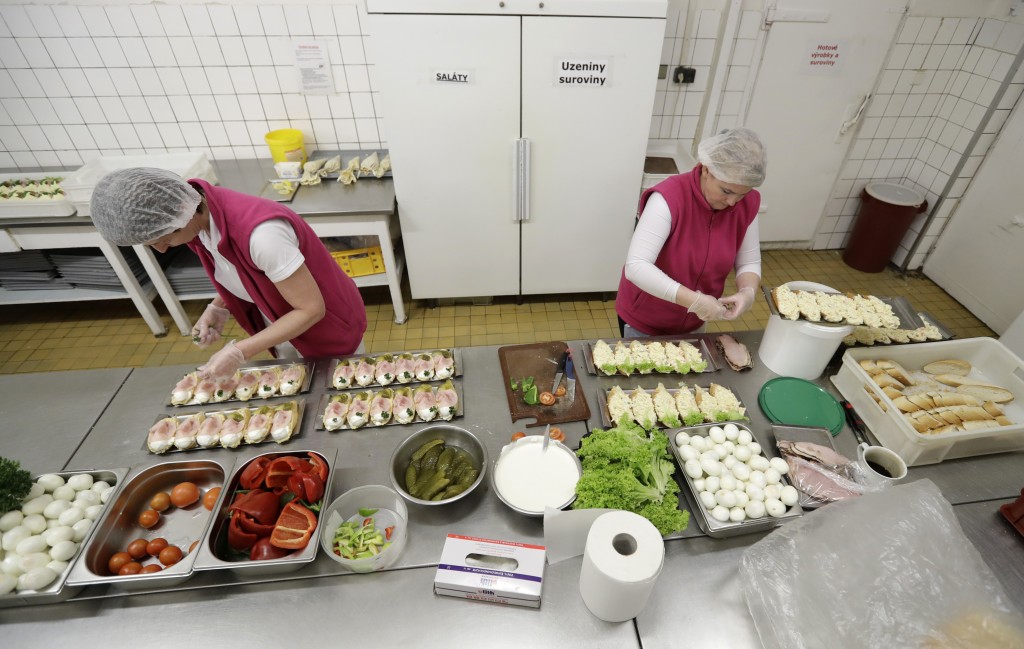 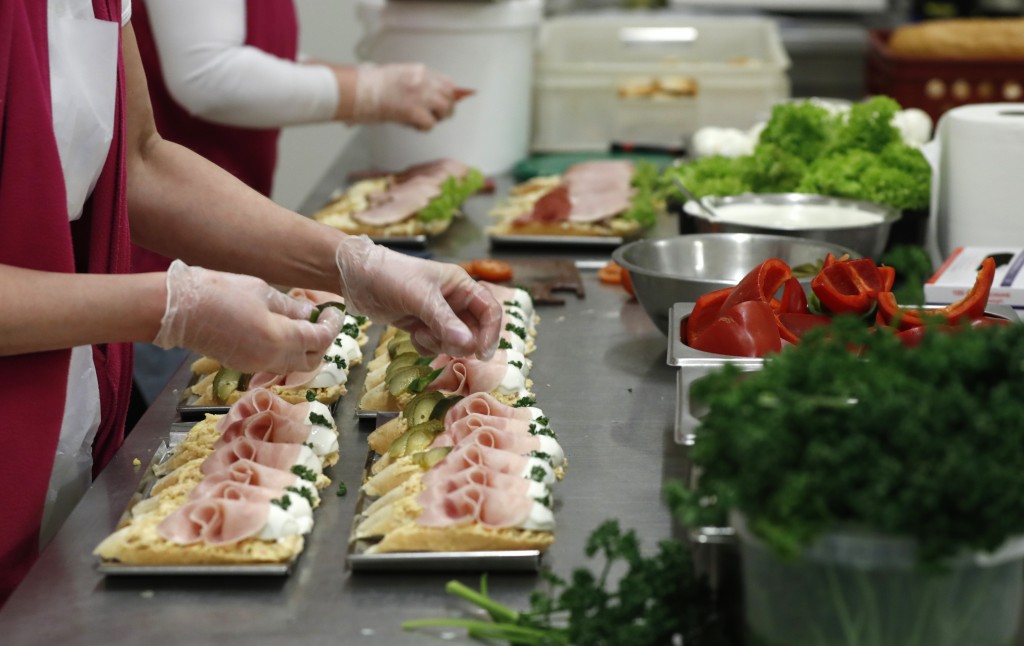 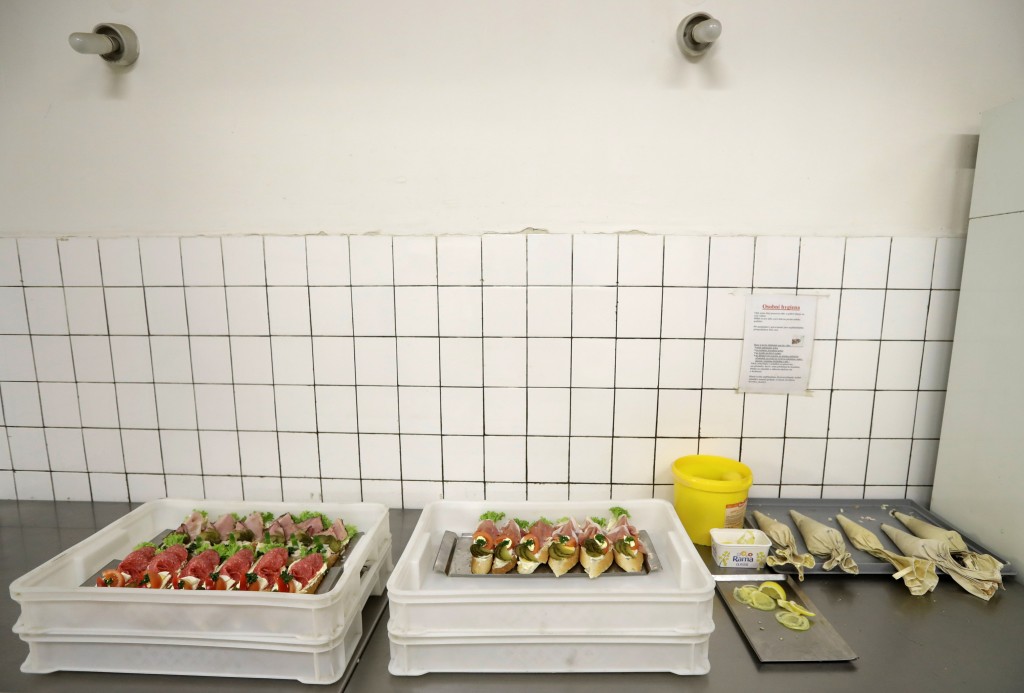 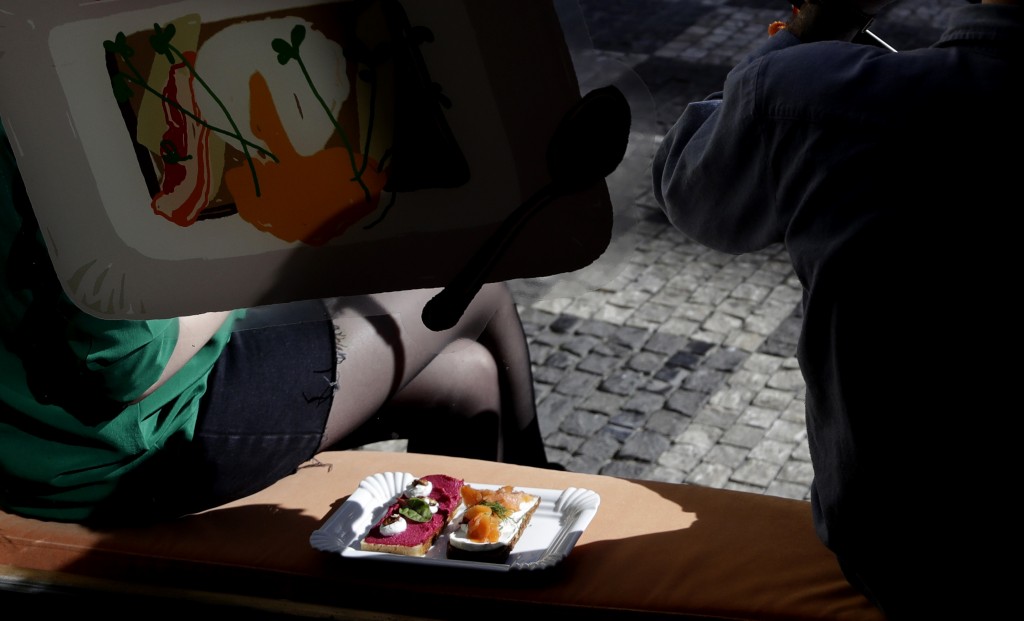 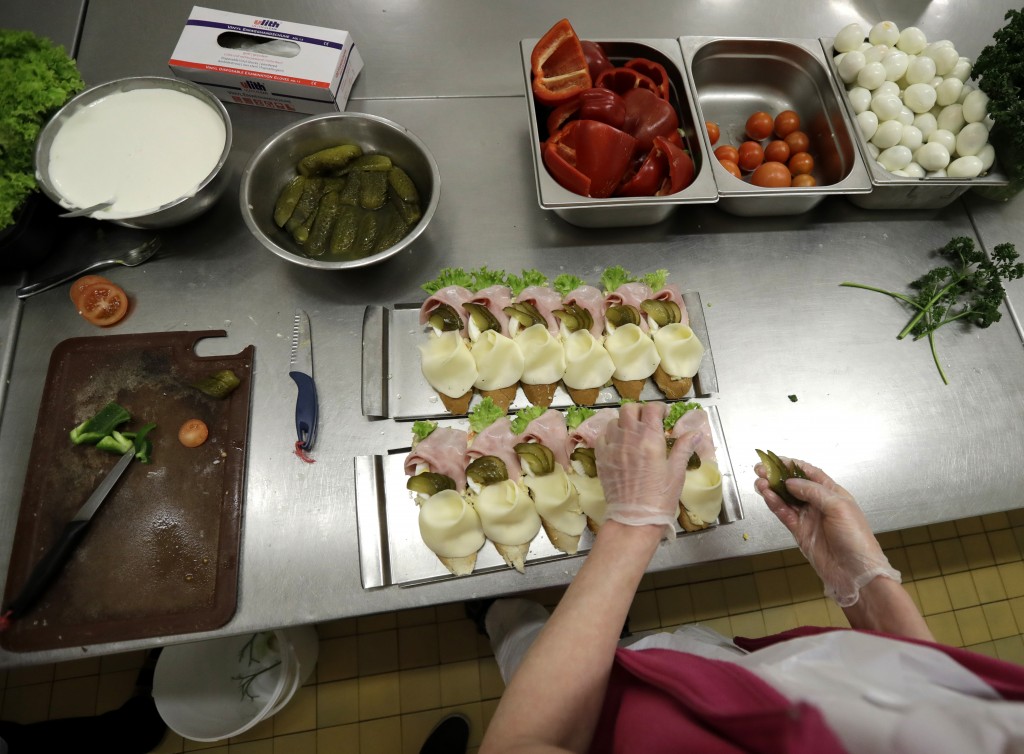 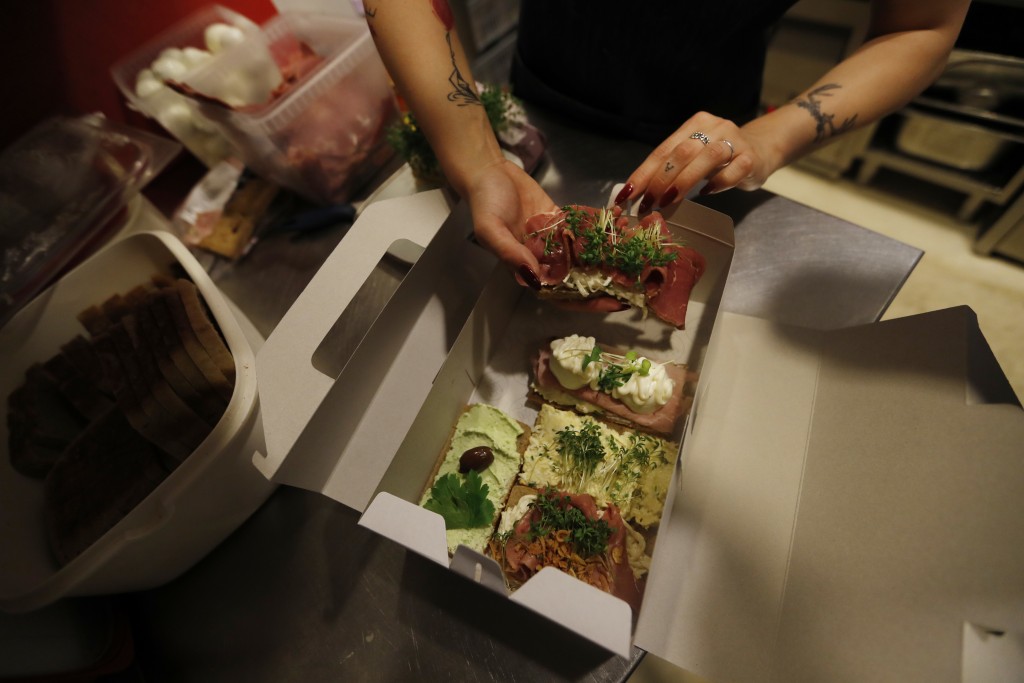 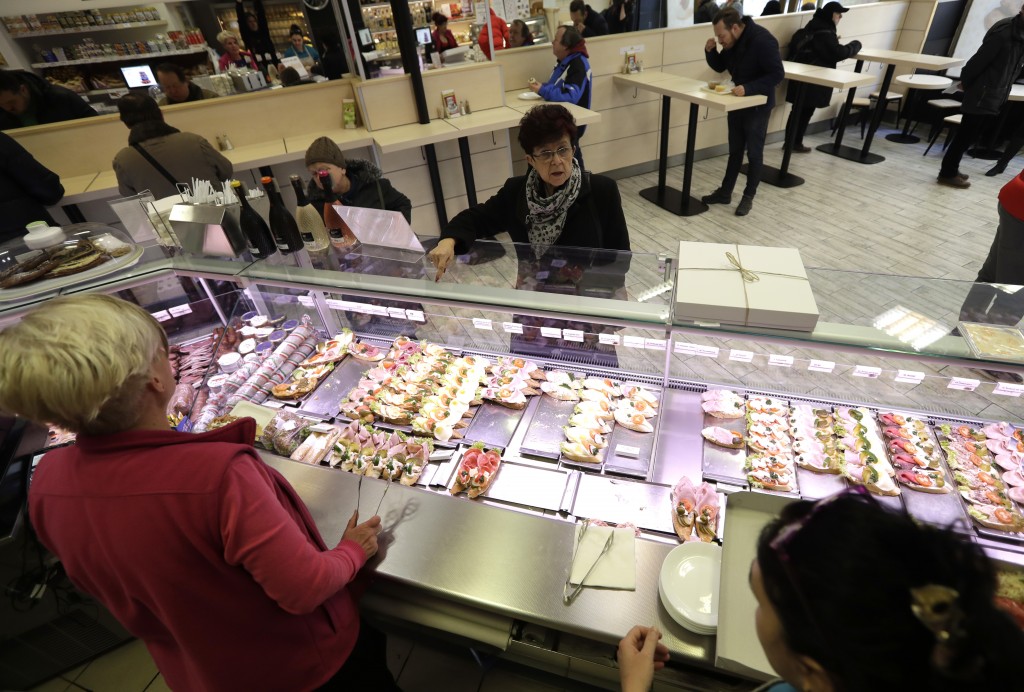 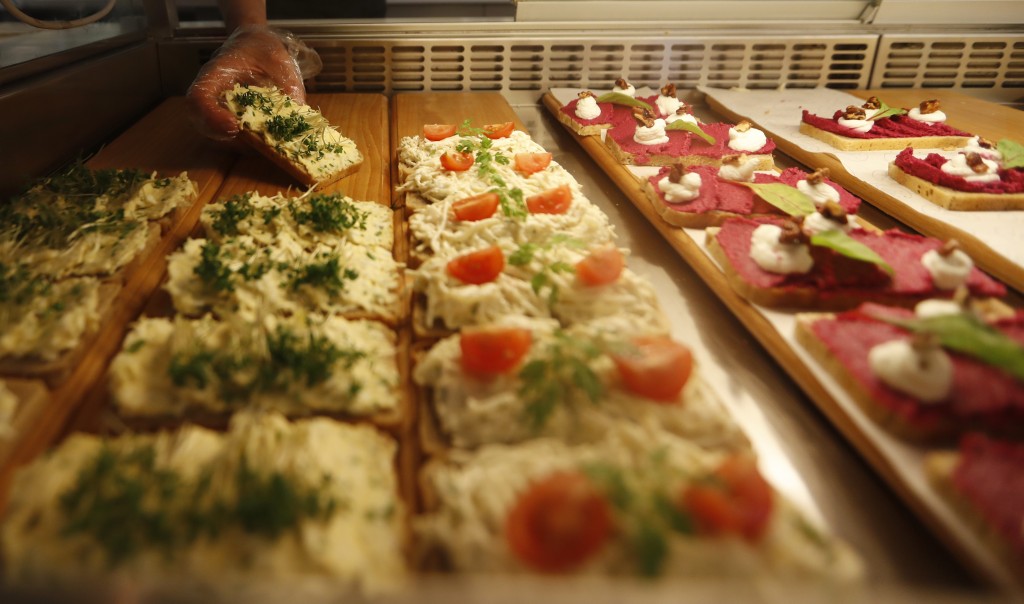 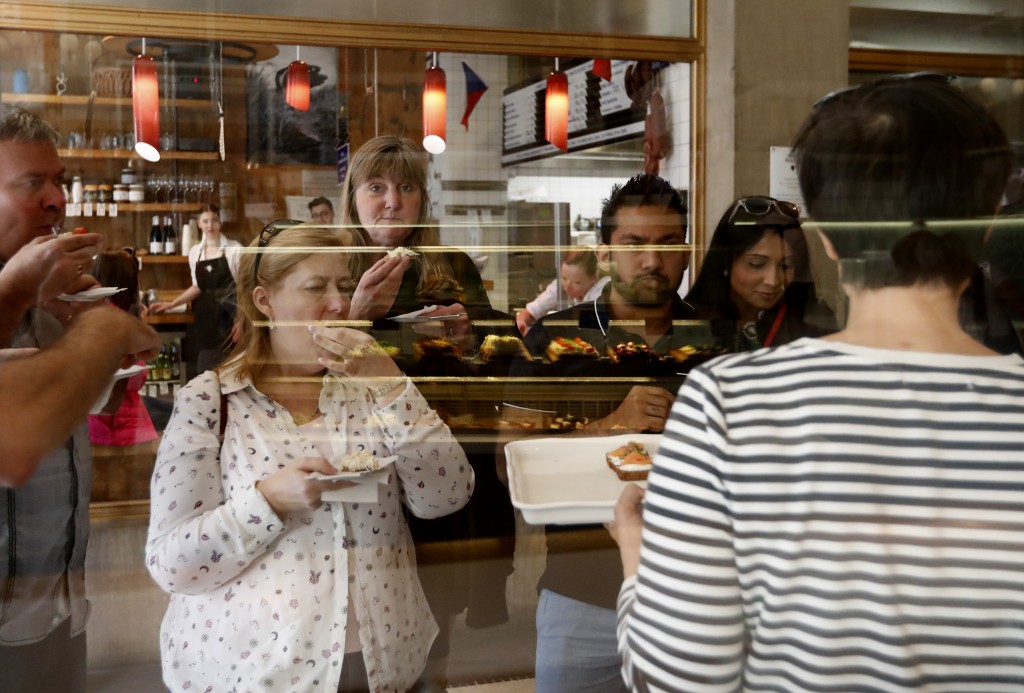 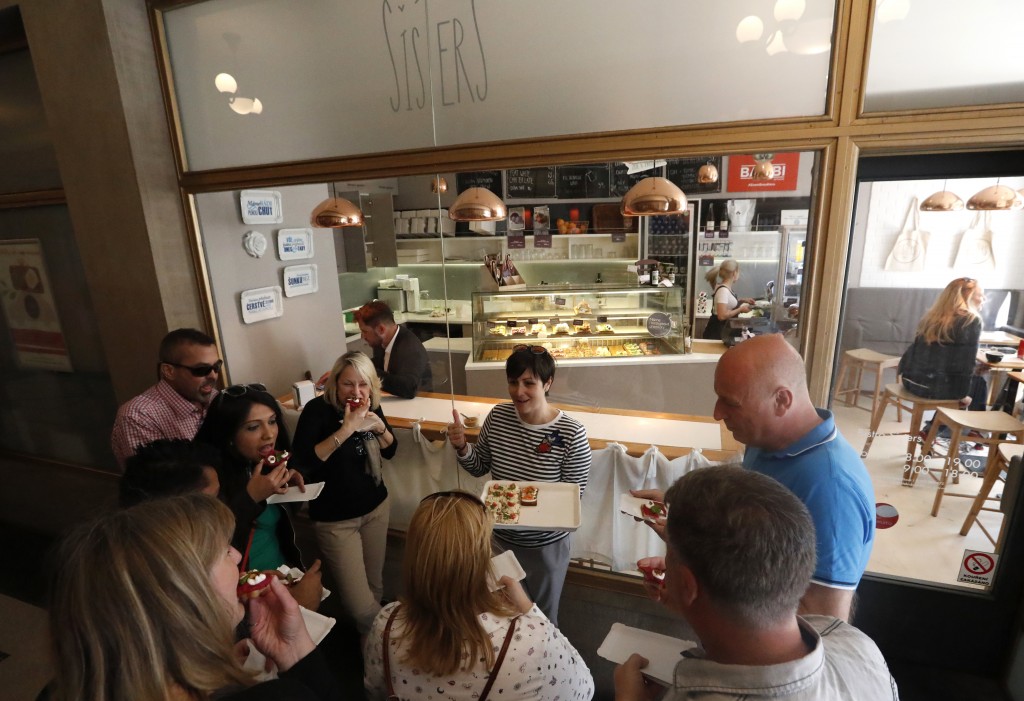 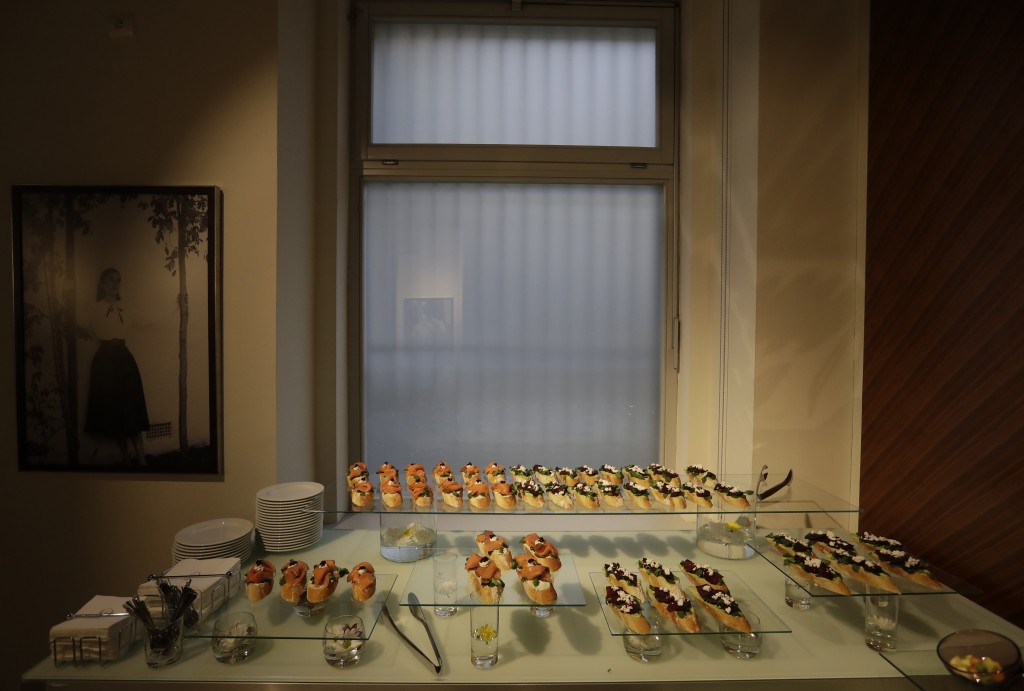 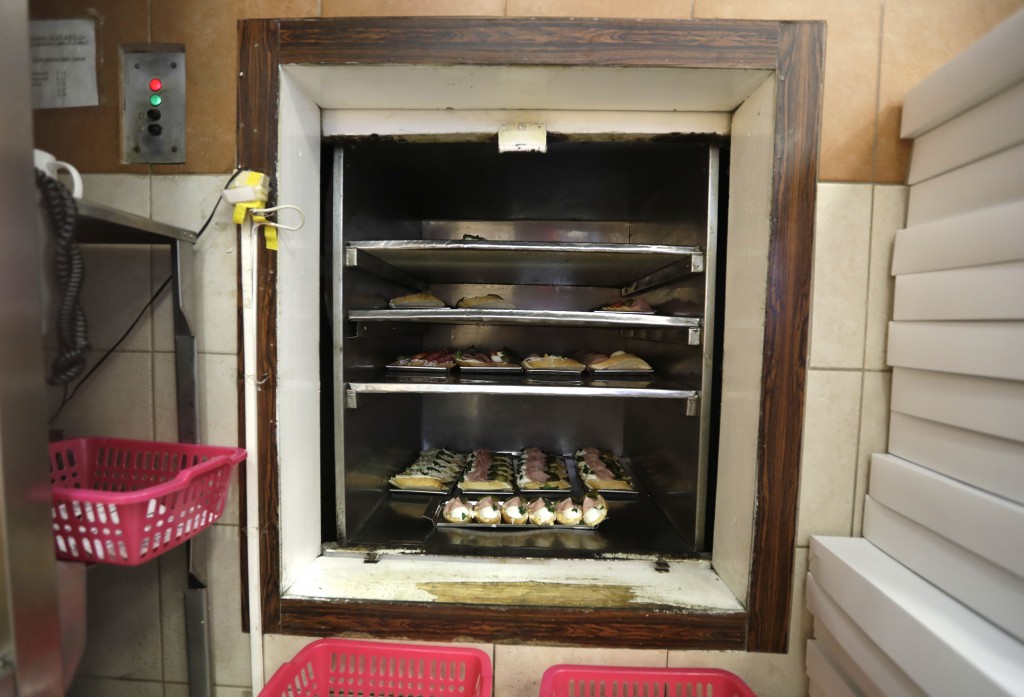 PRAGUE (AP) — Open-faced sandwiches have been a popular Czech tradition since 1916.

The sandwiches have become part of everyday life here, a universal snack that looks good, tastes good and is relatively easy to make. They can be served for any occasion, from formal receptions to informal parties or simply as an affordable fast food for breakfast, lunch or dinner.

Some chefs are innovating, creating new varieties of the sandwich using fresh vegetables and greens to reflect contemporary food trends.

One sandwich-maker hopes to introduce them this year to the U.S. market.

Open-faced sandwiches are also popular in other countries, from Austria to Scandinavia, but the Czech sandwiches have some distinctive features, including their ingredients and unique look.

Here's a look at the delicacy.

Legend says the sandwich was created by accident. It happened when a family friend of Jan Paukert, a famed Prague delicatessen owner, asked for a quick bite, something he could hold in his hand while he was working on paintings in Paukert's cafe. He was served a smaller-than-usual slice of bread with fish paste and anchovy on it. The sandwich was then offered to customers and it's been a hit ever since.

Today, the sandwiches are typically made with one slice of white bread, a layer of potato salad or other salad, a slice of ham, hard-boiled egg, pickled cucumber or pepper, and a parsley sprig on top. They might also have toppings like salami, cheese or fish, often with mayonnaise.

During World War II, the tempting snack was once used as a weapon, to poison four journalists collaborating with Nazi occupation forces.

After the Communists took power in 1948, the choice of ingredients was limited but the sandwich's popularity endured.

In the years since the 1989 anti-Communist Velvet Revolution, cuisines from all over the world have flooded the country, ending its isolation behind the Iron Curtain. But the sandwiches have retained their status as the favorite local fast food.

The Golden Cross has been serving the sandwiches in downtown Prague since the early 20th century. In a large underground kitchen, the same as 100 years ago, up to 25 employees start preparing sandwiches at 5 a.m. They make over 50 varieties, and the sandwiches are taken by a small elevator to the deli above.

"The uniqueness of the sandwich is that it's all handmade," owner Ivana Klinderova said. "It's almost like a piece of art and that's what we like about it."

Klinderova and her business partner are working on a plan to expand their business to New York. They hope to open in Manhattan once they sort out sourcing of the necessary ingredients. The precise location has not been determined.

"America is a relaxed country with many nationalities and many cultures," Klinderova said. "The only thing it misses is the Czech sandwich."

When renowned food expert Hana Michopulu was opening a small bistro in Prague in 2014, the sandwiches were an obvious choice for the menu because, she said, unlike most other local meals influenced by cuisines of other countries, these sandwiches "are very authentic."

But Michopulu offers a departure from tradition, using contemporary food trends to innovate. She makes them on artisanal bread, includes unusual ingredients and relies on fresh vegetables and "micro greens."

"It's all about the flavor that has to be as rich, full and complex as possible," Michopulu said.

Today, her "Sisters" sandwich is popular among the locals and has even become part of food tours in the Czech capital. Michopulu said the variety favored by tourists is made with a beet root paste, goat cheese and a glazed walnut on the top. The meat-loving Czech customers prefer a roast beef version, she said.

"We've been trying to improve the Czech tradition," Michopulu said. "Any food needs innovation to survive."

CZECH SANDWICH: Traditional open-faced Czech sandwiches are served all over Prague for about $1 to $2 apiece. Some popular places to sample them include:

—The Golden Cross, Jungmannova street near the B line subway station Mustek, http://typicalczechdeli.cz

—The Sisters, at the beginning of a food arcade in Dlouha street, walking distance from Old Town Square, https://www.chlebicky-praha.cz/chlebicky

—Chlebicek (the Czech word for the sandwich) Store in the Liben district, which offers vegan versions, http://www.chlebicekstore.cz/homepage_en/

—Bistro Jan Paukert, named for the legendary creator of the sandwich, in the Karlin district, https://www.facebook.com/JanPaukertLahudkarstvi/