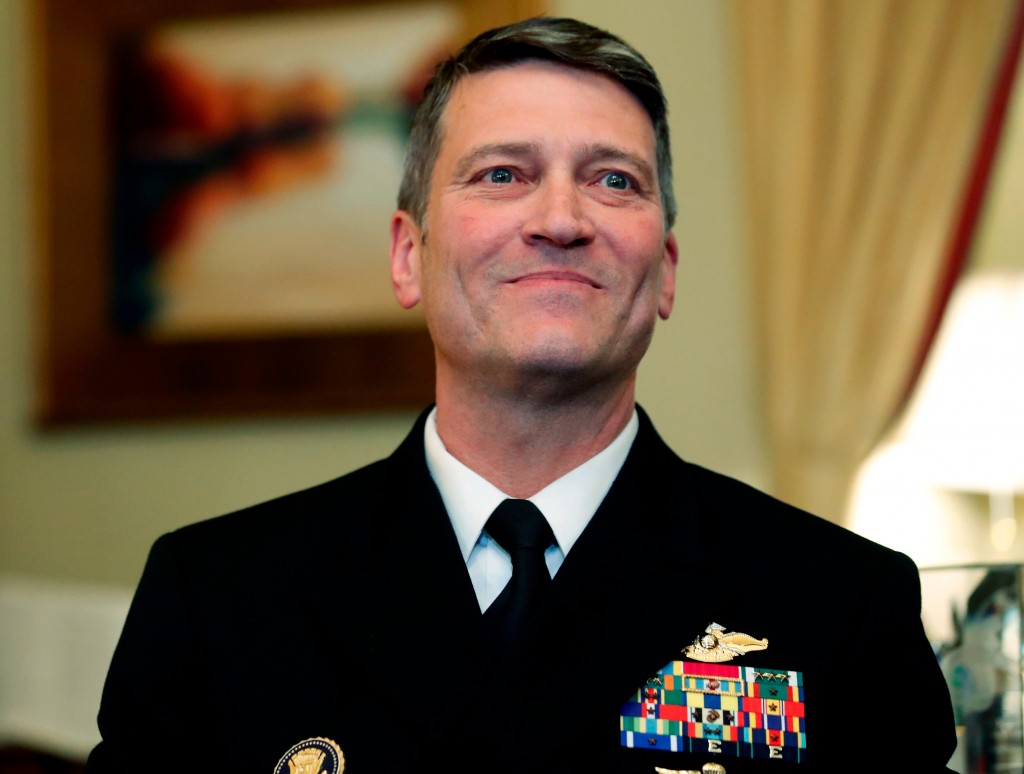 WASHINGTON (AP) — The White House says Dr. Ronny Jackson remains assigned to the White House — but it's not addressing reports the Navy rear admiral won't be returning to the job of President Donald Trump's personal physician.

Jackson abandoned his nomination to be secretary of Veterans Affairs last week.

White House spokesman Raj Shah said in a statement that Jackson is still assigned to the White House, adding that there were "no personnel announcements at this time."

Jackson withdrew his nomination amid allegations that he drank on the job and overprescribed medication. Jackson has denied those allegations.