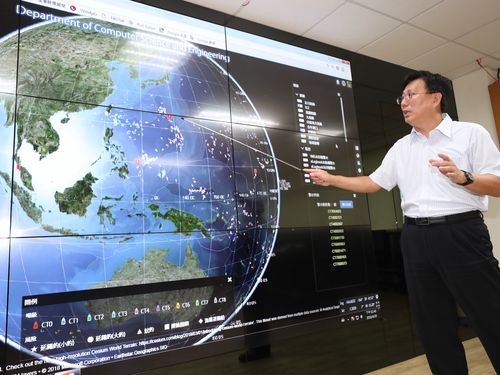 Taipei, April 30 (CNA) Taiwan's fishing boats must fully comply with the government's policy of protecting the local deep sea fishing industry so as to have a "yellow card" issued by the European Union removed as quickly as possible, government officials said Monday.

"As long as Taiwan's fishing vessels fully follow the government's deep sea fishing policy in line with the EU's demands and provide the EU with required documents, we believe that the 'yellow card' will be lifted very soon,"

"The FA will not shy away from any related problems to achieve this goal," Chen stressed.

In October 2015, the European Commission -- the EU's executive arm -- issued Taiwan with a "yellow card," citing insufficient cooperation in the fight against illegal, unreported and unregulated (IUU) fishing.

As part of government efforts to comply with the requirements, 19 local fishing boats have been fined a total of NT$43.82 million (US$1.48 million) for IUU fishing since the beginning of this year, according to Wang Mao-cheng, an FA deputy section chief, who noted that most of the violations involved failures by fishing vessels to transmit data -- information that includes vessel position --recorded on the vessel monitoring system (VMS) as requested.

According to international standards, transmission of VMS data for purse seine vessels should be every hour, but every four hours for longline fishing vessels.

For instance, Wang said, the Taiwanese vessel CT4-1920, which had no VMS installed, was recently fined NT$12 million -- the highest monetary punishment so far -- and had its operating license revoked after it left a foreign port on its own and attempted to cover this up from the monitoring authorities.

The owner and skipper of another Taiwanese fishing boat, the CT6-1380, were also fined NT$4.41 million and NT$800,000, respectively, for falsifying a report of its catch through its e-logbook.

FA Director-General Huang Hung-yen said that whether the fishermen are willing to stick to the government's laws and regulations is key to any EU decision to remove Taiwan from its "yellow card" warning list.

If the EU decides to upgrade the warning to a "red card," it will entail a ban on Taiwanese fishery products to the EU, resulting in an estimated loss of between NT$50 billion and NT$60 billion, and lead to unemployment in the fishing industry, according to the FA.