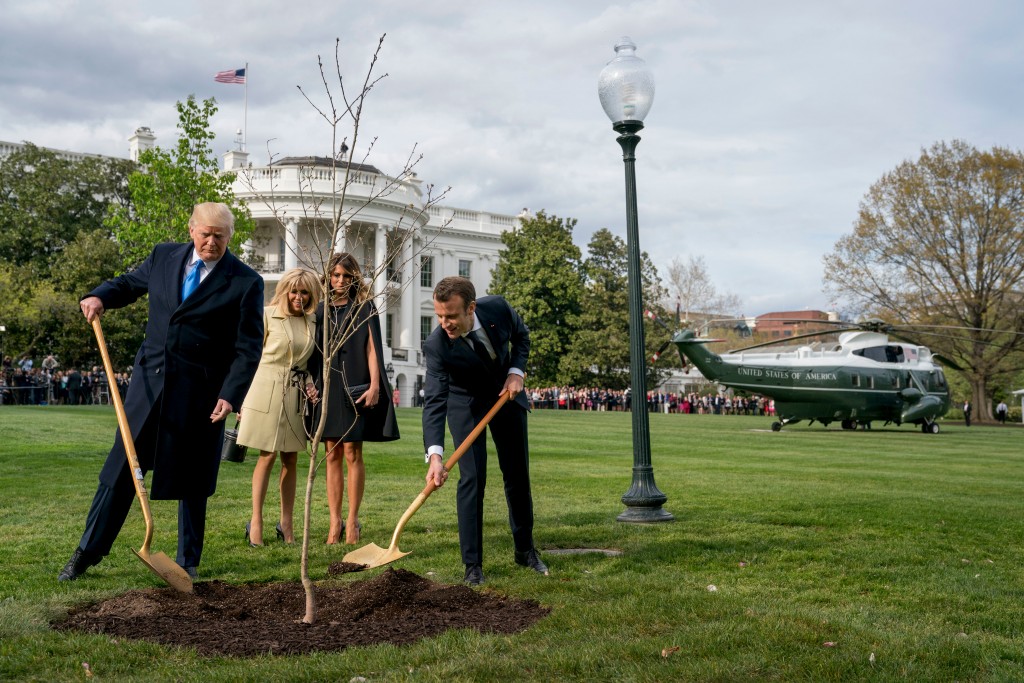 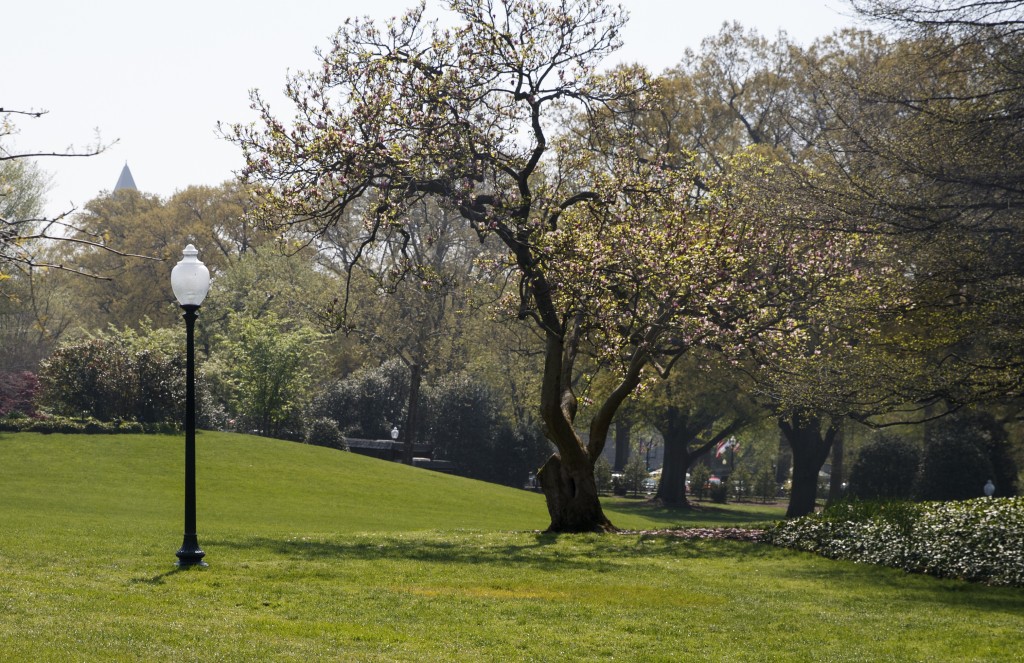 PARIS (AP) — The French president's office says there's nothing mysterious about the disappearance of an oak tree he planted on the White House lawn.

It was put in quarantine, like other plants or animals brought into U.S. territory.

The sapling was a gift from French President Emmanuel Macron for his state visit to U.S. President Donald Trump last week.

An official in Macron's office said Monday that Trump insisted on holding a symbolic planting ceremony alongside Macron despite the quarantine requirement. The official said both sides knew all along that the tree would go later into quarantine.

A pale patch of grass now covers the spot.

The oak originally sprouted at the World War I Battle of Belleau Wood in northern France, where about 2,000 U.S. troops died fighting a German offensive.