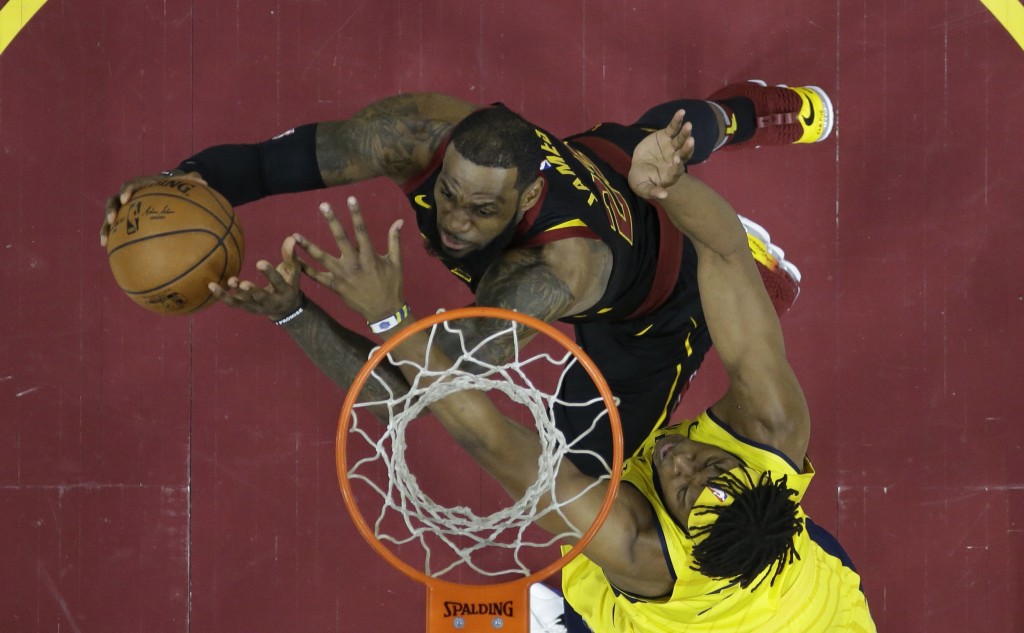 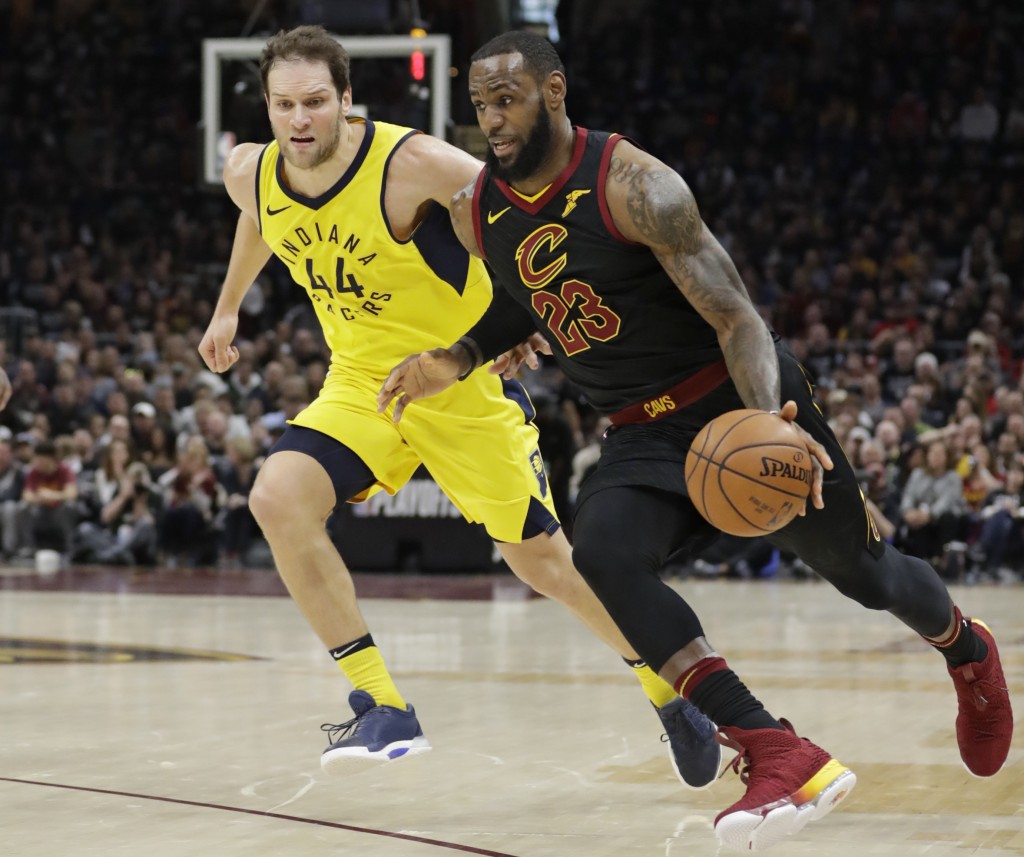 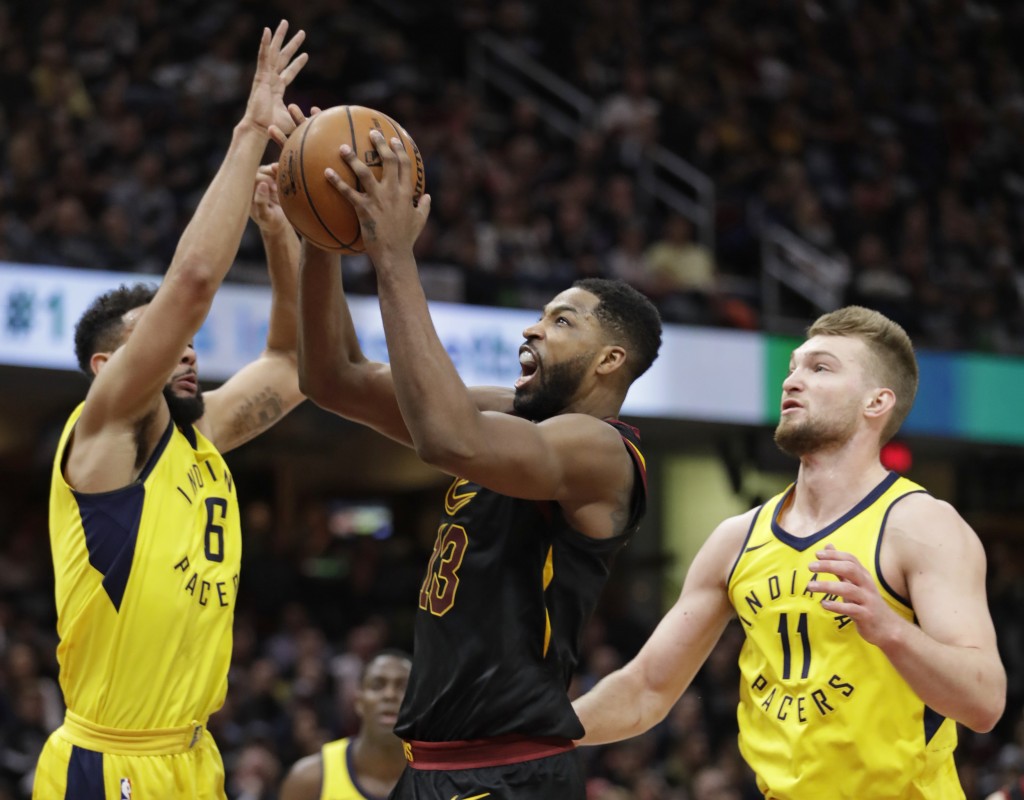 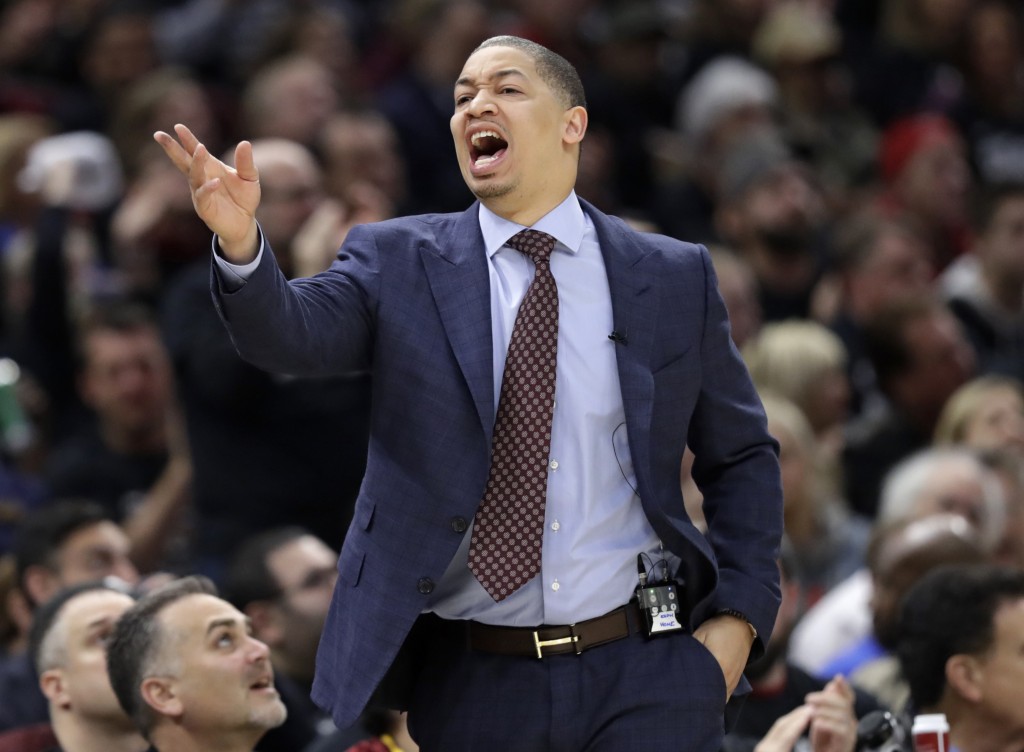 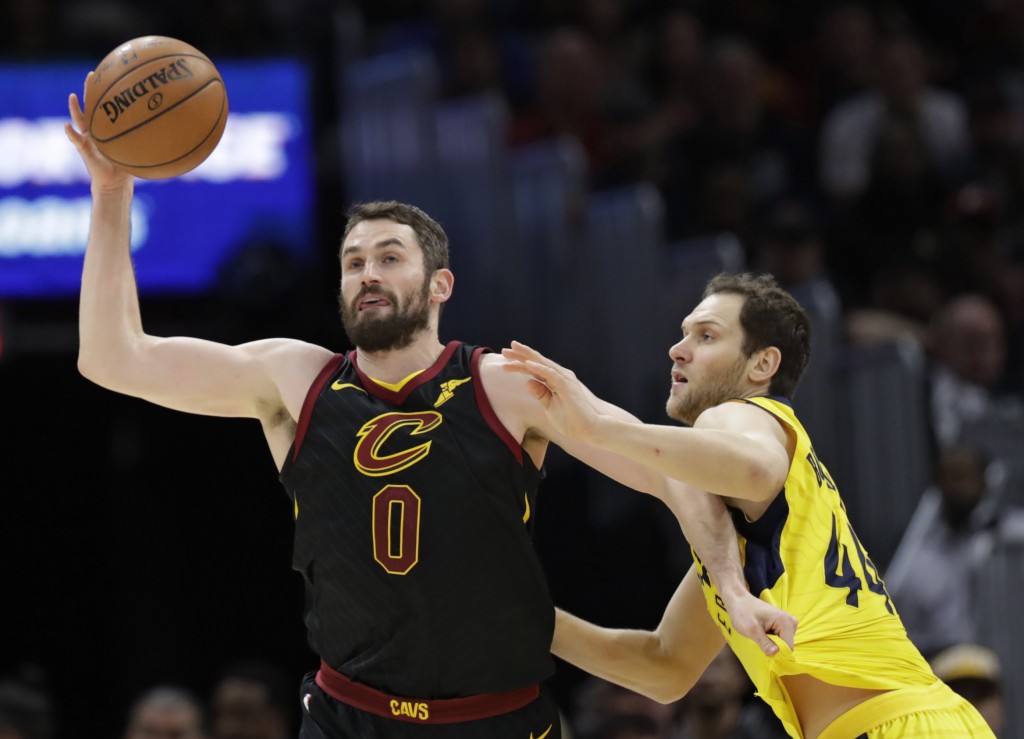 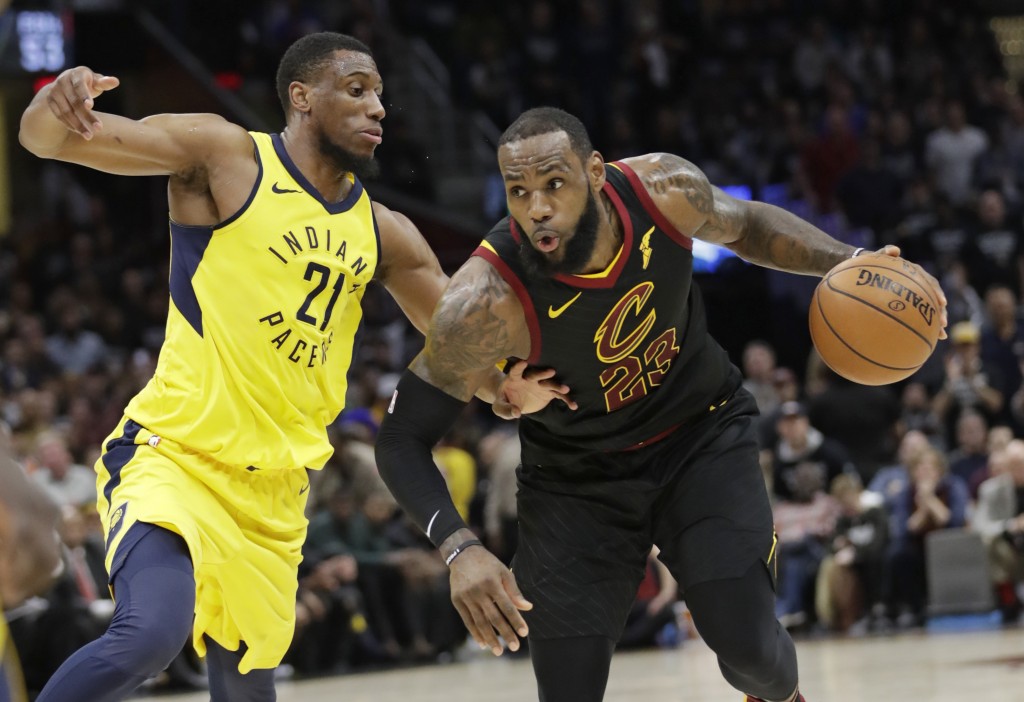 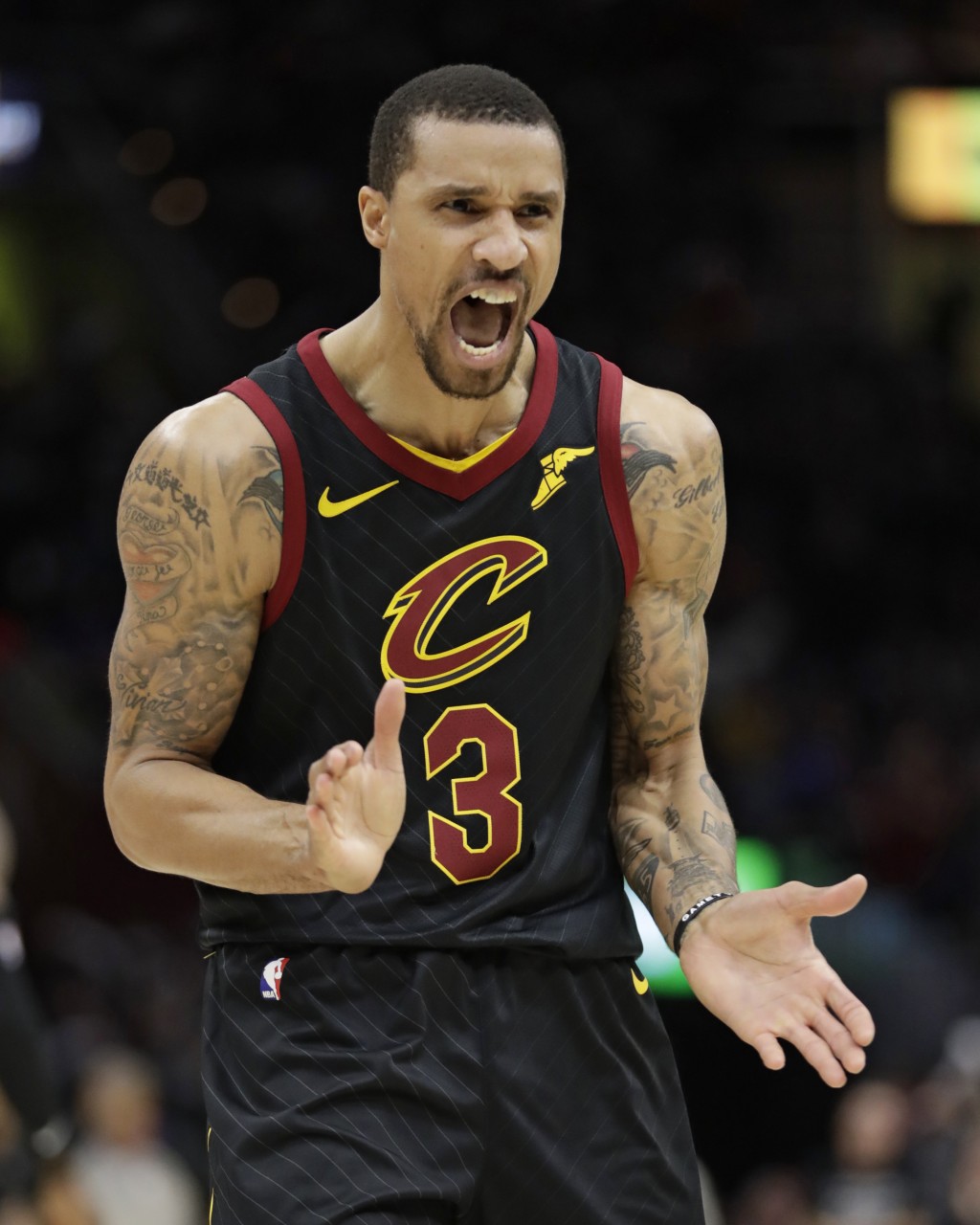 CLEVELAND (AP) — LeBron James walked sluggishly down a corridor inside Quicken Loans Arena following Game 7 surrounded by the usual squadron of security personnel, some business associates and his publicist.

Each step seemed a challenge. His eyes were heavy. He ached from head to toe. He wanted to lie down.

James was moving on to the second round of the NBA playoffs — almost on his hands and knees.

"I don't think he's appreciated enough for just how much energy he puts into every single game to do what he does," Cavaliers forward Kyle Korver said of James. "It's just unbelievable."

Pushed to his physical limits by the Indiana Pacers, and barely helped by Cleveland teammates until they finally showed up when it mattered most Sunday in a 105-101 win, James willed the Cavs into the next round, where they'll face the top-seeded Toronto Raptors for the third straight postseason.

If the Indiana series was any indication, James might have to do it again.

James scored 45 points — his third game over 40 in the series — and the 33-year-old added nine rebounds and seven assists in 43 exhausting minutes as the Cavs closed out the Pacers, a team they swept in the first round a year ago. James, who improved to 13-0 in the first round, would have played all 48, but he succumbed to leg cramps in the third quarter and had to go to the locker room for treatment and fluids.

But while he was out at the start of the fourth quarter, something unexpected happened. The Cavs didn't collapse, and just maybe showed that they're going to be a much different team when they face the Raptors.

As James caught his breath, Cleveland went on a 10-2 run. Kevin Love, who may have nightmares about Indiana's big men for some time, hit a 3-pointer, and George Hill, in the rotation after missing three games with back spasms, attacked the rim. By the time James checked back in, the Cavs had pushed their lead to 10 and only had to withstand one more charge to silence the Pacers.

For Cavs coach Tyronn Lue, the 3:35 stretch was vital. Not only did the Cavs survive without James, they thrived and potentially gained some confidence.

Even bigger was Lue's decision to change his starting lineup once again. For the fourth time in the series, and 34th time this season, Lue used a different starting five. But unlike all the other combinations, this was one he could trust as he played the steady Korver along with James, Love, J.R. Smith and Tristan Thompson, the four players left from the 2016 championship team.

Lue, who has had to mix and match for months because of injuries and a roster revamped by trades, returned to a proven group, and the move paid off.

Thompson, who had played 24 total minutes in the first six games, made his first start since March 28 and scored 15 points with 10 rebounds in a season-high 35 minutes. His presence made the Cavs better at both ends, and he brought an interior toughness that had been missing against the Pacers. He picked up two early fouls on Indiana's Myles Turner, who fouled out.

"That's the Tristan that we know," James said. "Giving us extra possessions, catching the ball on the rolls and finishing. Just his energy, his effort. That's how he's made his name in this league, by just being high motor and being able to outwork who's ever across from him."

Thompson could have an even larger role against the Raptors and their massive front line anchored by 7-foot center Jonas Valanciunas.

Hill's return was critical for the Cavs, not only in Game 7 but going forward. With playoff first-timers Jordan Clarkson and Larry Nance struggling and Rodney Hood still not playing the way Cleveland needs, the 31-year-old Hill, who was on a minutes' restriction in the series finale, gives Lue another dependable veteran. He was sorely missed for three games against Indiana.

Fortunately for the Cavs, James has been indestructible.

He averaged 34.4 points on 55.3 percent shooting, 10.1 rebounds, 7.7 assists and 1.4 steals during a series in which he played 41.4 minutes per game. With speculation rampant about where he'll play next season, James made sure this one will continue.

Thompson said James inspires everyone around him.

"Whenever you've got the best player in the world or your leader on the team giving everything he's got, whether he's playing the point guard position, guarding, rebounding, blocking shots, assisting, for me and the younger guys, we've got to pick it up," he said. "We've got to give everything we've got. If he's giving 100 percent, we've got to give 120. We have to find that extra boost and go out there and fight with him.

"We're a team and he goes to war for us every night. We've got to do the same thing."

James could us the help.